Four acts will play each date, plus a headlining set from the Coronas.

The Coronas have released the day by day line up for their inaugural Nowhere We'd Rather Be festival in Killruddery House & Gardens, Bray, set to take place during the August bank holiday weekend, July 31 and August 1.

Tom Walker, Lyra, True Tides and Somebody's Child will play on Friday. Hudson Taylor, Gabrielle Aplin, Aimée and Thanks Brother will take the stage on Saturday. The Coronas will headline both dates.

In the eight months since The Coronas last released music, they’ve headlined their own travelling festival, performed a run of special shows in their hometown, and released a live album – all while recording their highly anticipated new album in London’s prestigious Eastcote studios.

Tickets for Now Where We'd Rather Be are €55.85 incl. booking fee, and go on sale this Friday, January 31, at 9am from Ticketmaster. 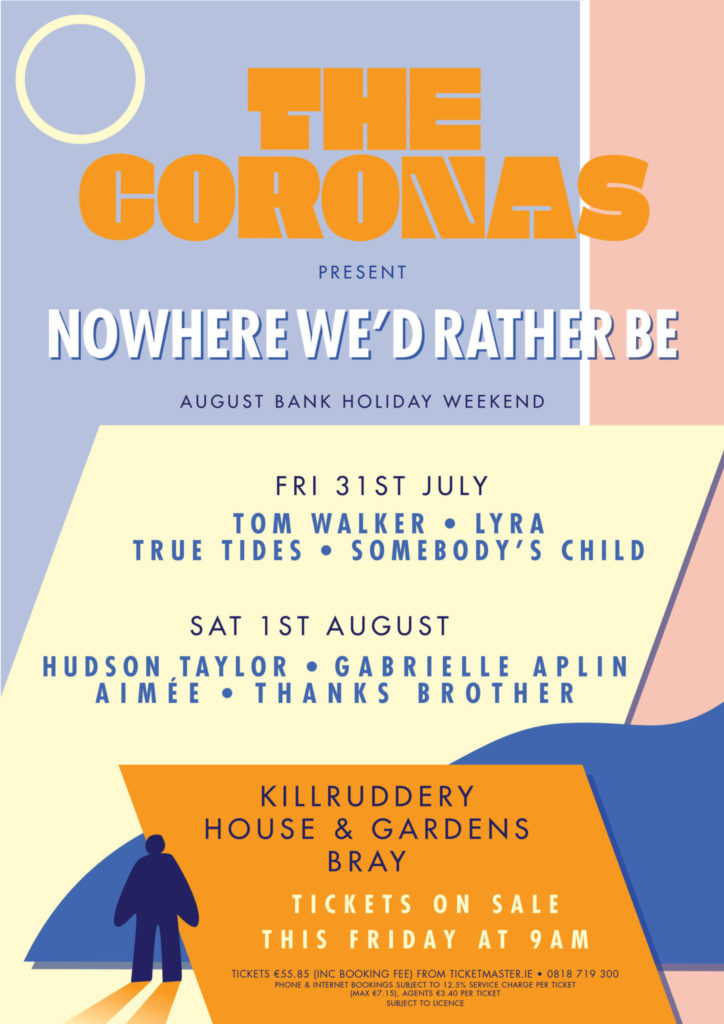