Just before record store day, Dylan sent his thanks and a signed album to Tower Records Dublin.

Music icon Bob Dylan expressed his appreciation for the support Tower Records has given him over the years. He also sent Tower Records Dublin a signed copy of his 1997 album Time Out Of Mind.

Tower Records Dublin reported the news on their Twitter:

It is now hanging pride of place behind our counter in Dawson St.

Thanks a million @bobdylan #legend pic.twitter.com/Y8EDiR79Hq

77 year old Bob Dylan won the Nobel Prize for Literature in 2016. Dylan was the first songwriter in history to be awarded the prize. The music legend has captivated listeners and influenced countless artists for generations with his iconic folk songs and lyrics. The signed album is now hanging up in their Dawson St. location. It reads: 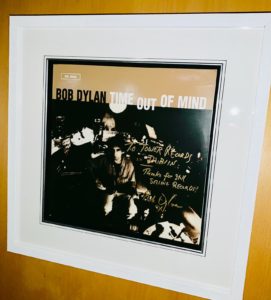 Tower Records Dublin has proudly featured many of Dylan's recent releases at their Dublin stores. Tomorrow is the eleventh annual Record Store Day. The international event celebrates the contributions of record stores to music and their local communities. 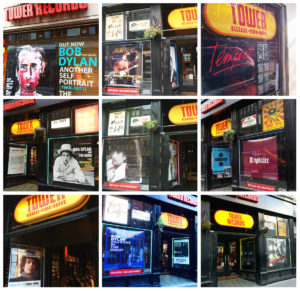 U2 members share 'Songs That Saved Our Lives' Spotify playlists
On this day in 1975: Bob Dylan released Blood On The Tracks
Bob Dylan labels lawsuit over alleged sexual abuse "ludicrous"

MOST READ 2021: Bob Dylan - In A New York State of Mind
MOST READ 2021: Pablo Dylan - Bob Dylan's grandson on his new EP and his Irish roots
Shane MacGowan reveals new art book featuring tour snaps with Bob Dylan, Kate Moss and more
Bruce Springsteen sells his masters and publishing rights to Sony for $500 Million
Conor McPherson's Dylan musical Girl From The North Country is returning to Ireland – with tickets on sale now
“Van and Jim had startlingly similar personalities: quiet and introverted one minute, loud the next": The Doors' Robby Krieger