Anne-Marie has been announced as the latest headline act for Indiependence’s 2023 festival.

Following a sold-out 3Arena show earlier this year, and an exhilarating performance at Electric Picnic, the pop-star will be heading to Mitchelstown, Cork for Indie23.

Having made her pop debut in 2016 (providing the vocals for Clean Bandit's number-one-hit hit ‘Rockabye’), Anne-Marie's distinctively fun sound has become a mainstay in the Top 40 charts. Her latest studio album Therapy landed last year, featuring a collaboration with Ireland's Niall Horan. 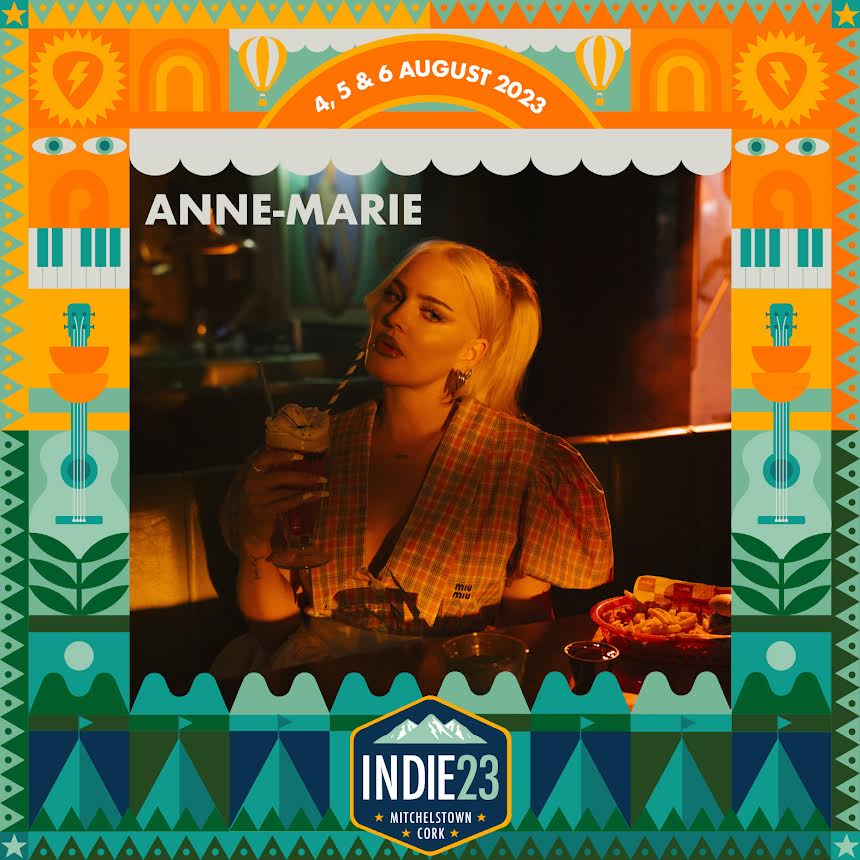 The festival is due to take place next August 4th, 5th and 6th. The singer is just one amongst a stellar line-up that include Inhaler, Raye, Jax Jones, Two Door Cinema Club, Annie Mac, The Coronas and Belters Only.

Tickets are selling out fast. With only a limited number of tier-one tickets still on sale, full-price weekend camping/non-camping tickets will soon be available from Ticketmaster.

Following last year’s success, the Dance Arena will be expanded for 2023’s festival, with DJs such as Paul Woolford, Arielle Free, Saffron Stone and Adelphi Music Factory all set to make an appearance.

Indie23 has promised to include its much-loved staples, which include the Beer Hall and the 80s vs 90s, amongst other festival favourites. Pitched Perfect Camping is also returning to make your camping adventures easier with online booking now open.

Tickets can be found on Ticketmaster.ie.

Revisit our 2021 interview with Anne-Marie here.