The English singer-songwriter dazzled with pop goodness at 6pm on Saturday's main stage - playing an array of new and old tracks.

Running onto the Main Stage of Electric Picnic just as the rain eased, Anne-Marie greeted the building crowd, screaming: "Are you ready to sing?"

The British singer-songwriter is famously bubbly, known for putting on a fantastic show, regardless of festival or headline show.

An enthusiastic, young audience - her typical catchment - greeted the singer with incredible applause as her opening track 'Ciao, Adios' echoed from the speakers. Donned in classic Anne-Marie attire - a plaid skirt and white crop top - the musician took great time to engage with the crowd. "Are we ready to have a good time, yeah?" the English songstress shouted.

Energetic isn't a strong enough word to describe the beginning of this performance - it was like the singer had a point to prove and wasn't stopping 'til she covered every inch of the stage.

"This song really pisses me off," the musician divulged of her next track, "get angry with me." Singing to "anyone who's ever been cheated on," Anne-Marie launched into 'Alarm', another piece from her 2018 album Speak Your Mind. With every word uttered, flocks of youngsters rush to the front of the stage, singing and dancing along.

Finally clearing from the day's latest torrential downpour, the singer gleefully exclaimed: "Now the sun is shining! We can never be happy." Filling the stage more powerfully than some five or six piece bands, the singer invited the audience into a competition, comparing one sides screams to the other. The audience steadily filled out, just in time for 'Psycho' - a track from her upcoming third album. 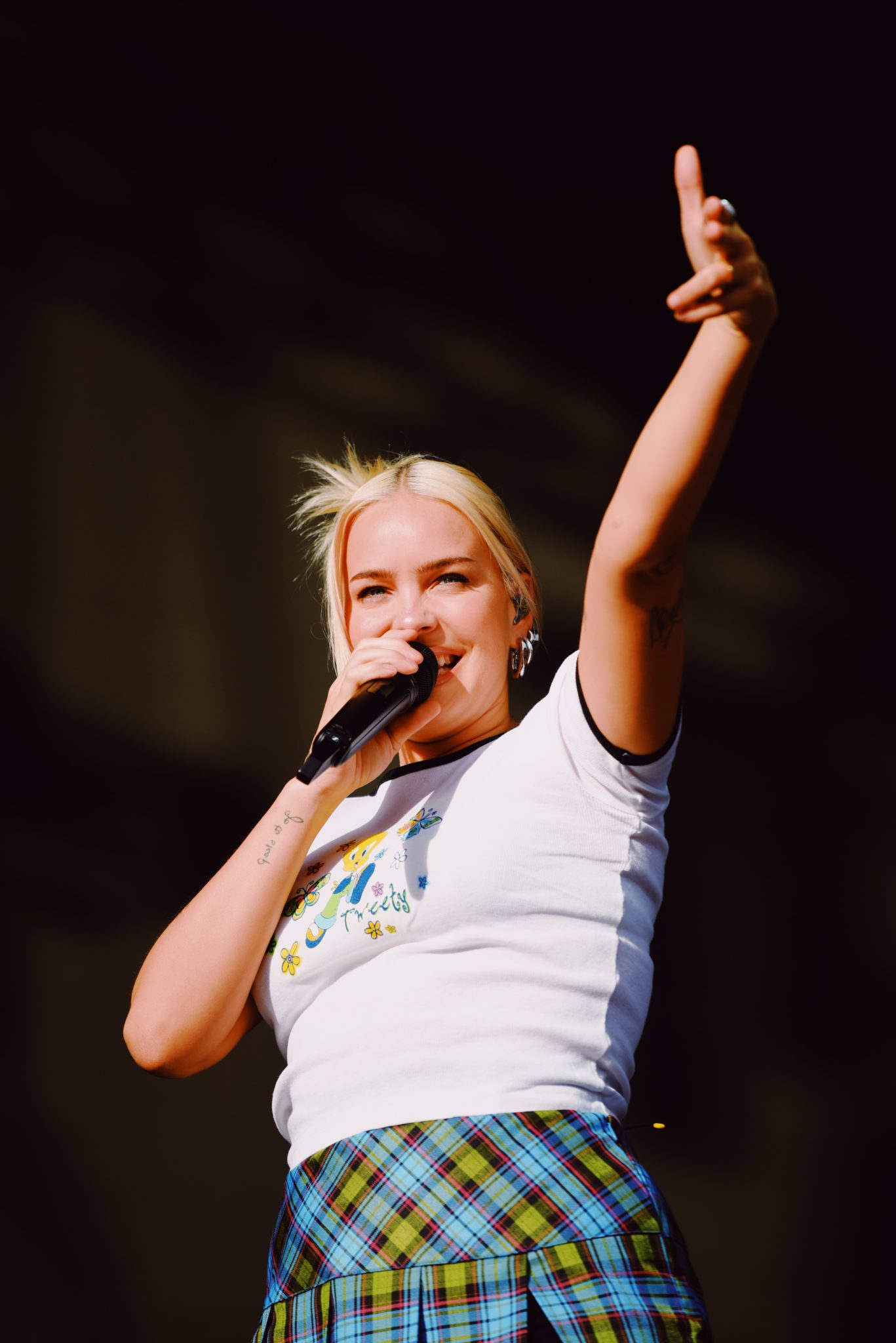 Anne-Marie Rose Nicholson, the singer's full name, was treated to a crowd-wide "olé, olé, olé", while she looked out - stunned at the size of the crowd before her.

Next up, the singer informed the crowd she'd be singing an older song, and wondered if the crowd would be familiar with it. She started out the first few words of the 'Rockabye' chorus before the audience took over, singing the whole chorus unaccompanied. "That was too good," the singer joked, "if you could not make me look bad that would be great." The instrumental accompaniment then started, with Nicholson dedicating the track to "all the single parents out there."

Usually joined by ex-one directioner, Niall Horan for this track, the Brit took on 'Our Song' next to rapturous applause. Taking a self-love moment, Nicholson continued on to 'Beautiful' before taking a seat on the stage to sing a pulled back version of 'Perfect'. An emotionally raw vocal dominated this performance, with the singer joking with the crowd throughout.

'2002' preceded an "oldies" compilation of Britney, Snoop Dogg, Spice Girls - the list goes on. Pyrotechnics accompanied one of the singer's most well-known tracks, while the crowd danced along to the uptempo, catchy beat.

'Birthday' acted as the second last track of Anne-Marie's unfortunately short set, with a huge crowd now gathered for her dynamic and vibrant performance.

The highest streamed song by Nicholson closed the set, 'FRIENDS' sent the audience into chaos, with thousands screaming back lyrics to the singer. The visuals for this closing track were phenomenal, with the song's words trailing across the screen. Nicholson took this opportunity to pay the crowd a visit, getting off the stage and up onto the barriers - giving a little bit of love back to the fans. 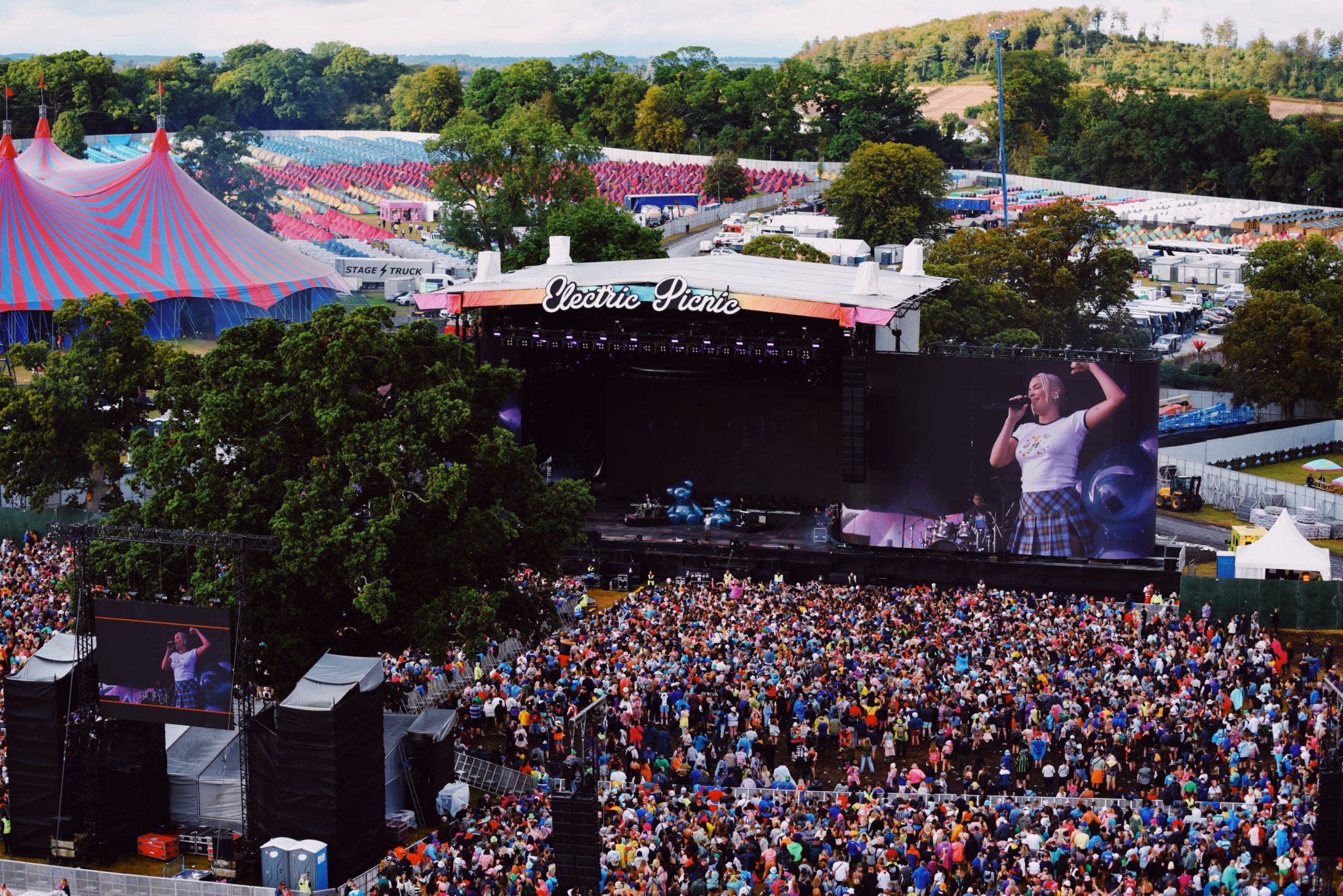 Energy dominated this performance, with Nicholson really showing off her ability to entertain a crowd. If you hadn't known who sings a massive portion of the pop hits of the last 5/6 years, you would know after this set, with her lyrical dexterity and vocal prowess made evident on the biggest stage of EP.