I Used To Be Famous tells the extraordinary story of a washed-up boyband star joining forces with an autistic drummer to have another shot at the big time. From that unusual premise, director Eddie Sternberg and producer Collie McCarthy have crafted a cinematic gem, which is having a real world impact on the issue of representation.

Heartfelt dramas with grit and humour are perennial cinematic favourites. The likes of Inside I’m Dancing, Billy Elliot and The Full Monty – all huge box-office successes – spring to mind.

The good news is that the upcoming music-infused flick I Used To Be Famous will surely join the aforementioned line-up. It tells the gripping story of a struggling former boyband star, Vince (Ed Skrein), who teams up with an unlikely partner in autistic drummer Stevie (Leo Long), to try and grasp again for glory. It is powerful, emotional stuff.

I Used To Be Famous is adapted from director Eddie Sternberg’s 2015 short of the same name, which was longlisted for Best British Short Film at the British Independent Film Awards. Sternberg tapped Irish producer Collie McCarthy for the project five years ago, later landing a deal with Netflix for the film’s release.

I Used To Be Famous also marks the screen debut of musician Leo Long, who has drummed with the London Youth Folk Ensemble and National Open Youth Orchestra. The Walking Dead’s Eleanor Matsuura is co-lead, with Irish actor Eoin Macken and Bridgerton’s Lorraine Ashbourne supporting. 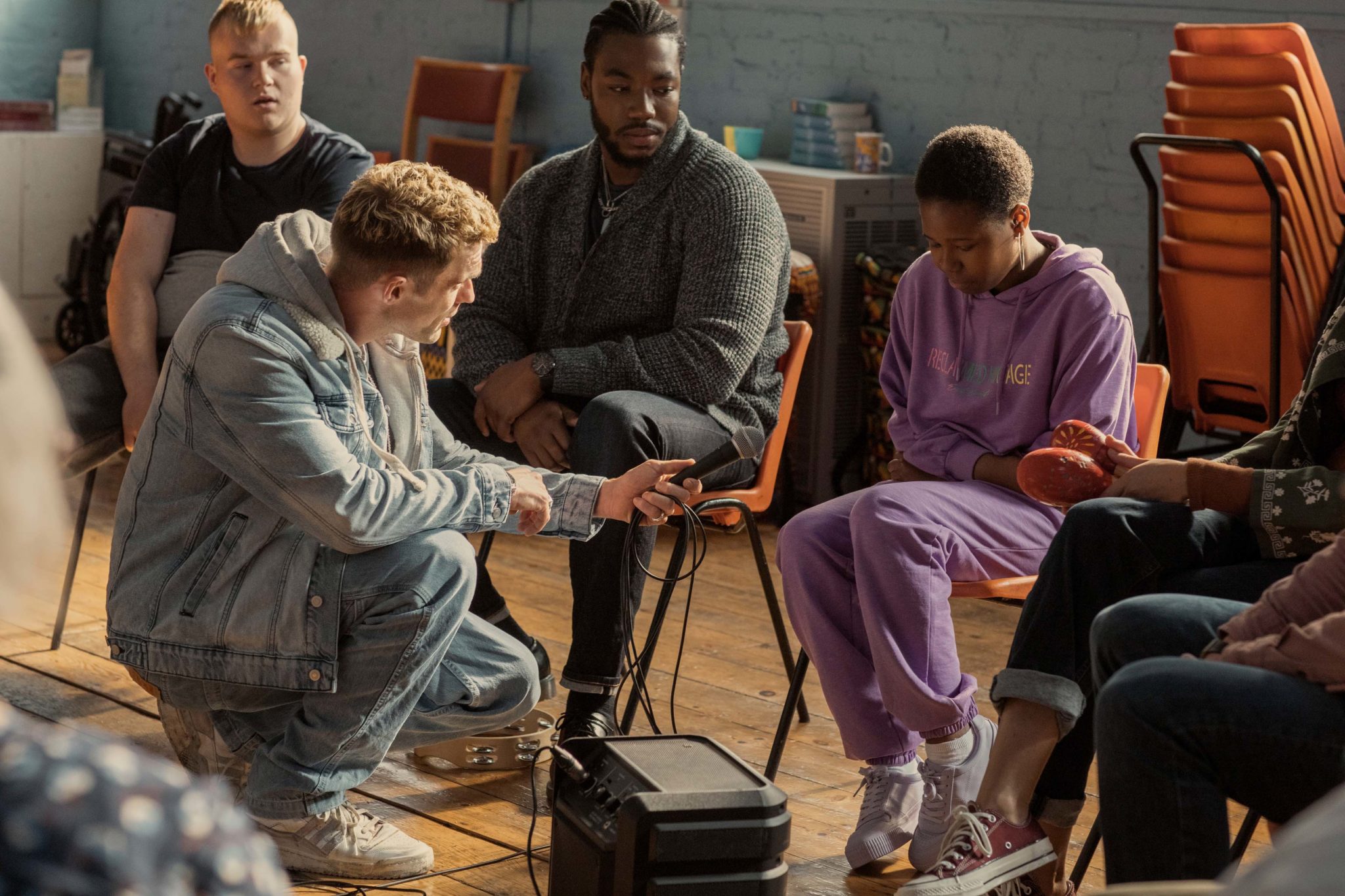 How did Eddie and Collie first meet?

“I saw one of Eddie’s short films in 2016,” Collie recalls. “I was looking to start moving into features at the time, so it was a natural fit to team up. Eddie and co-writer Zak Klein started making moves, which began a five-year development process that eventually became a bigger, better, bolder film than we ever could’ve dreamed of.”

There was, it turned out, a kind of mutual admiration society at work.

“I’d seen Collie’s shorts as well and I distinctly remember thinking those were very well-produced,” Eddie says in response. “We had a lot of mutual collaborators.”

Collie McCarthy has been impressively busy making a name for himself in the film biz, having set up Forty Foot Pictures back in 2014 with bases in London and Dublin. He has now produced five award-winning short films, which have been screened at over 100 festivals worldwide. IFTA nominations and Academy Award longlists have also been added to the growing slew of accolades.

“Getting into this business wasn’t straightforward,” he tells me. “I have no family in the industry. I did Law and History in college, then went working in bars in New York. It was only when I got to London that I turned my focus to it professionally. I went looking for young writers and directors to make their shorts and met with more established producers to get tips.”

“I’m born and raised right beside the Forty Foot, so that’s where the name came from – it meant a lot to me,” McCarthy smiles. “The average width of cinema screens in the States was also 40 feet, plus it’s the spot where James Joyce lived. But really it’s just one of my favourite places in the world.”

Are there any Irish projects that he’d like to do?

“I did an inaugural focus short called ‘Time Traveller’ with Screen Ireland in 2017 with Barry Ward and a Traveller boy called Tom Doran. Tom was streetcast so ‘Time Traveller’ is actually similar in DNA to what Eddie will go into with casting Leo Long in this film. That short did great and we’re working up Steve Kenny’s debut feature now. I also have a sports mockumentary a bit further along in development called Fran The Man. Richie Conroy is writing it and Stephen Bradley is directing, and we have a few exciting cast members attached.”

Securing a deal for I Used To Be Famous with a huge streaming platform like Netflix must have induced a spine-tingling moment for all involved.

“When my agent called, it was absolutely bizarre,” Eddie beams, “because, as Collie said, we had a five-year development journey. I first came up with the character of Vince nearly ten years ago now, and there was the short version before Collie came on board. That’s quite standard in terms of making a first film. So, finally getting that call greenlighting it – that was life-changing, really.”

THE IMPORTANCE OF REPRESENTATION

Many viewers will recognise Ed Skrein, who plays Vince, from his supporting roles in Deadpool and Game Of Thrones.

“Trying to get the movie made as first-time filmmakers, there’s always a dream list until it actually comes around to getting made,” Eddie explains. “Ed Skein was always on that list, and then the script got to him. Isabella Odoffin, our casting director, set us up for a meeting. We were very excited, but then after the meeting we were like, ‘Okay, this is the guy’. When we met with him, we knew he could give us that gritty side to the film and to Vince. He’s a dad of three, so he’s also got this warmth to him.”

Long, who is neurodivergent, was found via a UK-wide search for an autistic performer by Odoffin. “We were looking for a neurodivergent drummer, actor, everything else. It was a pretty long list for a casting director,” Collie replies. “It happened like any nationwide search. You get hundreds of tapes sent in, and there are 20 or 30 you’re really excited about, and bring them into a room. The final two were brought for a screen test with Ed. It was such an array of young guys with different sorts of abilities and experiences, it was really special. But Leo just offered something unique. When you see him, his energy is just infectious.

“He was also at a very similar stage in life to his character, Stevie, who is pushing his own boundaries,” McCarthy continues. “He was a really good match and he taught us a lot about who Stevie is. To put him together with Ed was amazing. Leo and Ed had something unexpected that both scared and excited us. The lightbulb went off.”

The filmmakers worked in close collaboration with the National Autistic Society throughout, leaning on their expertise and knowledge. I Used To Be Famous also saw Eddie and Collie learning from the Access All Areas organisation, who have a long-term partnership with Netflix. 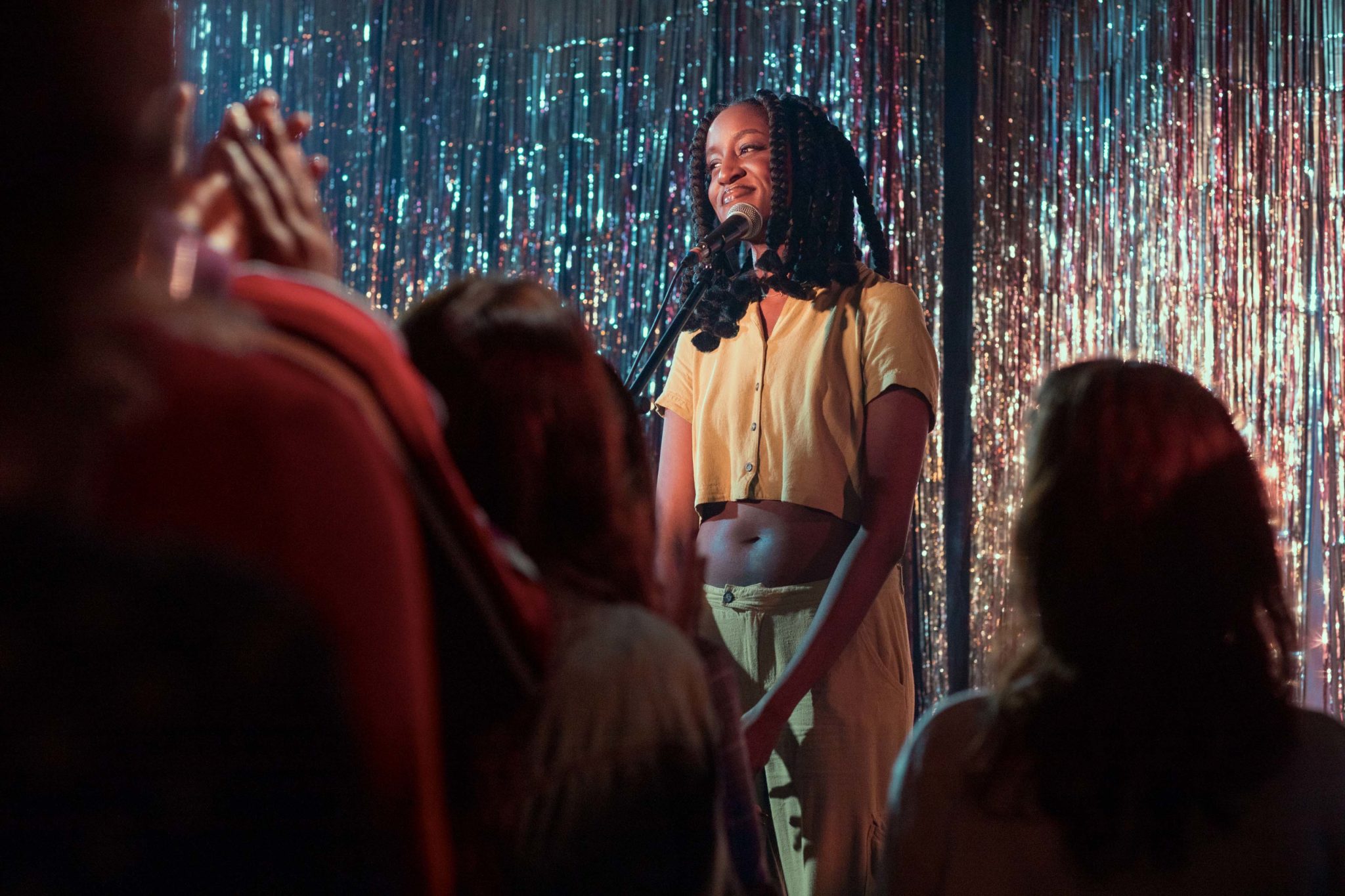 “We think representation is essential,” Eddie emphasises. “We set out to cast a neurodivergent actor to play Stevie from the get-go for a couple of reasons. The main thing for me is authenticity. Whatever the character is in the film, we want it to feel as real as possible. Specifically with neurodivergence, it’s an area which hasn’t been represented properly in the past, so there’s that extra need to at least give people the opportunity to play that role. We were confident we could find someone, but we really wanted someone who could give us a lived experience.”

“We weren’t going to cast just anyone because they were neurodivergent,” Collie adds. “But if you want to put the work in the right person is out there. I think that extends to sexual orientation, race, gender identity, or whatever it might be. I don’t think I’d go as far as to say you have to be X to play X – because actors are still actors, at the end of the day. But there are certain characteristics in a person that come across more authentically on screen because they are true.”

Eddie’s cousin (Saul Zur-Sprio) is busy now as the drummer and co-founder of The AutistiX, who have performed with Tom Jones.

“When I first started researching for the film,” Eddie smiles. “I was consulting a lot with Saul and his mom, Susan, and that continued throughout the development of the feature. Saul is in the drum circle scenes of I Used To Be Famous, so he has his debut acting feature!”

The film may set a precedent for working conditions in film regarding neurodivergent people in the industry, whether in front of the camera or behind the scenes.

“Absolutely,” Eddie responds. “If this film has any kind of positive effect, then it’s everything for us. To be able to make real world change while making the film we dreamed of is the jackpot. Here’s hoping that those extra provisions become more normalised.”

“Leo has never acted before,” Collie interjects, “but he’s gone on now starring in a production of Much Ado About Nothing,  and he got an ITV series episode on Professor T. We’d hope it gives other productions the confidence to work with organisations like Access All Areas and to be more inclusive.”

Original songs for the Peckham-set movie were provided by Hannah Reid and Dan Rothman of London Grammar, who delivered a stunning set at Electric Picnic 2022.

“London Grammar had allowed me to use one of their tracks in my first short film, Out Of Body,” Eddie explains, “and then Dan was just super-interested in this project. About four years ago, Dan made the first demo when we were just playing around. We aligned on how we saw this band, The Tinmen, with just one guy on a Juno keyboard and a novation synth, then another guy with pots, pans and a set of drums.

“Somehow, behind them is this passion and heart that actually works. Dan and Hannah really bought into that.
What they came back with was absolutely amazing.”

• I Used To Be Famous is out now on Netflix.