If you’re suffering Tommy Shelby withdrawal symptoms, fear not, because there’s another bone-breaking, cartilage-crunching, ear-severing 1930s gangland drama to feast on. The King Of Warsaw star Michael Zurawski tells Hot Press all about it.

The body count piles up as rival street gangs battle for supremacy in an inner city blighted by poverty, corruption and the rising tide of fascism in Europe, which eventually leads to the outbreak of World War II. At the same time, there’s a cracking soundtrack, clothes to seriously covet and bedroom shenanigans galore.

No, it’s not a season six recap of Peaky Blinders but the premise for The King Of Warsaw, the blockbusting Polish drama series, which having dominated awards ceremonies at home is now available to binge on here courtesy of our old pal Walter Iuzzolino.

“It’s like a giant Scorsese movie,” the Walter Presents man enthuses. “I can’t imagine how much money they spent on it. It reveals an ethnically diverse Warsaw, which may surprise people unfamiliar with Poland’s pre-war history. It also shows it as a glamorous and vibrant place, which became known as the ‘Paris of the East’.”

The King Of Warsaw’s Tommy Shelby – with a bit of Tony Soprano and Jake LaMotta thrown in for good/bad measure – is Jakub Szapiro, a former champion boxer turned Jewish mafia kingpin who now does his fighting outside the ring. He’s a thug, but not a totally mindless one as the actor who plays him, Michael Zurawski, explains.

“Jakub Szapiro is a Jewish mobster who punches Polish nationalists in the face as well as the fascists, both of whom he dislikes,” Michael says. “Underneath the tough guy exterior, though, he’s soft and a little bit lost. The duality made him interesting for me to play.” 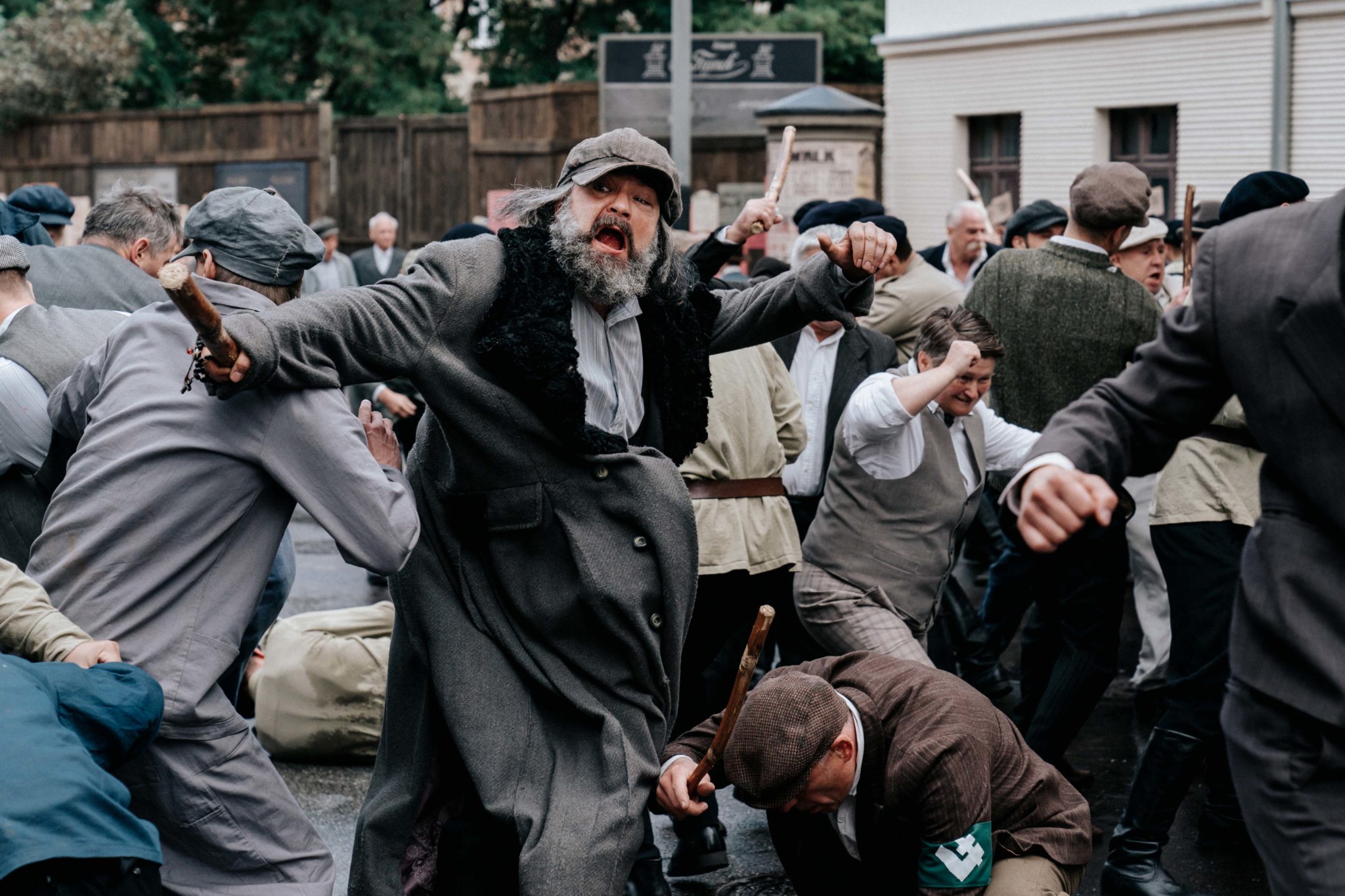 The King of Warsaw.

That softer side is well hidden in the first episode, which kicks off (literally) with a bone-breaking, cartilage-crunching, ear-severing street fight between Jakub’s crew and their bitter Nazi-inclined rivals.

The series is based on the 2016 Szczepan Twardoch novel of the same name, which blends historical fact with fiction and is regarded as a modern Polish classic.

“Szczepan Twardoch is one of my favourite writers, “ Michael enthuses. “We were both born in 1978 and come from the same region of Poland – Silesia. We’re a very unique group with an original approach to life and the world. Being from Silesia affects Szczepan’s work, as it does mine.

“There are a lot of juicy characters in the book and the series like Buddy Kaplica who’s the godfather of this socialist-Jewish crew. Then there’s Radzwilek who speaks different languages all at the same time; only his mafia colleagues understand him.”

The show’s female characters are just as compelling.

“Yes, you’ve Tabaczynska, a lesbian who acts as if she’s one of the guys, and Jakub’s wife, Emilia, who has to handle his betrayals, his moodiness and his crimes. She and their kids are always in danger.

"There’s also Jakub’s young lover, Anna, who’s a posh student fresh out of college in Switzerland. She brings her western charm to Warsaw, which is a fascinating novelty to Szapiro. Finally, there’s his old flame Ryfka who’s made Jakub who he is. They used to be in love but she was infertile, which broke them apart.”

Asked whether he was already familiar with the events depicted in the book, Michael nods and says, “I love history and am of Jewish heritage, so these things weren’t new to me. In the pre-war era one fourth of all Polish people were Jews and quite visible in society. One sixth were Ukrainians and there were also Lithuanians, Armenians, Germans, Czechs and Silesian or Kashebian people. All that is now gone, of course, because of World War II.”

“I pity them,” Michael spits venomously. “They are uneducated people with a lot of insecurities. They absorb the nationalist lore like a sponge. They’re something straight out of the 19th century. I talk to them regularly and they lack any serious points when it comes to discussion. If allowed, they can do a lot of harm.”

Then there’s the present Law & Justice party government who scrapped the Council for the Prevention of Racial Discrimination, Xenophobia and Intolerance and supported the many Polish towns and cities who’ve declared themselves LGBTQ-free zones. Law and Justice’s one redeeming quality – and it really is only one – is their welcoming of over 3.5 million Ukrainian refugees.

“In terms of Poland being a liberal society, they’ve definitely dragged us back a couple of years,” Michael sighs. “The war in Ukraine has had an enormous impact. Ukraine and Poland are like Scotland and England in that, for centuries, we’ve formed some type of union – and also fought a lot! And before that, for four hundred years, we were the one country. The Soviet and post-Soviet days changed the dynamic, but only a little bit. Personally, I cannot comprehend that a war has started there now. It all seems so unreal. Poland is located between the two great empires – Russia and Germany – which has always brought us trouble. That’s still the case now.”

• The King Of Warsaw is available now as a free All4.com box-set