She Said director Maria Schrader: "Sexism, chauvinism, all the little intimidations – this was stuff we all grew up with and we wouldn’t even bother to talk about it"
(from left) Megan Twohey (Carey Mulligan) and Jodi Kantor (Zoe Kazan) in She Said, directed by Maria Schrader.

Along with The New Yorker’s Ronan Farrow, Twohey and Kantor were the reporters who broke the story of Harvey Weinstein’s years of sexual abuse and predatory behaviour in Hollywood, thus setting in chain the MeToo movement and one of the most seismic cultural upheavals in recent times.

With excellent lead performances from Carey Mulligan as Twohey and Zoe Kazan as Kantor, She Said fascinatingly documents the background to the story, including the painstaking work and attention to detail required of the best investigative reporting. So how did Schrader come to be involved in the film?

“I was approached by the producers in the summer of 2020,” she explains, talking to Hot Press at the BFI London Film Festival. “It came about because of my directing work on Unorthodox, which had started on Netflix in late March. I slowly became aware of how popular the show was in the States. At the core of the two projects, there is something related. The subject matter is very intimate and personal, and then there’s a collision with society and politics.

“Of course, at the time all the meetings were via Zoom. And then in early 2021, one of the producers, Dede Gardner, starting sending me drafts with the very memorable line, ‘If you want it, it’s yours.’ I very much remember that!”

Twohey and Kantor’s reporting in late 2017 was extraordinary, detailing the shocking extent of the ex-Miramax tycoon’s repellent behaviour over the years. How closely did Maria follow the story?

“I read the New York Times article when it came out,” she recalls. “Of course, all of us – in every country – lived through the weeks and months that followed, and witnessed what happened in the wake of the article being published. All of a sudden, I was called by a lot of German journalists, because they’d started the hunt for the German Harvey Weinstein. I witnessed this competition of which newspaper will win the story, though that was probably the most sensationalised part of it.

“Of course, in my personal world among my friends and colleagues, this led to endless discussion. It was an exchange of our own experiences. Hearing the story and reading the details, it always comes back to how personal it is to all of us, because we all carry these kind of stories. I started working in theatre when I was 16, and I started to become aware of what had happened in my past. I might have forgotten it, because it was so normal.

“Sexism, chauvinism, all the little intimidations – this was stuff we all grew up with and we wouldn’t even bother to talk about it. It went in one ear and out the other, and I just closed it behind me. It was about, ‘Don’t let it get to you’, ‘Be strong’ etc. It was almost like a reconsideration of all my own behaviour over decades. At the end of the day, being a part of this system, because I didn’t really question these details.” 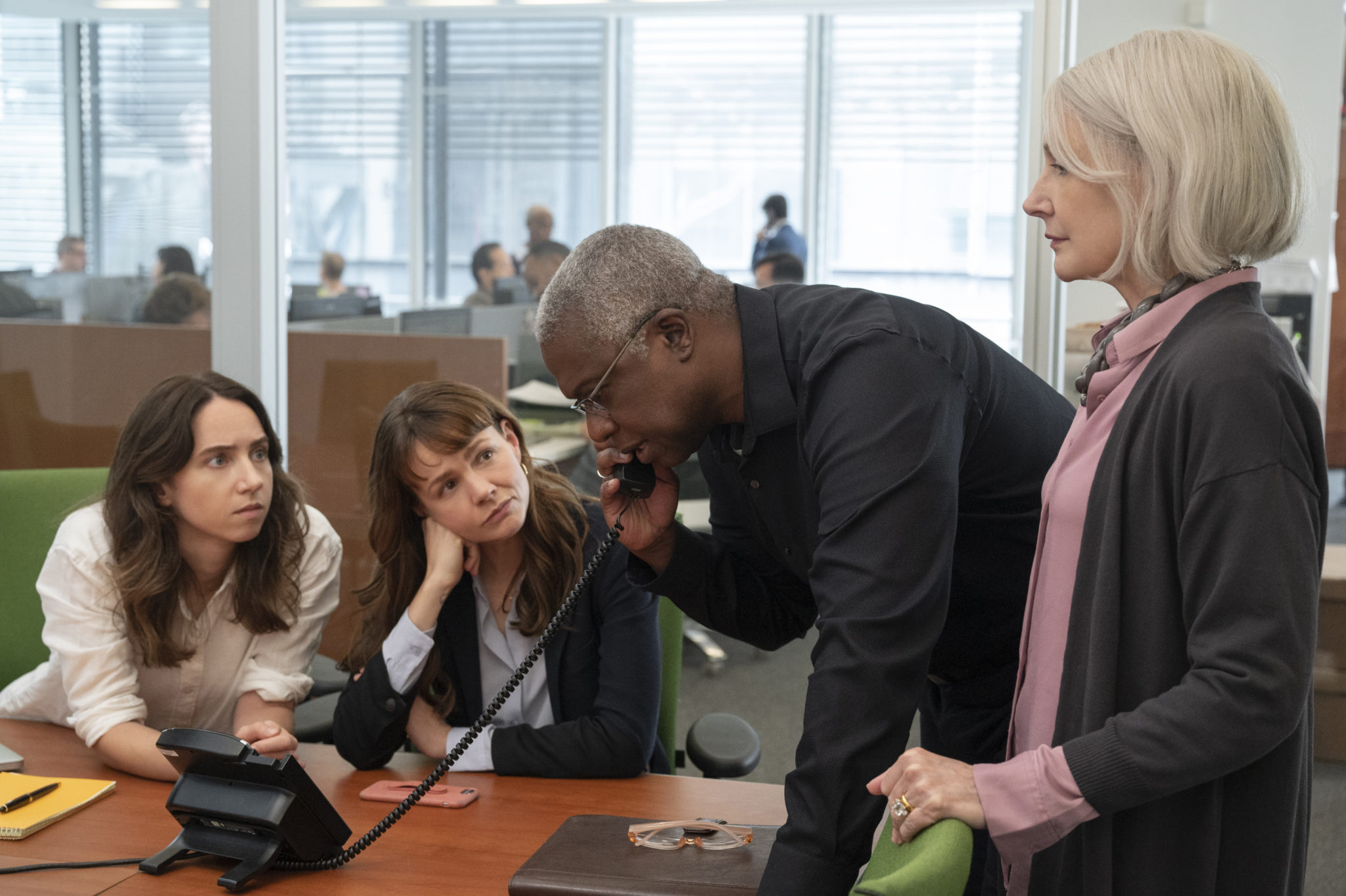 Prior to the scandal, for those who kept abreast of literature about ’90s cinema, Weinstein routinely came across as a complete jerk – an inveterate bully who routinely fell out with filmmakers. From that point of view, the revelations weren’t shocking exactly, but it was impossible not the taken aback by how long his actions went unpunished.

Unfortunately, it was a painful insight into how egregious male behaviour was normalised in society, nowhere more so than the arts.

“In the creative world, for centuries we celebrated ‘the genius’,” notes Schrader. “It was all about the ‘antics’, the ‘unpredictability’. In theatre, it was so celebrated. Someone would have this outburst of temper – and of course, it was only men. There wasn’t a single woman allowed to behave like that. Perhaps, so-called unpredictable geniuses were allowed to behave like that in this industry more than in others.

“When we learned all the details, wasn’t it the case that we said, ‘Okay, we knew he was problematic, we’d kind of heard rumours, but isn’t it shocking that this this went on for decades?’ There were so many people making sure that this wouldn’t be followed, and that this system protected him. This is a system of fear and intimidation. They didn’t do it because they thought it was the right thing to protect. They did it out of their own fear of becoming a victim of bullying, or getting fired, or having their careers ended.”

Another interesting aspect of She Said is that – unlike the book – it portrays the journalists’ private lives, as they try to negotiate everyday stresses and strains.

“The book is a factual, very meticulously researched report of what happened,” says Maria. “Of course, Megan and Jodi deliberately left out everything that makes a film; the emotion, doubt, what’s left unwritten. It was fantastic that they entrusted us with the details of what was going on in their private lives. Because when did we see a team of women, so fearless and passionate in their work – and it isn’t that the most interesting thing for us to understand? What’s the difference for working women?

“Also, in the film genre of investigative dramas, it’s always men. Can you imagine what a pleasure it was for me to create scenes we’ve seen a hundred times, in exactly that genre? Like, the chief editor asking the journalists, ‘Can you get on a plane?’ And instead of saying, ‘Of course’, they look at each other. There’s a pause and Jodi says, ‘Um, let me speak to the father of the kids and work it out!’ (laughs).

“It’s funny but it’s also not funny – it’s a humorous depiction of what the differences are here. It’s so rich and I really wanted to give it that kind of reality. Learning all these details about journalism, it really assured me about that work. This kind of legacy journalism is heroic. In the time of us learning to mistrust every image, don’t give up until you can present verifiable facts.”

There were also other aspects the director sought to portray.

“I really wanted to let people see they’re working women,” says Maria. “They’re taking the subway, they’re late, they juggle with the whole complexity of what’s going on in their lives, like postpartum and being there for their children. And of course, there’s one huge difference to a fantastic, monumental movie like All The President’s Men. As wonderful, involved and passionate as they were, Woodward and Bernstein didn’t question their own position in society as men.

“What happened Jodi and Megan is that the subject matter they investigated was so incredibly personal at the same time. How impossible to distance to distance yourself from your work. It very much goes into what it means to be a woman, working and living in a male-dominated world.” 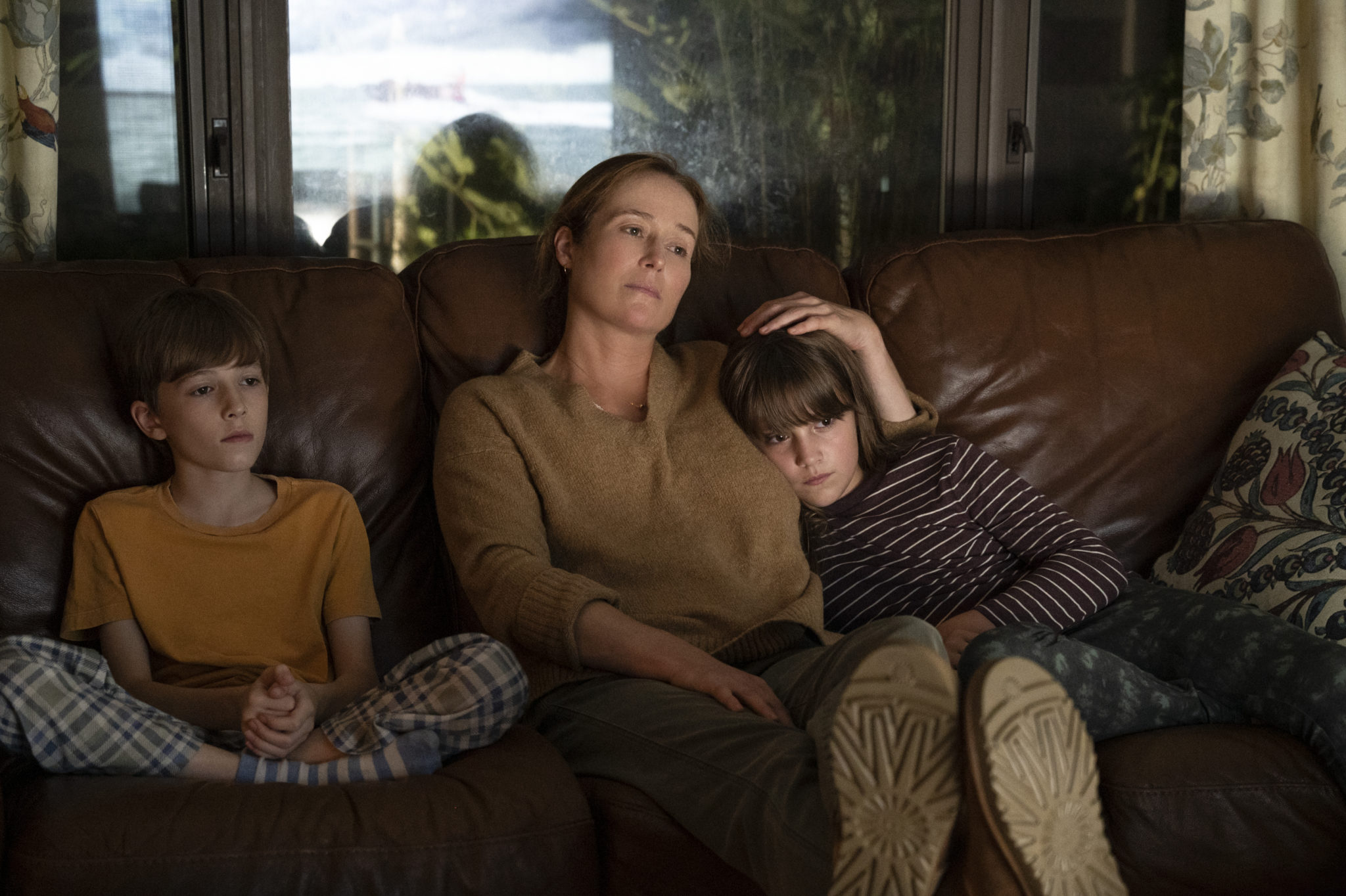 Notably, the tense opening sequence of She Said is set in Ireland in 1992, focusing on a young Laura Madden (Lola Petticrew), who lands an entry-level job in film.

“We shot in Cornwall and we travelled quite a bit at the end,” says Schrader. “Of course, most of it was shot in New York. Then we travelled to Los Angeles and Venice, and the scene with Samantha Morton was shot in London.”

Portraying ex-Weinstein assistant Zelda Perkins, Morton is nothing short of phenomenal – it’s one of those extraordinary cinematic moments where the performance disappears, and you’re left with the impression of reality unfolding.

“I think we edited that scene for a month,” says Maria. “Also, from a filmmaker’s point of view, these accounts of the survivors, within the film genre of investigative journalism – classy, suspenseful story blah-blah-blah – the space the movie gives to these accounts is extraordinary, I think. We are dealing here with a 10-minute dialogue scene. It’s a deliberate decision to present it in such a pure way: two people at a table.

“The beauty and power of it is trusting the very oldest mode of narrative, one person sharing a story with another, and leave all the movie magic out. That is a great challenge for the filmmakers and actors, and I was nervous when I first presented the film. I didn’t know if I would be allowed to leave a scene of that length in a Hollywood movie.

“I was so happy how people responded. I’m very aware that I was so lucky to have the greatest actors.”

• She Said is released on November 25.