Cinema Speculation is due out October 25, 2022 via HarperCollins.

Quentin Tarantino has announced a new film history book that will see the Oscar-winning director exploring and analysing iconic films from the 1970s.

Cinema Speculation will land at the end of October 2022. According to a listing on the publishers website, the book is “organised around key American films from the 1970s, all of which Quentin Tarantino first saw as a young moviegoer at the time.

“This book is as intellectually rigorous and insightful as it is rollicking and entertaining,” the listing adds. “At once film criticism, film theory, a feat of reporting, and wonderful personal history, it is all written in the singular voice recognisable immediately as (Tarantino’s) and with the rare perspective about cinema possible only from one of the greatest practitioners of the artform ever.”

It goes on to state: “In addition to being among the most celebrated of contemporary filmmakers, Quentin Tarantino is possibly the most joyously infectious movie lover alive. For years he has touted in interviews his eventual turn to writing books about films. Now, with Cinema Speculation the time has come, and the results are everything his passionate fans — and all movie lovers — could have hoped for.” 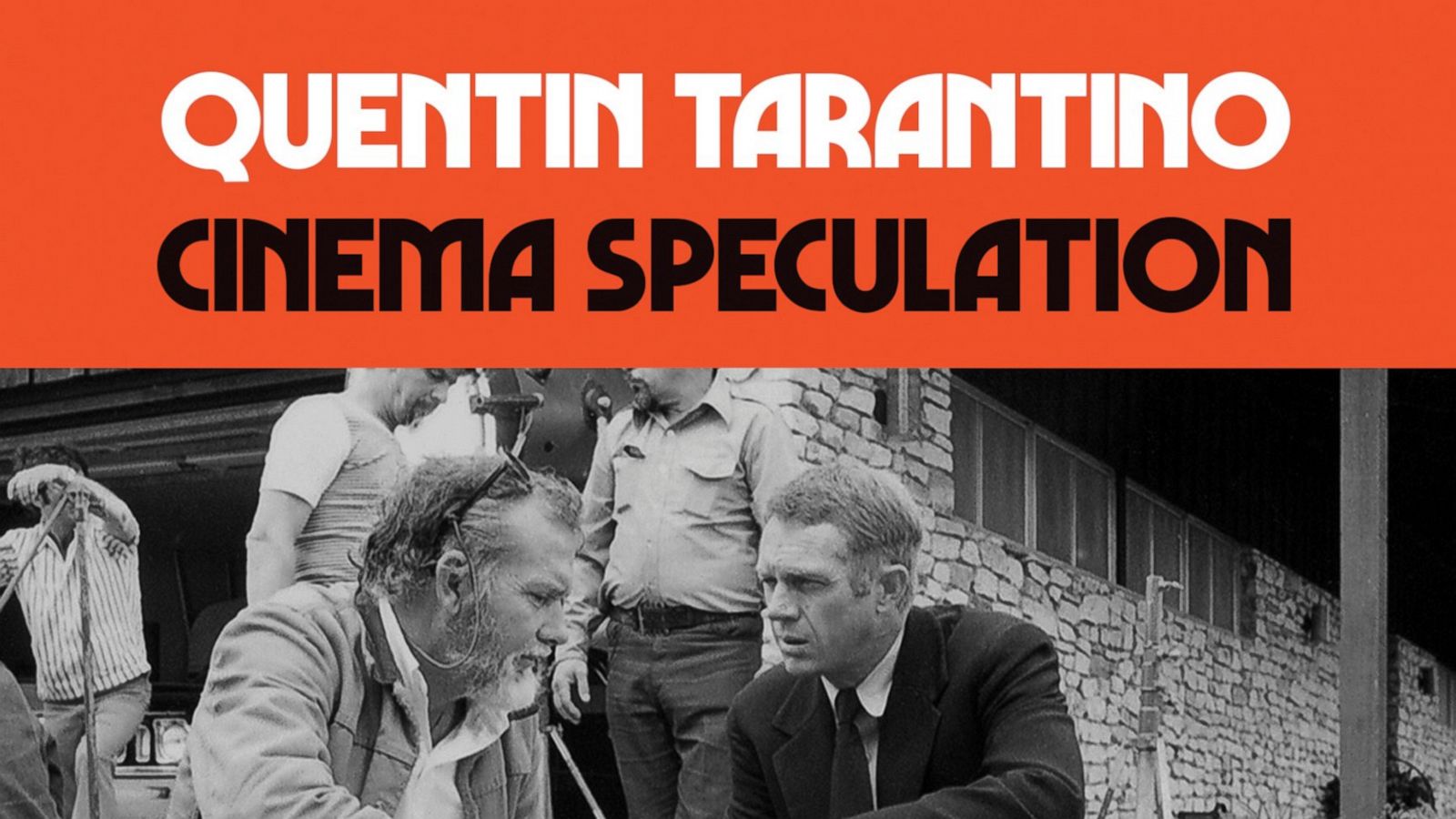 The 59-year-old Tennessee native has previously discussed the prospect of becoming an author after he completes his tenth and final movie. Earlier in 2022 however, it was confirmed by Tarantino that he’d written a spin-off book to the novelisation of his 2019 film, Once Upon A Time In Hollywood.

Titled The Man Who Would Be McQueen: The Films Of Rick Dalton, the spin-off is set to focus on Leonardo DiCaprio’s character, Rick Dalton. The book is inspired by real-life movie guides for actors from the 1970s, featuring a short biography of Dalton’s life and a guide to his career until the character’s retirement in 1988.

Speaking on the Empire podcast, Tarantino said: “I probably need to punch it up a little bit but the body of it completely exists.”

Having been raised in LA, Tarantino began his career as an independent filmmaker with the release of Reservoir Dogs in 1992, a crime thriller in part funded by the sale of his screenplay True Romance (1993).

His second film in 1994, Pulp Fiction, a crime comedy, was a major success among critics and audiences and won numerous awards, including the Palme d'Or and the Academy Award for Best Original Screenplay.

Tarantino's works have been subject to controversy, including his depictions of violence and frequent inclusion of racial slurs, and alleged negligence in his handling of stunt scenes in Kill Bill: Volume 2.

He published his debut novel, a novelisation of Once Upon a Time in Hollywood, in 2021.

"Irish gangster-turned-actor" Richie Stephens' memoir to be adapted for TV
12 INTERVIEWS OF XMAS: Neil Jordan – On The Ballad of Lord Edward and Citizen Small
Rosie Day: "Girls are masters at being icebergs – you only see what’s on the surface, when there’s a whole other thing going on underneath"

Georgia Pritchett: "Maybe anxiety is a way of trying to make sense of the confusion"
Bruce Springsteen & The E Street Band 1979 concert film to arrive later this year
Jessie Buckley joins star-studded cast of Women Talking, based on Miriam Toews' novel
Jo Spain: “People say, ‘I really want to write a book.’ And I’m like, ‘If you want to write it, you will.’”
WATCH: Netflix release suspenseful Behind Her Eyes trailer starring Eve Hewson
Netflix to shoot The School for Good and Evil fantasy film in Belfast