Frank Berry on Aisha: “The system needs to be dismantled – and I don't think any art should exist about Direct Provision that doesn't make that statement”
Aisha

There’s an interconnected thread that runs through all of Irish director and screenwriter Frank Berry’s projects – with each story of social exclusion and human tenacity leading him to the next. His acclaimed new film, Aisha – featuring Black Panther star Letita Wright and The Crown’s Josh O’Connor – grew organically from his last, 2017’s multi-awarding-winning Michael Inside, which followed an 18-year-old’s experiences in prison.

“It’s been a long road,” he adds. “I started in 2017, and it’s been five years from the beginning until the very end. You make the film with the express aim of creating a space to talk about the issues in the film. So it’s nice to be at this place now where we have a finished film to bring to audiences – and talk about it.”

Exploring a young Nigerian woman’s journey through Ireland’s endlessly frustrating and hopelessly inhumane Direct Provision system, Aisha is imbued with the same realism and sensitivity as Berry’s previous feature films. These skills were honed during his early work making DVDs for community projects who were seeking funding. One of those projects developed into 2011’s Ballymun Lullaby, a moving documentary about a music teacher, which was released in cinemas. 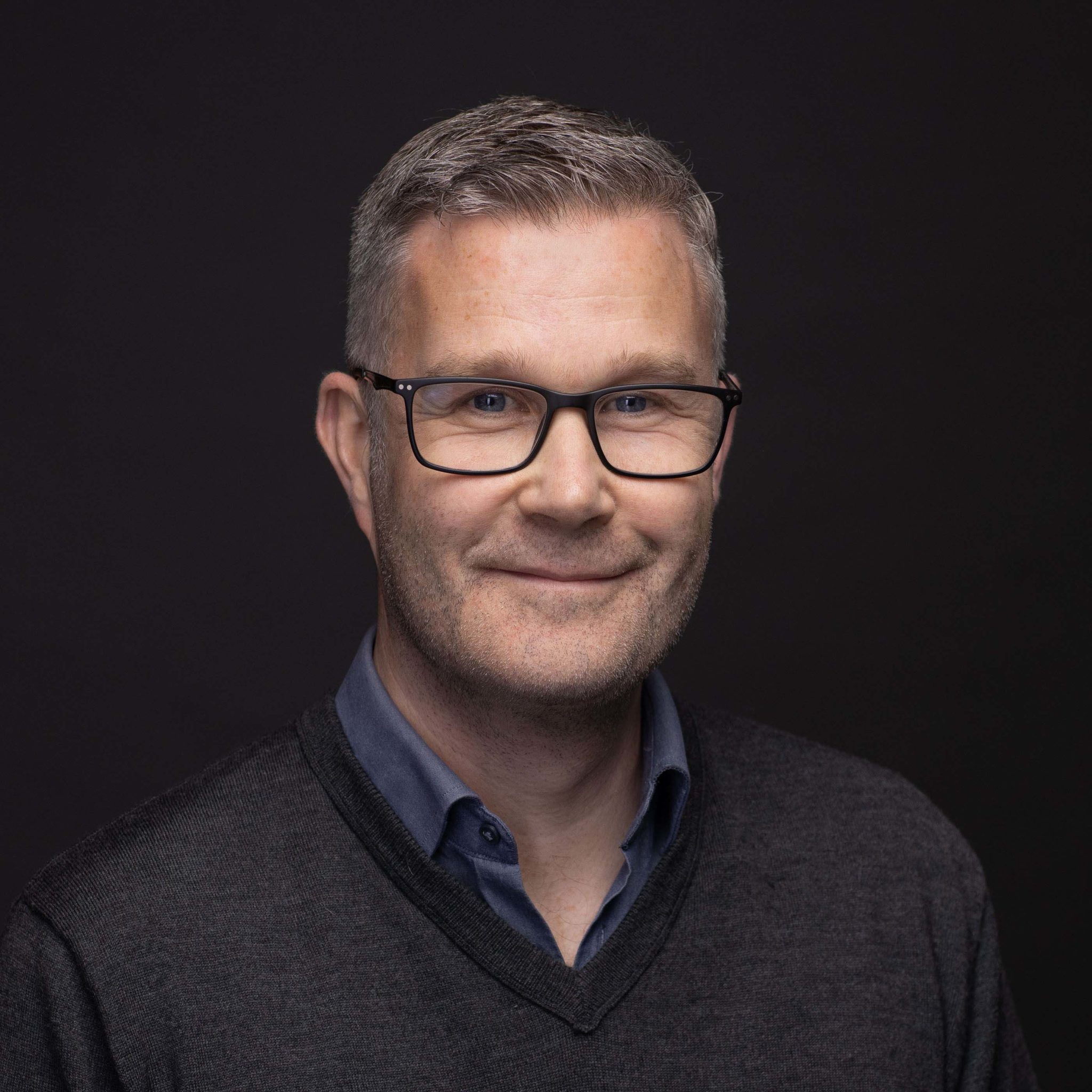 “I went looking for another documentary after that because I loved the process so much,” he recalls. “And I found a project that really moved me. It was about suicide ideation among young people, and I felt compelled for people to be made aware of this phenomenon.

“I realised then that it shouldn’t be a documentary, it should be a fictional drama, because of the sensitivity of the subject matter,” he continues. “So I went into drama, but still with the same documentary impulse and documentary motivation.”

That film eventually came to life as 2014’s I Used To Live Here, filmed in Tallaght. Working with young people during the making of the project, who he felt were disconnected from society, and “vulnerable to criminal elements in their area”, would ultimately lead Berry to Michael Inside.

“I don’t wrack my brains thinking, ‘What will I do next?’” he reflects. “They just organically evolve, and they do all feel connected.”

In addition to their shared “documentary impulse”, extensive research has also been a common feature of each of Berry’s feature films. For Aisha, he reached out to those who best understood the often harsh realities of seeking asylum in Ireland.

“I always try to figure out at the beginning of every project: ‘Where is the best place, and most responsible place, for me to be? Where should I position myself?’

“I made contact with a wonderful, hugely inspiring person, Lucky Khambule, who is one of the co-founders of the Movement of Asylum Seekers in Ireland (MASI),” he resumes. “I got to know Lucky, and visited him weekly. I invited him to the cast and crew screening of Michael Inside, so he could see the type of work that I do, and he introduced me to people.”

As Berry explains, his research process wasn’t about asking questions – it was about listening.

“I try to find a very authentic development of the project, where I just reveal my aims, my convictions, and who I am,” he says. “And then I listen, and develop relationships over a long period of time. That sent me on a journey of getting to know people, and trying to learn more. But not in a very direct way, because you are dealing with a lot of pain, and it’s very important to approach somebody who has had those experiences very responsibly and sensitively.

“From early on, you feel their emotions with them, when they’re telling you about the barriers, frustrations, and pain that they felt,” he continues. “And those emotions stay with you. Then the film, and what needs to be expressed, starts to feel more clear in your mind. The film tells you what it is.”

Through those conversations, and feedback on his early ideas, the story of Aisha began to take shape.

“We came up with this story of human connection, in an inhumane system,” he nods. “When people stay in centres for a long period of time, they make friends, and they form a community. We wanted to look at that very pure, human relationship, and get the audience to really identify with it, and connect with it – and then put that in the context of Direct Provision. But in a very subtle way. You could make a more heavy-handed film, but I didn’t want to do that. I wanted it to be as close to an experience that we recognise to be true as I could.” 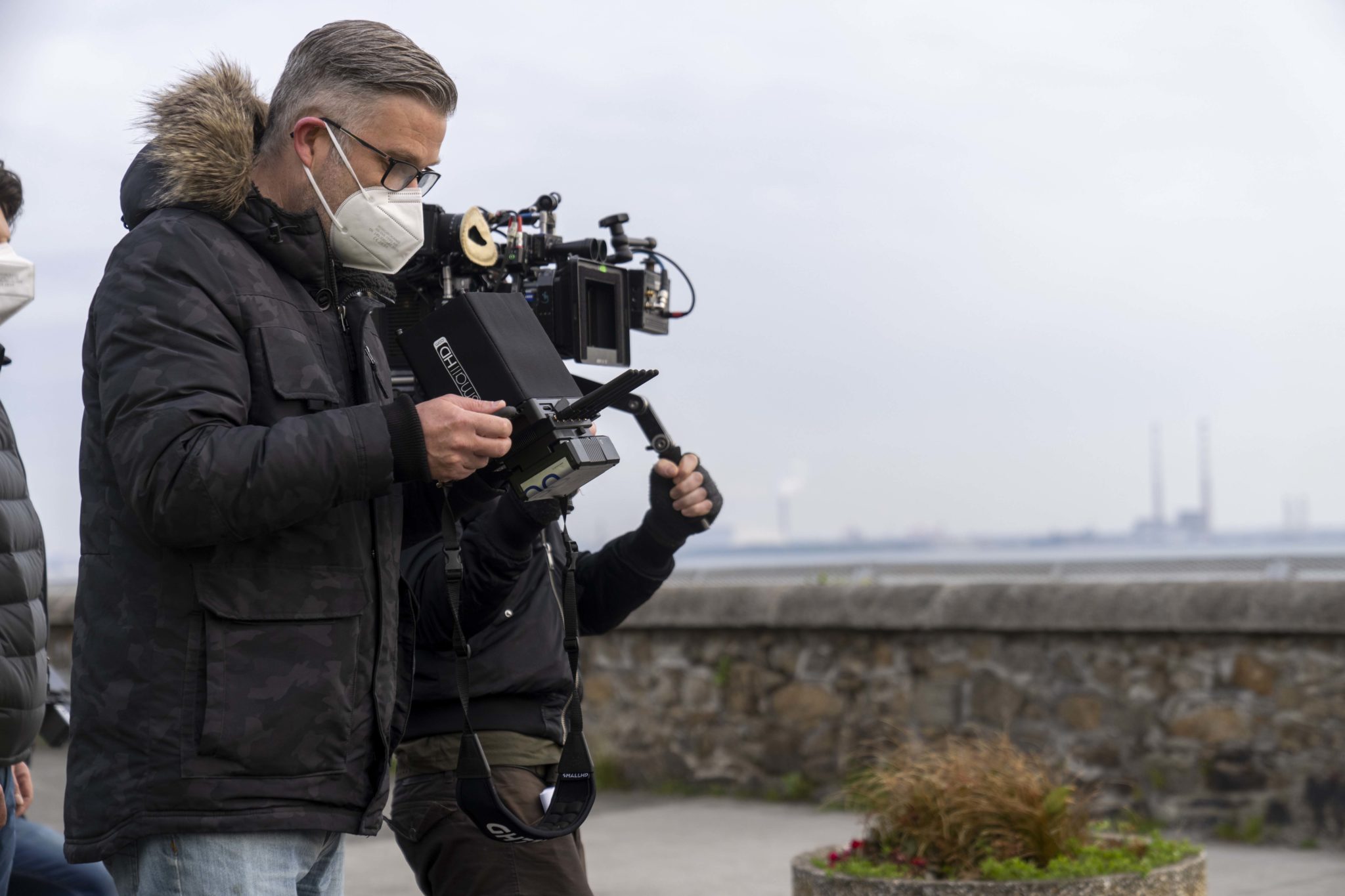 Aisha - Behind the Scenes

While he’s not too optimistic about film having the power to directly bring about policy change, he does recognise it as “a powerful medium.”

“There’s been an amazing campaign to dismantle Direct Provision in Ireland for the last few years, spearheaded by MASI and others,” he notes. “There’s people objecting from all over society. I’d like for Aisha to add to the chorus, and create another place in society to have that conversation. You might screen the film and then talk about it. It might have an impact on you, and it might make you think. That’s the power of it.

“I hope that people, when they see it, will recognise the need for films and art projects like this to be made – and that it’s important that we look at the difficult parts of our society, and discuss them.”

He’d also like to see Aisha reach some of those drawn in by the xenophobic and anti-asylum-seeker rhetoric that has been rearing its ugly head on these shores, hoping that people will be “moved by the human story – and not just the newspaper articles.”

Bringing that human story to life are international stars Letitia Wright as the titular Aisha, and Josh O’Connor as Conor, an employee at the accommodation centre with a troubled past of his own. 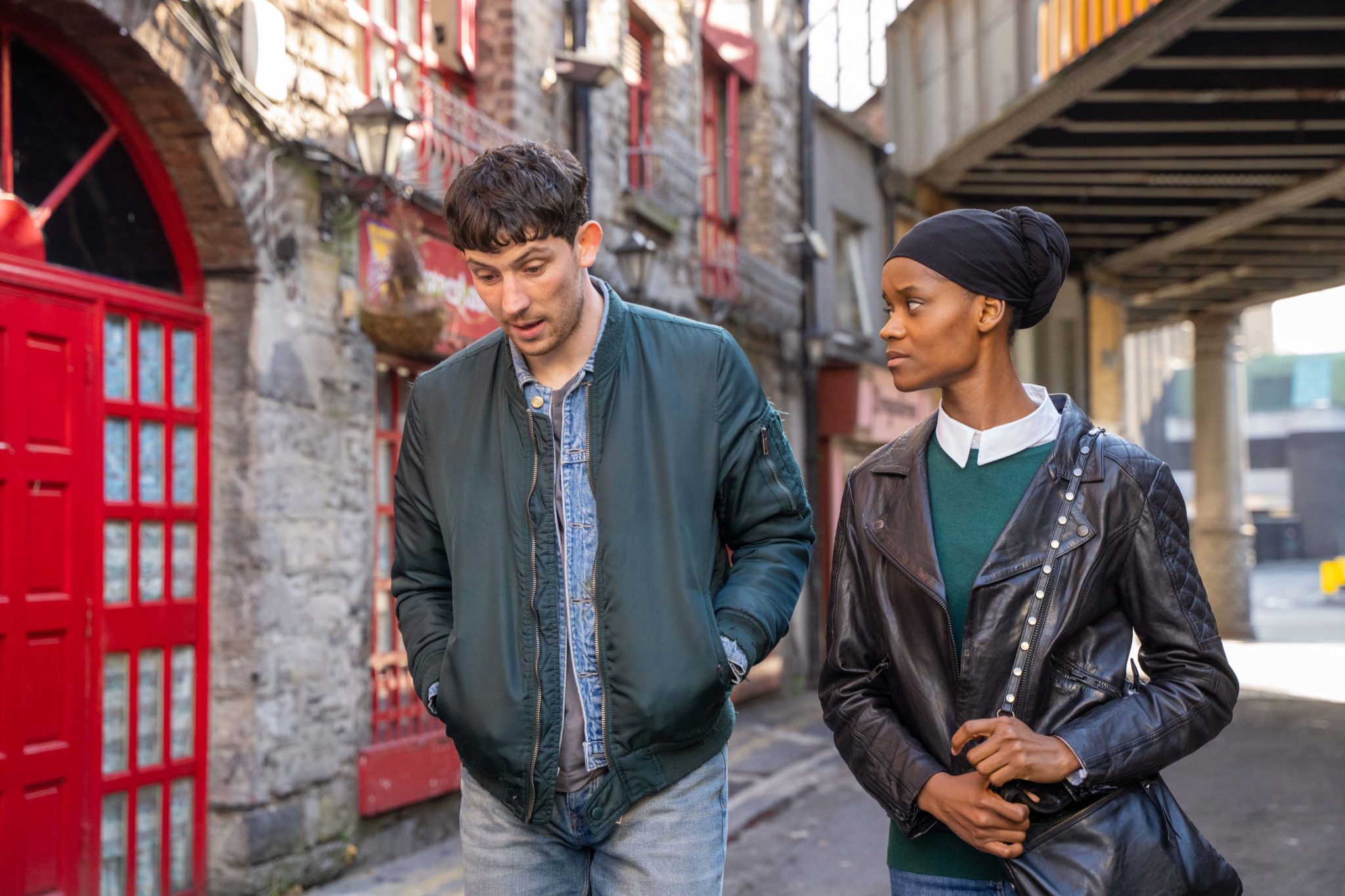 “Working with Josh and Letitia was wonderful,” Berry tells me. “Letitia connected very strongly to the subject matter of the film. She came over, and I introduced her to people that I knew, who I had researched the film with. We talked an awful lot about my research, and both Letitia and Josh spoke to Lucky. Letitia brought realism to Aisha that I could never write from my perspective, and the character just blossomed. I was amazed how Aisha came to life before my eyes.

“Josh came over early and he immersed himself in Dublin,” he continues. “It was during lockdown at the time, so there were not a lot of people around, but he still walked Dublin’s streets and spoke to people. That was something to witness as well – to see him disappear into Conor. He really connected with him. Then we did work with Emmet Kirwan, our dialect coach for Dublin. There was another in the UK that Josh often uses, William Conacher. Between the two of them, and Josh’s efforts, he worked very hard on the accent. He did a good job I think!”

With it now unlikely that the Government will meet their previously announced target for ending Direct Provision by late 2024, projects like Aisha remain crucial in sparking conversations, by highlighting the countless injustices and obstacles facing people living in the system.

• Aisha, a Sky Original, is available in cinemas and on Sky Cinema now.

Netflix’s Scoop has found its stars for the upcoming drama
Wild Youth react to being selected as Ireland's Eurovision entry: "It's been such an emotional journey up to that day, so much I broke down in tears after"
Conor McPherson's Girl From The North Country to get film adaptation – featuring Olivia Colman, Woody Harrelson and Chlöe Bailey
Fatboy Slim documentary, featuring involvement from Dublin's Windmill Lane Pictures, to premiere this weekend
The Last Of Us: A compelling and often exhilarating apocalyptic thriller
5 Reasons To Watch M. Night Shyamalan’s Knock At The Cabin