Fionn O'Shea: "Seeing the wealth of talent coming out of Ireland, in every department, just makes you really proud to be Irish"
Lucy O'Toole

Recently selected as one of 2021’s European Shooting Stars for his role in Dating Amber, Irish actor Fionn O’Shea discusses the importance of telling positive LGBTQ stories, and working with the Russo Brothers on their major new film, Cherry.

Ireland is entering a bright new age in filmmaking – with unique, nuanced and unapologetically Irish productions making their mark internationally, and showcasing the depth of talent on offer on these shores. In the last few years alone, the Irish coming-of-age experience has been tenderly explored in John Butler’s Handsome Devil, David Freyne’s Dating Amber, and the hit TV adaptation of Sally Rooney’s Normal People. Interestingly, each acclaimed project has had one thing in common: Fionn O’Shea.

The Dublin actor has steadily built up a reputation as one of the country’s most promising talents, and was recently the youngest of the 10 actors named by European Film Promotion as 2021’s European Shooting Stars – following in the footsteps of previous awardees Domhnall Gleeson, Ruth Negga and Andrew Scott.

“I’m attracted to stories I feel passionately about, and characters that I care about,” says Fionn. “I’ve been so lucky that I’ve been able to work on stories that I really do feel that way about. Usually I have a pretty good idea within the first few pages of the script, whether or not it’s something I want to do.”

Through his star turns in both 2016’s Handsome Devil and 2020’s Dating Amber, Fionn has been able to explore stories of identity and sexuality that have previously gone untold on these shores.

“One thing that both Handsome Devil and Dating Amber have in common is that they’re both queer stories framed with hope and optimism,” he notes. “It’s really important to see queer stories framed that way. There have been a lot of films made about the queer experience that are tragic – and although they’re really important too, they don’t reflect the whole experience. That was certainly something about those two films that attracted me to them.”

Both films also arrived during a pivotal period in the country’s history – from Ireland’s Marriage Equality referendum in 2015, to last year’s legalisation of same-sex marriage in Northern Ireland.

“With Dating Amber, Dave wanted to make a film he would loved to have seen when he was that age,” Fionn reflects. “He describes it as ‘a love letter to kids who needed to escape to be themselves’. But it’s interesting – although a lot has changed, and although there’s been a lot of important progress, there’s still a long way to go. Sometimes people make the mistake of thinking, just because things are easier for LGBTQ kids now, that means they’re easy. There’s a massive difference between something being easy and something being easier. We still have a long way to go.” 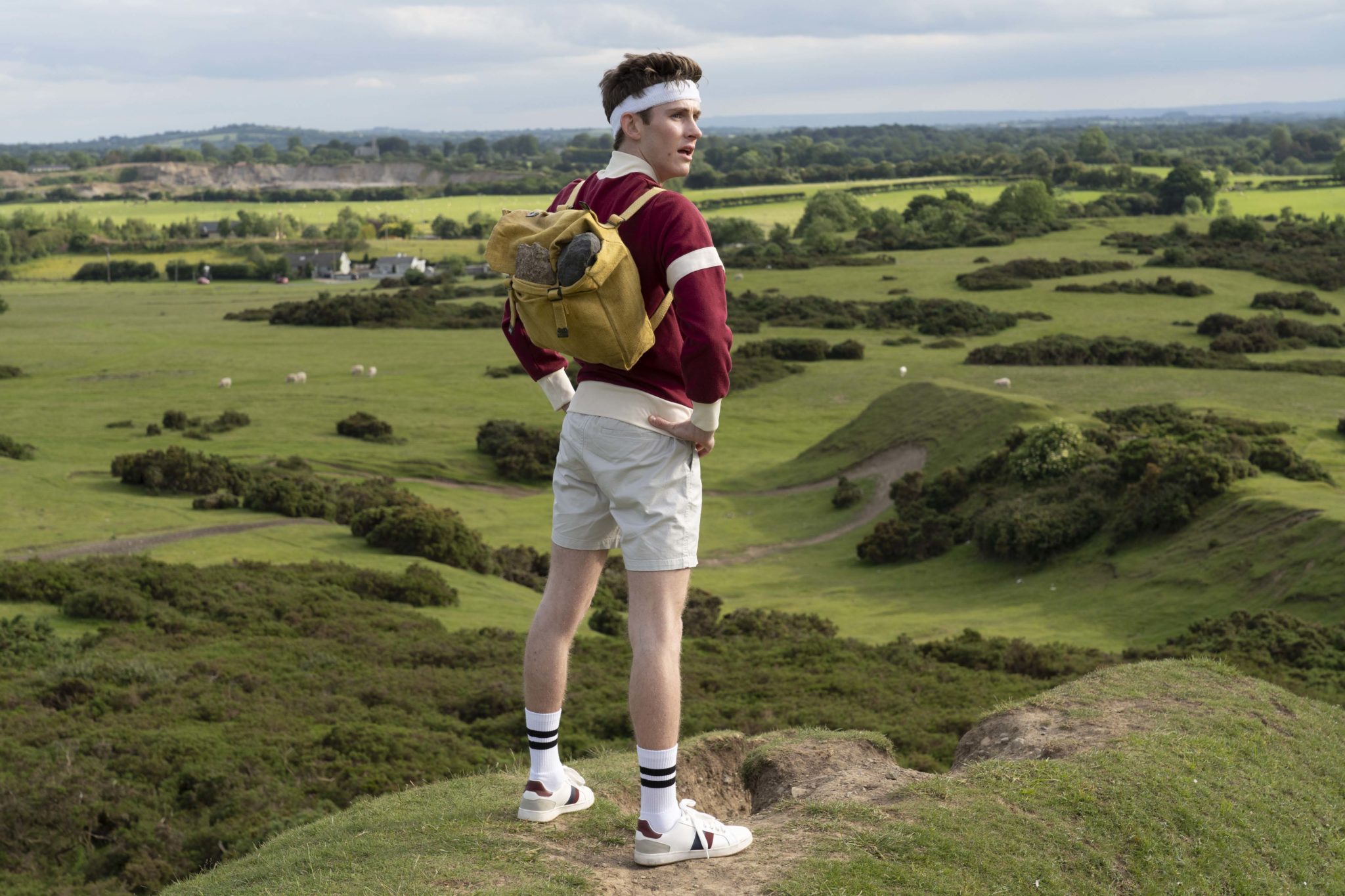 Fionn stars alongside Lola Petticrew in Dating Amber, as teenage friends in mid-’90s Kildare who fake a romantic relationship in order to hide their true sexuality from their classmates. The pair have struck up a strong offscreen friendship too – spending three-and-a-half months living in a caravan together during the first lockdown.

“We’re both so comfortable around one another, so it was a really lovely time,” he tells me. “It also wasn’t a million miles off what our everyday lives were like before that. We had been in London and were spending a lot of time together. It was a good test of our friendship and thankfully we came out the other side unscathed!

“The lockdown did jumble things around for me a bit with work,” he adds. “But at the same time, I was really lucky that both Normal People and Dating Amber came out during that time – so I was kept relatively busy with that.”

But even Fionn, who plays Marianne’s sadistic boyfriend Jamie in Normal People, was taken aback by the phenomenal global reaction to the series.

“We were all so blown away by the response,” he says. “Everyone who went into it was a huge fan of the book. We wanted to make something that did the book justice, and that fans of it would enjoy – and hopefully bring some new eyes to it as well. I don’t think any of us could have anticipated the reaction. We were all texting each other from isolation, with every new article that came out about it.

“I heard about the Joe Duffy drama,” he adds, laughing. “I got a pretty detailed run-down of what was said, but I didn’t listen to it myself. Of course, everyone is entitled to their own opinion, but our opinion, as the people who made the show, would be pretty different to the people who went on and said those things on Joe Duffy. But I know the show isn’t for everyone!”

From the success of Normal People and Dating Amber, Fionn is set to make a serious splash on a global scale again – with a role in Cherry, the new film from the Russo Brothers, starring Tom Holland as an army medic who returns from Iraq in the midst of the American opioid epidemic.

“Even the thought of the Russo Brothers seeing me audition was mind-blowing,” Fionn grins. “So when I was actually cast, and when I was out there making it, I was pinching myself every second. I learned so much from being on that set. I was a huge fan of theirs, and of Tom Holland as well – so it was amazing.” 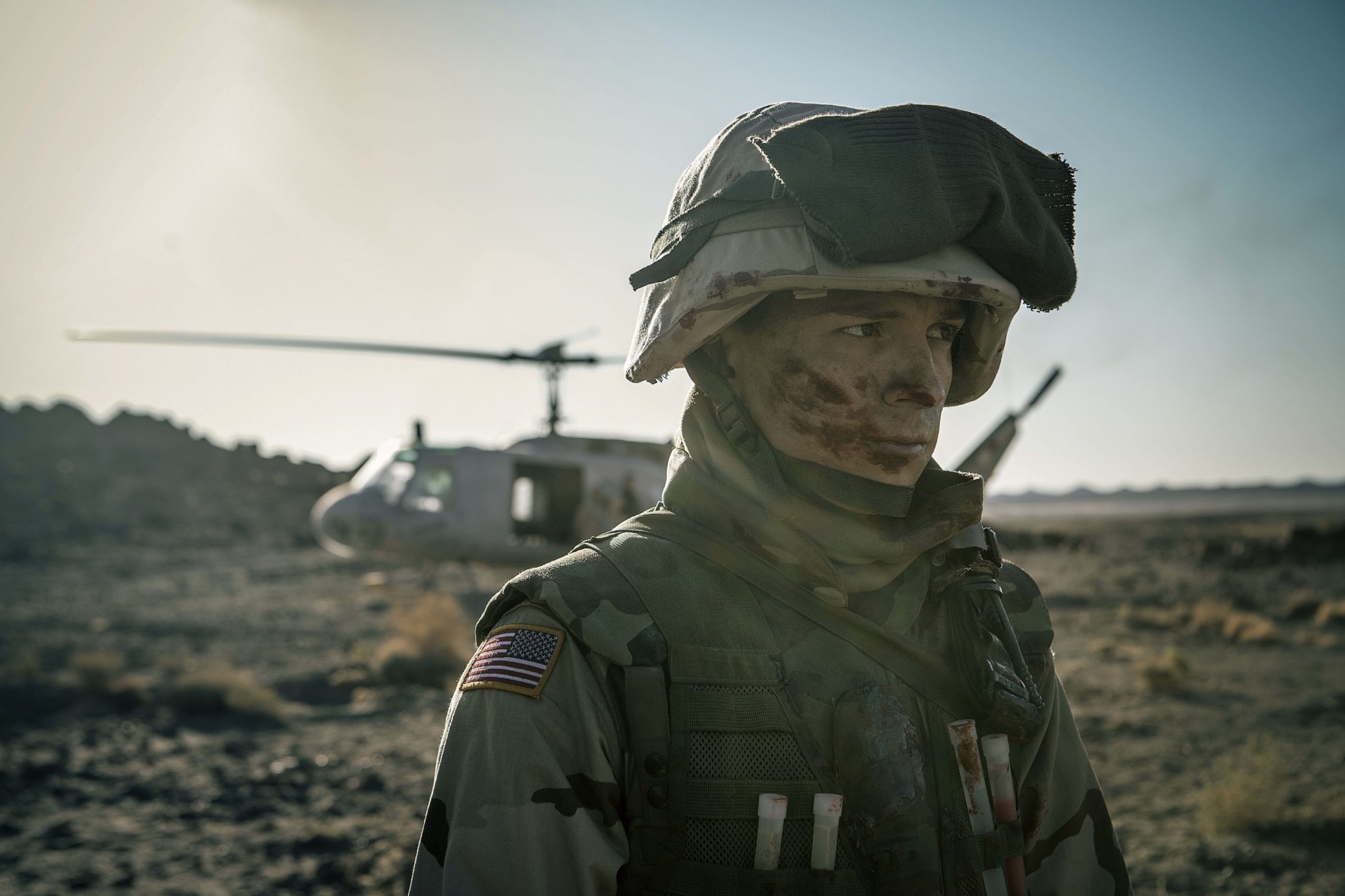 Fionn will appear alongside his Dating Amber co-star Lola Petticrew once again in Nathalie Biancheri’s Wolf – which has been acquired for worldwide distribution by Focus Features. Undoubtedly, with such an array of homegrown talent making an international impact, there’s never been a more exciting time to be an Irish actor.

“Seeing the wealth of talent coming out of Ireland, in every department, just makes you really proud to be Irish,” Fionn nods. “A lot of people from so many different countries are looking at all the film, TV and theatre that Ireland is churning out, and they’re huge fans of it. It makes me really proud to see so much amazing Irish talent.”

Imelda May will host a Dublin party to celebrate new film Fisherman's Friends: One and All
Beavis and Butt-Head return with commentary on Tyler the Creator, BTS and Olivia Rodrigo
Mad Hatter Q&A: Demi Isaac Oviawe - "First person I'd invite to my birthday party? Lizzo. We'd be best friends"
Irish language film A Cailín Ciúin submitted for an Oscar
Martin Scorsese and Leonardo DiCaprio to reunite for seventh time on The Wager
WATCH: Cillian Murphy stars as 'father of the atomic bomb' in first Oppenheimer trailer