The Duffer Brothers have announced Upside Down, a new production company with Netflix, and a Stranger Things spin-off in the works.

The Duffer Brothers, creators of the hugely popular series Stranger Things, have created a new production company as part of their contract with Netflix. The company is called Upside Down Pictures and is currently set to work on five projects - including a Stranger Things spin-off.

The spin-off is going to be "1000% different" to the main series, so fans won't be getting more screen time with charming fool Steve Harrington or more clarity on Eleven's intriguing past. However, the project will stay within the same universe and adhere to the same mythology established by the show that captured the public's imagination.

The Duffer Brothers have formed Upside Down Pictures, a new production company through which they will develop film and television projects as part of their overall deal with Netflix.

Here’s a sneak peek at a few of the projects that are currently IN DEVELOPMENT:

In addition to the live-action spin-off, Upside Down Pictures is also set to produce a stage play with Stephen Daldry and Sonia Friedman. Daldry has worked on Billy Elliot in the past and Friedman has an equally impressive background with work on The Book of Mormon and Harry Potter and the Cursed Child.

The stage play will also be set in the Stranger Things universe. So, technically, we're getting two spin-offs (!) to look forward to.

The final three upcoming projects are unrelated to the Duffer Brothers' original show, but promise to be exciting nonetheless. One is a live-action TV series adaptation of Death Note. While this has had adaptations in the past, including some that are currently housed on Netflix, Upside Down Pictures has big plans for infusing the popular Japanese manga and anime with new life.

The fourth endeavour is to be based on Stephen King and Peter Straub's The Talisman and created by Curtis Gwinn. This fantasy story deals with a similar premise to Stranger Things- the protagonist discovers a crystal (the 'talisman') that allows him to travel between his plane of existence and an alternate dimension. While navigating flipping between the worlds, he's searching for a way to save his mother from cancer. This book is actually the one that Lucas is reading out loud to Max while she's in the hospital at the end of the most recent Stranger Things season. (Coincidence? We think not.) 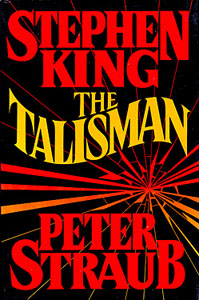 The final project currently promised by the new production company is an all original live-action series from creators Jeffrey Addiss and Will Matthews. Together, Addiss and Matthews have worked on the Netflix series Dark Crystal: Age Of Resistance which won an Emmy in 2020 for Outstanding Children's programme.

In creating Upside Down Pictures, the Duffer Brothers hope to foster the kind of stories they loved growing up. They want to create “stories that take place at that beautiful crossroads where the ordinary meets the extraordinary, where big spectacle co-exists with intimate character work, where heart wins out over cynicism.”

As of right now there are no dates set for the release of these projects but they promise to be thrilling whenever they hit the streaming service.