Maybe they should change the name to Carpull Karaoke... Plus our five favourite 'Carpool' moments.

James Corden may have been tricking us all with a little movie magic on his Emmy-winning Carpool Karaoke series. A user on Twitter spotted Corden filming with Justin Bieber and noticed Corden wasn't driving the car.

Saw James corden and Justin Bieber filming carpool karaoke and this is why I have trust issues — he isn't even driving! pic.twitter.com/bkP9moGJmu

Fans replied to the tweet with their own Carpool Karaoke spottings, adding to the confusion.

When I saw him filming in 2017 with Katy Perry he was driving! https://t.co/4IBuc8H3bg https://t.co/sdbpIqYmC6

So what is the truth? After the tweet went viral, Ben Winston, executive producer of the Late Late Show, clarified on Twitter that the rig is only for "stunts" and Corden is almost always driving the car himself.

Not true! We only use a rig when we are doing a "stunt" as part of the Carpool - when it would be impossible for James to drive! This has occurred only maybe 4 times in 50 or so carpools... Safety is key! https://t.co/kfJXqZqEHq

Then the show decided to have some fun with it.

guys, we don't even use a real car pic.twitter.com/O0sxMwNFtP

While James Corden isn't any Ryan Tubridy, we've still got a soft spot for his Carpool Karaoke, real or fake as it may be. Here are our 5 favourite Carpool moments:

It's an episode full of classics like 'Superstitious,' and how could you not enjoy listening to Stevie Wonder's heavenly voice? But the part of this episode that makes it stand out from the rest is when Wonder calls and serenades Corden's wife. "I just called to say James love you," he sings, and the waterworks start.

Besides his music, Elton John is probably most well-known for his costumes (including sunglasses). Glitter, feathers, wigs... It's all part of the Elton John brand. And while there weren't any extravagant headpieces, Corden brought out the feather boas, sunglasses, and even a lion's mane for 'Crocodile Rock' and the Lion King's 'The Circle of Life.' 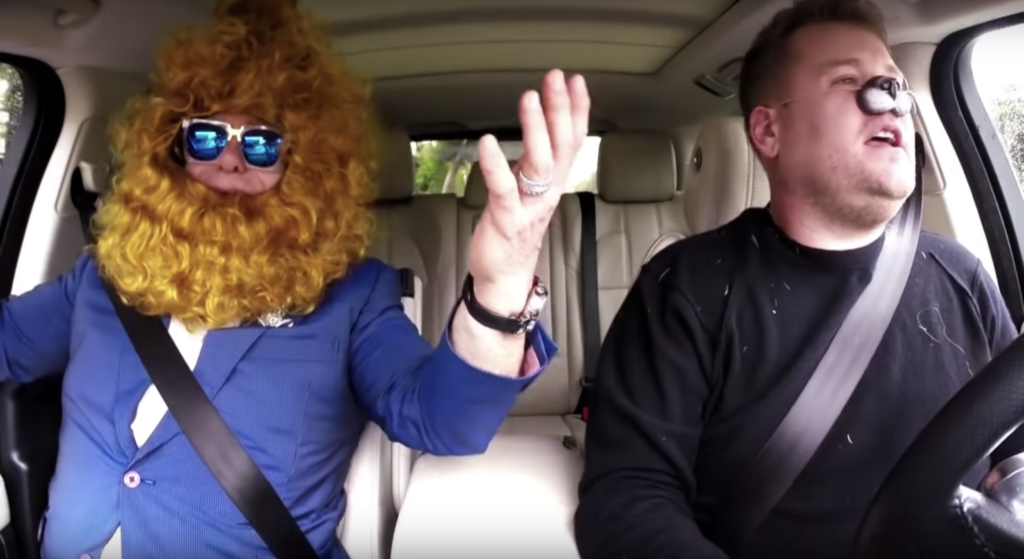 Gwen Stefani's 'Hollaback Girl' is already a classic karaoke song. What's more fun than adding two Hollywood A-Listers? Corden and Stefani are driving around, singing along to classics like No Doubt's 'Don't Speak,' when Corden calls up George Clooney, asking for some more passengers so he can bypass traffic in the carpool lane. What ensues is a thing of true beauty -- Clooney and Julia Roberts passionately singing along to "this shit is bananas, b-a-n-a-n-a-s."

Corden's flight to Los Angeles is cancelled, so he hitches a ride with Kanye West and the Sunday Service Choir. Say what you want about Kanye and the lukewarm reviews for Jesus is King, but there's no denying how incredible a full choir filling the seats of an aeroplane is. There's no radio to sing along to here -- it's all a cappella with the Sunday Service Choir. The departure from the show's usual format (and vehicle) is incredible. 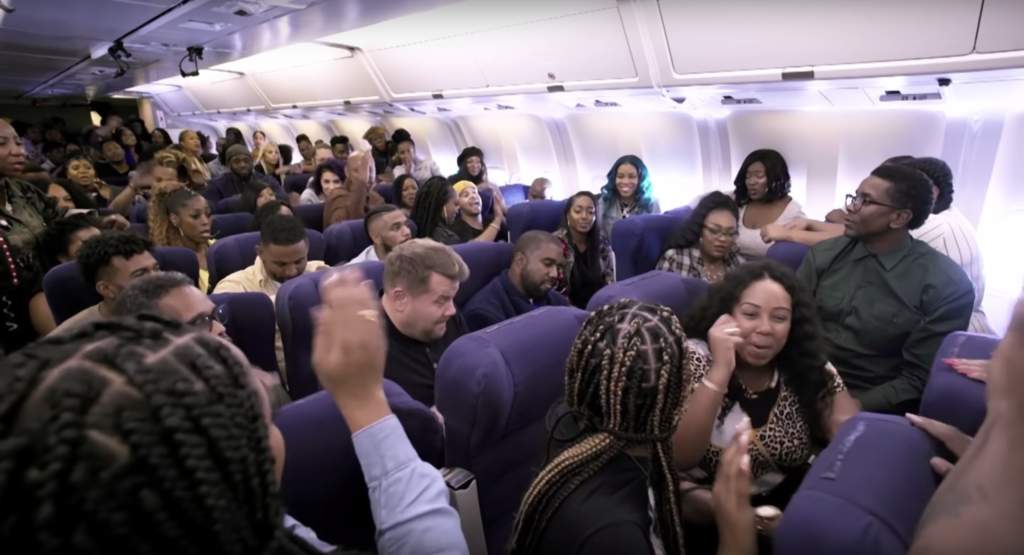 It's a testament to how successful the show has become when the First Lady of the United States hops in the car for a sing-along. Corden drives around the White House grounds with Michelle Obama singing her anthem for all-star women 'This Is For My Girls,' when collaborator Missy Elliott pops in out of nowhere. The three sing and dance to the empowering track in an infectiously fun and wholesome moment.

Lisa McGee: "I wanted the Derry Girls ending to feel quite final"
Phoebe Bridgers drops 'Sidelines' video with clips from Conversations With Friends
FIRST LOOK: Netflix share images from new Liam Neeson film In the Land of Saints and Sinners
Details regarding the soundtrack of Stranger Things season 4 have been announced
President Zelenskyy and Ukraine rally behind Kalush Orchestra's Eurovision win
Loah, Taylor Swift and more praise "stunning" adaptation of Conversations With Friends