Can Austen fans be persuaded to like Netflix's Persuasion?
Dakota Johnson as Anne Elliot in Persuasion (2022).

Netflix's adaptation of Persuasion is available to watch this Friday (July 15) and Austen fans are waiting in suspense.

The Netflix adaptation of Jane Austen’s Persuasion hits the streaming platform this Friday - a moment that Austen fans have been eagerly awaiting since the polarising trailer dropped earlier this year.

Why, you might be wondering, was the trailer so aggravating to Austen fans? It all comes down to the characterisation of Anne Elliot, the protagonist of the story. In what is widely considered Austen's most mature novel, Anne's character appears different in core ways to the Netflix depiction.

Anne Elliot is the middle daughter of a very vain, widowed man. The novel introduces her by saying “...Anne, with an elegance of mind and sweetness of character, which must have placed her high with any people of real understanding, was nobody with either father or sister: her word had no weight; her convenience was always to give way - she was only Anne”. 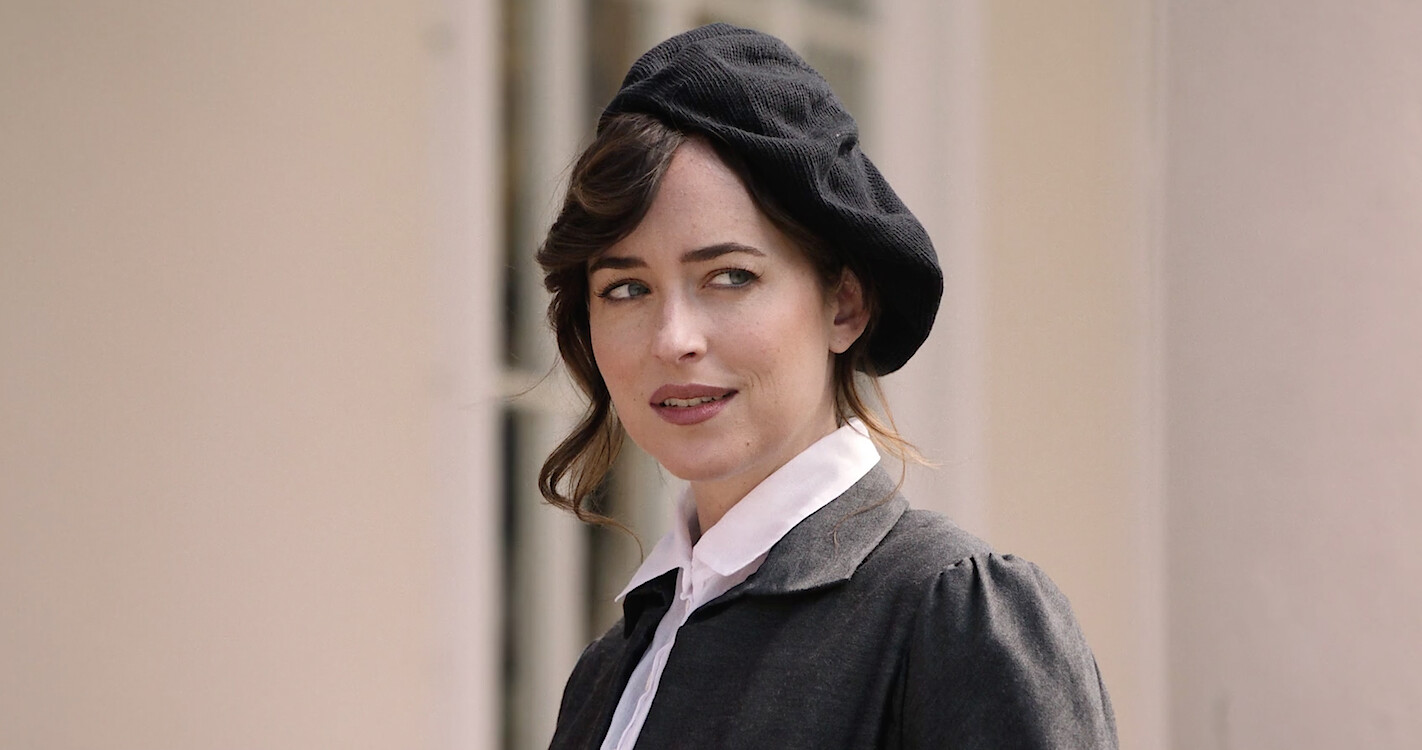 Her story starts eight years after her earnest, young romance took place. Readers meet Anne when she hears that the love she was persuaded to give up is returning to the country. Captain Wentworth was a sailor when they met, poor and unrefined. To a family as vain and silly as Anne’s, the match could not be borne.

Readers are informed that “she was persuaded to believe the engagement a wrong thing - indiscreet, improper, hardly capable of success, and not deserving it. But it was not merely selfish caution, under which she acted, in putting an end to it. Had she not imagined herself consulting his good, even more than her own, she could hardly have given him up. The belief of being prudent, and self-denying principally for his advantage, was her chief consolation, under the misery of a parting”.

In this way, Anne occupies the position of a martyr, self-sacrificing to a fault with no one to care about where that leaves her.

In the eight years since she told Wentworth she couldn’t marry him, Anne retreats into herself. She is a master in the art of making herself small. While clever and kind, she is selfless to the point of internal pain. Anne has been taught that duty to her family takes precedence over her happiness and her opinion. So, at the beginning of Persuasion, Anne Elliot is a woman with very few pleasures and a surety that she is unworthy of attaining new ones (or, as the case may be, fighting for old ones). 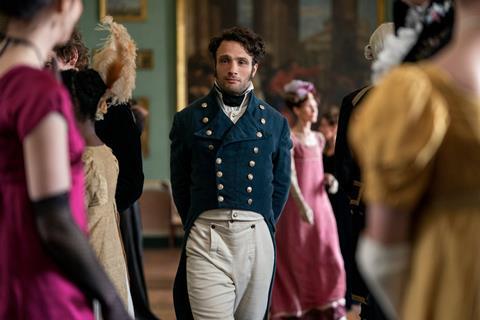 When Wentworth reappears in her life he comes with a grudge, and seeks to hurt Anne for breaking his heart in saying things like “it is the worst evil of too yielding and indecisive a character, that no influence over it can be depended on".

Despite this, the Captain cannot forget her completely; “He could not forgive her- but he could not be unfeeling”. Throughout the novel he thaws in the constant tide of her goodness.

Unlike the Austen characters popularised by adaptations in the past; Anne is not witty, brazen or brave. She doesn’t have the safety net of sisters and friends like Elizabeth Bennett or the unwavering fatherly adoration that Emma Woodhouse does. She is stoic, often indecipherable - even to the reader - in the crush of tending to everyone else's problems.

The Austen character most similar to Anne comes from Sense and Sensibility. Elinor is also burdened with a silly and selfish sister (albeit one instead of two). Left to handle the debts of the family and utterly convinced that it isn’t her place to follow her heart, she lets the man she loves go. When (spoiler) Elinor and Edward do finally come back together at the end of the novel, it’s not coloured with the fiery passion of Elizabeth and Darcy or the playful teasing of Emma and Mr. Knightly. It’s a quiet peace of knowing you get to spend the rest of your life with your best friend.

Because Anne and Captain Wentworth's romance was cut-off once already, neither is sure of the others’ continued affection when they meet again. Their story is one of longing glances, miscommunication, and overthinking to the point of distraction. But it is not one of passionate declarations or arguments in the rain. 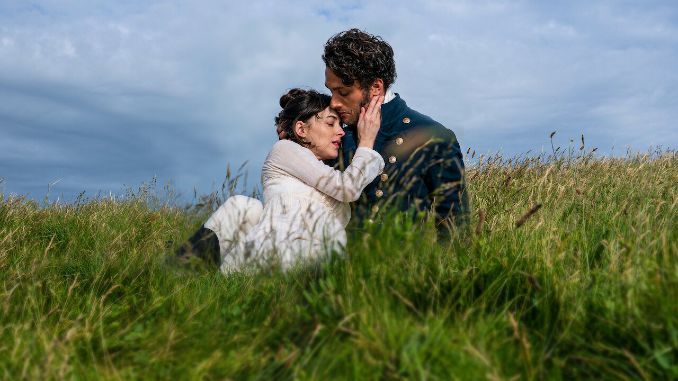 Beyond the romance, Persuasion can be read as a found family story. Anne has to look outside the vain, foolishness of her immediate family for the kind of recognition (and basic human decency) she deserves. Throughout the course of the novel she builds up a community of people who listen and care, not the least of which being Captain Wentworth. With the characters of the Musgroves, the Crofts, Mrs. Smith, Captain Benwick, and Captain Harville, Anne discovers a way to experience life outside her own mind.

There have been three Persuasion adaptations created in the past. One film in 1995, a mini series in 1971, and another film in 2007. None of them have done exceedingly well despite being scrupulous in their adherence to the original text. Having watched all of them to prepare for the upcoming release, the 1995 version with Amanda Root does it best. The film is subdued, the acting is subtle - incredible application of the micro-expression. The romance feels heavenly when the two desperate characters finally come together at the end.

And while the Persuasion adaptations we’ve seen before stick fairly close to the original source material, TikToker @colormeloverly points out that “you can absolutely do a modern retelling of an Austen novel, it’s been done before and successfully. Emma and Clueless. Gorgeous. Pride and Prejudice and Bride and Prejudice - a Bollywood adaptation. Fabulous.

“However. They kept the vibes the same. They didn’t just change the characters, and make them entirely different than what the author had intended… Netflix appears to have kind of taken Anne Elliot and made her a combination of Fanny Price, Emma Woodhouse, and Elizabeth Bennett and just surgically removed the sadness and the resignation from her even though they are her main qualities.”

And now we arrive at the trailer. With this understanding of Austen’s characterisation of Anne, the "Fleabag-ification" of the character Dakota Johnson presents was immediately jarring. Anne might recognise the ridiculousness of her family but not outwardly and never cruelly. To have Dakota Johnson breaking the fourth wall to address witty quips to the audience felt like a farce of the reserved Anne of the original novel.

Fans are afraid that the Netflix reboot, in an attempt to convey Anne’s internal thoughts to the audience without the use of the book medium, will confuse the omnipresent narration of Austen with Elliots voice. While it's important to retain the wit of Austen herself in the telling of the story, there is not a greater disparity in character than that of Anne Elliot and Fleabag herself.

In an interview with ExtraTV, Dakota Johnson responded to Austen fans by saying, “I’m curious to see what people think. I mean… It's a cover. It’s a version of somebody else’s song… I think it lets the audience in a bit more to the world. It makes you feel like you’re really part of that world rather than watching a world we now feel so removed from. I think it just makes it slightly more accessible, that you’re on the inside of someone’s mind.”

Despite the trepidation in the wake of the trailer, fans have recognised that there is a talented cast in place to carry this film. With veterans of the craft like Dakota Johnson, Henry Golding, and Richard E. Grant, it is with cautious optimism that Austenites turn their eyes to the screen to see how Persuasion will play out this Friday.