Why are Austen fans up in arms about the new Persuasion adaptation? Check out five things the Netflix adaptation got wrong.

Criticism for Netflix’s new Persuasion adaptation seems to stem from a few places: the disparity between the film and Jane Austen's original source material, the "millennialisation" of protagonist Anne Elliot, and the noticeable lack of chemistry between the leads. While there is a growing group of people who have been charmed by the absurdity of the film, there is a loud torrent of voices raised in dismay at Netflix's Jane Austen adaptation.

The characterisation of Anne Elliot

If there's one thing that Anne Elliot prizes in the original novel, it’s agency. She has control over so little in her life and has been forced to relinquish the few things she’s truly cared for at the behest of her family and Lady Russell. Therefore, her choice of how much or how little to share her thoughts and emotions is one of the only true measures of control afforded to her. To strip this away with the crude tool of alcohol was to transform her very real sorrow into a half-baked attempt at comedy. One that primarily resulted in second-hand embarrassment.

Watching the new Persuasion. Kind of weird not to put Anne Elliot in it but I'm enjoying everything else so far.

In addition to exercising control over what little she has to call her own, Anne is known by three primary adjectives in Austen’s work: quiet, gentle and kind. To yell Fredrick’s name out the window in the middle of a party speaks to a drama that would have been foreign to Anne. To blurt out Charles’ intent to marry her before Mary at the dinner table is as cruel as it was uncharacteristic.

Cosmo Jarvis has the perfect puppy dog eyes to pine after Anne Elliot, but the writers gave him very little to work with in the added dialogue and interaction scenes between himself and Anne. The beach scene where he asks to be friends was so stilted it was difficult to understand where the conversation was heading. 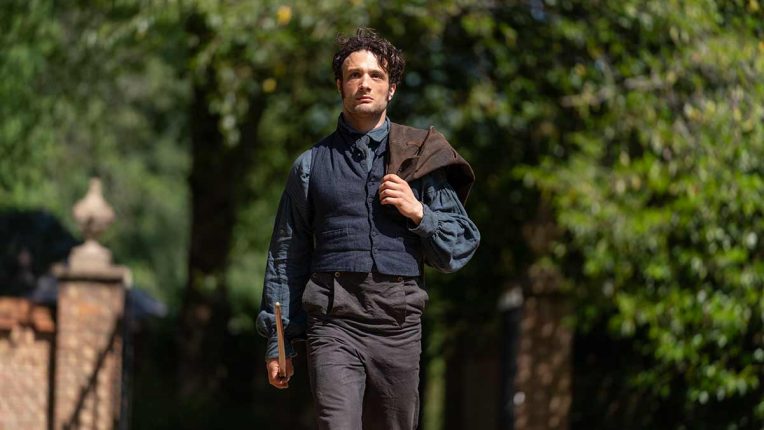 The Captain Wentworth of the film was also not as angry as the one in the novel. In the film, Wentworth was genial, complacent, and seemed instantly ready to take Anne back. However, Austen's Wentworth was a different story all-together. Brokenhearted and sharp from the wound Anne dealt in leaving him, the book is about his path to forgiveness and a story of falling back in love. Netflix's Wentworth seemed to always have the same level of lukewarm appreciation for Anne, no matter the circumstances.

The cavalier treatment of sadness.

Netflix’s Anne was sad. She cried in the bathtub and lay face down on her bed, but she was not diminished in her sense of self. She found humour in the antics of her family, she had quips at the ready for Mr. Elliot, she was upset with Louisa when Louisa claimed Wentworth for herself- believing perhaps that she still had some claim to him. Austen’s Anne was desolate to the point of self-induced invisibility. She had no resources for making light or faking it 'till she made it; her refuge was in smallness, in self-sacrifice. Not in making fun of others (like she does by speaking Italian at Mary) or attempting to make Wentworth jealous (like she does with the jab about Charles).

Oh! Anne Elliot is arch and Bridget Jonesy & loves chattin to the camera AND HAS A PET BUNNY. That’s ok! we will see the sharp depth of her deep grief at the loss of her first love thanks to her awful family soon…
Waitingggg pic.twitter.com/98sObqTRry

Austen wrote this book - her final piece - at a time when she was forced to live with her own challenging family and had given up on love for herself. She was not writing from a place of playful optimism, though her text remains witty and sharp. 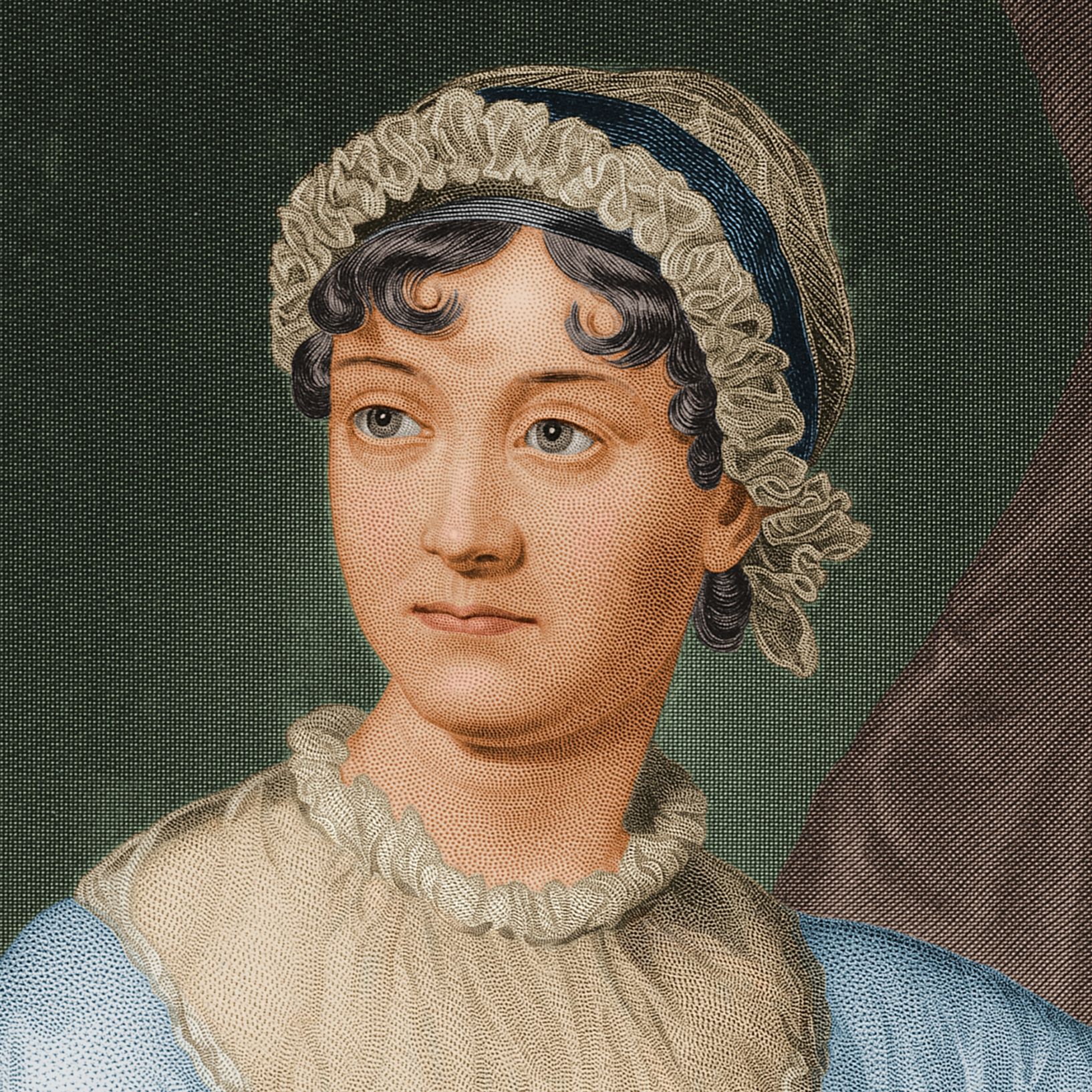 This film was very much made for the woman inundated with the message that to be sad over a man is to be a ‘bad feminist’. The point consistently driven home is that we are strong, independent women who don’t need a man. Much like the Cher interview that orbits the internet now and again, it's for the woman who believes “a man is not a necessity, a man is a luxury”.

With this as the prevalent mindset (as well-intentioned or as toxic as it may be), there’s no room for the mind-numbing sadness of Anne Elliot for whom Wentworth was not just a matter of love but of freedom from her family. Dakota Johnson is the 'girlboss' who treats love like the modern game. A game of exes, 'friend zones', and drunk confessions.

There was potential for the fourth-wall break mode of address to be productive for Anne Elliot because the story is one of Anne finding her voice and of finding people to listen to her voice. In which case, having a camera for Anne to address her otherwise lost thoughts could have been a really intriguing way to show her evolution and growth throughout the story. At the end (in this scenario), she would have found her people and lost the need for the camera altogether. 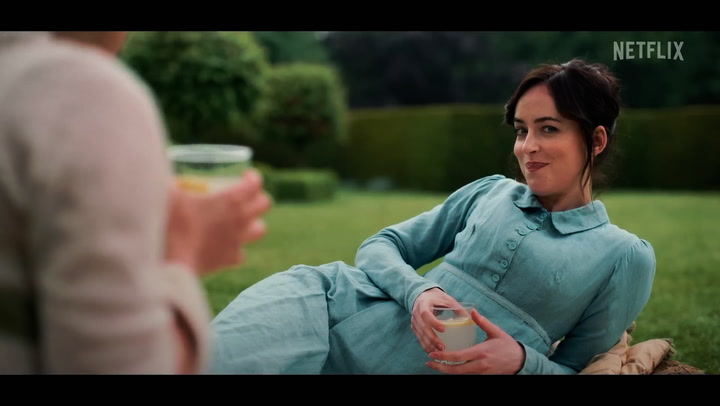 Unfortunately, this is not what occurred. In fact, the film seemed to drop the found family aspect of the novel all together in favour of their rather tepid romance. They cut out the character of Miss Smith entirely, relegated Henrietta to a background character and made Louisa out to be Anne’s rival for the attention of Wentworth. The camera, then, served only the purpose of producing a watered down version of Fleabag in showing Anne’s humour as a defence mechanism.

There is absolutely no reason for this scene to exist. Why on earth would they have Anne Elliot — who never volunteers information unless she trusts someone completely — share a dream about sucking off her own face as an octopus? A worse reading of character has never before been done. Not to sound dramatic, but it's a violation of all that is right and good.

The person who came up with an octopus in Persuasion should be banned from even looking at anything Jane Austen forever.

If you’re in need of a palate cleanser after this film experience, consider finding solace in the original work of Austen’s or checking out the 1995 movie version of Persuasion on Amazon Prime.