With the myriad of negative reviews floating around, check out 5 things Netflix's Persuasion got right:

With increasing trepidation in the wake of negative reviews from critics ahead of the release, fans were waiting for Netflix's new Persuasion adaptation for themselves. Now, they’ve spoken. In the midst of critical and public backlash, there’s a quiet amusement building to support a favourable recommendation of the film. Both die-hard Jane Austen fans and newcomers alike are also falling into the 'its-so-bad-it's-almost-good' camp, cementing its guilty pleasure status for some.

For those unaware of the 1817 novel, protagonist Anne Elliot is living with her snobby family on the brink of bankruptcy, lamenting the love she was convinced to give up eight years ago. When Frederick Wentworth — the dashing one she once sent away — crashes back into her life, Anne must choose between putting the past behind her or listening to her heart when it comes to second chances.

Read Hot Press' take on what Netflix’s Persuasion got right below.

The casting for Mary Musgrove

Mary, as exasperating as she is, was flawlessly cast and one of the most entertaining parts of the film. Played by Mia McKenna-Bruce, the character maintained the attitude and persona of the original Austen character but flawlessly integrated the film’s insistence on the internet language of today.

Anne Elliot with the Musgrove children

In the book, Anne is always left with the children while Mary and Charles attend to other things. The movie added scenes to make this believable and Dakota Johnson did a fabulous job incorporating some of Anne’s hidden playfulness into her role - making for an entertaining and endearing experience. 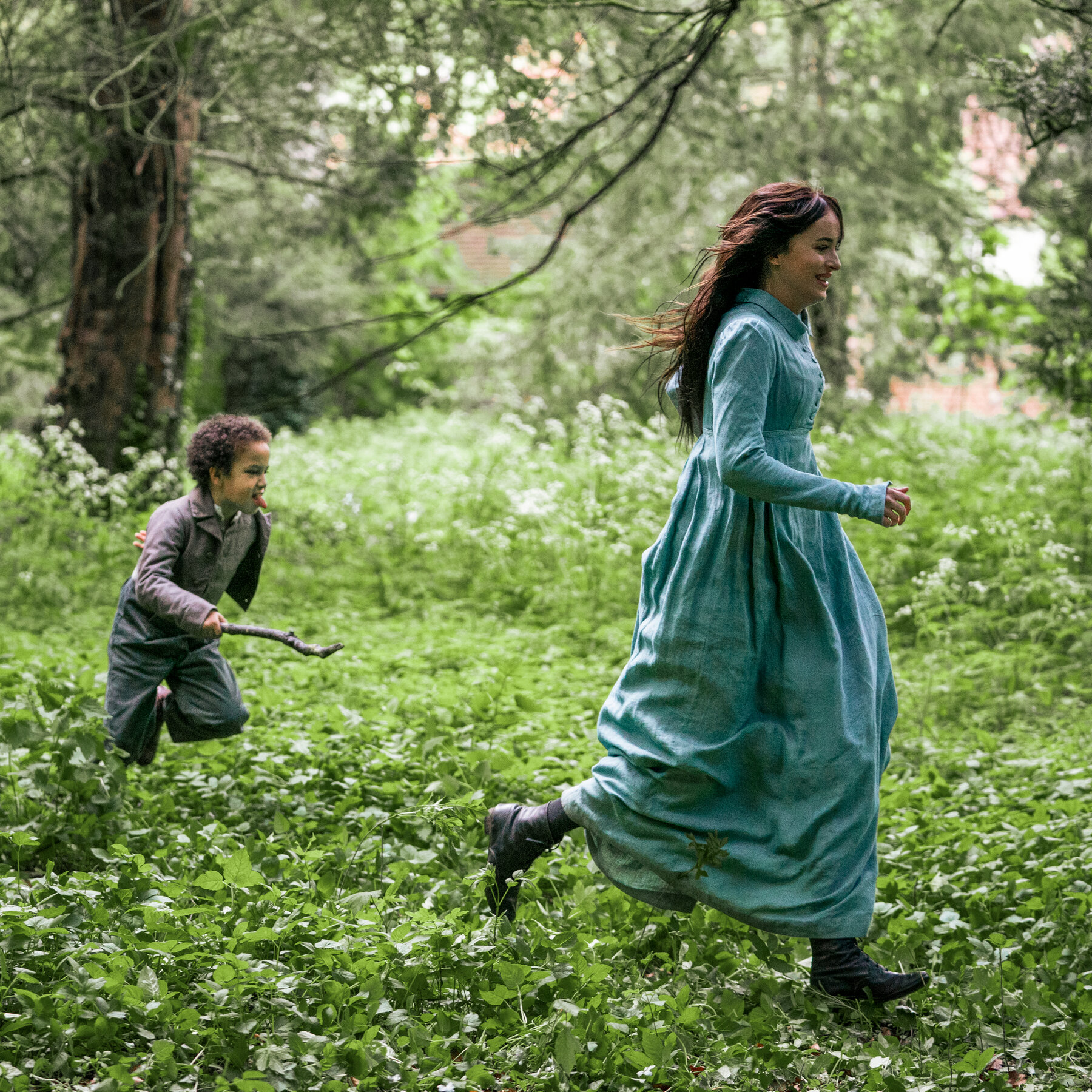 Like the 2020 adaptation of Emma, this film had some of the carefully curated backdrops and details that made Emma such a resounding success. This can especially be seen in the opening scenes that take place at Kellynch Hall and with the introduction of Sir Walter and Elizabeth. The film also includes beautiful on-site filming locations like those in Bath and the South of England. 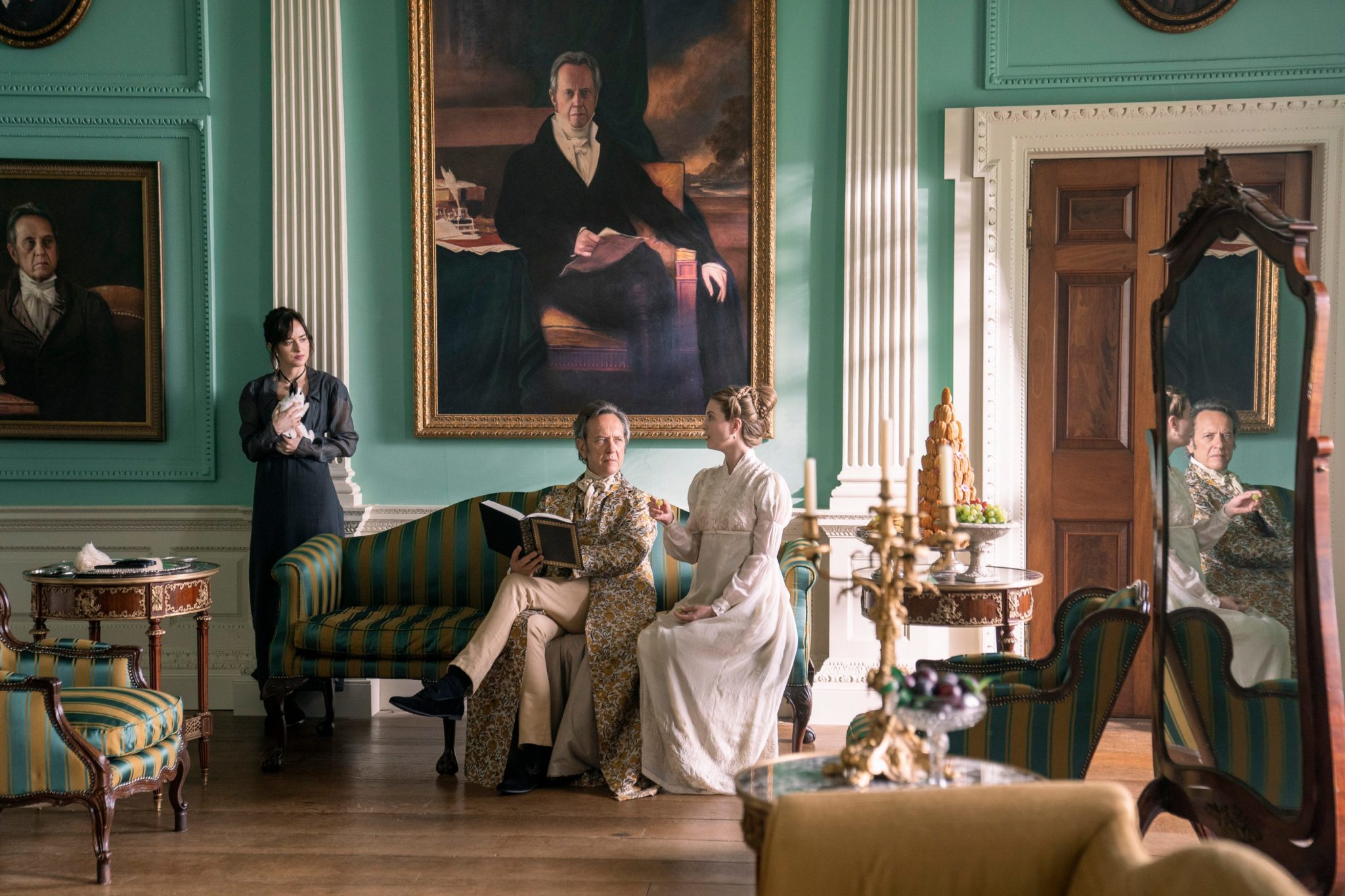 Was there confusion as to why Golding wasn’t the leading man? Yes, but he played the foppish rake to perfection. Golding portrayed Sir Elliot effortlessly as over the top, delightfully flirtatious, and just the right dash of detestable.

Whether camp or just cringey, the movie is entertaining as a separate entity from the original source material. Dakota Johnson is charming, relatable, and points with sardonic irony to the heroine of the modern romance; one who cries in the bathtub, saves playlists made by her crush and has 'main character moments' in the sea.

If you found yourself chuckling at this absurd adaptation, you’ll be pleased to hear that Netflix is planning to remake Pride & Prejudice in the same style.

The Netherfield Girls will be a “fresh and contemporary take” on Pride & Prejudice inspired by Easy A and 10 Things I Hate About You starring Maitreyi Ramakrishnan from the TV show Never Have I Ever.

Imelda May will host a Dublin party to celebrate new film Fisherman's Friends: One and All
Beavis and Butt-Head return with commentary on Tyler the Creator, BTS and Olivia Rodrigo
Mad Hatter Q&A: Demi Isaac Oviawe - "First person I'd invite to my birthday party? Lizzo. We'd be best friends"
Irish language film A Cailín Ciúin submitted for an Oscar
Martin Scorsese and Leonardo DiCaprio to reunite for seventh time on The Wager
WATCH: Cillian Murphy stars as 'father of the atomic bomb' in first Oppenheimer trailer