Lil Nas X came out on Twitter last month, on the last day of Pride Month 2019. His decision generated a lot of praise - but fellow Atlanta rapper Young Thug has expressed concerns about the revelation.

Young Thug has expressed his concern about the decision of his fellow rapper Lil Nas X to come out as gay. Young Thug was at pains to make it clear that he has nothing against the LGBTQ+ community. Rather, Thugger appears to be worried about the impact it might have on his new friend – and on his career.

“I feel like he probably shouldn’t have told the world,” he said to No Jumper podcaster Adam 22.

The hit climbed quickly to the top of the Billboard Hot 100 chart and hung in there sucessfully, over an extended period. By week 13, the song was still at No.1, making it the longest-running hip-hop No.1 hit. As of now, July 2019, it has retained the top spot for a whopping 15 weeks – and with that came a new record. No openly gay artist has ever managed to perform so well on the iconic chart.

On 30 June, buoyed by this phenomenal success, the country-rapper took a step into the unknown by publicly announcing that he identifies as a homosexual man, via the following tweet:

Taking a closer look at the lyrics of his song 'c7osure' to which he is referring - it features on his debt EP 7, released on June 21 - it seems to contain a hidden message: “Brand new places I’ll choose and I’ll go, I know/ Embracin’ this news I behold unfolding/ I know, I know, I know it don’t feel like it’s time/ But I look back at this moment, I’ll see that I’m fine.”

Hill was neither scared nor ashamed to reveal that he is a gay rapper. In fact, he had left clues in his recently released artwork - or at least he thought so!

deadass thought i made it obvious pic.twitter.com/HFCbVqBkLM

Lil Nas X pointed out that the rainbow-coloured building on the cover of 7 EP was strongly hinting at his sexuality.

Back in April, it was announced that another remix of 'Old Town Road' would be released, in collaboration with Young Thug. Judging by his Instagram account, the Atlanta rappers seem to have developed a close bond. This is most definitely why Thugger felt free to comment about his fellow star, when news of his coming out as homosexual was broadcast across the world. 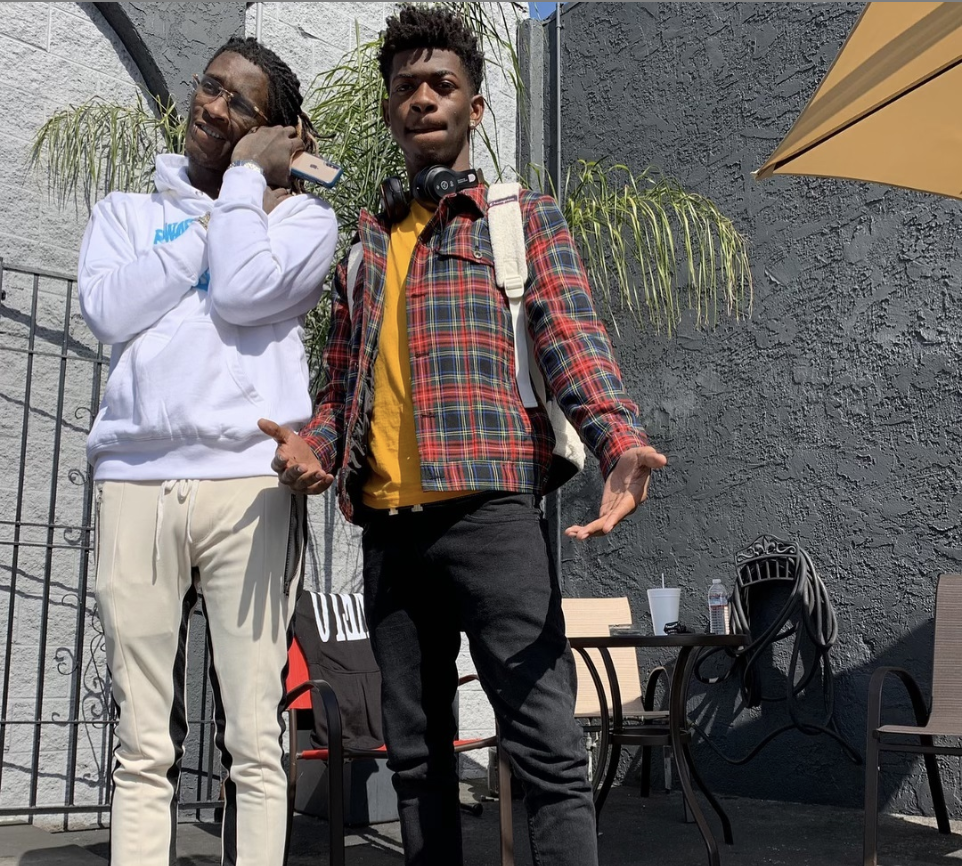 “These days, m*therfuckers, it’s just all judgment,” Thugger reflected. “Motherf*ckers is just judging. It ain’t even about the music no more. Once you found out he was gay, as soon as the song come on now, everybody like, “This gay-ass n*gga.” N*ggas don’t even care to listen to the song no more…”

“I just feel like he young, and backlash can come behind anything," Young Thug added. "[His coming out] wasn’t a bad idea, and it was most definitely the best time to do it, during Pride. That was the best time to do it. That was a G’s move. But he young, and I know he going to be dealing with it in his mind. I dealt with this shit before. I know what he dealing with. So I was like, ‘Fuck, he should have never said that, never should have told them'.”

Young Thug himself has cultivated an ambiguous approach to his sexuality. He identifies as 'fluid' - the cover of 2016's Jeffrey, on which he wore a dress, confirming it, amongst other references.

While the hip-hop scene is known for instances of rampant homophobia, no derogatory comments are known to have been made against Lil Nas X, since he came out. Hopefully this will last. Asnd if it does, it could be a sign that an increased tolerance and inclusiveness has emerged within the scene.

A few days ago, Lil Nas X joyfully made a surprise appearance at Glastonbury alongside Billy Ray and Miley Cyrus, to perform the hit 'Old Town Road'. Later this year he will take part in the Adult Swim Festival of Los Angeles, as well as the Day N Vegas Festival. Nas X definitely seems on the road to lasting success. The hope is that no out-of-date prejudice will interfere with that.