Wild Youth's David Whelan: "I was trying to sneak into this place five years ago and now we're performing here; it's a crazy feeling"
Wild Youth at The Button Factory. October 22nd 2021. Copyright Meryl Prendergast.

Wild Youth frontman David Whelan caught up with Hot Press ahead of supporting Westlife and headlining CAPPA FEST this August.

After a busy year of their own headline tour, supporting Lewis Capaldi and The Coronas, Wild Youth are showing no signs of stopping anytime soon. August alone sees these gents supporting Westlife across their sold out Irish shows, and headlining at Tipperary's CAPPA FEST.

Ahead of their debut Tipperary performance, I sat down with frontman David Whelan to chat about festivals, opening slots and future plans. Donned in football gear, banana in hand, and on his way to training - Whelan reminded me how "normal" the rising quartet are.

Consisting of lead singer David, Conor O'Donohoe on keys/vocals, guitarist/vocalist Ed Porter, and Callum McAdam on drums, Wild Youth is still a considerably young band, having only released their first single in 2017. In a recent Hot Press interview, Dave expressed the band's happiness to be performing again after lockdown. However, having spent the last few months extremely busy, I wondered if the shine had worn off yet for the band.

"I'm still feeling great," the singer beamed. "The pandemic gave me time to think in depth about gigging and touring; my favourite parts of being in a band. I told myself, 'I'm never going to take that for granted again once it comes back'. I'm cherishing it." 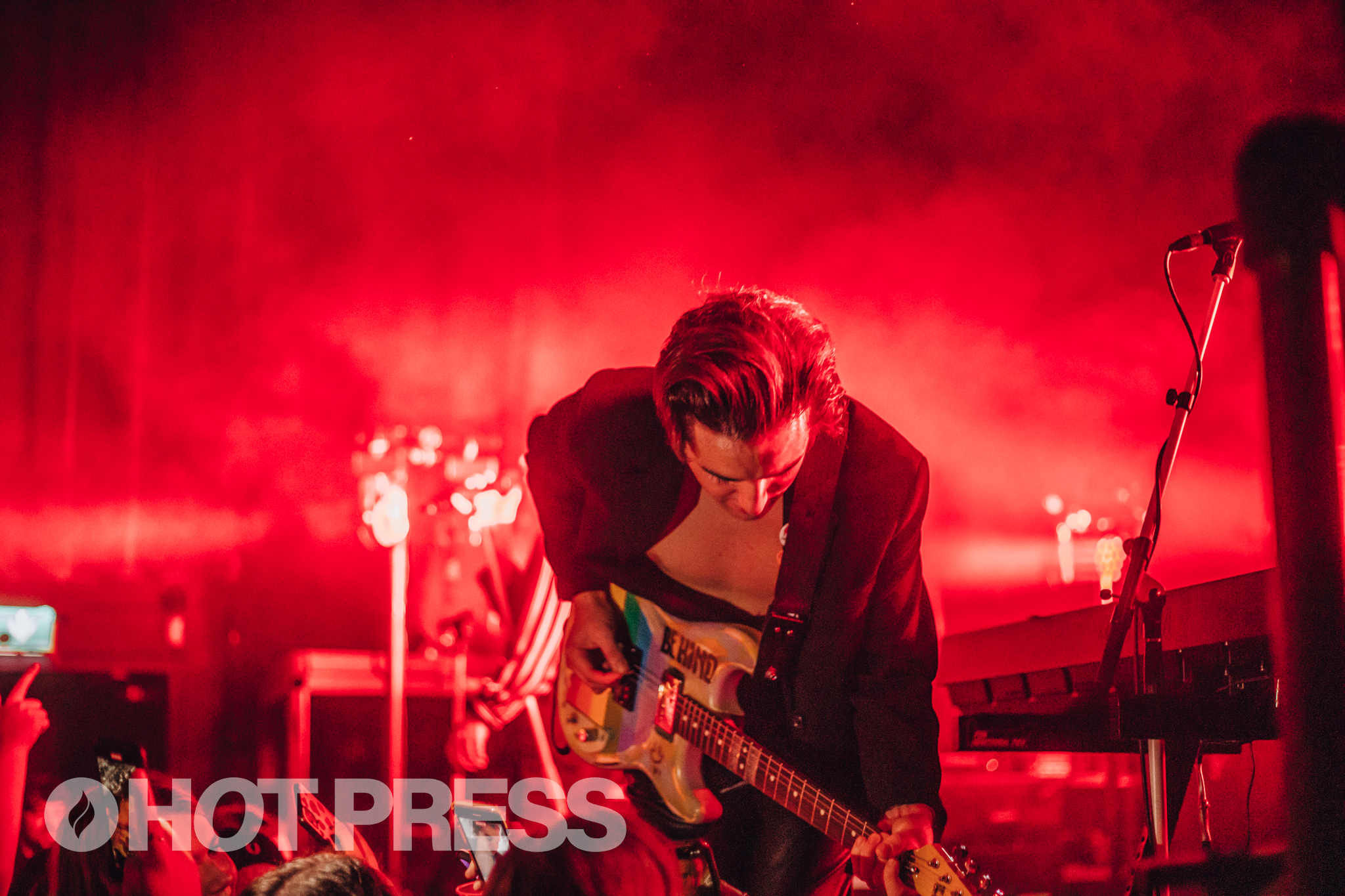 A rather big fan of the band myself, I attended the group's sold-out performance in Limerick's Dolan's Warehouse back in February. Chatting to Dave in a different setting, his on stage persona is light-years away from the man sitting in front of me. Looking puzzled, the singer explained: "That's something I’ve struggled with to be honest, the concept of trying to understand it. It's like a 2.0 version of me. I'm an introvert with confidence in the normal world but when I get on stage, I change into this different person."

Prodding a little further, I was curious if this larger than life character draws inspiration from anyone. "That's a good question," Dave offers. "I've never thought about inspirations and stage personas. I was a big fan of Freddie Mercury and Prince growing up, in terms of showmen. It's definitely something that bubbles inside me and explodes the minute I walk out. I express myself on a stage. I really do. I get nervous during these interviews, and worry that I'm going to say something stupid. It can be hard reading my own words back, but when I'm up there, I know for a fact I could speak for 55 days straight with no sleep."

Having just played Indiependence and with CAPPA FEST just around the corner, the musician let his love for festivals flow.

"There’s such a buzz just about playing festivals," the artist chuckles. "I grew up going to festivals, sleeping in a shitty two-man tent in the rain and the mud, traipsing in filthy wellies through thousands of people to see my favourite act. I love everything about festivals. To be on the other side and play them, and now for them to be back in full flight, that's such a cool feeling.

"We played Electric Picnic in 2019. The 1975 were playing that night and we came offstage and were straight out into the middle about four or five rows back from the front getting absolutely thrown around the place. That's why you go to these places: to get involved and let the music take you over."

Letting me in on his festival history, the singer told me about attempting to sneak into Electric Picnic when he couldn't afford a ticket. "Me and three of my friends drove down in the middle of the night. We thought it would be dark, there'd be no-one there, that's the perfect time to sneak in," the singer laughed.

"We drove down, jumped the fence, and spent the whole time running away from security and security dogs. Eventually the sun started to come up and we were fucking exhausted. I was ripped to shreds with thorns and I said, 'I can't do this anymore, it's not worth it'. We didn't even get to the main part! We talked to security and apologised, but they found it funny. They brought us off and took our names, telling us not to do it again. I left thinking I needed to get in there somehow, in the future. Then four years later, I got to play."

A complete full circle moment, the singer explained that playing Electric Picnic 2019 was "one of the highlights" of his "whole entire life."

"It was a really emotional moment for me. As I said, I grew up in that field at the front and I was looking out at all my best friends on each-others shoulders. I sat down on the stage and I got really emotional. I was like if yous all fucking knew right now that I was trying to sneak into this place five years ago and now I'm getting to play here, it's a crazy feeling. So yeah, hopefully that will never come back to haunt me."

Having played a lot of opening slots for international acts lately, and now in festival season - I wondered how the band manages to capture a crowds attention when they're not necessarily there to see Wild Youth.

"I think you’ve just got to be true to yourself," the singer emphasised. "People aren't stupid, you know? They see through it straightaway. You know they're there to see the main act of course, and rightfully so. The main act deserves that for a reason. But also, I don't think they're gonna be mean. They're gonna listen to the support act. The support is chosen most of the time by the main act - I think that kind of lingers in the crowd’s head or inside their mind. I think people are kinder than we give them credit for and so you just have to be yourself and have fun. Leave it all on the pitch."

Finally, the singer was ambiguous about upcoming plans for the band. With two EPs and no LP releases, I wanted to know if this is something on the cards for Wild Youth anytime soon.

Holding his banana like a gun, Whelan seemed sworn to secrecy. "There’s a lot of talk of a lot of things, that’s all I’m gonna say," the singer revealed.

"We’ve got a lot of material at the minute. We're really enjoying releasing music again. We’re having fun playing gigs again and we're not gonna stop anytime soon. There will be new music coming out in some shape or form."

Catch Wild Youth at CAPPA FEST on August 14, alongside Ryan Sheridan, Bobbi Arlo, and many more. Tickets are available here.

Check out the boys' latest release 'Live Without You' below.