Wild Youth's David Whelan: "We want to be the first band to represent Ireland in the Eurovision"
Photo: Wild Youth

From supporting Lewis Capaldi on his Irish tour to releasing a brand new single, Wild Youth have had their hands full so far this summer. Guitarist and singer-songwriter David Whelan sat down with Hot Press to discuss inspirations, the brand new track and Wild Youth's plans for the near future.

It was just two years ago that Wild Youth graced the cover of Hot Press’s ‘Hot For 2019’ special issue. Coinciding with the release of their debut EP, The Last Goodbye, it was their first cover story – capturing a band on the cusp of a major breakthrough.

Since then, the Dublin-based band have come exceptionally far, having just finished supporting Scottish singer Lewis Capaldi on his Irish tour. Capaldi's meteoric rise to prominence in 2019 came as a result of his debut album Divinely Inspired to a Hellish Extent. Touring with such a respected musician was, indeed, "a dream come true," Wild Youth's David Whelan tells me.

"It was so emotional. Covid has been so shit for everyone and so many people were out of work. And now, here we are standing in front of thousands of people performing in our home country with our arms around our closest friends and loved ones. It just feels so good to be back," he describes, in total disbelief. 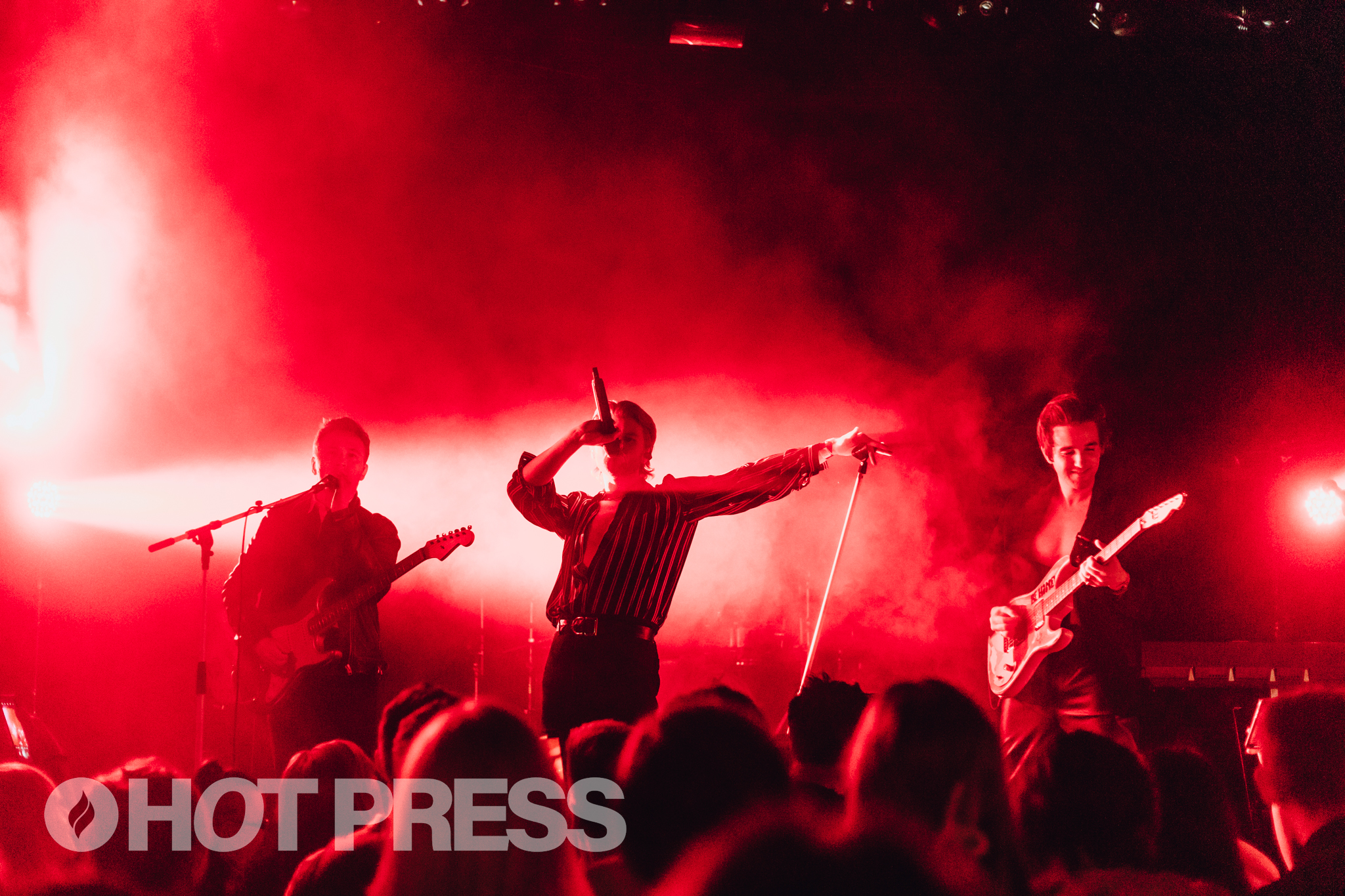 There'll be a lot more pride where they came from as Wild Youth are also set to support The Coronas tomorrow and Westlife later this year.

"We're so honoured to share the stage with these guys. My first ever gig was Westlife and I grew up listening to the lyrics from The Coronas - I wanted to be like them," he explains.

There is no doubt that the lads feel like they're on cloud nine as they're kept busy gigging and releasing music. In fact, their latest single 'Live Without You', was just released last week. A catchy yet vulnerable track in its own right, I wanted to get to grips with the meaning of the song and how it differs from their past projects.

"Being on the road and being away from loved ones is obviously always a hard process," Whelan offers. "I think everybody in the world has either lost somebody close to them that they love, or doesn't want to ever lose somebody close to them, so I think you're that kind of reaches many hearts.

"The song also has a bit of self-doubt in it. I think that idea is very Irish. Culturally, when things are going well we tend to just wait for things to fuck up!" he grins.

Being a fan of Wild Youth for a while now, they - to me - are almost a blueprint for writing music about ever-changing seasons in life. Particularly with the first EP, which had a lot of heartbreak engraved into it. But now, with their new single, I can sense an evident shift in mindset.

"I think ever-changing seasons is a cool way of putting it," David nods. "Everything we write is very personal to us. Life moves on, tomorrow's not going to be the same as today. We're all in love now, whereas back then we were heartbroken. I think writing music about current states and mindsets is really important because it shows growth in that sense."

Taking a keen interest in music since he was young, David tells me that music has always surrounded him. In typical Irish fashion, at family gatherings, he was always front and centre of the room, performing. From busking to pub gigs, David is definitely well travelled within the industry. He describes it as "all he really knows."

"I remember hearing Jeff Buckley and I wanted to sing exactly like him. He is the reason falsetto is do heavily prominent in our music.

"My dad was really into Dean Martin and Sammy Davis Jr. and I remember sitting in the back of his car but, because I was obsessed with Jeff Buckley, I would sing all of the songs in falsetto and my dad used to be like "what the fuck are you doing?" the songwriter/guitarist laughs, fondly.

With the lads at the height of their emerging career, I wanted to understand their plans for the future and what they wish to achieve in the next few years- an incredibly broad question, I know.

So my surprise, Wild Youth hope to be the first ever band to represent Ireland in the Eurovision.

"There has never been a band represent Ireland, so we want to do it next year," David beams, with a chuckle.

"Conor put out a tweet and said we wanted to do Eurovision and we didn't think it would go anywhere but people have been getting in contact with us asking if we're serious and we're like "yeah we're fucking serious!

I look forward to it.

Check out Wild Youth's single 'Live Without You' below.