Student Accommodation Stories: "There's no political will to fix it. Even if you find a place, there’s a high chance it’s borderline uninhabitable"
Credit: Conor Finn.

Hot Press talks to a selection of students around the country about their experiences searching for somewhere to live, which shine an unflattering – and sometimes shocking – light on the crisis in third-level accommodation.

Much has been written in recent months and years about Ireland’s student accommodation crisis, which is of course linked to the country’s wider – and staggering – housing and rental crises. As a result, for new college students, securing their university or college course is only the first barrier. Finding a place to live is proving to be a bigger headache than ever before.

Hot Press recently issued a call for the nation’s student accommodation stories. The stories that rolled in put the spotlight on illegal landlord activity, substandard living spaces, toxic environments, financial difficulties and the awful reality of having to compete with thousands of other citizens for only a handful of properties. Some students have been forced to abandon their courses as a result.

Others have been pushed towards accepting spaces in digs, which offer no protections in law. While affordability has consistently been an issue, currently the lack of supply is the primary problem, with UCD Students Union literally knocking on doors asking homeowners to take in some of the people seeking education this year. Some students have even asked if they can pitch up tents on university campuses.

Below, students from Galway, Cork, Limerick and Dublin tell us their turbulent tales. 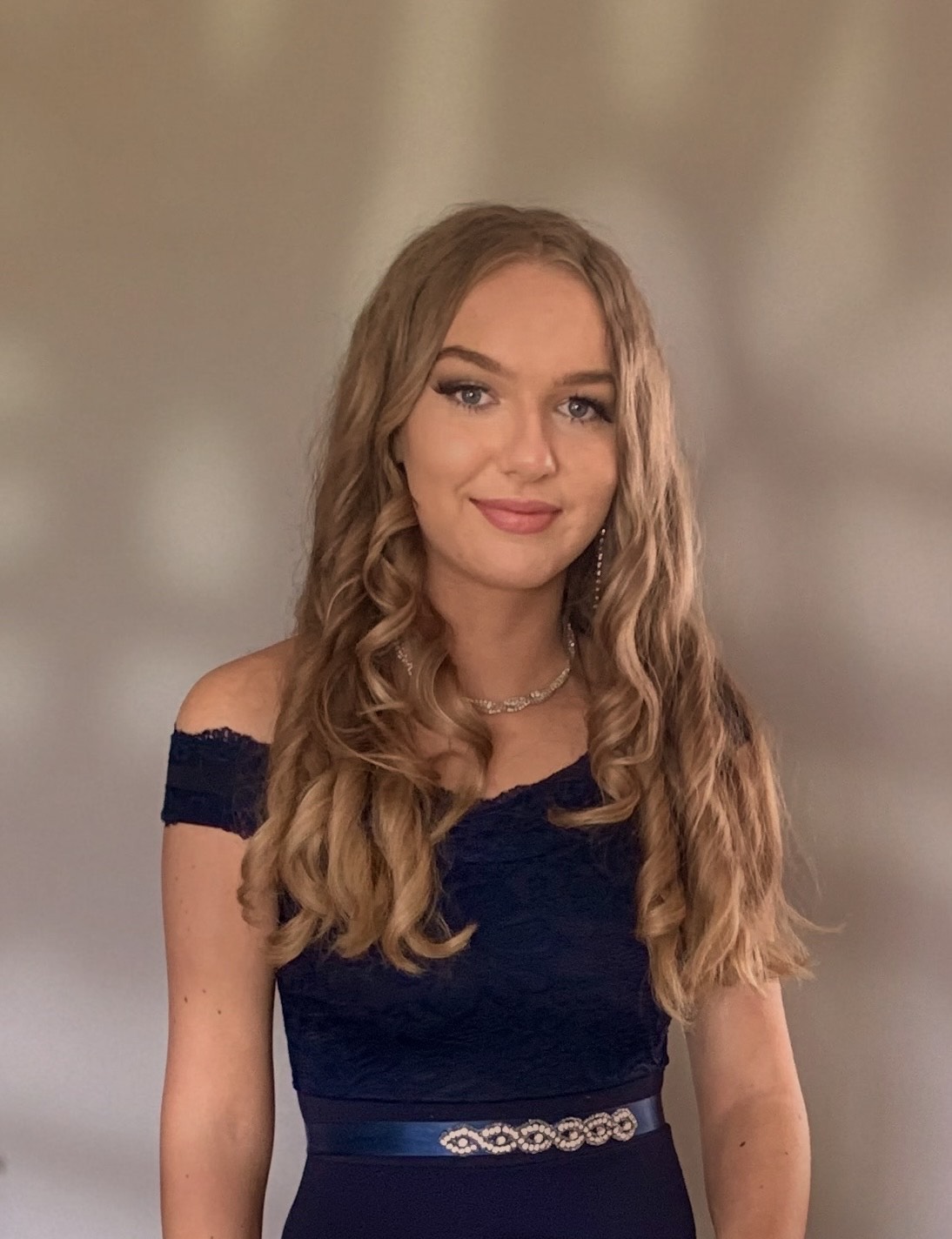 I am going into my first year at UL to study Arts and it has been so stressful trying to find a place to live. I applied for first year accommodation in March and paid a non-refundable €50 deposit, but it was a lottery and I was unsuccessful. I was then put on a waiting list and told to search elsewhere.

They gave me a few options for places but I had no luck. After that I spent months searching on the UL accommodation pad and other websites. It was extremely difficult. Everywhere was very expensive, and unless I saw something within minutes of it being posted, it was gone already.

I messaged a lot of people but I never got any replies, and I joined a Facebook group but everyone was just stuck in the same position as me. My mum contacted advertisements she saw on Facebook, but most of the time she got no replies. She also emailed UL asking them what their plan is for first year students who cannot secure accommodation.

They said there is a second round for the lottery after CAO results, but there was no guarantee I would get accommodation. I can’t look forward to starting my first year at UL with this worry over my head. I’m currently waiting on a tenancy agreement for a place, but until I get that, I won’t celebrate. If I do get accommodation, I’ll be very fortunate. It’s likely that a lot of people will be couch surfing and I don’t feel very hopeful that things will improve. This would put me off studying in Ireland. My two older sisters studied abroad and had no issue. 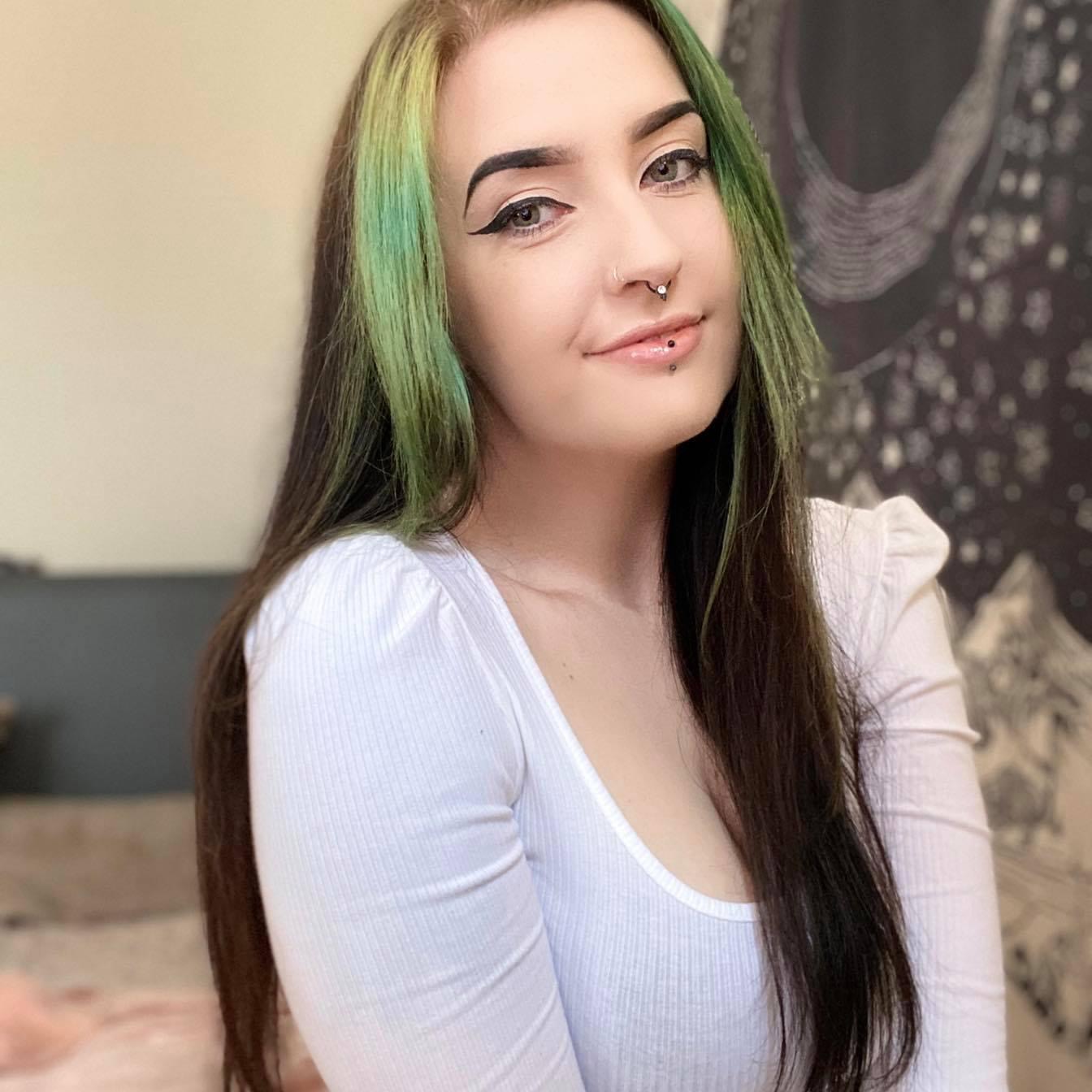 Trying to find housing in Galway is dire. I’m a third year student but I’ve been in Galway since 2017. My first house was falling apart, full of mould, no appliances worked and there were new leaks every week. The landlord would let himself in whenever he wanted, which made our group of four 18-19 year old girls very uncomfortable.

We were afraid to say anything because we had fought to even find a place and just wanted to keep the peace. I recently had to move out of my apartment that I was in for almost four years. I was told to leave with three weeks notice because the landlord wanted someone to take the apartment as a whole.

It’s all about who you know. Any rooms advertised online or on a Facebook group have so many replies and applications, it’s almost impossible to find one. I have friends who have had to defer their year in college or quit their jobs because they can’t find a place.

Even if you do manage to find a place, there’s a high chance it’s borderline uninhabitable. I had a serious mould problem in my last house. It was there before I moved in, and the landlord provided a dehumidifier and general information on how to reduce it. I was scrubbing it at least once a week with mould killer and the dehumidifier was gathering 3L of water in 24 hours.

It eventually got professionally removed and repainted, but I had noticed chest problems developing and had to be prescribed an inhaler. Eventually the mould started spreading. Despite everything we were doing - keeping windows open, having good airflow and keeping it warm - the landlord blamed us. It was out of control. This room, I should add, was a tiny box room that, at one point, had two people at the same time for €600-€800.

Finding a single room is bad, but there isn’t a hope of finding a suitable place in Galway for a couple. Any one-bedroom houses, and there are very few, are at least €1,300. The majority are a bed thrown into a refurbished shed, with a sink and an oven.

Galway will always have a special place in my heart, but it’s not realistic to plan on staying here after college. I’m looking at Masters in other countries so I can actually have a chance at saving up some money and planning a life. It’s so disheartening. Something needs to change. 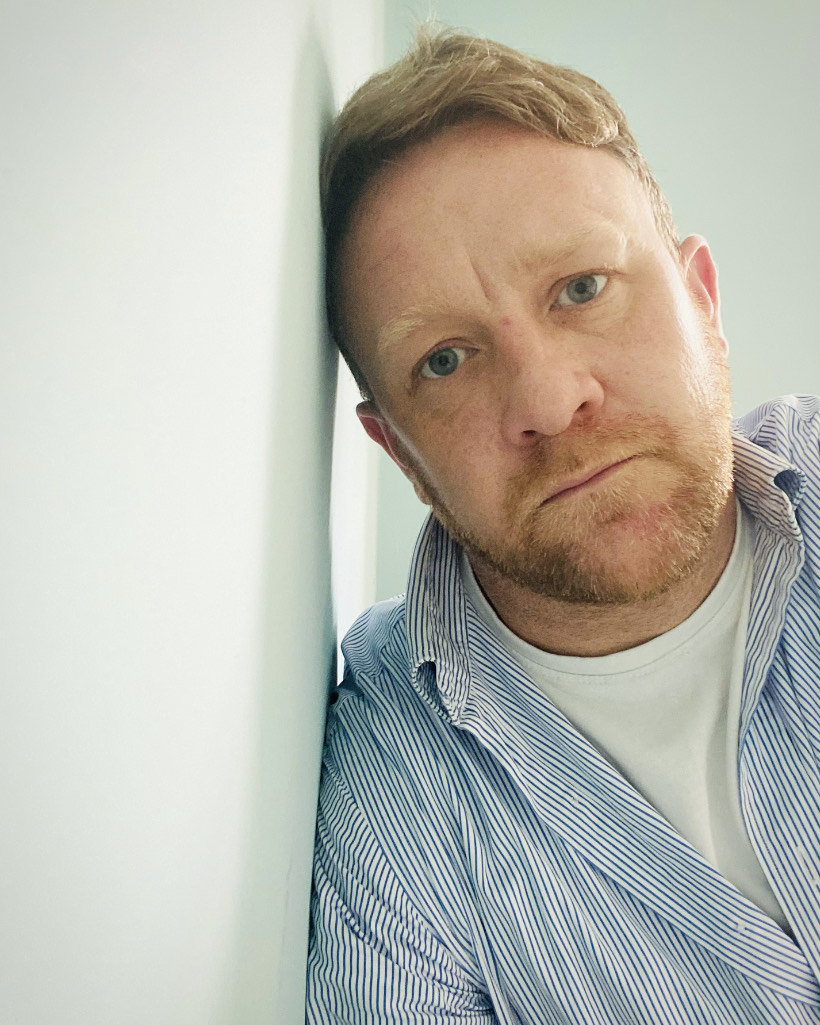 I’ve actually had to drop out of my degree because I ended up homeless and had to move back to Leitrim. I’m supposed to be starting my third year in Dundalk IT in September, studying Digital Marketing and Public Relations, but it’s not happening now. I’m also 40, so I really feel for young people starting their first year.

There are no rental properties anywhere. I wrote to Simon Harris’ department and the reply was pretty measly: I was advised to seek counselling. Then I wrote to Darragh O’Brien and the reply suggested I keep looking for property in Leitrim even though I told them I was looking for somewhere to live in Louth. The first year was incredibly stressful due to pandemic restrictions and studying from home.

I’ll be forever grateful for the lengths the staff at Dundalk IT all went to. I had been living in a shared house in Dundalk, and moved out to look after my mental well-being because it was a toxic environment. I never thought I would end up homeless. At my age, I thought I’d just move into a one or two bed in Dundalk or Drogheda and live alone.

That was December 2021. It’s now August 2022 and I still can’t find accommodation near DkIT, Dublin is just out of the question. I’ve had to pay for hotels and B&B, and sleep on floors and couches. I would have had to drop out sooner if not for a friend helping me out.

I live with anxiety and depression, plus I’m undergoing a lengthy and rigorous process to get a diagnosis for ADHD. Not having my own safe space is crippling for me. I’ve had to move back to my mother’s house in Leitrim for now, so commuting is not an option. I hit a real low and felt like there was no support anywhere except for Sinn Féin in Dundalk, who were brilliant and treated me like a human being - plus the Students Union.

No one has a solution, though. There simply isn’t the political will. I can’t see how it’s going to be possible for incoming students to have an enjoyable college experience. 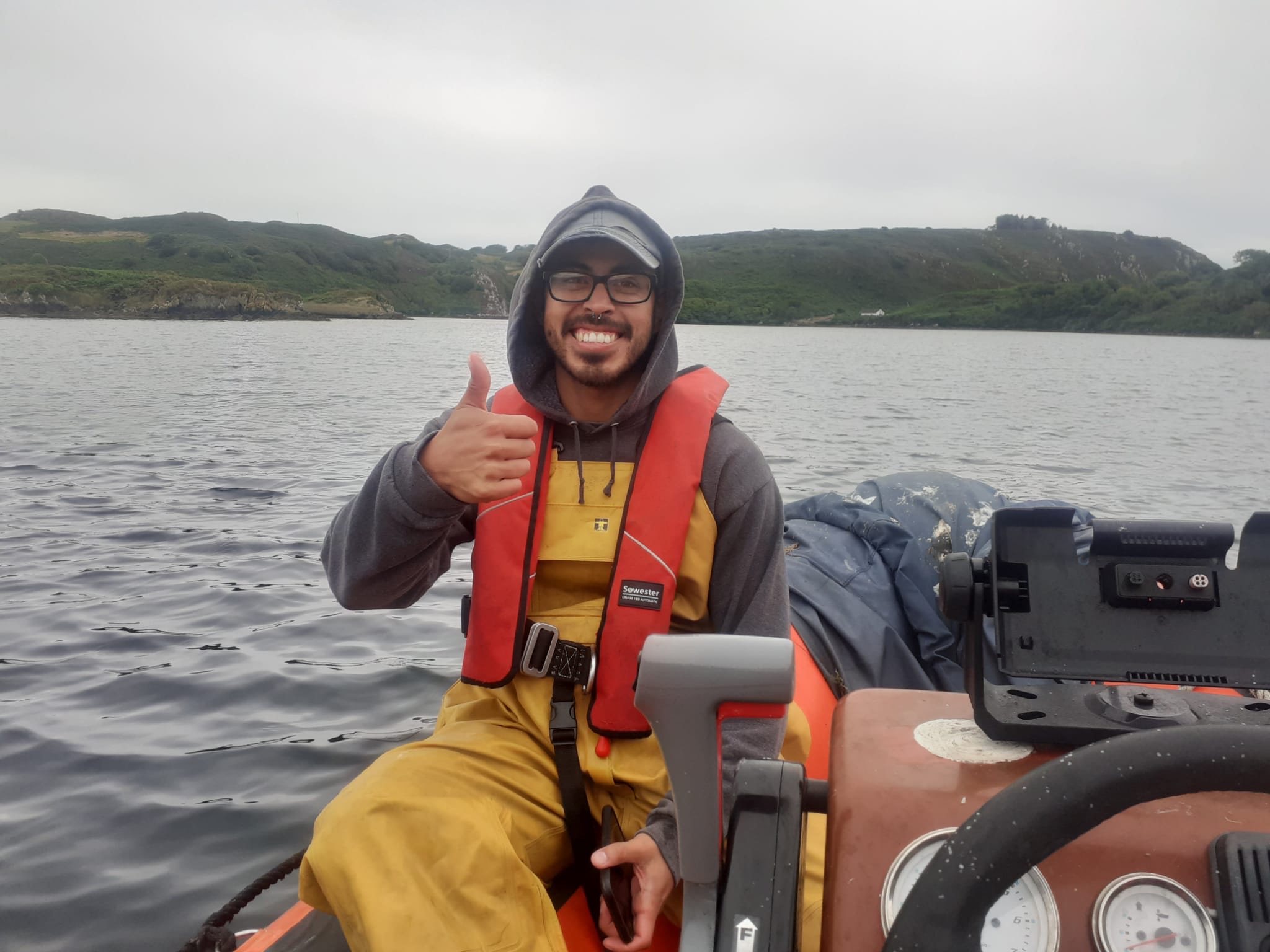 The PhD project is what made the decision for me to study in Ireland. I like my accommodation - my housemates are all nice people around my age who have helped me grow accustomed to living in a new country. I’m still looking for accommodation, because my current situation is unfortunately temporary and I will need to be moved out by October.

My search has been tough. I am part of two Facebook groups, ‘UCC Accommodation Search’ and ‘Cork rooms, flatmates, rent’ but I have yet to even be scheduled for a viewing from any of the posts I have replied to. It feels like if you don’t reply within five minutes to a post you just won’t get a viewing. I’ve also used daft.ie, and still have never had a viewing.

Given my stipend, I also limit my monthly rent to no more than €600, bills included. I could live further away if getting a car was more affordable. I haven’t had any success finding something more permanent, and I’ve been advised that my best option would be to circulate my search around the university since it’s mostly about who you know. Honestly, I don’t think this would put me off living in Ireland. It would be nice to not deal with the headache of just trying to see a room. I just wish I’d known that in advance.

Read more of our student special in the new issue of Hot Press, out now.