SOAK: "I like who I am as a person now – so I’m not afraid to be that person, publicly or in my songs"
Soak. Copyright Miguel Ruiz.

As SOAK returns with their acclaimed third album, If I Never Know You Like This Again, the multi-award-winning singer-songwriter opens up about expectations, identity, contradictions, Dublin, and Derry.

“When you’ve been told who you’re supposed to be, and what people expect from you, it fucks with what you want for yourself, and who you feel you are.”

SOAK, undoubtedly, knows what they’re talking about. After all, when it comes to the pressure of fulfilling the epic expectations of early career success, it doesn’t get much more intense than a Mercury Prize nomination, a Choice Music Prize, a Northern Ireland Music Prize, and lauded performances on NPR’s Tiny Desk Concert series and KEXP – all within a year of releasing their first album, and all while they were still technically a teenager.

“I really felt that pressure,” they tell me, recalling the making of 2019’s Grim Town, the follow-up to their 2015 debut, Before We Forgot How To Dream.

“I was always trying to be overly articulate, like I had something to prove – especially with my last record,” the Derry singer-songwriter continues. “When the first thing you do does well, it’s like, ‘Where do I go now?’”

Sitting in front of me in a Dublin hotel, SOAK’s calm confidence is telling of the progress they’ve made since those years of uncertainty. Following some essential soul-searching, the artist also known as Bridie Monds-Watson has returned with their most fearless project yet: the mid-’90s-informed, indie-rock-edged If I Never Know You Like This Again.

“I feel like I could go: first album, skip the last one, and then go straight to this album,” they admit. “I’ve landed on my feet. I like who I am as a person now – so I’m not afraid to be that person, publicly or in my songs.”

It’s a far cry from their headspace during the making of Grim Town, they reveal.

“I was so lost, in terms of identity,” they say of that period. “I had people going, ‘You should try this, or try this...’ They were kind of pushing me to do musical things I wasn’t really into. I sometimes see myself as a small, vulnerable person – which I’m not! But in the grand scheme of the music industry, with all these adults suggesting things, you just think, ‘Oh, maybe I should listen to their advice…’

“Whereas now, I feel really happy knowing that I should just do what I want to do,” they add. “But it takes a process to learn that.” 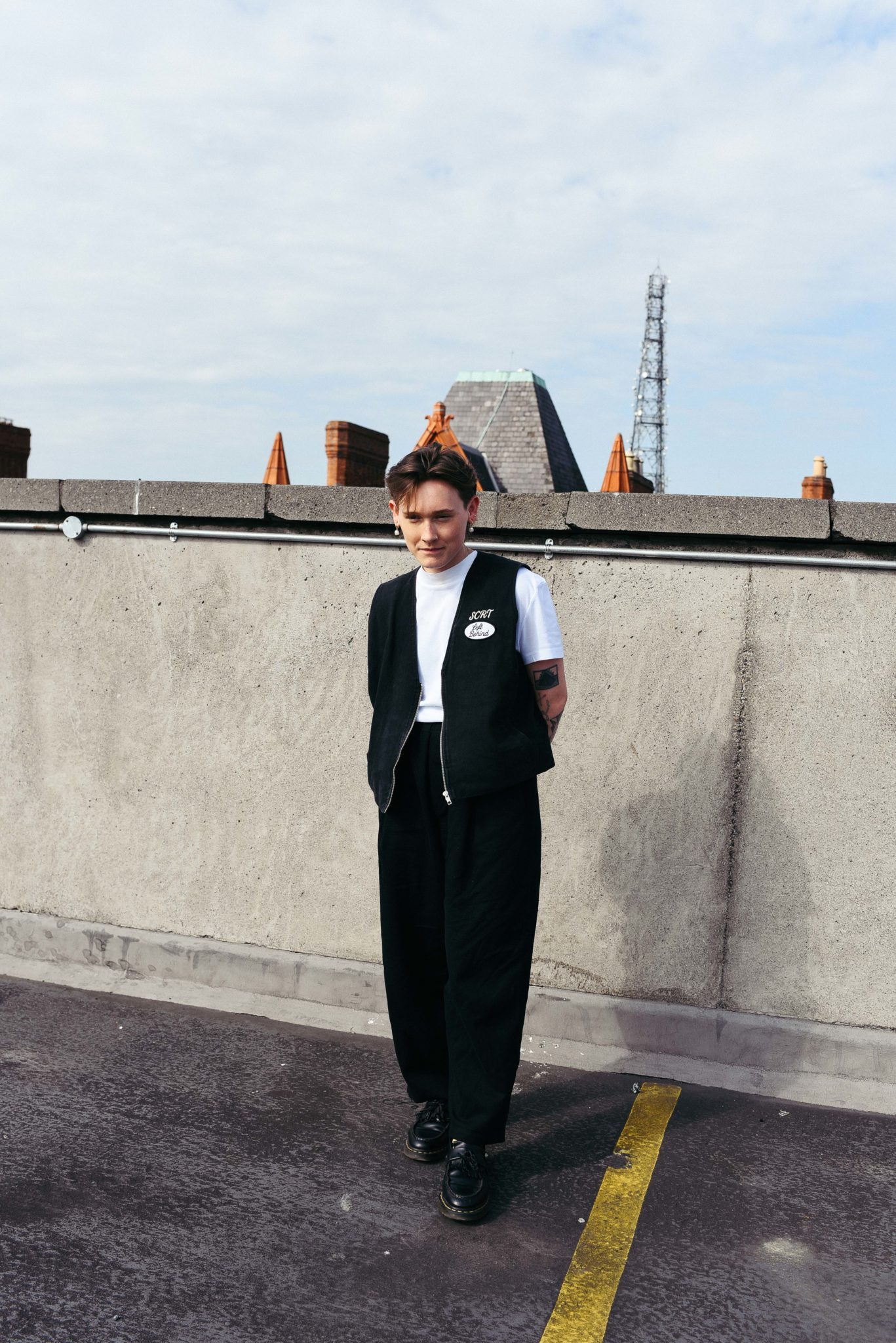 While a self-acknowledged obsession with Bon Iver played a role in shaping their debut LP, this time around, they find that “leaning into the noise” has been key – largely inspired by the sounds of Pavement and Broken Social Scene. It’s an unapologetic rowdiness that’s also being embraced by some of SOAK’s finest contemporaries on the Irish scene right now, including their good friends, and previous support act, Pillow Queens.

“It’s so nice to see them doing double Vicar Street shows,” SOAK beams. “They deserve it, too. It’s amazing to see them getting the recognition they are now. I think they’ll go fucking huge – they’re just on the cusp of it now. That new album, Leave The Light On, is so fucking good.”

If I Never Know You Like This Again and Leave The Light On also happen to share a producer, SOAK’s long-time collaborator, Donegal musician Tommy McLaughlin.

“We can just call each other, and talk nonsense for a while,” the singer-songwriter says of McLaughlin. “He’s a good guy – I trust him more than I trust anyone else in music. He would tell you something’s shit if he thought it was shit, and I respect that.”

SOAK’s ties to the homegrown music community, and the Dublin scene in particular, have remained strong, even with international success: “Dublin is surprisingly small, as a place,” they note. “But for the amount of stuff that comes out of it, you’d think it was London.”

Together with their girlfriend, who's currently based in Dublin, SOAK has been "trying to find a place here for like six months."

"It's a nightmare," they resume, with an air of resignation familiar to most 26-year-olds in Dublin. "There’s just nothing here for anyone to have. I keep thinking there will be a moment in time where it switches… but that’s wishful thinking! I don’t stay in many places for very long at the moment.” 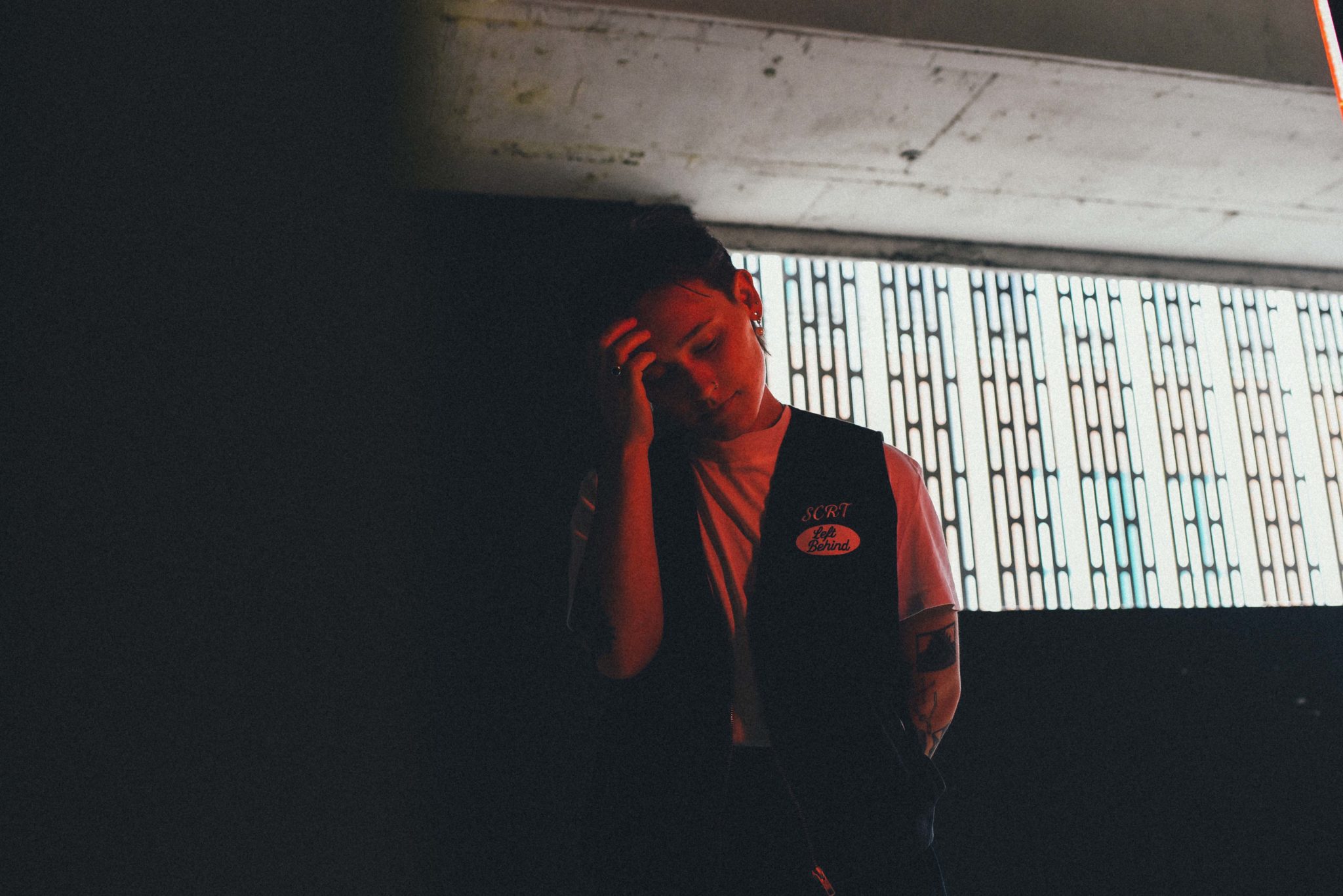 Of course, international fans are getting a better insight into SOAK’s hometown than ever, through the global phenomenon that is Derry Girls – a subject the singer-songwriter has, unsurprisingly, been grilled on more than once.

“People are all like, ‘Not to bring it up… but Derry Girls?’” they laugh. “But it’s so good, because it used to be, ‘So you were born after The Troubles? Tell me about The Troubles!’ And I’d be like, ‘I don’t fucking know?’ So it’s such a good shift from what we were always discussing. And it’s such a great, funny representation of Derry.”

“One episode in and surely they’ve got it?!” SOAK says in mock indignation. “It’s not that hard! Actually, my girlfriend’s Swiss, and she’s like, ‘What are they saying?’ So fair enough…”

SOAK reflects on their own experiences outside of Ireland on the album track ‘red-eye’. Specifically, run-ins with Americans who are eager to tell you how Irish they – or their great-great-great-grandad – are.

“I think it’s funny,” the artist smiles. “But I did a show recently, and someone was offended by that part. I said to my friends, ‘Is it offensive?’ And they were like, ‘No, not at all!’ So who knows?

“It’s about how when we tour America, and we meet people at shows,” they continue. “They’re always like, ‘Oh my God, I’m part-Irish!’ Sweet, that’s cool! But then they’re like, ‘Do you know Damien McLoughlin?’ Of course I fucking don’t! It’s not that small!”

The song also touches on SOAK’s own sense of national identity.

“When I was younger, it was a real struggle to sort of certify where I was from – with the whole Northern Irish/Irish equation,” they explain. “So it’s just a little comment on where I’m from, and being proud of where I’m from.

“I’d hate to be from anywhere else, to be honest,” they grin. “Other than maybe New Zealand…”

There’s a distinctly Irish sense of humour embedded in the songwriting on the new album too, as they balance total irreverence with tender insights – laughing about hanging up a corny ‘Live, Laugh, Love’ sign in one line, and reflecting on seeing "too many friends go away before their best-before dates” in the next.

“A consistent theme throughout my albums is juxtaposing happiness with sadness, as a way to get through it,” they note. “I wanted the album, lyrically, to be my tone. Before, I would have been scared to say things, in case it didn’t translate, or didn’t come across right. But now, I’m like: ‘Well, fecking adjust!’ If Fontaines D.C. can call an album Skinty Fia, and have these Irish song titles, then people can learn!”

Reaching this point of confidence in their work has been a gradual journey for SOAK – with the long hours of isolation during lockdown helping to speed up the process. The pandemic also helped them look further inwards as a songwriter.

“Maybe it unlocked a little honesty box in me,” they muse. “Everything that we’re forced to see on social media, and the environment we’ve grown up in, is so pressurised and perfect – and I feel a need to reject that now. Even in music. I don’t want to romanticise things too much any more. I want to say it as it is, because that’s the kind of music I want to hear. I want to hear the real stuff – and the mistakes!”

They’ve also been contemplating the complexities of identity on a more personal level. In a recent Instagram video for Both&, a grassroots clothing company for the trans and non-binary communities, SOAK opens up about their inner contradictions – a theme that also crops up across the new album.

“This album is probably the most honest I’ve been with myself,” they tell me. “I’m still working all those things out – it feels that recent.

“People are unrealistic about how much of a contradiction life itself is. We’re full of contradictions. In your 20s, everyone is trying to work out what they’re about. You try on all these skins, and you try being all these different people. It’s not a bad thing – it’s how anyone gets anywhere.”

With If I Never Know You Like This Again, SOAK has documented many of the astonishingly intimate and often painfully relatable moments on that journey through young adulthood – cementing their reputation as one of Ireland’s most authentic talents in the process. And the Derry singer-songwriter is already thinking about the next project on the horizon.

“You have to be like that with music now – it’s such a quick-flowing thing,” they point out. “The way people consume things now is so immediate. It’s just the way it is now.

“I’m also writing all the time,” they add. “I’m always excited to see what I make next, because I never know what it’s going to be. Most songwriters chase this feeling of satisfaction – when you know you’ve done something good, and something you feel proud of. I always want that feeling, but it’s hard to get. It’s addictive.”

If I Never Know You Like This Again is out now, via Rough Trade Records. SOAK plays Whelan’s, Dublin (October 11) and Dolan’s, Limerick (October 12). See their international tour dates here.

Official Irish Charts: Cian Ducrot hangs onto top 10 spot with single 'All For You', while Harry Styles overtakes Beyoncé for top album of the week
Rock for Culture Protest held in Dublin to "save Fibbers"
Salman Rushdie attacked on stage ahead of lecture in New York
Possible Costello's re-opening sends Limerick nightclub-goers into Twitter frenzy
New Irish Songs To Hear This Week
'Show Me Where Your Heart Is’ by Chameleon Hits the Irish Radioplay Top 30