Stuart Clark meets Hendrick Melle, the rock ‘n’ roll-inclined Berliner who, having fallen in love with an Irish pirate queen, is now one of the driving-forces behind Grace O’Malley Whiskey.

Talk about serendipity! When the idea for Grace O’Malley Whiskey was being hatched four years ago on Clare Island in Mayo, no one realised that that the team would end up including Dave Wood, their International Sales Manager who used to tour manage such major acts as Flogging Molly; Jeff Burns, a Dublin rock ‘n’ roll activist whose managerial stable includes dream poppers Dreaming Of Jupiter; and Hendrick Melle, the Berlin creative who’s written a heavy metal opera about Valhalla with Uwe Fahrenkrog-Petersen, the man who supplied Nena with ’99 Red Balloons’ and most of her other mega Euro hits.

Add in the song that we all loved singing in school, ‘Óro Sé do bheatha abhaile’, being adopted as the Grace O’Malley anthem, and you’ve a whiskey with serious music credentials.

“Rather than being planned, it was just a case of like-minded people finding each other,” reflects Hendrick Melle as we sit down for a nip of Grace O’Malley Blended Irish Whiskey in the Irish Whiskey Museum on College Green. “If you’re passionate about music, you’re going to be passionate about the other finer things in life – like whiskey!”

For those of you who aren’t up on your Irish pirate queen history – tsk! – Grace O’Malley was born in 1530 of noble Connacht stock. Married at the tender age of 16 to a man known as Donal The Battle, she was forced to take to the high seas in order to provide for her people. 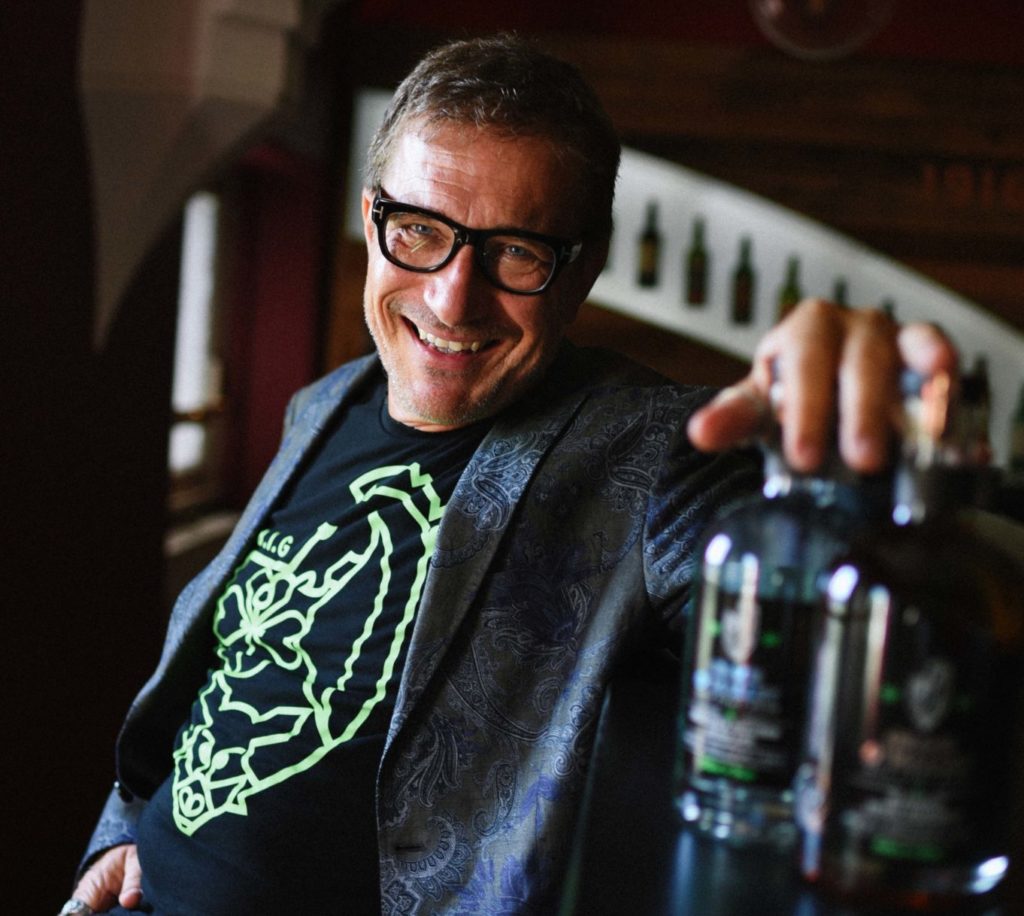 A skilful negotiator as well as a fearless mariner, she met with Queen Elizabeth I who, despite being her avowed enemy, admired Grace’s fiery spirit.

“As the father of daughters, you’re always looking for the perfect role model, and they don’t come any more tough and loyal and able than Grace O’Malley,” Hendrick enthuses. “The only rules she played by were her own. She’s the archetypal rebel. The moment Stephen Cope, who’s brilliant idea the whiskey is, told me about Grace O’Malley I was like, ‘I love this woman!’ The creativity she continues to inspire is amazing.”

As well as finding favour with whiskey connoisseurs – we’re still ooh-ing and aah-ing over the 18 Year Old Single Malt Amarone Cask, which is part of their Captain’s Range – Grace O’Malley is also a big hit with the cocktail brigade.

“There are no rules any more as to how whiskey should be drunk,” Hendrick reflects. “A little bit of water, two blocks of ice, some ginger ale; it’s up to you. There’s an amazing lady in Berlin who – to use the music analogy again – did a remix of Whiskey Coke by adding a little bit of vanilla. It blew my mind! You can be a punk rock girl drinking it, or a middle-aged man working in the bank. The idea that we’re in control is an illusion. You just put the whiskey out there and people do their own thing with it.”

Also being shaken, stirred and muddled with great gusto this summer is the Grace O’Malley Heather Infused Gin, which includes wild thyme, red clover, blackthorn, fraughan and rock samphire among its other West Coast botanicals.

“When you tell people about it first they’re like, ‘Oh, another gin…’” Hendrick smiles. “But then they try it and it’s, ‘Wow, that’s great!’ We knew that if we were going to make a gin, it had to really standout. It’s the same with the Caribbean Golden Rum we’ve got coming out soon.”

Much of the Grace O’Malley magic is down to Paul Caris, their renowned French master blender who comes from a winemaking background.

“It’s a traditional product but with a different twist,” proud father Paul says of his creations. “A big thing with the whiskey is the maturation process, which takes place in the same oak barrels that I’d have used as a winemaker. The magic and adventure of maturation is that you don’t 100% know what it’s going to taste like until it comes out of the barrel. A year, two years, three years; the character of the whiskey is changing all the time.”

“I describe the gin as having ‘high-fidelity botanicals’,” he continues. “On top of the main juniper profile, you have lots of other things jumping out at you – like you do on a record. And getting handed the finished bottle is like a musician being given a copy of their new album; it’s always a thrill!”

“She’s a very warm lady, so self-confident and relaxed at the same time,” Hendrick concludes. “Joan’s sailing round the world on her own, not getting any sleep for three or four days and dealing with whatever life and nature throws at her. To me, she is the modern day Grace!”

In The New Issue: Hozier Graces The Cover As We Unveil The Results Of The Hotties 2020
Hot Press Tattoo Special: where to go, what to get?
Interview: Hudson Taylor talk brotherhood, the Irish general election and new album
Cover Star Hozier Is Voted Artist of the Decade in Hot Press Readers' Poll
Watch: first trailer for Ellen Page-helmed documentary 'There's Something in the Water' unveiled
Tech Review: Lenovo Yoga C940
We use cookies to ensure you get the best experience on our web site - by using this web site you consent to our use of cookies. Read more »