‘Stay Where You Are’ marks the band’s first release of 2022, following their hugely successful Irish tour.

Limerick indie outfit Lost Boys have released their first single of 2022 - ‘Stay Where You Are’.

This new drop showcases emotional lyrics, not unfamiliar to the band - however, it also brings a very different sound for the group. With an undercurrent of powerful electric guitar coming to the forefront during chorus sections, this track gives the band a much edgier sound, leaning towards indie-rock instead of their usual upbeat sweet-indie sound. Heavy drum sections, accompanied by raspy vocals give the band a sexier, more mature sound - airing towards my bloody valentine and The Stone Roses.

Speaking about the track, Lost Boys said: “’Stay Where You Are’ was written over lockdown. It’s all about the aftermath of a breakup and how feelings can amplify in isolation. It speaks to mixed feelings you experience after losing a best friend.

"You feel alone and stupid for making the same mistakes again and again. No matter the circumstances, there is always an urge to call them and try again. Not doing this on a daily basis is a battle.”

The release of ‘Stay Where You Are’ follows the boys’ premiere Irish tour, seeing the quartet travel across venues in Limerick, Cork, Galway, and Dublin. As well as marking a change in sound for the band, this track marks an actual change to the band’s line-up. “The song marks the end of an era for us as it is the last song with our member Michael for the foreseeable future,” the band announced in a press release.

“He is moving over to America for greener pastures and will be dearly missed by all of us. At the same time, he is irreplaceable so the band will remain a 3-piece until he decides to come home.” 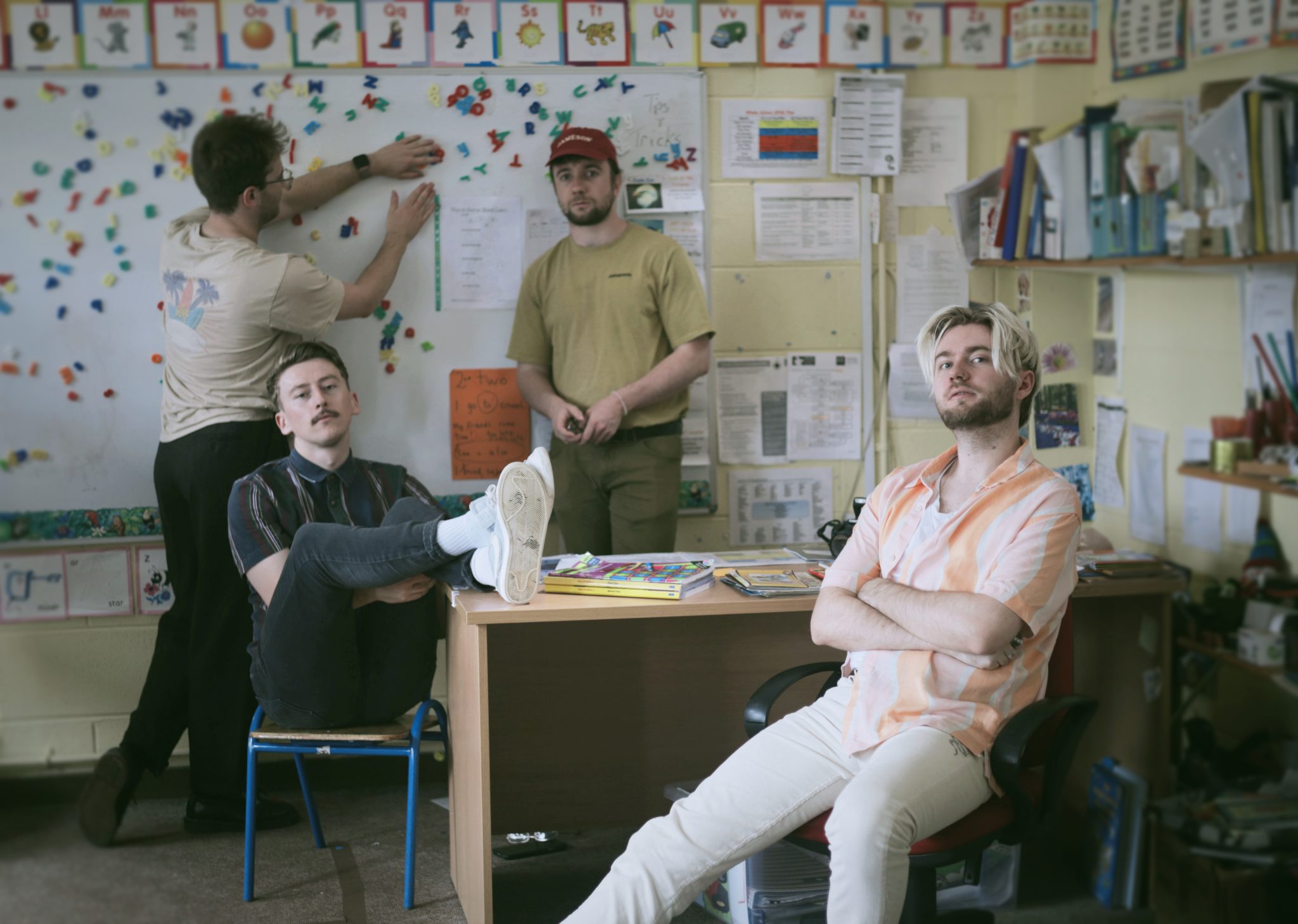 Forming in 2019, Lost Boys decided to take the musical project seriously following their successful first gig in bassist Peter’s student accommodation kitchen, which resulted in the loss of his security deposit.

Guitarist and vocalist Michael Meleady was a late addition to the band, which originally consisted of Peadar Storey on lead vocals and guitar, Patrick O’Donnell on drums, and Peter Corbett on bass. Michael took over live performance for a period while Peadar spent time in Dubai, remaining a solid band member and additional songwriter after Storey’s return. Meleady has seen the band through the release of Honey Mustard, the band’s debut EP, as well as a slew of singles.

Despite the loss of Michael, the band have a promising few months ahead with ‘Stay Where You Are’ at the start of a string of releases.

If this single is only the first thing to come this year from the band, we at Hot Press are ecstatic to see what the rest of 2022 will bring for these charming young men.

Check out the band’s latest drop, ‘Stay Where You Are’, below.