Thousands of people from Donegal and Mayo have gathered in Dublin this afternoon, calling for a 100% redress for those affected by the mica scandal.

Thousands of protestors gathered in Dublin this afternoon, June 15, to call on the Government to cover 100% of the cost of the mica scandal - which has impacted between 5,000 to 6,000 homes, primarily in Donegal and Mayo.

Busloads of people arrived into the capital earlier today, joining campaigners in criticising the Government's redress scheme. The use of defective building blocks, which contained the mineral mica, has meant that many of the affected homes now face demolition, after cracks and fissures opened up.

The Defective Block Scheme was launched at the beginning of last year, but campaigners state that it doesn't go far enough.

Today it was revealed that the Government will not oppose Sinn Féin's motion in the Dáil this evening, to give a 100% redress to mica-affected homeowners. 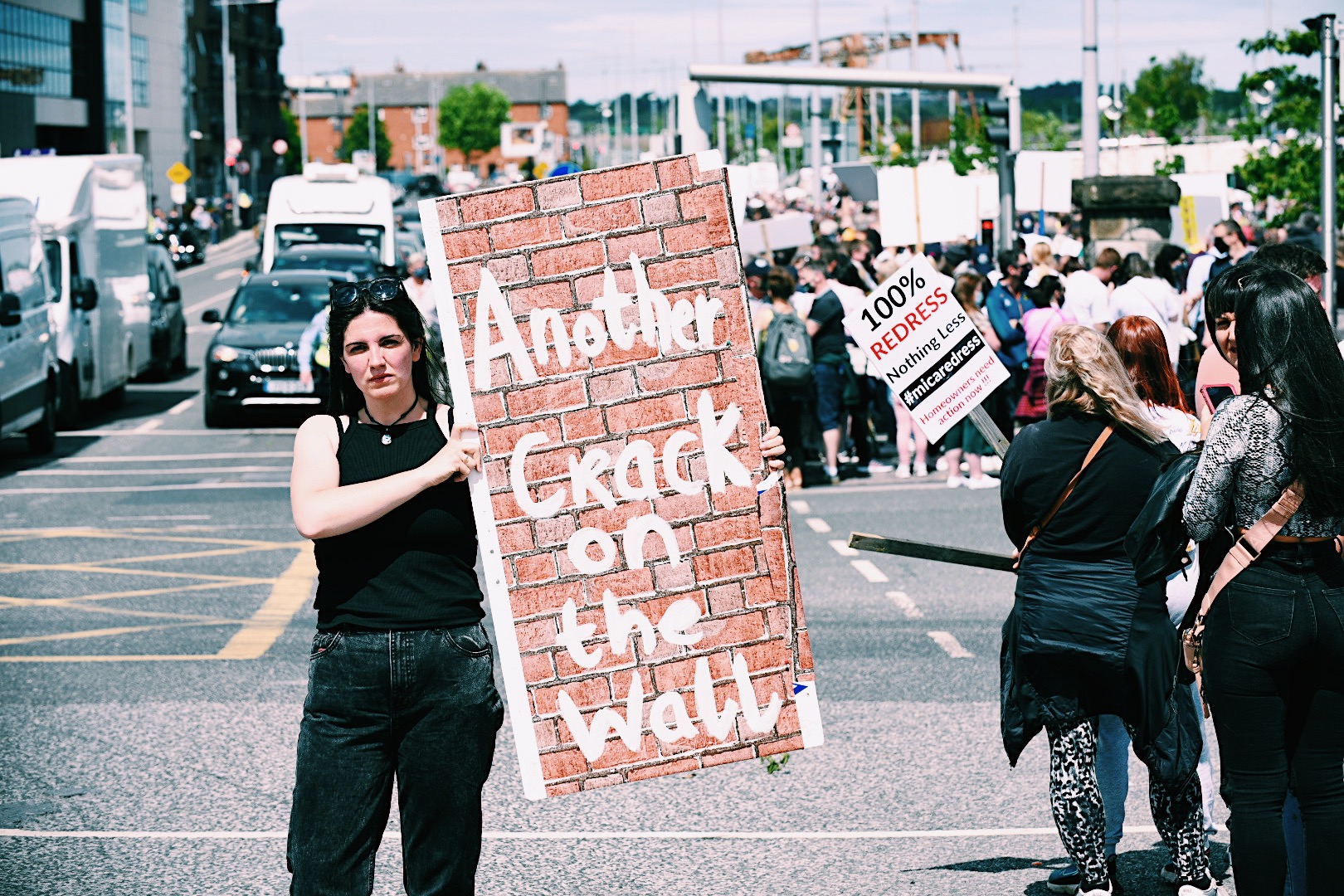 As the protests were taking place in Dublin, #MicaProtest and #100percentredress have among the top trending topics on Twitter in Ireland.

Take a look at some of the reactions on Twitter below:

Huge crowds of immensely decent people outside of the Convention Centre. #Mica is a tragedy that destroyed the homes of thousands of families- they deserve 100% compensation & those responsible should be held to account. pic.twitter.com/Ri7VJfgYrJ

As the crowds gather in Dublin, we have learned that the Govt will NOT oppose our Dáil motion calling for 100% Mica and Pyrite Redress. This is a victory for campaigning families in Donegal & Mayo. The Govt must now take action.#MicaRedress #SupportMicaFamilies pic.twitter.com/C28sfeVheo

Without doubt the largest protest demonstration seen in this State since the onset of the pandemic. All the more impressive when the people in attendance had to travel 100s of miles to be here #mica pic.twitter.com/CrjDgSKEN6

Well done to the massive crowds gathering at the Convention Centre sitting of the Dáil to protest the #mica scandal #MicaProtest pic.twitter.com/XvhqTZi2hR

It shouldn’t have to come to this for families who bought their home in good faith only for it to be crumbling away while public and private industry avoid responsibility.

We bailed out banks, why anything less for home owners when they need it most. #100percentredress #pyrite

🙄 at all the government TDs speaking at the #micaredress #100percentredress demo. Some of them have no shame. (yes, we did already know that.)

People Before Profit supporting the Mica families today. Massive crowds about to march from the Convention Centre to the Dáil. Govt cannot ignore this. 100% redress now!#Mica pic.twitter.com/fBz0iQvrZP

Here I am on @IrelandAMVMTV explaining WHY @donegalcouncil and the Irish Government are as much responsible for the Mica Crisis as the concrete supplier pic.twitter.com/SE9SXtzB2X

How the West's attitude towards Africa has given Covid-19 the upper hand
100 Voices #AllAgainstRacism: Aghogho Sophie Okpara – "A multicultural Ireland won’t be embraced until people understand that integration and cultural assimilation are not the same thing"
Book Review: Harry Crosbie - Undernose Farm Revisited