Watch the live-streamed tribute to Joey Ramone live on Facebook.

To mark what would have been Joey Ramone's 69th birthday today, May 19, members of the Ramones, Sex Pistols, Green Day and more will perform as part of a special live-streamed 'Virtual Birthday Bash'.

Streaming live on the official Joey Ramone Facebook page at 8pm EST (1am Irish time), the event will include the debut performance of Green Day's Billie Joe Armstrong's 'Now I Wanna Drink Some Bleach' – a reworking of the Ramones' 'Now I Wanna Sniff Some Glue' that likely references Donald Trump's wild coronavirus suggestions about injecting disinfectants.

Joey Ramones died 18 years ago, aged 49. Revisit our reflections on his legacy, originally published in Hot Press after his death in 2001, here.

See the poster for the event below: 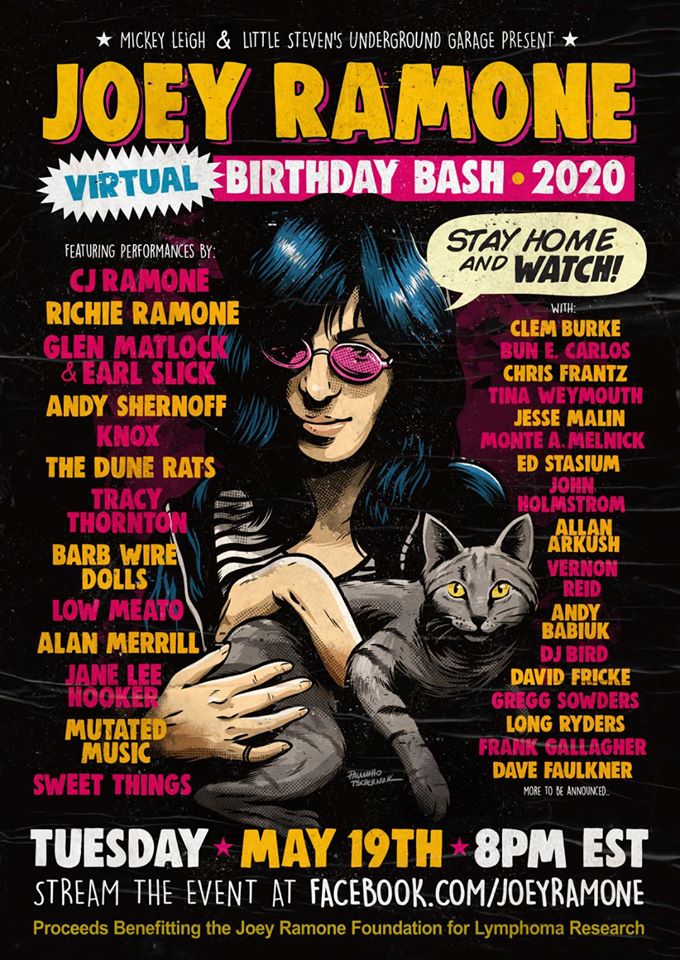 Focus Ireland issue statement on record-breaking figures: "It is crucial to remind ourselves that homelessness is solvable"
Live Review: Des Bishop brings laughter and tears to the 3Olympia Theatre
MASI criticises government for treatment of asylum seekers: "Ireland must uphold the law"