The brilliant Mary Coughlan revisited her iconic debut album 'Tired & Emotional' as part of the Up Close and Personal series at the Grand Social last October. Made in conjunction with Aidan Shortall of Up Close and Personal promotions, all six lauded performances are being broadcast every Thursday at 7pm on the Hot Press YouTube channel.

Having arrived on the music scene in 1985 with her iconic debut album Tired & Emotional, the Galway native revisited the lauded project at the Grand Social with thrilling results. Hot Press' Up Close & Personal series was supported by the Department of Tourism, Culture, Arts, Gaeltacht, Sport and Media. Last week's broadcast, the first of six, saw Gemma Hayes return to her incredible debut LP Night On My Side.

Coughlan's first record transformed her life as a mother of three and catapulted her into stardom, making her one of the most celebrated artists in Irish music history. Tracks like 'Double Cross', 'The Beach' and 'Seduced' went on to become highly regarded fan favourites, even decades after their original release. 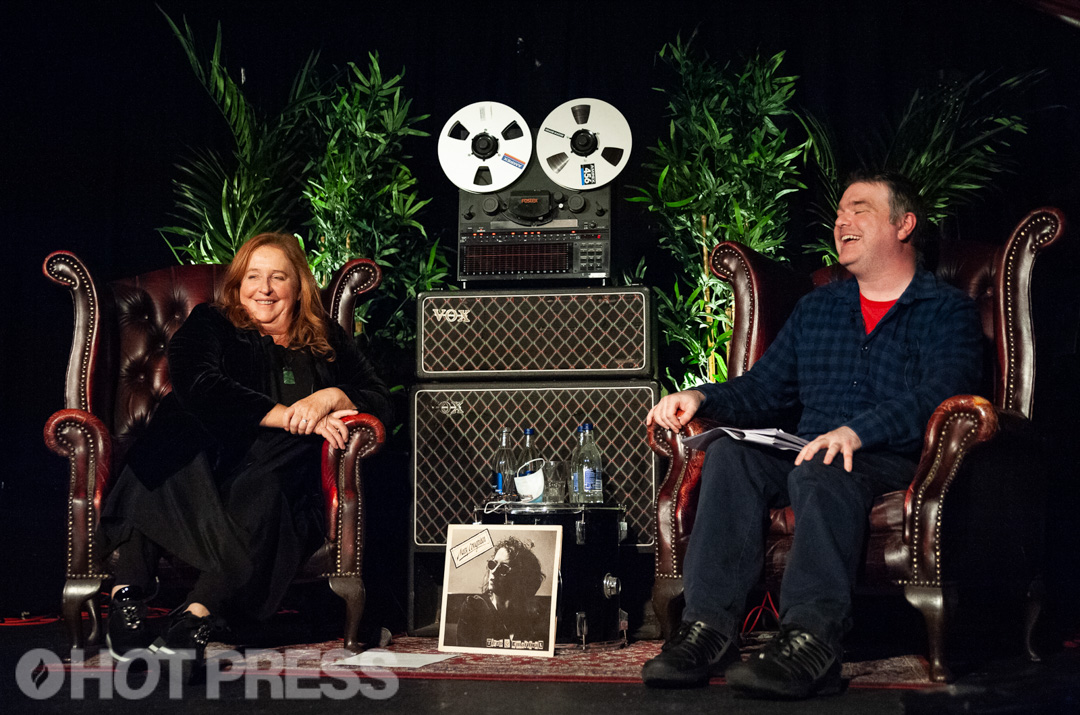 Speaking to Hot Press' Paul Nolan, Mary explained how the album happened as a result of the encouragement of her friend Eric Visser – who was a producer and arranger. "I was an old hippie living in Galway," she admitted. She said she was "very happily engaged" and taking care of her three children, breastfeeding her youngest son, running a food co-op, knitting hats, and writing a column for a hippie magazine when Visser encouraged her to record some songs.

"It wasn't on the horizon at all, but the prospect was very exciting," she said during the stripped-back show.

Tonight's broadcast features the singer taking on her first hit single once again: 'Double Cross'. Written by her ex-husband Fintan, Coughlan humorously described it as a parting gift from him when they separated.

Mary also offers renditions of 'Meet Me Where They Play The Blues', which was originally a New Orleans jazz standard in the 40s, and 'The Beach' before she recounted her time in the spotlight.

The audience heard star-studded tales from meeting Freddie Mercury and Sir Elton John at Brian May's 50th birthday party to being backstage with acts who had come just to see her - including Van Morrison, Elvis Costello, and Nick Cave. She called moments like these "absolutely insanity."

As part of our Up Close & Personal series, Hot Press selected six seminal Irish albums, crossing decades and genres, and took a deep dive into each LP. Chronicling important developments and historic moments – from the release of Planxty in 1973 to Villagers' Awayland in 2013 – the Up Close and Personal series explores 40 years of Irish music history, with eye-opening new revelations and reflections shared by the artists at the centre of the albums. For fans, students and practitioners of Irish music, it's an unmissable series.

Watch Gemma Hayes' Up Close & Personal enlightening conversation and performance of Night On My Side here.