Maria Kelly has just announced her newest creative endeavor, an exhibition titled The Postcards In-between that will run in concurrence with her newly announced tour dates.

The new project comes hot on the heels of her debut album The Sum of the In-between that was released last October. The West Ireland native's new tour in association with the project will see her perform in Dublin, Galway, Limerick, Cork, and London. A new exhibit connected with her music will also be running in Dublin.

The exhibit began with 12 letters from several of Kelly’s fellow Irish songwriters that were each written as a “letter to self” meant for a version of themselves that they thought might need a helping hand.

Each of these letters is linked to a specific track on Kelly’s new album.

Irish-French illustrators Nathanaël Roman and Cécilia Noiraud designed the visual elements of the letters that will be displayed at Universal Space, Dublin on Saturday April 30th and Sunday May 1st. On Saturday evening, there will be a panel discussion on the exhibit as well as live music performances. 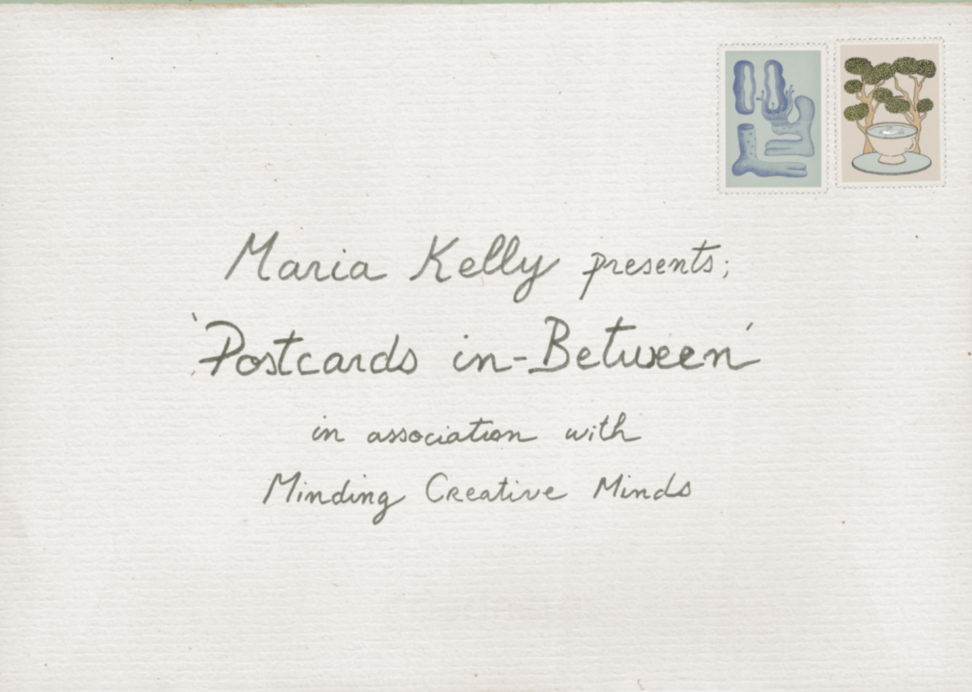 According to programme founder Dave Reid: “Our focus at Minding Creative Minds is supporting the entire individual. We ask people in our creative community not to wait until they are in a crisis to contact us; if something is troubling you, regardless of how small you deem it to be, let us help you. This in itself is one of the kindest acts of self-compassion you can show yourself; the theme Maria has chosen for this beautiful and thought-provoking exhibition and event. We applaud Maria for this initiative and are very pleased to display our support by partnering with her for The Postcards In Between Exhibition and Event.”

In addition to the tour and exhibit, Maria Kelly will also be recording several alternative versions of songs off her album. The first of these new recordings will feature a collaboration with Paul Noonan on the album’s title track ‘The Sum of the In-between’ and is set for release on March 30th.

“Postcards In-between aims to bridge the gap between who we were, who we are, and who we will be,” says Kelly.

“It’s a project about self-compassion; acknowledging the part of ourselves that is always changing, growing and learning. The part that is always, at some level, trying their best. By collecting different perspectives this way I hope that anyone reading the postcard or visiting the exhibition might be able to identify with them, finding some comfort in the fact that somebody else made it out the other side - a way of seeing yourself, by meeting somebody else exactly where they are.”

Maria Kelly’s album The Sum of the In-between and tickets for her tour are available here.

Listen to Maria Kelly's new album The Sum of the In-between below:

Families of Bloody Sunday victims to be nominated for Nobel Peace Prize
ETBI: "There's a real pride in Further Education and Training, as the journey of choice, and the primary choice, for many learners"
Focus Ireland issue statement on record-breaking figures: "It is crucial to remind ourselves that homelessness is solvable"

Live Review: Des Bishop brings laughter and tears to the 3Olympia Theatre
MASI criticises government for treatment of asylum seekers: "Ireland must uphold the law"
The Fabelmans' Gabriel LaBelle: "You’re aware that you’re on-set with masters"
PREMIERE: 'My Reading Of It' – Joseph O'Connor shares a fascinating chapter from My Father's House
Education Special: Joseph O'Connor – "People should be encouraged to study, within the limits of rationality, what they want to study"
Hot for 2023 - Film and Theatre: Paul Mescal, Hugh Farrell, Rosie Barrett and more