Live Report: The Staves deliver a profound performance at The Helix
The Staves at The Helix. Copyright Grace McNamara /hotpress.com

The Staves, supported by Samantha Crain delivered a beautiful, moving performance to an enraptured crowd at The Helix last night.

The Helix might, on paper, seem like an odd choice for a rock concert. Rows of comfortable, padded seats rise into an auditorium, the lofty ceilings at odds with the dark, low and crowded stages we're used to. But for The Staves it seemed only natural – as if the venue itself was tailored to give their soaring harmonies room to breathe, to allow the audience to look up with reverence at the sisters and their siren-like singing.

From the opener, Oklahoma singer-songwriter Samantha Crain, it was clear that this wasn't simply a concert — it was an exhibition. Though it was just her and a guitar, she had the power and presence of an entire band. Her powerful vocals filled the air, lyrics seeming to paint a narrative onto the empty walls.

Despite standing on an elevated stage in a pin-drop quiet space, she talked casually, as if performing before a local pub crowd. Before each track she would stand in front of the microphone, speaking about the upcoming track as she carefully tuned her instrument. "I really jacked this entire song," she joked before one performance, explaining how an old lady at a gas station — unprovoked — told Crain her life story, from moving to Oklahoma to chase the oil boom to falling in love, and how that spun itself into a heartbreaking, nostalgic track in time. 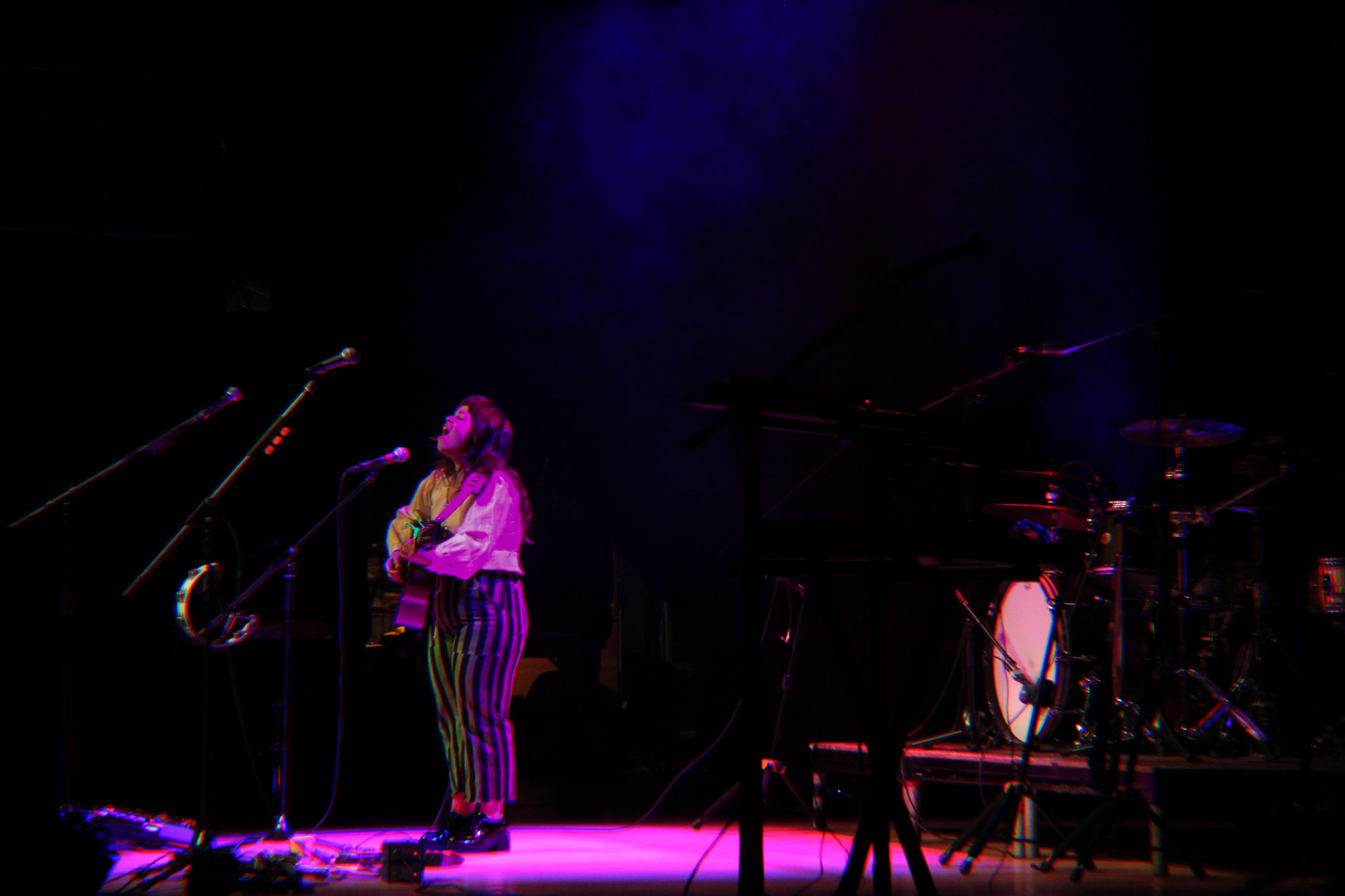 It was the end of her set, though, that was the most moving. She's a part of the Choctaw Nation, she explained as she tuned her guitar, an Indigenous American tribe that resides in Oklahoma. It's a people that, in the midst of the Irish famine, donated money to a town in Cork to assist farmers affected by the crisis — despite facing many crises of their own.

"I always wanted to write a song in my ancestral language," Crain said, before launching into 'Red Sky, Blue Mountain,' an acoustic track written and performed entirely in Choctaw. It was a performance that, despite being sung in an entirely different language from a nation across an ocean, seemed to touch the audience in an even more profound way.

Then, The Staves took to the stage, walking out to Caroline Polachek's 'Too Hot You're Hurting My Feelings,' and kicking off their set with 'Failure,' a track off their 2021 album Good Woman. Wearing matching pantsuits — one black, one pale blue — they established from the start that the honey-thick harmonies in their recorded works were just as perfect in real life. 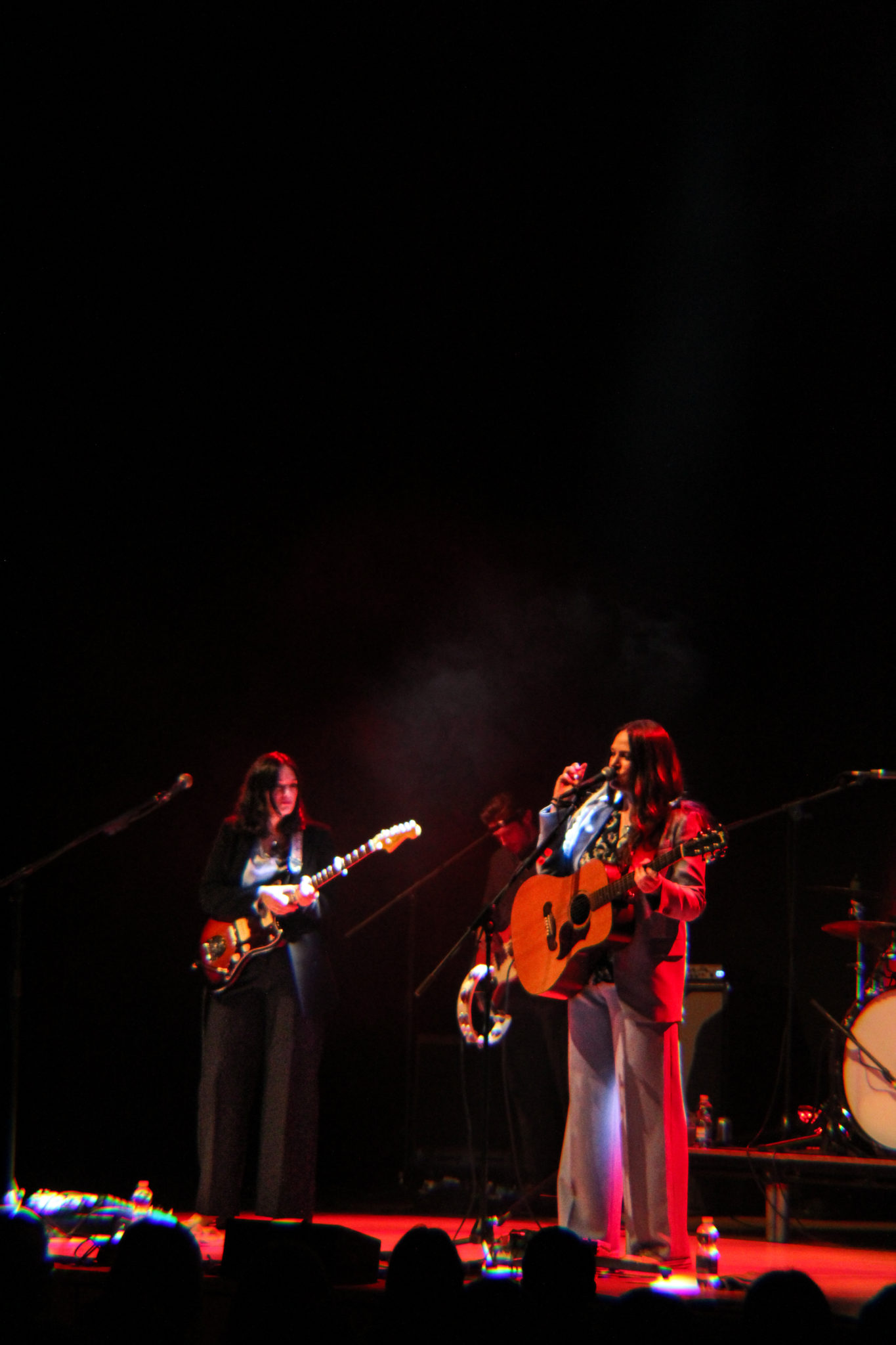 In many ways, it felt as if it was performance art of some kind, the still, quiet audience holding their breath as they swum through the rich vocalisations, before exploding into applause after the final note. It was in their performance of 'Careful, Kid' that this came to a head, the intense harmonies and instrumentation rising to the very top of the vaulted ceilings, seeming to suspend time.

"Someone who's not with us is our sister Emily, she's at home looking after her daughter Maggie," said Jessica, noting that the stage was only two-thirds full. "I know, she's incredibly selfish," joked Camilla, the other half of the duo. "She can't hear us, it's fine."

Each song seemed to build on the previous, growing increasingly beautiful and powerful with each track. From the more folk driven sounds off their 2014 album If I Was to more blues forward pieces such as 'Tired as Fuck,' there was a common thread of gorgeous melodies, the two voices seamlessly blending into one. 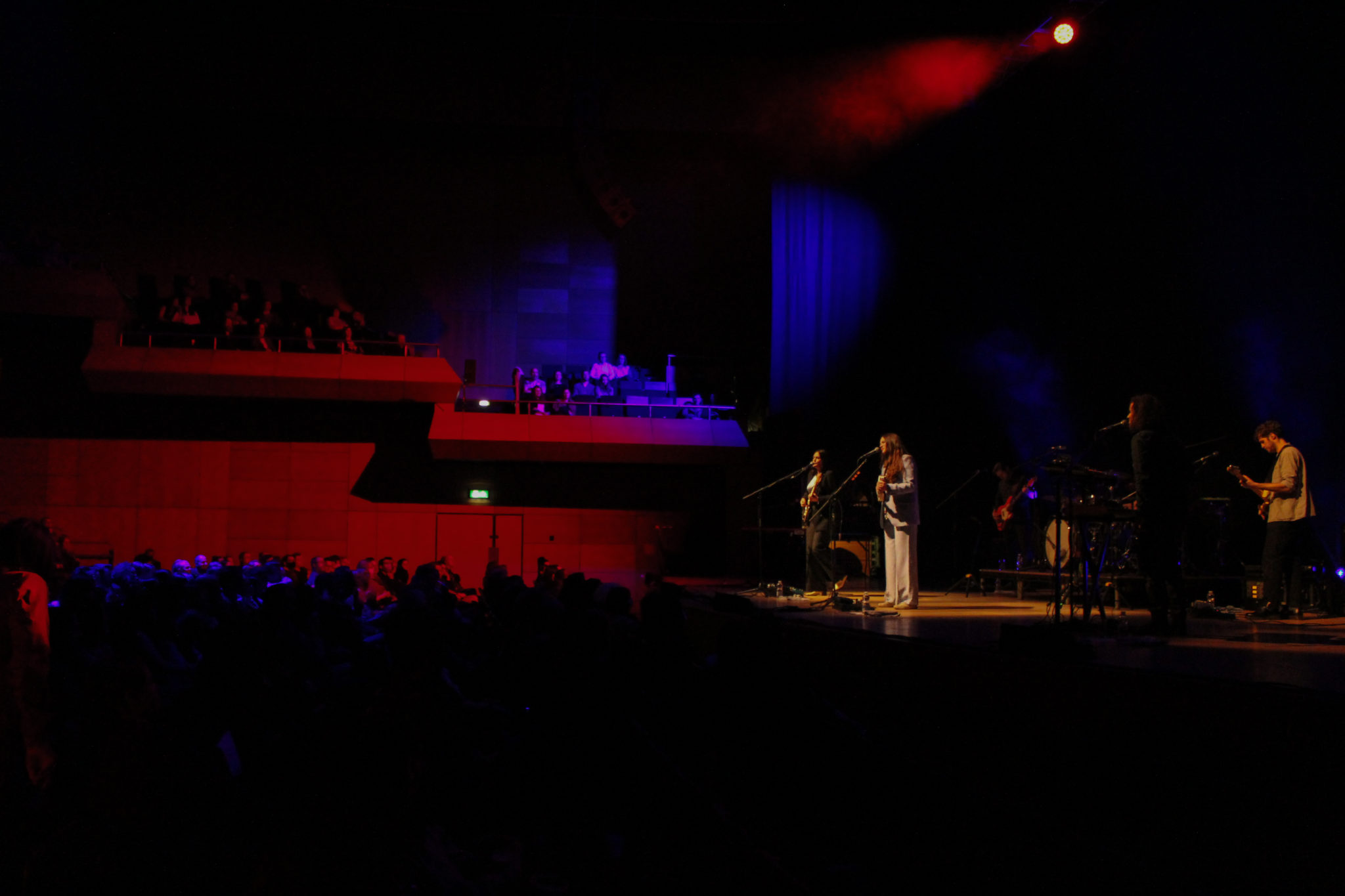 Performing a range of pieces from across albums, the whole show seemed like one long song — an effortlessly beautiful tribute to sisterhood, womanhood and musicianship. Finishing with a drawn out, electric version of 'Damn It All,' the sisters left the stage to a standing ovation, the audience cheering and calling for an encore.

Of course, they delivered — starting with title track 'Good Woman' and ending the show with 'Teeth White,' grinning, dancing and belting along to the upbeat track. 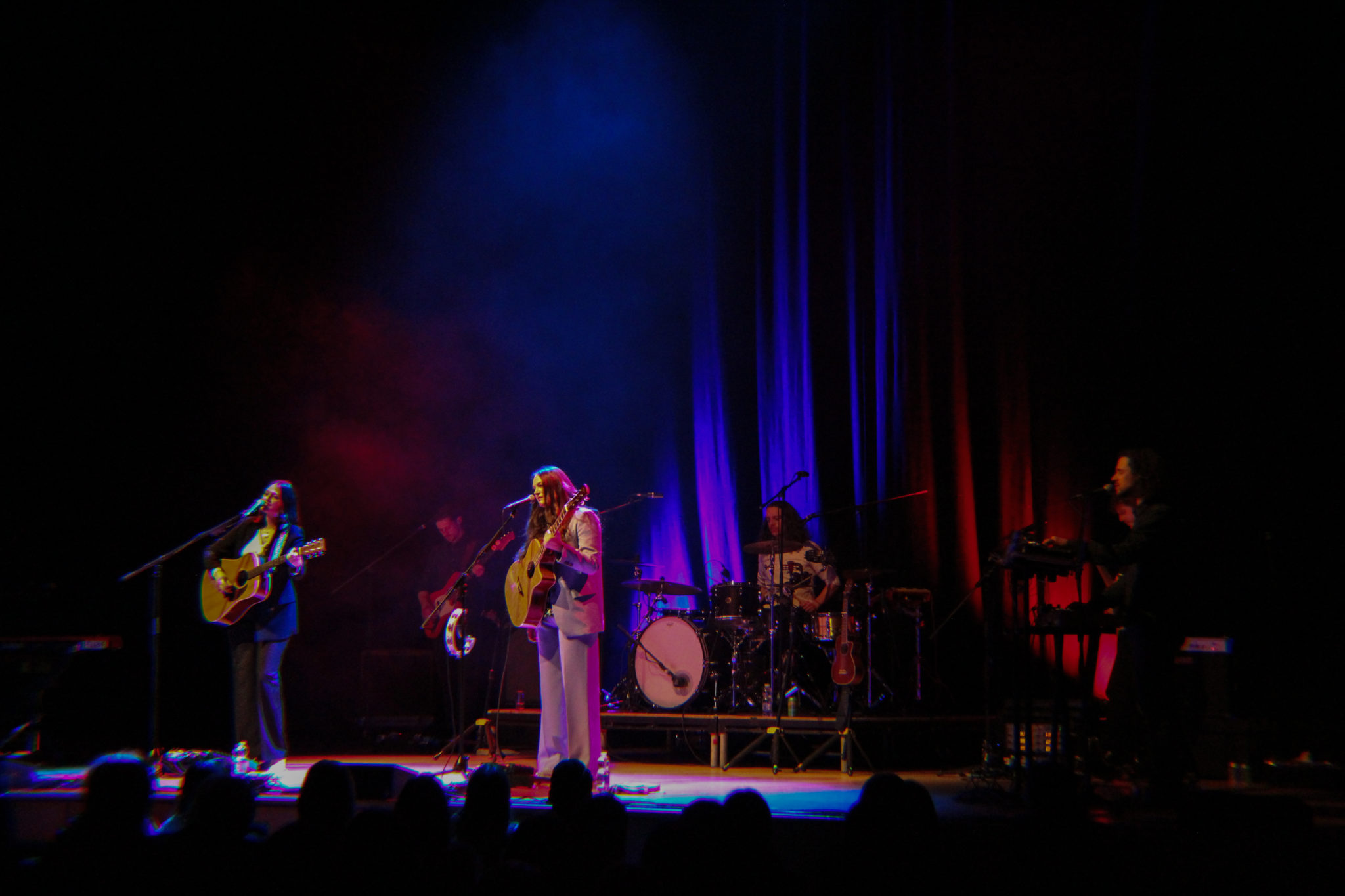 If The Staves know how to do one thing, it's how to deliver a beautiful performance. With awe-inspiring harmonies, gentle, intentional instrumentation and poignant lyricism, every song feels like a distillation of emotion into its purest form. In The Helix, the room seemed to bend to them, the audience hanging on every word, every note. If The Staves could deliver a performance this good at two-thirds capacity, I can only imagine what they sound like in full.

The Staves: "Good Woman is for anyone who felt robbed of their own agency to decide who they want to be"
Exciting Times author Naoise Dolan announces second novel
Body & Soul 2023: Moderat, Sorcha Richardson, Aoife Nessa Francis, Gilles Peterson and more added