Trickling into the tiered balcony seats of the 3Olympia Theatre and lining the main floor were clusters of spectators eagerly awaiting Dublin-born hip-hop star Rejjie Snow. As stage lights dimmed gearing up for the night’s main event, hoots and whistles roared through the crowd welcoming the rapper home for the time being.

Filling with anticipation, a colourful performance by up-and-coming Peckham rapper, Pinty, was met enthusiastically by those with standing tickets; grooving to the unconventional verses of the UK Garage resemblant artist.

The second opening act, hailed warmly by crowd members, was none other than Dublin's own rising artist, Glenn Denim. The rising Dubliner went on to perform his own cadenced set, simultaneously energising the audience for the headliner to come.

“I feel like this is everybody’s first gig in a while,” greeted the 28-year-old Baw Baw Black Sheep rapper, “so let’s have a good time!”

Many elements make a headline artist's gig truly memorable, from the bassline's discernible drone to the dynamic lights dancing on stage and into the theatre, but what really sets a performer apart from his counterparts is his ability to envelop audience members into a collective experience. Drumcondra native Snow excelled in this regard, consistently leading audience participation throughout the night. 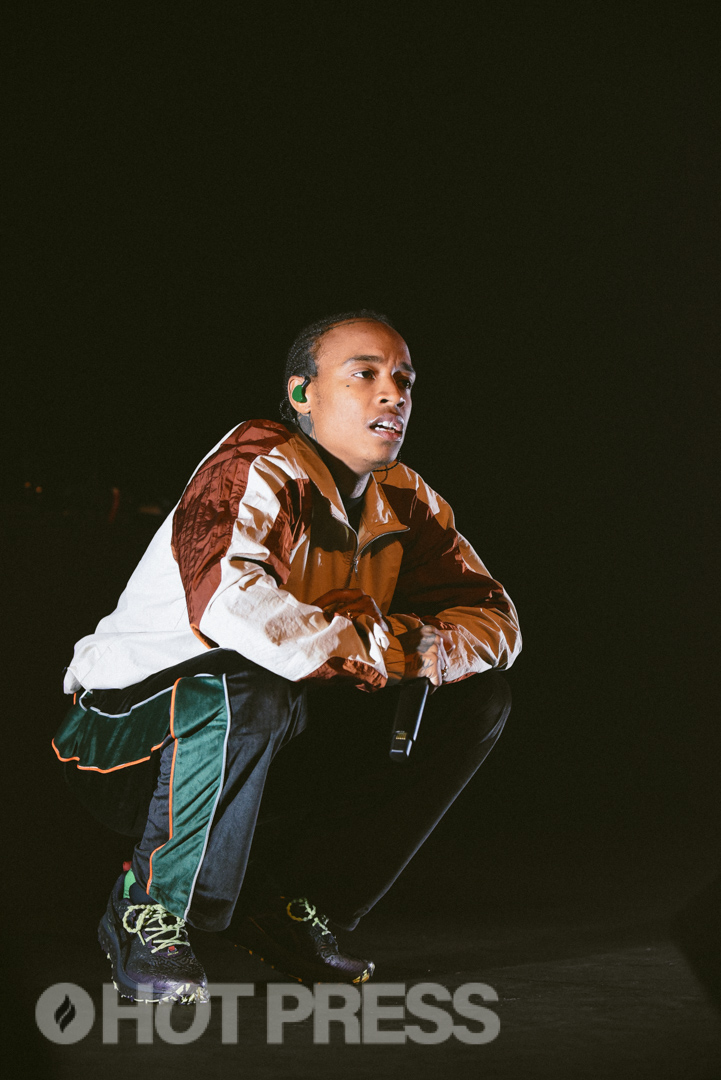 A coordinated “Hell yeah!” call and response kicked off his set, before continuing with the song ‘Pink Lemonade’ from his second album Dear Annie. Making ample use of his stomping ground, Snow paced back and forth from stage left to right and then back to centre, during the song 'Désolé,' also from the 2018 album, entertaining an energetic rhythmic conversation with guests in every corner of the arena.

“DUBLIN! Best city in the world” beamed Snow, to which the crowd responded by chiming, “Rejjie! Rejjie! Rejjie!” raising their hands to the beat of the accompanying track. This spirit was sustained into the following song, 'Sunny California,' a crowd favourite from The Moon & You, queueing orange sunset lighting and audience dance moves to be revered.

Many similar, amusing invitations were led by Snow - such as, “What did everyone have for breakfast this morning?” before smoothly entering a performance of ‘Cookie Chips,’ (featuring the late MF Doom) from his most recent 2021 album, Baw Baw Black Sheep, as well as “We got any smokers in the house tonight". Hinting that the next song in the line-up was to be ‘D.R.U.G.S,’ a 2016 single; both resulted in a clamour of interjections from the crowd. 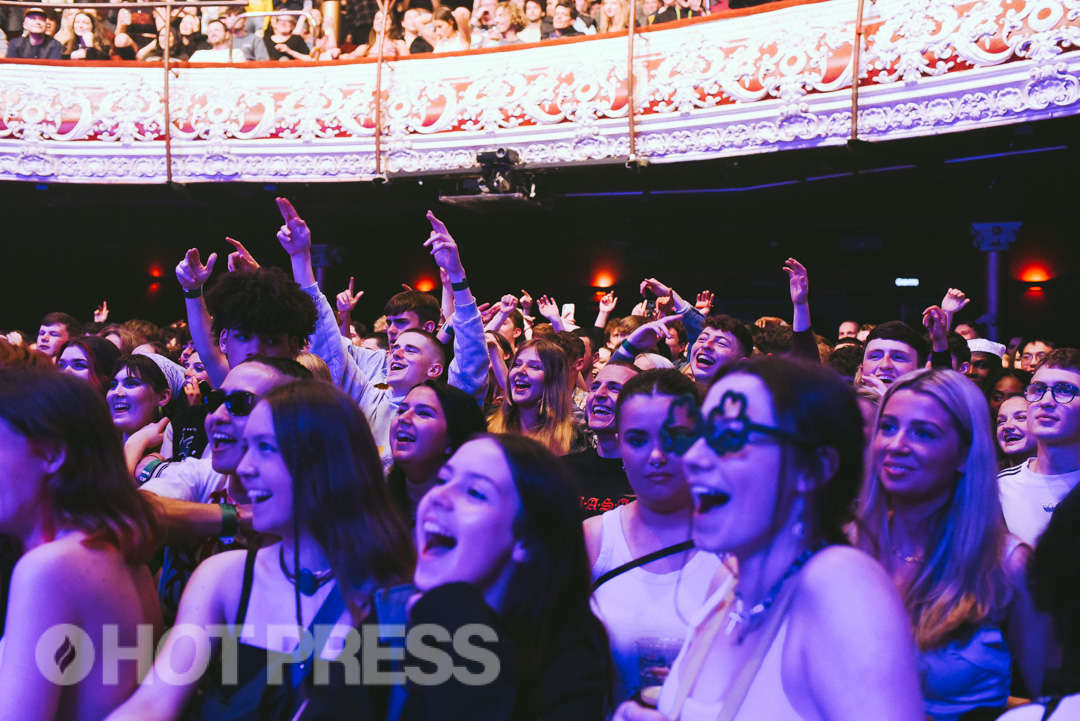 A dialogue between Rejjie Snow and last night’s concertgoers was what characterised the show. Stepping back at times to let the audience have their moment, Snow held the microphone out to the balcony and to the main floor. Both feeding off of each other, growing increasingly animated with each passing song, the night culminated with the final song '23' when every individual with a phone on their person raised their flashlights, bringing “the stars inside” as Rejjie’s DJ put it, before sending him off again to finish the rest of his international tour.