Gang of Youths delivered a show unlike any other at The Button Factory.

Gang of Youths didn't just play a show. They performed.

The Button Factory was still slowly filling up when support act 17-year-old Tom A. Smith took to the stage. His stripped down, acoustic set peppered with powerful vocals and personal quips. 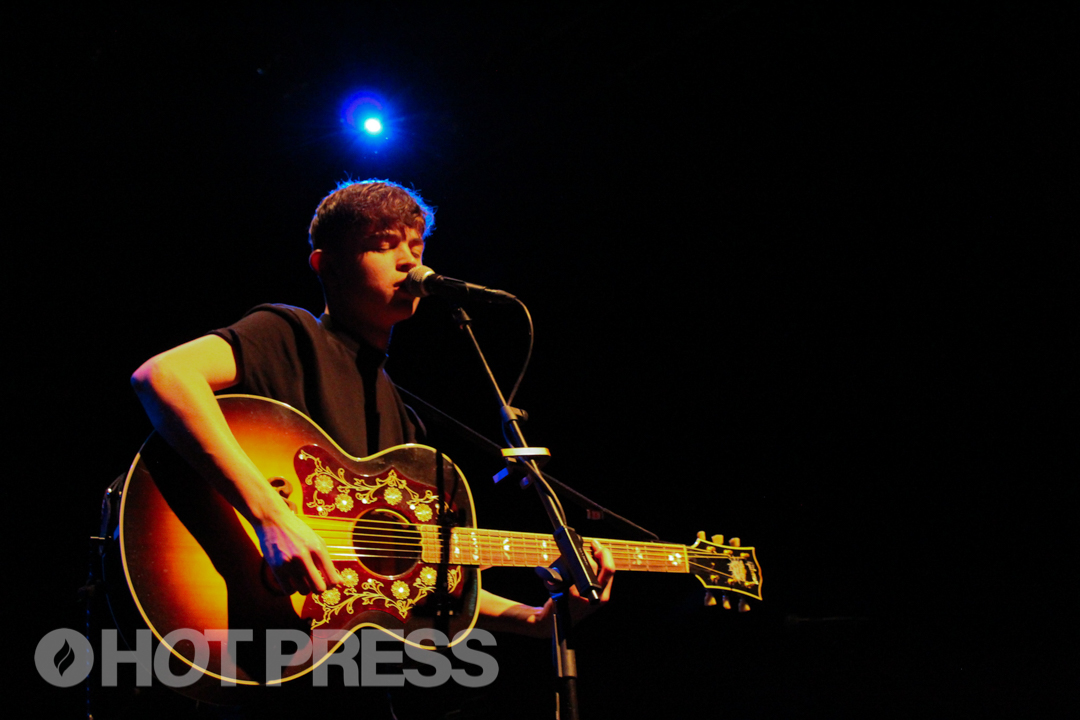 Playing a range of songs, including some from his recently released EP 1, he demonstrated an impressive guitar skills and an aptitude for live performance.

"I literally found out I was doing this tour like a day ago," he laughed into the mic, before launching into a cover of The Clash's 'Boys Don't Cry.'

When Gang of Youths came out, however, the whole room was immediately enraptured.

Starting off their performance with 'the angel of 8th ave.,' lead singer David Le'aupepe exploded with an energy that would only grow over the course of the set. From truly indescribable dance moves, climbing into the photo pit and intense eye contact with the front row it was clear this wasn't simply a concert. For Le'aupepe, this was his moment. 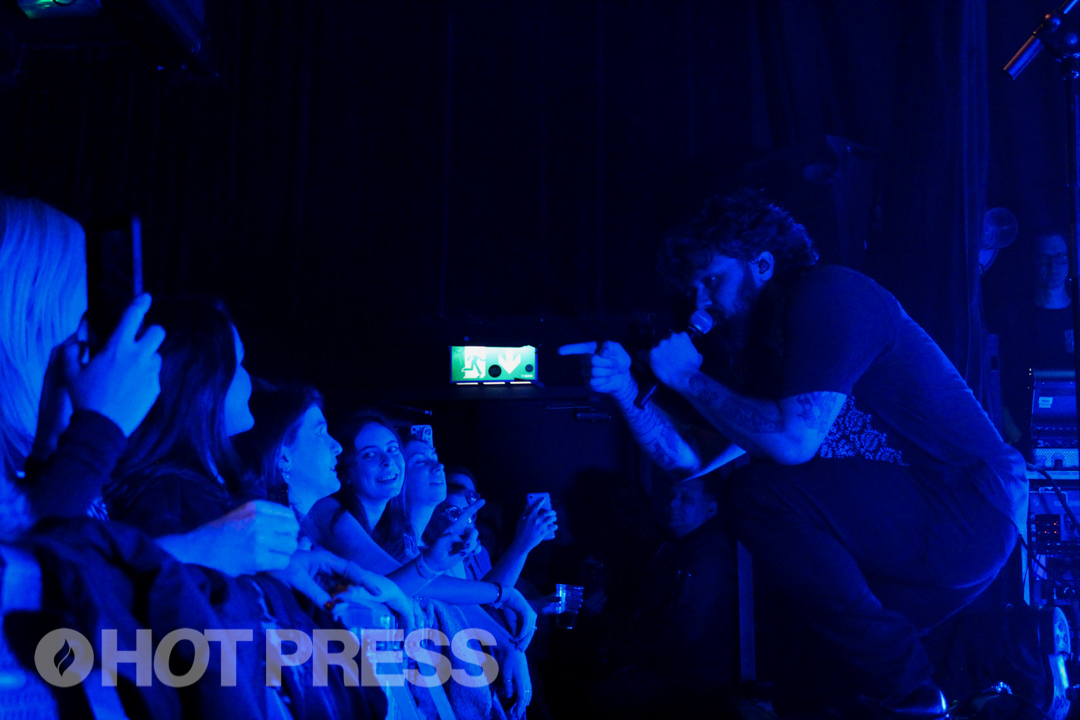 Aside from showmanship, the thing that struck me about Gang of Youth's was their rejection of any form of rock concert decorum. Yes, the way they played was tight, beautiful and at times experimental, transferring their discography into a live set that settled like a spell over the crowd. During 'brothers', for example, the audience collectively shushed a lone yell.

However, Le'aupepe was also incredibly, almost disarmingly honest — seemingly moved solely by his own whims, unafraid to share his internal monologue with the hundreds of upturned faces below him. From words of warning the likes of, "This is our first show in a while, so there's gonna be wrong chords played, dance moves completely butchered" to "when the audience yells nice shit I can't hear a fucking word of it," the singer's stream of consciousness approach to communicating with his fans was fresh, raw and unapologetic.

As time went on, the band's cocktail of weird and wonderful only got stronger. Midway through, pints of Guinness were brought out for everyone onstage. Keyboardist and guitarist Jung Kim seemed like a wizard as he kneeled over the loop board, creating complex melodies with enviable confidence. During 'Let Me Down Easy,' Le'aupepe ran into the audience, evading two incredibly stressed-out security guards as he sang amongst the crowd. 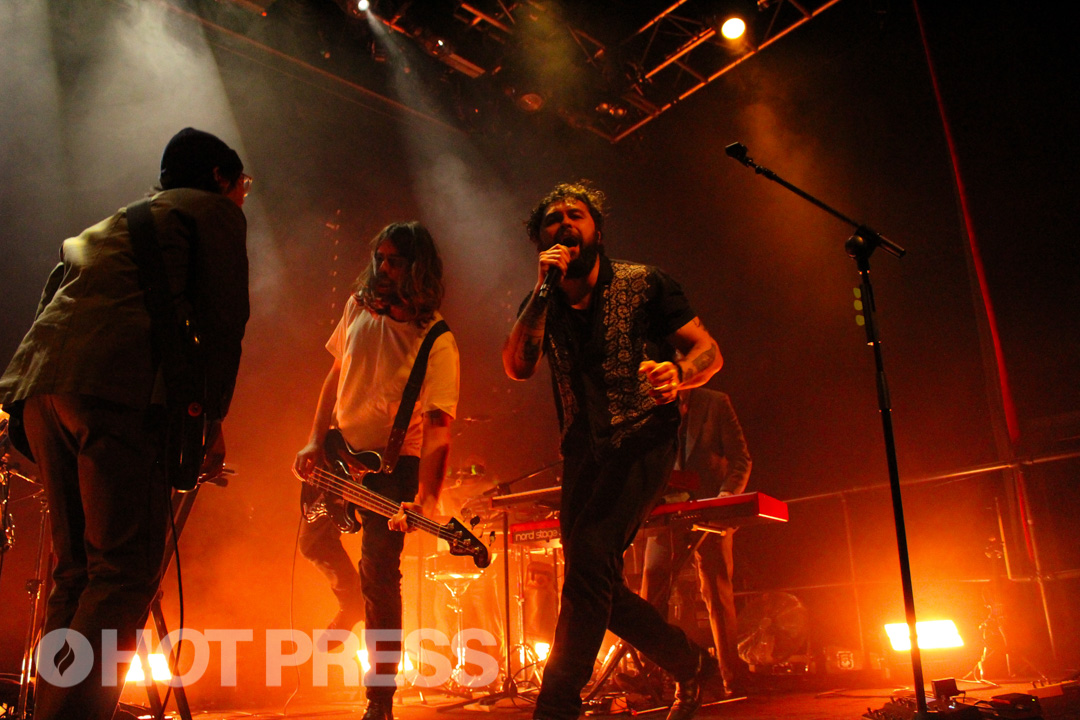 Gang of Youths at The Button Factory. Copyright Grace McNamara/hotpress.com

They set no rules and followed no guidelines. They did whatever the music told them do — whether is was reaching out to hold the hand of a fan, spraying water everywhere or grabbing each other's faces. It was chaos that only they could pull off.

The defining moment of the show, their electric rendition of 'in the wake of your leave,' proved that this unconventional performance style worked. Layering gentle harmonies of the band's voices to build a crescendo of noise, the crowd kept singing long after Le'aupepe stopped. Here he stood, arms outstretched over an adoring sea of faces, soaking in the sound like sunlight. 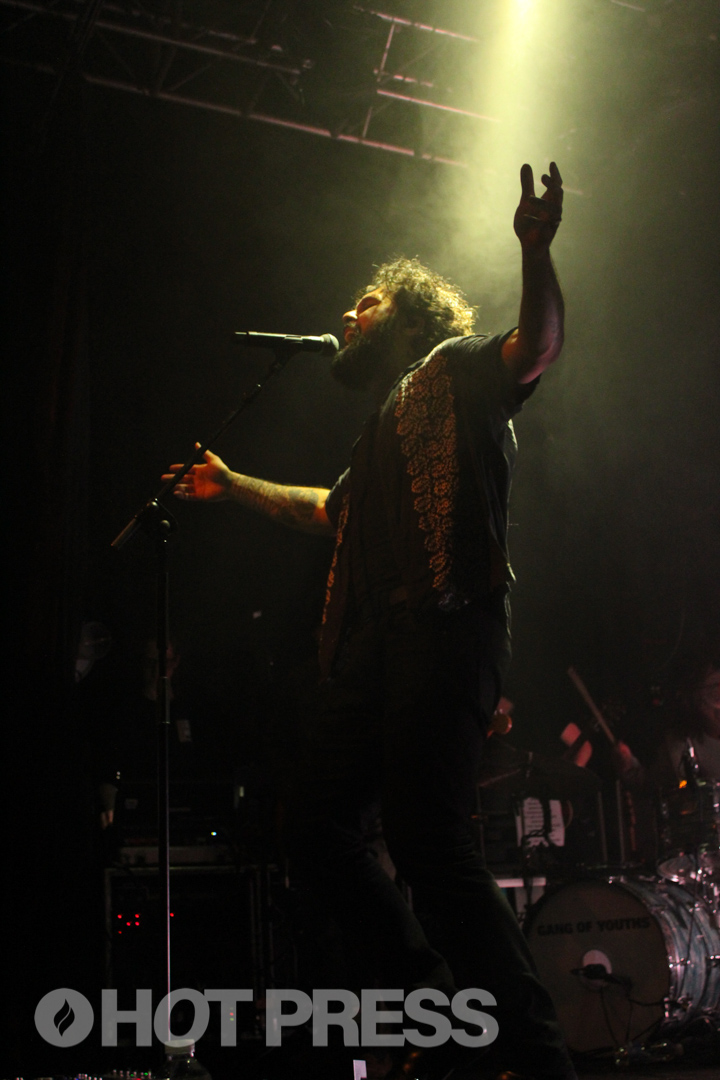 I've never been to a show like Gang of Youths at the Button Factory, and something tells me I never will again. It was unexpected, at times bumpy, and invigorating. At times, it felt more akin to performance art than a rock concert. Regardless, the show marked a triumphant return for the London group and a hugely successful reintroduction to the world of live touring.

JYellowL: "Being in a session with someone who’s just been with WizKid, you have to make them know they’re spending their time wisely with an act like me”
Mahalia: "I can't wait to have more Guinness after my Button Factory show. It sounds like a cliché but I'm serious!"
A&R Department: MuRli, St. Bishop, Clara Tracey, MELTS, Obskur and more