Irish artist Lucy Rice began Last Apollo in the depths of lockdown, and in just over a year she has built up from an aspiring artist to an emerging one.

Produced by Lucy alongside Killian Taylor, Ordinary Matter is an expertly crafted 6-track EP which contrasts the youthful perspective of the young artist (21) with the mature songwriting and arrangement ability of a seasoned musician.

According to a press release, the EP is "the self-reclamation of an artist who in previous years felt like she was losing touch with herself and with her sense of self-worth both within the world of music and in the more general sense." The 26-minute EP contains raw, unapologetic and energetic tracks, evidential of the artist's youthful drive and determination.

"I was playing in bands and constantly undermining my own ability," the 21-year-old musician explained. "I was valuing the artistic opinion of others over my own, if I thought something was good but someone else disagreed I found myself automatically assuming they were correct for no reason other than a lack of self confidence."

Ahead of her EP release, the genre-bending musician released two singles, 'Moonboots' and 'Resevoir', which earned the artist critical acclaim, selling out her headline show at Whelan’s, as well as securing a mainstage Trinity Ball slot. The unwavering drive and resilience so associated with Last Apollo can be heard throughout this EP and it's that same drive that is indicative of Last Apollo’s unavoidable rise in the Irish Music Scene. With this much success already under her belt, it's no doubt that Ordinary Matter will send Last Apollo into blast off.

From start to finish, this EP is an electric culmination of pure pop/rock/indie youthful exuberance. The entire EP is a no-skip masterpiece.

Opening track 'Apologies' immediately demonstrates to the listener that this is an artist not to be overlooked. The theme of merciless self-restoration hits a peak with explosive riffs on electric guitar, screaming of young adult angst.

Speaking about the theme in 'Apologies', Rice said: "I think it’s a very Irish thing to be too modest and even more so for a woman in Ireland there is this constant awareness of how others are perceiving you and that you don’t look too confident - for some reason it feels a lot more acceptable for a man to be confident.

"I would find myself constantly undermining myself and my abilities in conversation with people. Actually the main reason I decided to perform under the moniker Last Apollo and not my own name was because I didn’t want potential listeners to immediately see I was a girl and not listen to my work because they assumed they already knew what it was going to sound like." 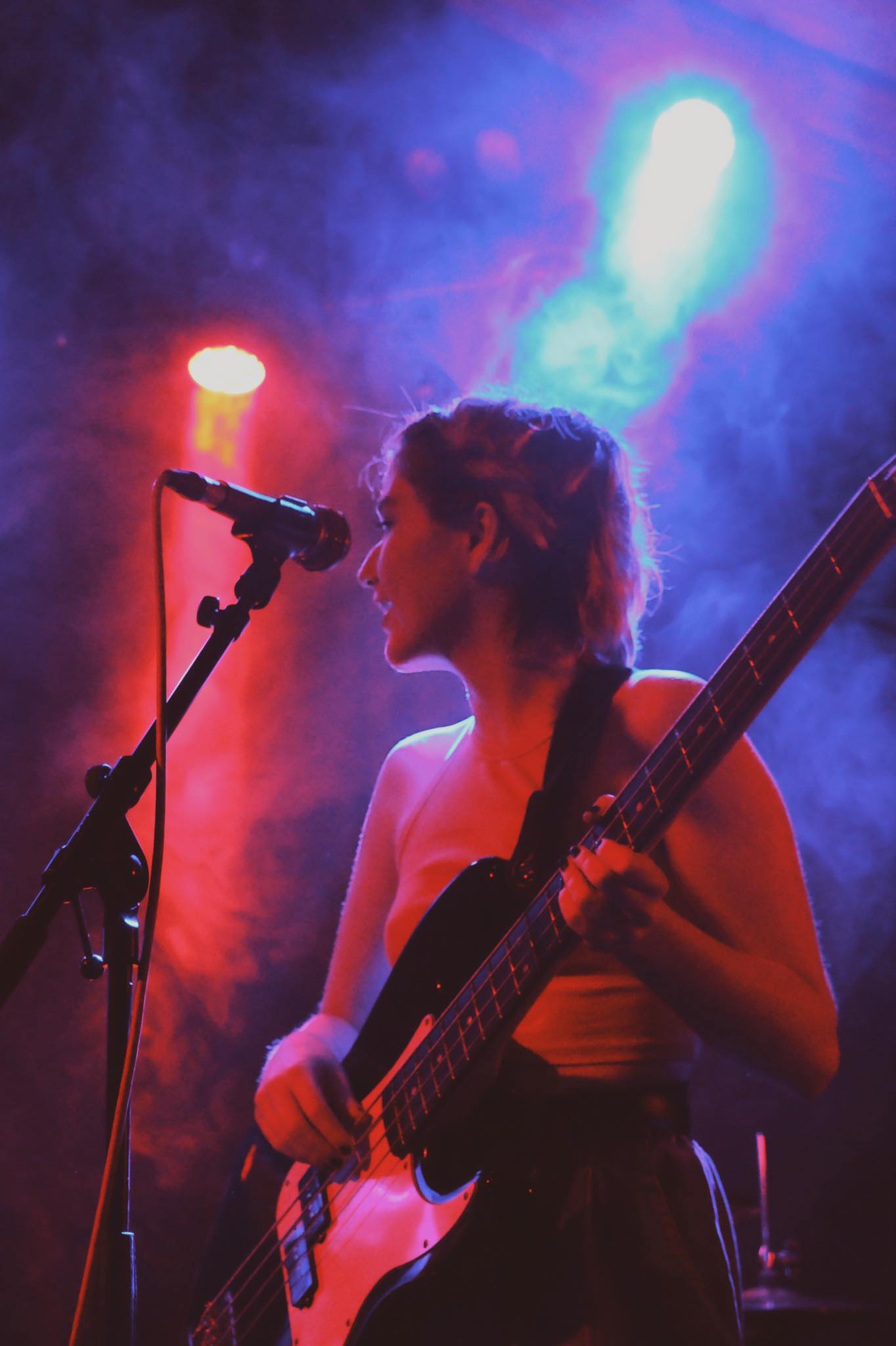 Last Apollo at The Grand Social

A personal favourite from the EP, 'Moonlight', features heavy harmonisation and a twinkly melody. Without paying close attention to the lyrics, this song creates the texture and atmosphere of a cosy, unthreatening love song. Yet, the more attention paid to the background detail, the more you can hear that something is not quite right. The constant dissonance throughout the track prevents the listener from relaxing into the melody, creating a disorienting effect.

Explaining the track, the Irish musician said: "Originally, the first verse of this song was written about someone I cared about - it truly did start off as a love song.

"I never really did anything with the verse and it kind of just sat in my brain for a few years and then one day when I was really struggling and finally coming to terms with some of the things I had experienced I wrote the rest of this song and its tone entirely shifted. The hardest thing to deal with when you realise you have experienced something so toxic for
so long is that you will never get to return to the person you were before it all happened.

"Those experiences are ingrained in your skin and your mind and your perception of the world will never truly shift back to how it was prior. Yet reflecting on it now, I realise that I wouldn't want to go back to the person I was before everything happened, I would never have learned to put myself first and to truly back myself - thus I never would have thrown myself into Last Apollo the way that I did.

"When everything was crumbling around me, Last Apollo became my new constant and that is why I chose to end the EP with these words: "Hold me, slowly, break me, remake me"."

Last Apollo is headlining Workman's Main Room on July 20th, with support from Harry Fennell and Banríon. Tickets are on sale here.