The book is available to order in two formats below.

Hot Press is delighted to announce the publication of the first career-spanning book about the extraordinary life and times of Dolores O’Riordan and the band she fronted, The Cranberries.

Curated by Stuart Clark, WHY CAN’T WE? – The Story Of The Cranberries And Their Iconic Frontwoman Dolores O’Riordan (As Told Through The Pages Of Hot Press) includes contributions from the likes of Michael Stipe and Simon Le Bon, and is available to buy now in two formats from hotpress.com/shop

Fully supported by The Cranberries and the estate of Dolores O’Riordan, WHY CAN’T WE? documents the birth and extraordinary rise of a band that made a city – indeed the entire county of Limerick – proud, and through such instantly recognisable hits as ‘Linger’, ‘Dreams’, ‘Zombie’ and ‘Ode To My Family’ helped to soundtrack the lives and loves of millions of people all over the world.

Along the way there were superb solo adventures undertaken by Dolores and side-projects involving Noel. There was also fun, friendship, triumph, adversity, controversy and, ultimately, the gut-wrenching tragedy of Dolores’ death on January 15th, 2018 in London.

“We covered every step of The Cranberries’ – and Dolores’ – journey in Hot Press,” editor Niall Stokes says. “The magazine has always enjoyed a very close, personal working relationship with The Cranberries crew. It is fantastic that this has been immortalised in WHY CAN’T WE?, with the full support of the band and of Dolores’ estate. Fans can rest assured: it is an extraordinary and very beautiful, must-have book.” 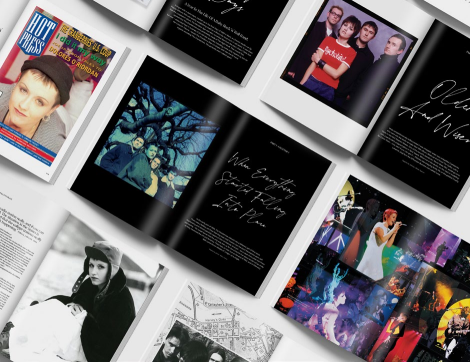 Welcoming the publication of WHY CAN’T WE?, Noel Hogan of The Cranberries says: “Stuart Clark wrote the first press release that we ever did, as The Cranberry Saw Us, so it’s great to see his name on an absolutely brilliant, blow-by-blow account of the incredible adventure we embarked on, all those years ago. We’ve always had a fantastic relationship with Hot Press, so I think fans are going to really relish re-living all of the highs, as well as the sadness and the pain, as told through the pages of the magazine.”

Fergal Lawler adds: “Fans are going to love WHY CAN’T WE? Stuart Clark and Hot Press were there from the very start with the band, and Dolores was such a great interviewee. It is a fantastic way of remembering her, and of celebrating the music that was her life’s work.”

Dolores’ mother Eileen says: “This is a unique and fascinating way to tell the story of the band, and of Dolores’ solo musical exploits. I think she would be delighted with it.”

The Deputy Editor of Ireland’s fabled Hot Press magazine, Stuart Clark was an ally and confidante of the band, going back to their earliest Limerick days and offers his own candid insights into the people and the personalities – and into how The Cranberries became one of the biggest bands on the planet.

Recalling the eager 18-year-old he first met just after she’d left school, Stuart says: “Dolores O’Riordan was smart, loving, loyal, dedicated and as funny as f*ck. Hers was a truly unique and special talent. Alongside her three brothers-in-arms in The Cranberries, Ferg, Mike and Noel, she gave Limerick what it had always craved – a world beater of a band who proudly represented the city wherever they roamed. 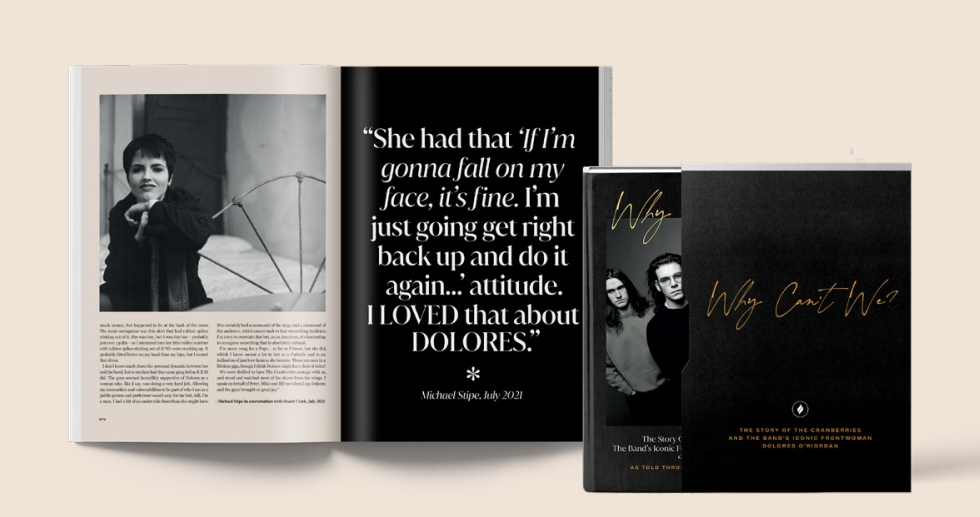 PREMIERE: 'My Reading Of It' – Joseph O'Connor shares a fascinating chapter from My Father's House
2023 Irish & International Books Preview: Nicole Flattery, Paul Murray, Zadie Smith and more
Maggie O'Farrell: "I didn’t want to write the kind of novel where you need a degree in English literature to appreciate it"

The Reading Festival: The Books Of 2022
Cormac McCarthy returns with The Passenger and Stella Maris: "His is the sort of nihilism that remains oddly exhilarating..."
Martin Hayes & The Common Ground Ensemble to launch their album at the National Concert Hall in March
Kraftwerk's Karl Bartos releases his memoir, The Sound of the Machine
Music Book of the Month: Brian Johnson, The Lives of Brian
Bob Dylan apologises for digital signatures on Philosophy of Modern Song books