Rebecca Daly is fast becoming one of Ireland's most intriguing filmmakers. Her movies The Other Side Of Sleep and Mammal examine the complicated connections between characters who are outsiders, looking for a sense of home. She continues this theme in Good Favour, an atmospheric and unnerving exploration of faith and power. Suitably for an enigmatic film, it was itself inspired by a mystery. "I read an article about a young guy who walked out of the Black Forest into Berlin and said he couldn't remember who he was, or what had happened to him," explains Daly. "I was very intrigued by that and what the possibilities of him were. He went through a lot of social services facilities and psychological testing, and they didn't know if he was a refugee or suffering from PTSD."

In Daly's film, she uses the idea of a stranger emerging from the woods to explore concepts of faith, truth and power. Vincent Romeo plays Tom, an enigmatic teenager who appears as if from nowhere, interrupting life in a fundamentalist Christian village. As he becomes part of the community, some odd incidents occur and the children of the village become convinced that he is the messiah. But is Tom a figure of good, of evil - or is he just a boy? The tale touches on religion and psychology, but Daly was also interested in the contemporary political relevance. 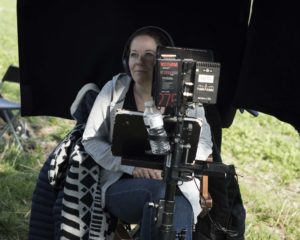 "I think it's impossible to ignore what's going on in the world in terms of the movement of people," Daly says. "You've got the migrant crisis, the refugee crisis, people like Trump talking about walls. So we wanted to explore the idea of an outsider entering a community, and here the community has a Christian ethos which should be a welcoming one, that helps people in need. But there's also a closed sense to this particular community, as they've completely isolated themselves from the rest of the world. So they're kind of a threat to him, and he's kind of a threat to them."

The community itself has some shocking secrets. Someone has gone missing, and another person is gravely ill - but their rules about not accepting help or interference from the outside world stifles any chance they have of saving either. This is causing emotional distress for some members of the community - but is it enough for them to leave their faith? For Daly, this question had a particular resonance for Irish people.

"I was interested in the idea of faith, particularly because of my grandmother," says the director. "She had a very strong Catholic faith and was very aware of various abuses within the Church, but her faith was so strong that it could encompass all of that, and it could allowed her to hold all of that and deal with it. Her faith could endure. I was interested in what people can accept, whilst still persevering with what they believe."

In Good Favour, this is a complex and often quietly terrifying dynamic to watch unfold - the sacrificing of individuals in order to protect the community. 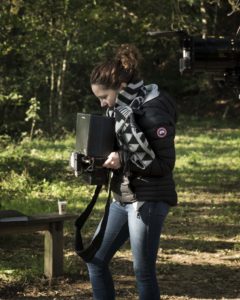 "Yes, it's exploring the whole ethos that a lot of religions encourage," says Daly. "The idea that the individual is not as important as the group, and the greater good should win out over individual needs. Sometimes, though, that means the philosophy isn't actually very compassionate."

One of the strengths of Daly's film is its complex portrait of the community, which is a fictionalised religious group, based on the Hutterites and Mennonites. DalyÕs extensive research led her and her writing partner, Glen Montgomery, to create a Bible for their fictional religion, which was given to every cast member so they could understand their charactersÕ beliefs. Self-sacrifice was a vital commandment.

"I watched a BBC documentary about the Hutterites," notes Daly. "They believe that their life here on Earth is sort of where they gain credits for heaven - enjoyment of life here on Earth is not important. I thought that idea was interesting. All the things you usually think of as making life enjoyable - pleasure, wonderful experiences, joy - were not really a consideration for these people."

Vincent Romeo is incredible as Tom, adding to Daly's track record of casting mesmerising young leads. She was one of first directors to recognise Barry Keoghan's incredible talent, casting him as a lead opposite Rachel Griffiths in her complex drama Mammal, when he was still being called "yer man from Love/Hate".

"It's not at all surprising to me that Barry Keoghan's become an A-lister!" Daly says emphatically. "He has such a natural charisma, and he understands how to work with the camera in an extraordinary way. He has a relationship with it that recognises the possibilities. But it's all instinctive, I don't think he's analysing it, he just innately understands it. And he likes to play, he can do five takes in a row and give you something different every time. He's so creative. We're still in touch, and he's exactly the same lovely guy, which is also what makes him brilliant. He's incredibly talented but true to himself." But back to another interesting young man - whatever happened to the mysterious real boy who appeared in Berlin and inspired Good Favour in the first place?

"When they released his photo on Interpol a year later, it turned out he had just run away from Amsterdam because he got his girlfriend pregnant."

So clearly not the messiah - just a very naughty boy.