Fatboy Slim: "There didn’t seem any point in making more music unless I absolutely had a fire in my belly about it. DJing has taken over my life"
Fatboy Slim.

Superstar DJ Norman Cook, aka Fatboy Slim, is due to hit Ireland at the height of summer for an eagerly anticipated headliner at the Indiependence festival in Cork. As it happens, on the day I catch up with the now 58-year-old groove mechanic over the phone, I’d randomly read about him in a news story just a few hours before.

Following the legendary Christopher Walken’s casting in the upcoming Dune sequel, online sleuths had noticed that Cook had apparently foretold the development in his 2001 hit ‘Weapon Of Choice’. Directed by Spike Jonze, the promo clip memorably featured Walken showcasing some of his dance moves, with the lyrics also featuring a reference to Frank Herbert’s original Dune novel.

“I know all!” chuckles Cook. “I’m not sure if we prophesied his casting in Dune or whether we actually made it happen (laughs). I’m actually not a huge Dune fan, it was more a reference to dancing. I’m not sure whether me or Bootsy Collins, who’s a co-writer on that track, are the world’s biggest Dune fans. It’s quite interesting because when the remake came out recently, a friend of mine went to see it and I asked him, ‘Does it have that line from the lyrics in it?’ And he said, ‘Oh yes!’”

With Walken one of the most celebrated actors of his generation, thanks to his appearances in everything from The Deerhunter and A View To A Kill to Pulp Fiction and True Romance, it must have been quite a coup to get him the ‘Weapon Of Choice’ video. 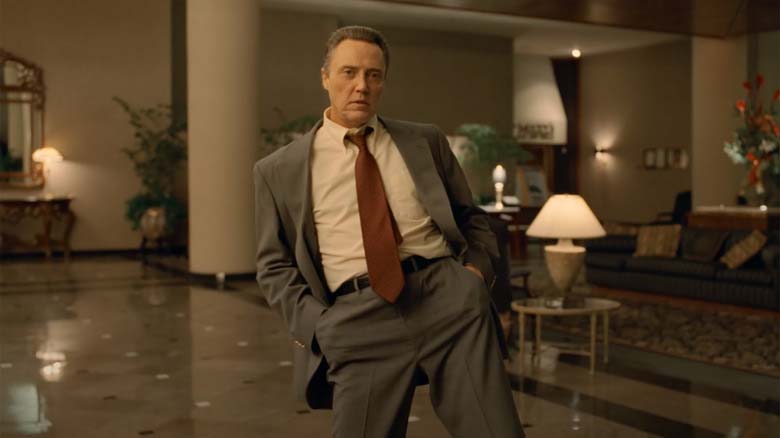 “It was, yeah,” nods Cook. “It was a weird one. Spike at that point was going out with Sofia Coppola, and one night they were having dinner with him. At one point, Spike went outside to call me and said, ‘Look, I’m just here eating with Christopher Walken, and he’s really dropping hints about getting his dancing down on tape while he’s still young enough to do it. Do you want him in your next video?’ I said, ‘Yeah!’ It was just one of those happy accidents.”

At the time, thanks to his iconic clips for Weezer’s ‘Buddy Holly’ and Daft Punk’s ‘Da Funk’, Jonze was one of the hottest music video directors around, in an era when MTV was still all-powerful. In addition to ‘Weapon Of Choice’, his clip for Fatboy Slim’s hit ‘Praise You’ was also another major success, so it must have been great for Cook to have such a talent helming his videos.

“It was,” he reflects. “It definitely kickstarted things worldwide. He made videos that I was proud of and enjoyed, but which also turned people on around the world. I can never thank Spike enough for what we did together.”

During a particularly hard work period recently, to unwind, I found myself putting together playlists for each year since I started listening seriously to music in 1995, with Cook featuring a couple of times. In fact, he was right there at the very start: one of the tunes I’ll always associate with the long hot summer of ’95 is ‘Turn On, Tune In, Cop Out’, the psych-pop hit Cook enjoyed with one of his previous bands, Freak Power.

“Again, it was a happy accident,” Cook recalls of the song. “It was released first time around and didn’t do very much. But then it was in a Levi’s advert, back when a Levi’s advert was gold in the industry. I just remember that Levi’s saved our arse and gave us a hit with it! Also, it was the beginning of my relationship with Ashley Slater, the singer of Freak Power. I’d written it but didn’t have anyone to sing it, and as soon as he sung it, I knew, ‘I’ve gotta work with this guy.”

It’s a brilliant song – did Cook think it was special when he wrote it?

Another Cook classic that featured on my 2002 playlist was ‘Talking Bout My Baby’, from the Fatboy Slim album Halfway Between The Gutter And The Stars. The tune memorably soundtracked the climax of Larry Clark’s dark teen drama Bully, which remarkably Cook hasn’t seen.

“I shall have to check that one out,” he says. “I saw one other movie he did but that one must have been below my radar.”

While Cook remains a hugely in-demand DJ internationally, he actually hasn’t released a Fatboy Slim album since 2004’s Palookaville. Has he ever been tempted to make a new LP over the past decade or so?

“No, if I had a desire to do it, I would have done it,” he replies. “I’d sort of lost my erection about making music. I don’t know if that means I’m too old, or I’m spent, or just had other things to do. There didn’t seem any point in making more music unless I absolutely had a fire in my belly about it. DJing has taken over my life and I’ve done other things as well. I wrote a musical with David Byrne and started branching out into art things.

“I’ve just done other things that turned me on more than making a record. I’m not saying I’ll never make one again, but you have to have a passion to make a record, and I just haven’t been feeling it recently.”

Other extracurricular activities Cook has got up to in his career includes producing a couple of tracks on Blur’s excellent 2003 album, Think Tank. Was there ever any talk of Cook doing more with Blur?

“Me and Damon just got on and wanted to work together,” he says. “It could easily have been Gorillaz, but he just happened to be doing the new Blur album. He said, ‘Come over to Marrakesh and hang out and see what happens.’ It was a nice moment. I felt a little out of my depth working with people like Blur, because I was a such a huge fan, and I’m not so well-versed in guitar music. But I thought the tracks I worked on were productive and it was nice to be part of.”

How did you meet Damon Albarn?

“I honestly can’t remember!” says Cook, howling with laughter. “I think Zoe [Ball, Cook’s ex-wife and BBC DJ] was interviewing him, and told him we’d been singing his praises the night before. He said, ‘I really love Norman’, and then we just met up. I’m pretty sure it was through Zoe.”

As he alluded to earlier, another of Cook’s high-profile collaborations saw him co-write the musical Here Lies Love with ex-Talking Heads man David Byrne, which focused on the life of Imelda Marcos.

“I’d bumped into David a few times and told him what he’d meant to me musically,” says Norman. “So he knew I was a fan, and then he wanted to write a musical about the life of Imelda Marcos. But he wanted it to be based around a nightclub, and around her basically spunking all the money that was US aid for the Philippines – she spent it in Studio 54. He wanted to base the musical in the modern day version of that club, which he decided was Manumission in Ibiza.

“He looked at who the Manumission residents were and saw my name, and remembered I was a fan, so he rang me up. When we started working, he came and stayed at my house! It was quite a big body of work and we did a lot of it by email, but he did come and live in my house for a bit.”

How was it having David Byrne as a lodger?

“I was a little bit overawed about the idea of working with him,” says Norman. “But he is such a convivial person to work with. He’s one of these geniuses who doesn’t dazzle you with their genius, he includes you. He’s just a joy to work with and he brings the best out of you. He’ll listen to things you say and make you feel like you’re clever too. He’s just a nice, intelligent person to have around the house.

“It was quite weird when friends of mine called round and he’d open the door, their jaws would drop. The funniest one is that my son, Woody, used to charge him to do magic tricks when we’d come out of the studio. My son was only five or six at the time, and he’d charge David Byrne a pound each to do magic tricks.”

Elsewhere, another of Cook’s ex-bands is The Housemartins, and for his 60th birthday celebrations, singer Paul Heaton decided to shell out for a few rounds at pubs all over Ireland and the UK, in a reference to the group’s sublime 1986 hit ‘Happy Hour’.

“He actually texted me and asked which Brighton pub he should choose,” says Cook, a long-time resident of the seaside city. “It was great, I’m still good friends with Paul. I thought it was genius what he did.”

The same year as ‘Happy Hour’, The Housemartins also enjoyed a UK number one with the equally wonderful ‘Caravan Of Love’. There were definitely some remarkable moments for the Hull outfit.

“It was probably the most exciting time of my life,” says Norman. “I’d grown up loving pop music and always wanting to be a part of it. Suddenly, we were on Top Of The Pops, which younger people probably wouldn’t understand the significance of. Again, it was a show we’d grown up watching. To be doing all those things for the first time was wonderful.

“What I’ve always said is, it’s like having sex – the first time wasn’t necessarily the best sex you’ve ever had. But it’s probably the most memorable, because you’re going, ‘I’m really doing this, aren’t I?’ So I will always cherish the experience of being in The Housemartins, because it was like we were losing our virginities together. Being the other side of the microphone, and the other side of the camera, for the first time in our lives was really, really exciting.” 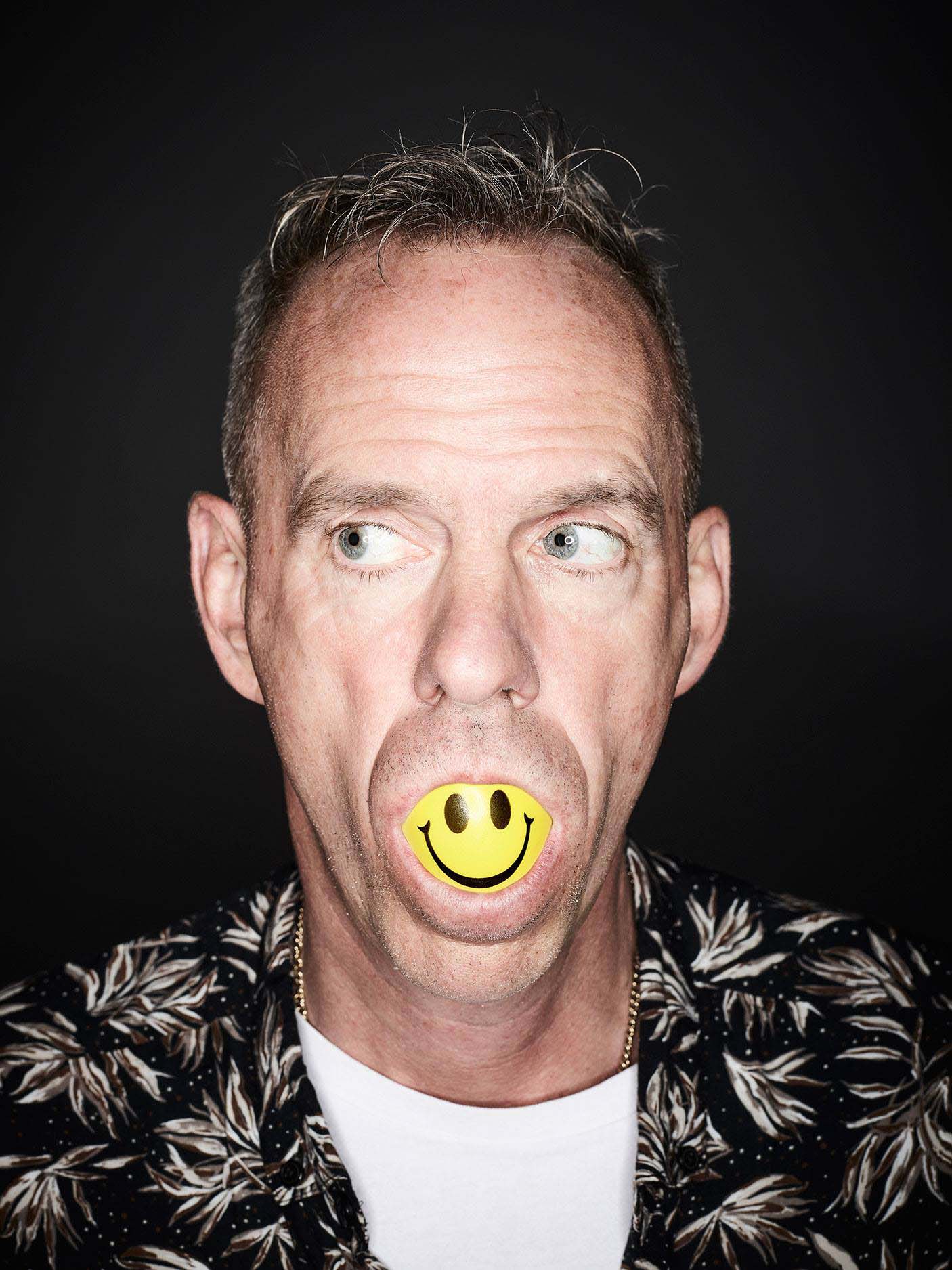 Finally, is it true that Cook has a small shareholding in Brighton FC?

“Yeah, I pumped some money into the club when we were in financial hardship,” he says. “Basically, we were shirt sponsors for nine years, and I had a big involvement in the club through that. They just tapped me up for some money to bail them out, for which I got some shares. When Tony Bloom took over, my slice of the pie went right down, but I think I own 3% of the club or something.”

The club certainly had a very sweet moment this season, thanks to their 4-0 hockeying of Man Utd.

Your 4-0 hammering of Man Utd must have been sweet.

“Yeah, I just wanted to hear you say it again!” he laughs. “I was there and it was a beautiful, beautiful moment. When you think of the trials and tribulations that we’ve had over the years, we’ve never been the sort of club you would ever expect to do things like that. It feels really good.”

Beabadoobee: "There are ups and downs, but I’m hopeful that this could be a thing for me for a long time"
Live Report: Kerbdog take Whelan's by storm for two nights of grunge justice
Dublin's Klubber Lang to perform at the Workman's Cellar next Wednesday