Carol Decker on the band’s enduring mega-hit ‘China In Your Hand’, pre-show rituals, and a memorable encounter with George Harrison.

Lancashire-born chanteuse Carol Decker’s star rose during the ‘80s as part of UK pop duo T’Pau, alongside then-beau Ronnie Rogers. T’Pau were on the crest of a wave in the latter half of the decade after hit single ‘Heart And Soul’ helped break them into the mainstream.

‘China In Your Hand’ topped the charts for five weeks, while 1987’s Bridge Of Spies LP sold 1.2 million copies. Having performed at the inaugural Forever Young three years ago, Decker is heading back to the Kildare festival this month.

“I’ve been to Ireland many times!” she smiles. “We went number one there back in the day with ‘China In Your Hand’. I’d played Forever Young before lockdown. It’s all my mates, so I can’t wait to see them all. We’re bumping into each other all over the place. I’m looking forward to coming back over, I just love it.

“I have a festival the next day in Chester so I won’t get to do many tourist bits. We’re back to work with a vengeance this year, so it’s insanely busy. It’s lovely to see people back out enjoying themselves and feeling like things are getting back to normal. It’s been quite moving, to be honest, to see smiling faces in crowds again. People are ready to stay in a happy place and forget about the hardship.” 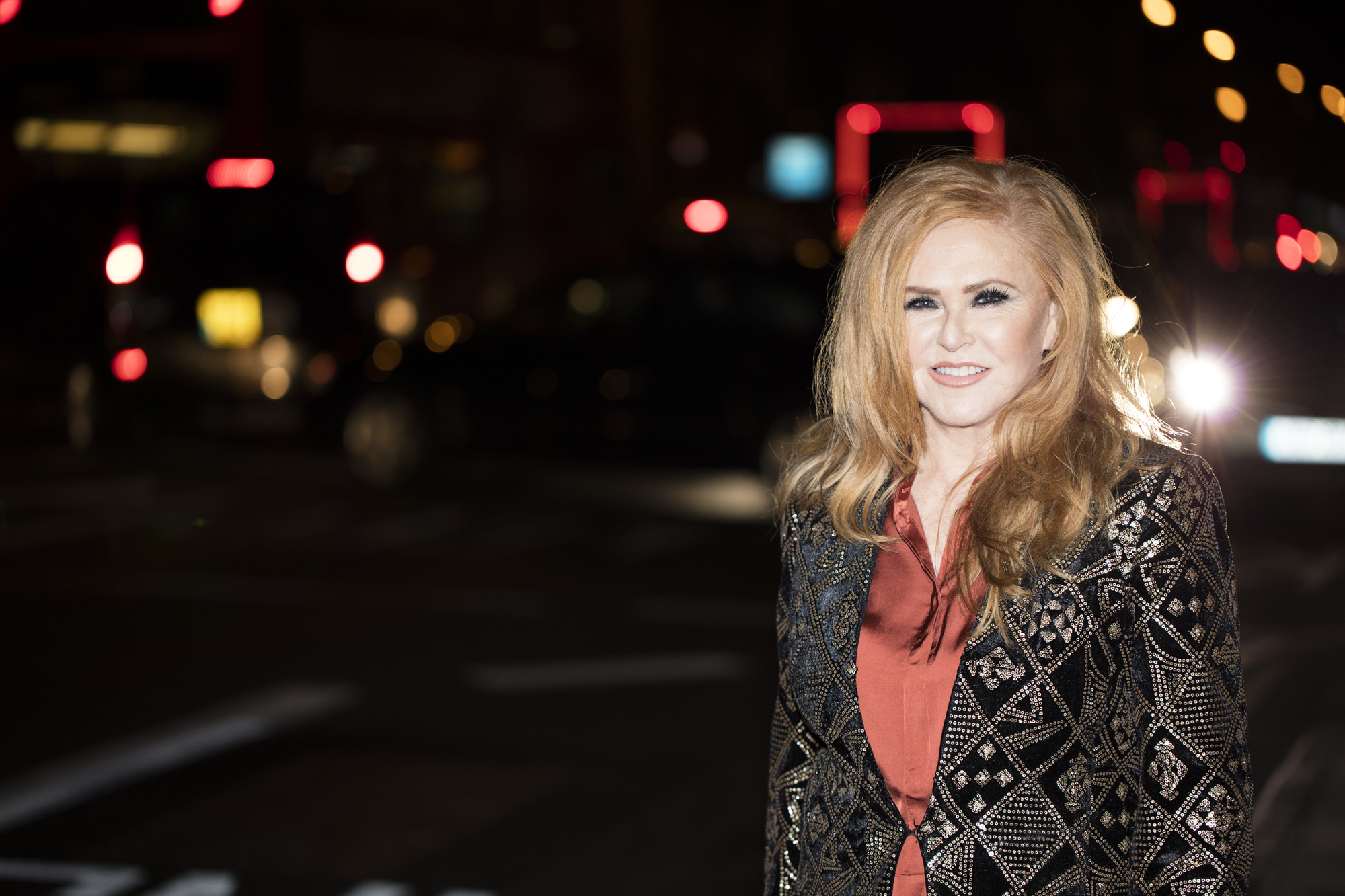 Decker was at a ripe age for partying and travelling the world when she found success.

“I was in my twenties during the 1980s and my band took off,” she says. “I was flying all over the world having a great time, so I can only speak from that perspective. So many big things happened during that era, especially in film and leaps in music technology. Suddenly, you could make music from your bedroom.

“My ex-boyfriend Ronnie, who I formed T’Pau with, could buy keyboards with sequencers in them and home recording equipment and just crack on. It reminds me of a pal of mine, Andy Fletcher, from Depeche Mode - who sadly passed away a couple of weeks ago. Computer-based music meant that you didn’t have to be a virtuoso on instruments. You didn’t have to be Eric Clapton on the guitar or a fantastic pianist. You could just find the right notes until it sounded pretty. Then the song was born.”

Decker remains enthusiastic about the period.

“It was a very creative, productive, exciting decade,” she continues. “Everyone likes to go back there. Plus, we were the soundtrack to a lot of people’s youth. Our fans are in their fifties now. There are so many different niches of gigs and festivals, and they want to come and see their favourites from the ‘80s when they were kids. My kids like a lot of ‘80s stuff. Trust me, I do not twist their arm! My daughter was 24 last week and knows all the words to so many songs from that era.

“My son, who’s 19, adores ‘What Is Love’ by Haddaway. Just loves it. They’ve got their own taste in music, but there’s a lot of great melodies in ‘80s songs. The keyboard has specific, catchy riffs. Every instrument had to really earn its place on the track. It couldn’t just be filler. An artist I think who encapsulates that brilliantly in this era is The Weeknd.

“He’s doing what a lot of people were doing back then. He’s got pop riffs you can latch onto easily. I’m probably showing my age, but I still go back to the original disco era. People like Sister Sledge and Chic who I was dancing to back in the ‘70s. We used to call ‘em discos, not clubs. It’s nice that it’s still influencing younger artists.”

Does Decker have any pre-show rituals?

“Just before I go on, I put my electric heated rollers in,” she explains. “Those are a big part of my ritual. It’s not a gig till the rollers are in and the hair’s starting to curl! I’ll usually have a hot tea with honey and start to warm my throat up. I’ve got a load of vocal warm-up exercises on my phone.

“I think about what I might want to say to people in between the songs, and the relevance of the day. I think about where I am and what might mean something to that crowd. Then I’m ready to rock ‘n’ roll, get my boots and leggings on and turn into Carol Decker. I’ll be giving them the big hits. I remember flying to Dublin years ago to collect an award sponsored by a massive dairy company. That was a great moment!”

Decker has plenty of happy recollections from those years; she’d make an excellent dinner party guest if you enjoy celebrity stories.

“I sang at a couple of Princess Trust concerts, so I got to chat to Diana a couple of times - she was really sweet,” she says. “That’s a very poignant memory. It was great to be up at that level in my career and performing for people like her. I bumped into Debbie Harry and nearly fainted at a radio station. I was just in the corridor and literally, my knees went weak because I was such a fan of hers. 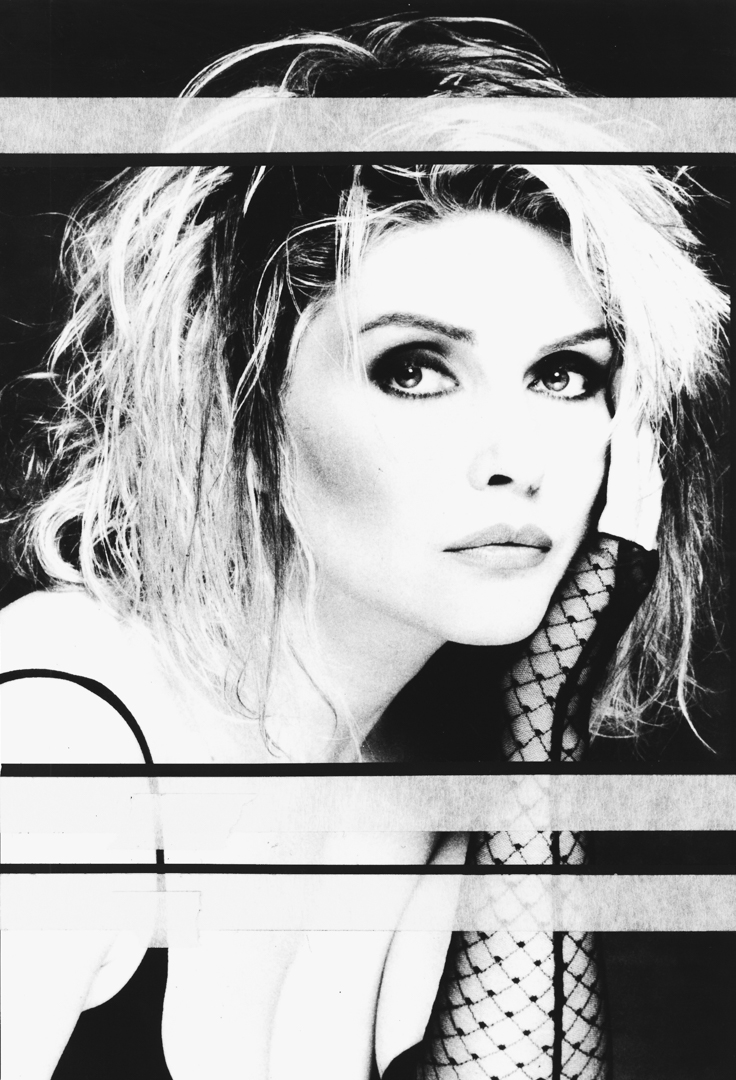 “I was doing another gala and George Harrison was there with Roger Daltrey and Eric Clapton. They were all leaning up against this balcony and I’d kept George at number two for four or five weeks with his song ‘Got My Mind Set On You’. We stopped him going number one, and he beckoned me over to say congratulations and well done! I was like ‘Oh my God, someone like a Beatle telling me that.’ Amazing. Funnily enough, I live in Henley-on-Thames and George’s house is in the middle of town. It’s right by the sixth form college here. His family still owns the house. It was nice that I ended up living a quarter-of-a-mile from his front-door.

“It was absolutely incredible. When you are very successful, it’s a whirlwind. It’s not till later that you can reflect on how lucky you were. Not many people get to do what I do, meet who I met, go where I go, you know? When you’re older and wiser, you realise you were taking that fucking fantastic time for granted.”

Read the full Forever Young special in the latest issue of Hot Press: