Bono opens up about discovering his half-brother in 2000: "I’m at peace with it"
Credit: John Hewson

Implications of Bono's news of a half-brother stretch from Irish cultural attitudes to the Roe v. Wade devastation in America.

U2 frontman Bono has revealed in a candid radio interview that he has a half-brother. The child was conceived while the musician's own mother and father were still very much married. However, Bono says he has made peace with it and "loves and adores" his new found sibling.

As he had discussed in previous interviews with Hot Press, the now 62-year-old singer's relationship with his father deteriorated after the death of his mother - a situation that translated into anger management concerns for the singer as a young man.

While the U2 singer found out about his brother in 2000 when he was an adult, he's since grown into the relationship. He made the information public for the first time, in a ccandid interview with Lauren Laverne on BBC Radio's Desert Island Discs.

Bono described the discovery, and – in the run-up to the publication of his memoir, Surrender – explained how he finally resolved his difficult relationship with his late father, a postal worker Brendan “Bob” Hewson.

“My father was going through a lot,” the Dublin native recalled. "His head was elsewhere because his heart was elsewhere. I could tell my father had a deep friendship with this gorgeous woman who was part of the family and then they had a child which was all kept a secret. Nobody knew.”

When he found out the truth, Bono challenged his father about the Hewson's family life.

“I asked him, ‘did he love my mother?’," Bono recounted. "He said, ‘Yes’. And so I asked him ‘how could this happen?’ and he said, ‘it can’, and that he was trying to put it right, trying to do the right thing. He wasn’t apologising, he was just stating these are the facts.”

The remarkable revelations left Bono with lingering regrets about his behaviour towards his late father during his teenage years. 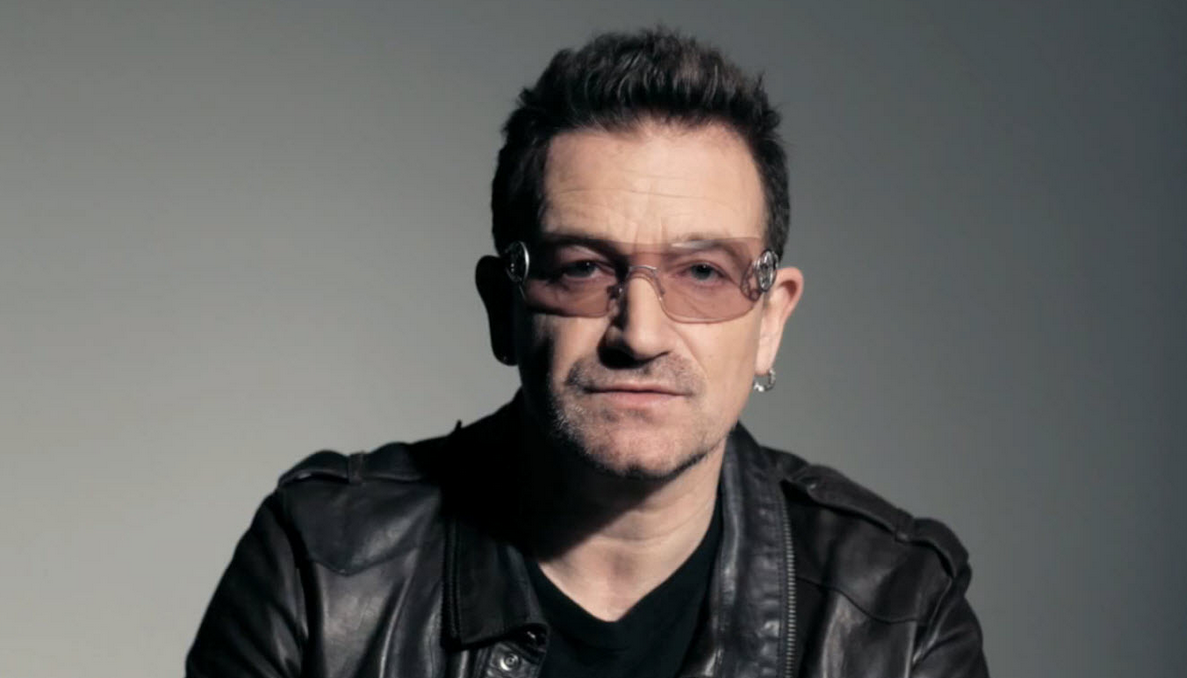 “I am sure I was hard to deal with. He was coping with other stuff in his life. He was very droll and very funny. But it got rough. I feel like I wasn’t there for him,” he told Laverne, before recounting the formal apology he later made to his deceased father, privately, at a chapel in France.

“There was nobody there, I lit a candle and I got on my knees and I just said, ‘look I’m sorry I wasn’t there for you, you went through a lot and please forgive me’ and I felt free.”

Inevitably, revelations of this kind from a star of Bono's stature will help to reduce the stigma surrounding children who resulted from so called "unwed partnerships" – which would have been shunned in an Ireland that was dominated by the shame-driven ethos of the Roman Catholic Church.

“This whole drama of people suddenly announcing themselves into our lives, as if out of nowhere, is generally seen as something that affects women,” Hot Press editor Niall Stokes says. “And, of course, it was women who experienced the incarceration in Mother and Baby homes and who had their children forcibly stolen from them. But the reality is that there was always a man involved too. Because of how twisted Ireland's entire attitude to sex and sexuality became, after the foundation of the State, and the dominant influence that was exerted by religion here, men were at least as ignorant about sex and procreation as women. Contraception wasn’t available. And so when young couples had sex, it was a kind of lottery.

“It's hardly surprising, then, that there’s a lot of people out there, who were given up for – or indeed taken for – adoption, who have been actively looking for their birth fathers, as well as their mothers. Many of these fathers never had the slightest inkling that the young women they made love with – or had sex with – became pregnant. They had no idea that somewhere out there was a son or a daughter. And so, when the knock on the door happens, it can be a totally life-changing experience.

“To discover that you have a half-brother – or even a full brother, as happened not infrequently, when a child was taken from a young couple who ended up staying together – is a similarly extraordinary experience. A number of friends have been through one version of this saga or another, and it really does ‘drag the past out into the light’ – as Bono has it in ‘One’ – in a very different way, forcing us to re-evaluate what we thought we knew afresh," Stokes continues.

"These new relationships don’t always work out, but a lot of the time they do, in a way that offers real hope about us all as human beings. Which is why it is brilliant to see Bono now talking openly about the brother he didn’t know about for so long.

"The hope has to be," he adds, "that this is a generational experience relating to a time when sex and desire couldn’t be acknowledged or spoken about here in Ireland – and that we have collectively unburdened ourselves of the shackles of oppression and shame sufficiently to guard against any repetition, ever, of the dreadful injustices that were imposed on so many Irish children, as well as their mothers – and sometimes their fathers. Certainly, any idea that you have to be married to have children has long been totally discredited as the nonsense it always was."

Of course, we're also seeing some new shockwaves, in terms of those hard-fought for rights being eroded, in different places across the world.

“When you look at what is happening in the United States right now," Niall Stokes adds, "and the extent to which women’s rights and freedoms are being viciously attacked by religious vested interests, the truth is that there are no guarantees. So let’s celebrate the beauty of this moment in Ireland. Acknowledge the importance of being open to lost family. And determine never to become complacent, even for a second, in our approach to keeping the sinister hand of judgemental religions at bay."