Self Esteem: "This is where it starts – the fact that this space isn’t even slightly for women"
Credit: Olivia Richardson

As her recently released second album, Prioritise Pleasure, is hailed as one of the most groundbreaking pop records of the year, Self Esteem discusses learning to embrace her vision, fighting back against inequality and misogyny, and building a community through her music...

“I got my period when it came out – and I’m about to get my period again. That’s how I know it’s been in a month.”

Rebecca Lucy Taylor, better known to ever-growing legions of devotees as Self Esteem, is reflecting on the release of her second album, Prioritise Pleasure, with exactly the kind of unapologetic honesty and humour we’ve come to expect from the Sheffield star.

For over a decade, Rebecca appeared to be living the dream of countless artists – with five well-received albums and major international tours under her belt, as one half of indie duo Slow Club. But it was a world she was feeling increasingly disconnected from. Behind the scenes, she was quietly plotting a bold new solo vision of her own, while simultaneously attempting to fight off her deep-set insecurities.

After splitting away from Slow Club, that vision eventually found life as Self Esteem, a dazzlingly defiant pop project through which Rebecca has explored sexuality, misogyny, vulnerabilities, frustrations and personal relationships with little or no inhibitions.

Following her 2019 debut album, Compliments Please, Self Esteem’s second LP was released in October, two days after she was crowned BBC Music Introducing Artist Of The Year – an honour that’s previously gone to the likes of Arlo Parks, Celeste, Tom Grennan and Declan McKenna.

For Rebecca, the phenomenal response to the album has been a validation that was a long time coming...

“It’s a real weird mix between relief and also – yeah, I knew I was great!” she laughs. “I’ve just been waiting for everyone else to realise! So it’s this weird, angry happiness.

“But also, I’m still struggling with the idea,” she adds. “I’m not the most dextrous musician, and I sometimes think I have shame about that. It’s really fun, to be sort of proving myself right now – but I don’t think I’ll ever fully believe in myself. Never the full whammy…”

Of course, her fans will beg to differ. Her recent tour in support of the album included a lauded headline show at The Workman’s Club in Dublin in November – her first gig on these shores since playing The Sound House in 2019: “We played a really little show, and didn’t sell many tickets,” she grins. “So it was nice to return to a full room of people.” 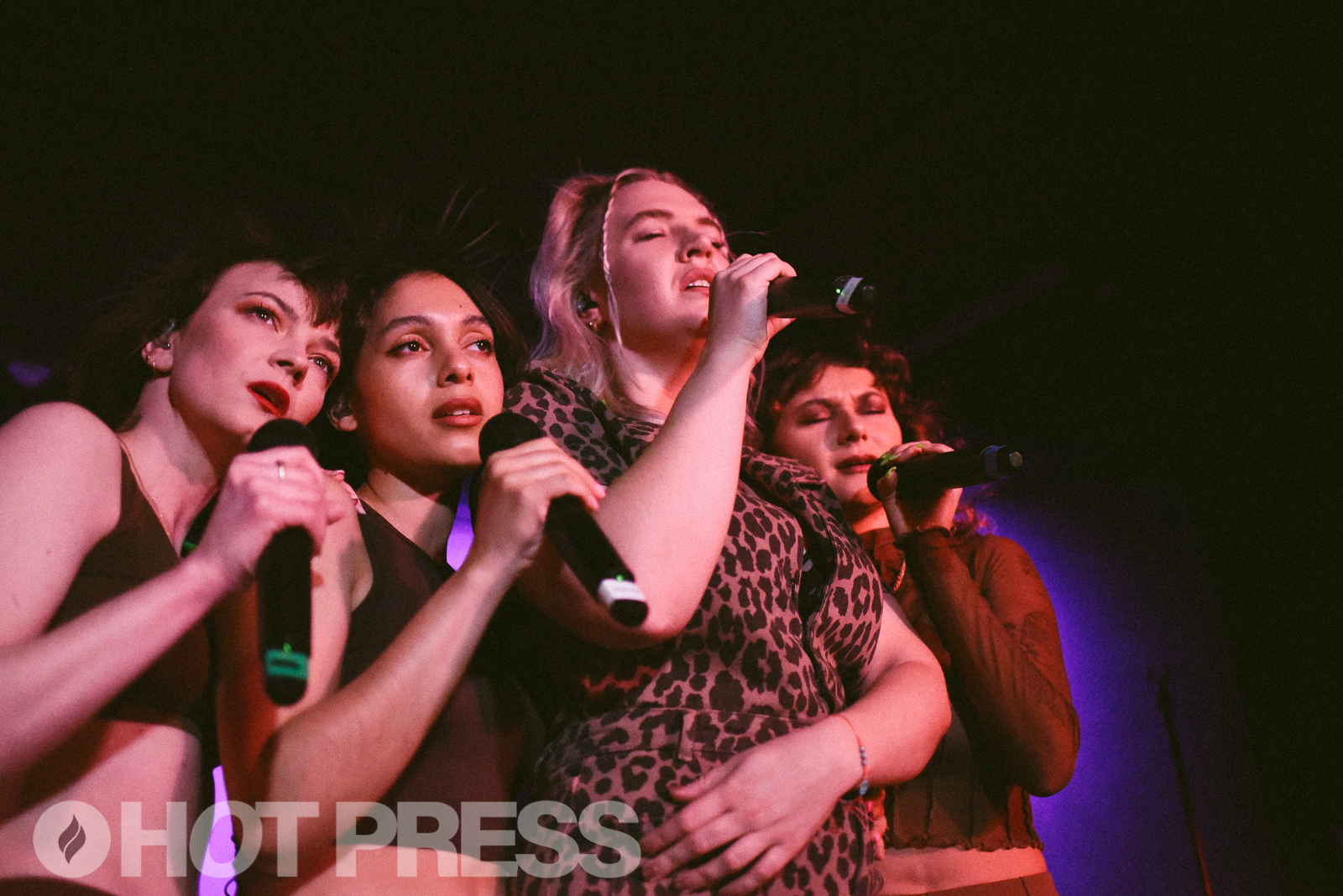 2019 also found Self Esteem touring with Florence and the Machine, who Rebecca says has been “an amazing champion” of her work from the start.

“She’s the G.O.A.T., for me,” she resumes. “A real textbook way to fucking do it. It was really helpful, because I think Florence came up through the same shit I did. Hopefully I’m going to do some more with her”

Another early champion was Jamie T, who she reached out to when first finding her voice as Self Esteem.

“That’s kind of what gave me the confidence to do it,” Rebecca confirms. “I’m a really big Jamie T fan, and he’s still one of my favourite artists. So I was like, ‘Well if you think it’s good, then it must be’. But that’s annoying – because again, it’s me waiting for a man to tell me that.

“But he was great,” she continues. “And we wrote some songs together. Just doing anything solo was so exciting. And so terrifying.”

In fact, looking back now, she describes rediscovering herself as Self Esteem – and leaving the world of Slow Club behind her – as “the best decision” she’s made.

“I was living a life that was pretty difficult,” she reveals. “Making changes, and prioritising me, and my vision, has changed my life. Regardless of whether it turned out to be successful or not, just being able to create purely by myself has really solved a lot of my mental health problems.”

Prioritise Pleasure finds her embracing her artistry with more fearlessness than ever.

“There’s a big dollop of self-assurance that wasn’t there before,” she says. “I’d been living life like, ‘What’s fucking wrong with me?’ Whenever I’ve struggled, I’ve been like, ‘Well, it must be me…’ That’s been ingrained in me. I’m horribly self-aware, and too grounded, in a way that’s kind of a problem. But I’d also rather be like this. The most powerful thing you can do is know why you feel something, and feel it – rather than trying to stop feeling it, or stiff-upper-lip it.

“On the first album I’m so frustrated, but on this one I’m a bit more contemplative. It’s all starting to fall into place a little bit more for me – and you can hear that.” 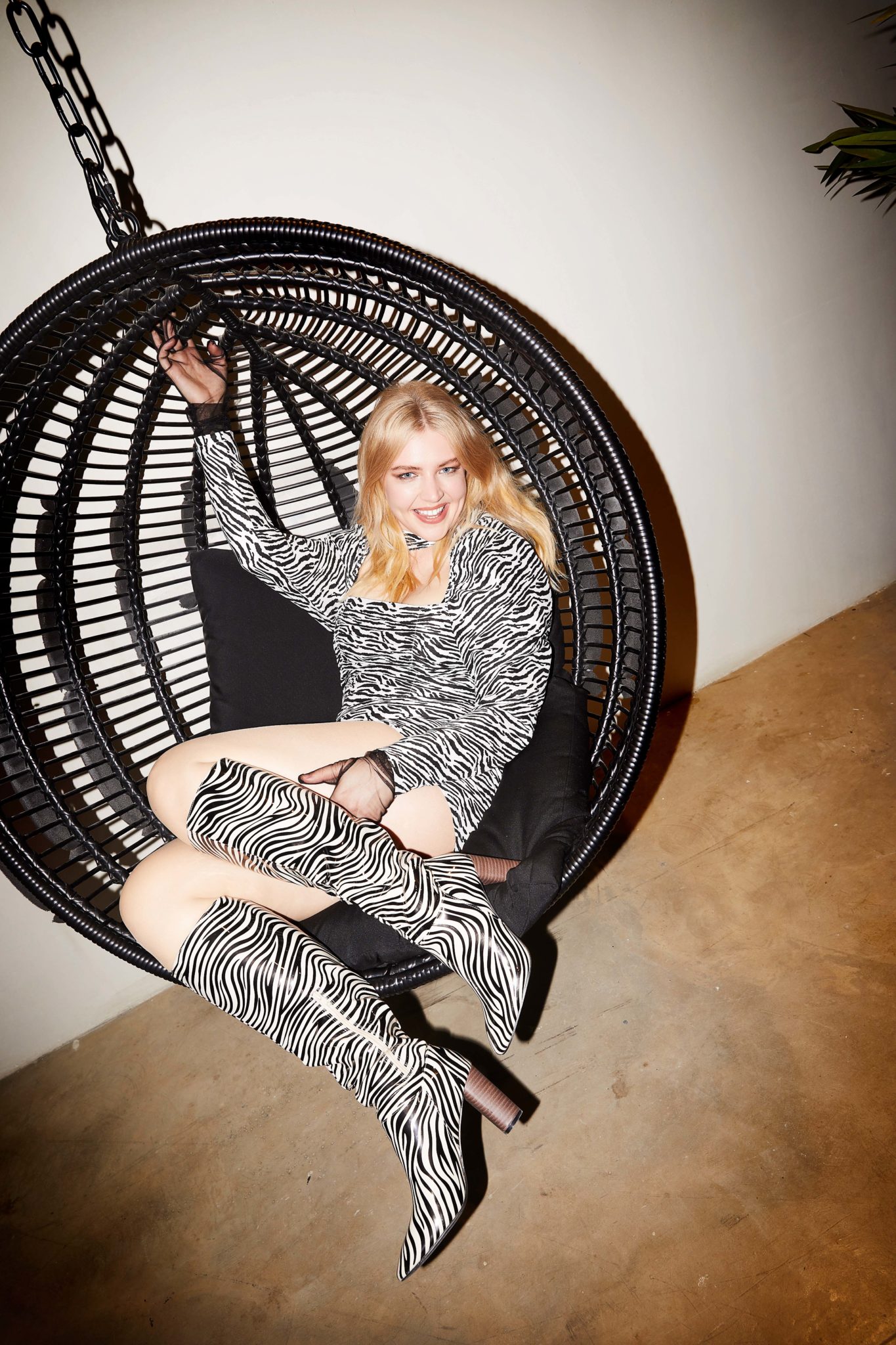 At times, Prioritise Pleasure can feel like a call to action – and if her live shows are anything to go by, fans responding with fervour. Although she didn’t initially set out to create this movement around her, the issues Self Esteem addresses through her music arise from very real, urgent concerns.

“The penny’s just fucking dropped for me,” she remarks. “I’ve realised that so much of my shit has been because I live my life terrified of men everyday. That’s something we’ve underestimated. I was fed this lie, that things are equal now, and I’m just being difficult. Whereas now I realise that for most of my teens and my 20s, the things I was made to feel bad about, they’re part of a bigger problem. It’s because of this fucking inequality that’s still completely there.

“We’re taught to just get on with it, and shut up,” she adds. “And that’s what some of my generation has absolutely done. People ten years younger than me probably won’t respond to this, because they’re like, ‘Yeah, duh!’ But I’m 35 – I’ve been alive a long time now. I’m a progressive queer woman who’s done all these things, but there’s still this wiring in me that’s old-fashioned.”

Although she hopes attitudes are changing around these issues, she reckons that inequality and misogyny remain “big and very ingrained” problems.

“I can’t tell you how many interviews I’ve done – and it’s always been male interviewers – where they’ve been like, ‘Good timing, isn’t it, that your album came out in the wake of Sarah Everard?’ And I just want to fucking throw my phone out the window. A massive part of the population still cannot compute what it’s like. It’s the same with people being so fucking racist – it’s just this fundamental inability to have empathy that’s the problem. I calm myself by being like, ‘At least this motherfucker is aware of Sarah Everard. At least the conversation is starting.’ It’s awful, but we’ll go from there.”

She’s equally keen to point out the barriers facing women in the music industry.

“I fucking went on a bit of a rant, at the start of this tour,” she tells me. “We’re playing these tiny venues still, and there’s no mirror in the dressing room, or there’s no dressing room. And promoters will just come in and fucking stand there while we’re getting changed. This is where it starts – the fact that this space isn’t even slightly for women. That’s why I barely know a single woman in music who hasn’t had a sexual assault. It’s at the start – the tiny things, that you don’t think are a thing, inform the bigger things.”

While Self Esteem is grounded firmly in audacious pop, there’s also a punk ethos that touches every aspect of the project.

“I’m punk!” she laughs. “I’ve been in bands since I was 18, not playing punk necessarily, but there is a punk ethos to everything I do – which is, ‘Just fucking get up there and do it.’ I also think women are inherently punk – because we have to be. You have to be so much braver than men. And that’s punk!”

Kanye West is another inspiration when it comes to making non-conformist music.

“He does all this stuff that makes it very difficult to stand by, and carry on being a fan of, but still, just sonically – every song he makes is a movie,” she notes. “I’ve always really responded to that. It’s art, and it isn’t conformist, but the roots of it are in traditionally exciting sounds. So it’s flipping what works.” 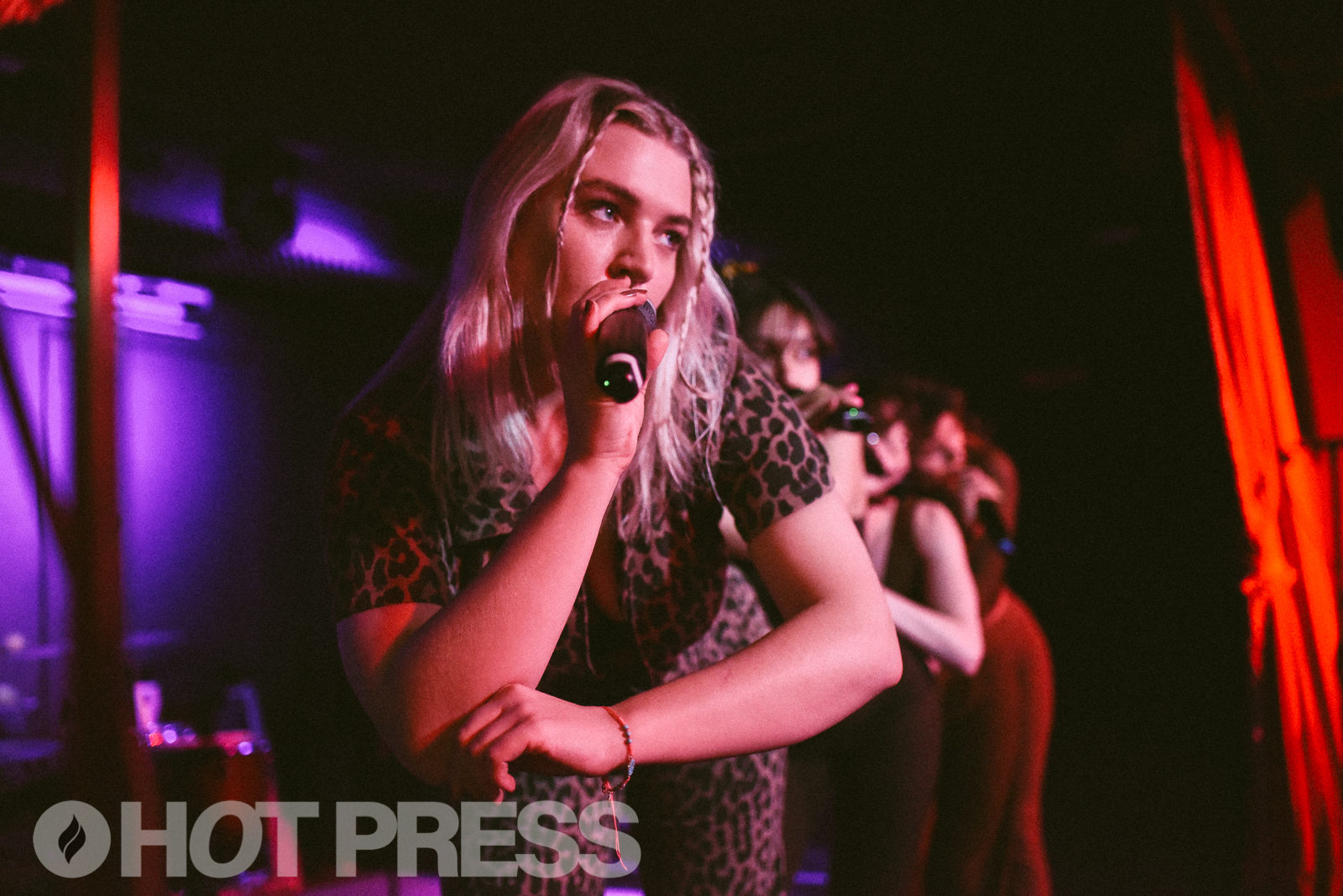 As anyone who’s been to a Self Esteem gig will tell you, the live aspect also brings a whole new element to the project, with shows famed for creating an intense feeling of community.

“I definitely didn’t set out for it to feel like church,” she laughs. “But it’s starting to! Maybe the cult is about to happen…”

So what does she reckon people are connecting so powerfully with?

“People are sick of bullshit,” she reflects. “We’ve been so programmed to just get on with stuff. And there’s a wider subject matter, of not really fitting in, and struggling to be normal. Not having a family, or a husband, or whatever. That’s something that a lot of people are connecting to, more than I realised they would.

“Life, if you’re lucky, is really long. Loads of stuff will happen. And I kept getting very fucking defeated by it. Now I refuse to. That’s a feeling that people can get on board with.”

• Prioritise Pleasure is out now.

Live Report: Self Esteem puts on empowering performance at The Workman's Club
The Academy apologises to actress Sacheen Littlefeather 50 years after Oscars speech
The Year Of Living Dangerously: "Is there any sensible way back from the brink?"