Queer Clubs Are Supposed To Be Safe Spaces - Even For Politicians
Image credit: Poof Doof/Facebook.

Is the general public automatically entitled to see pictures covertly taken of our politicians? Or is it just that tabloid culture and social media have convinced us that there is nothing wrong with snooping maliciously on others? Answer: we should be concentrating on the real political issues...

A certain video circulating online - and trending on Twitter - has caused predictable debate around whether politicians are entitled to privacy. But the focus of the conversation has been pulled in absurd directions, skewing the bigger picture. As per usual with the bird app.

First of all, queer spaces are supposed to be safe. That’s the whole point of their origin - it’s a place to forget about the outside world in all its judgemental forms, homophobia be damned. Unless behaviour in LGBTQ clubs enters the realm of physical, verbal or sexual harassment or violence - it’s nobody’s right to observe what people do in there. They are, at their core, meant to be places of fun and freedom and many of us, no matter what our sexual orientation, feel at home there as a result.

There’s a reason why many clubs in Europe, like Berlin, ban photography and flash. It’s not just because of any potential activity relating to drugs – it’s often to allow people to let go of their inhibitions and bask in the music with euphoria, without having to keep glancing over their shoulders. Queer people face enough potential difficulty being themselves in public without being filmed in private.

In the same spirit, whether a politician has an arrangement of one kind or another with their partner is none of our business. Whether they are in an open partnership, or an ethically non-monogamous relationship, is none of our business either. It is no secret, historically, that queer relationships and heterosexual relationships have often had different maps, different “rules” or boundaries, different cultures. The assumptions made around “cheating” and the interpersonal expectations or guiding principles within someone’s long-term relationships, again, are not something the public is automatically entitled to know about - nor, indeed, should we care very much.

Their politics are what we should be focusing on.

There is a common view – which I happen to share – that the leaders of the main political parties have contributed enormously to the health and housing crisis over the past many years. Why would we care about a consensual kiss – illicit or otherwise – when there are 11,300 homeless people on our streets, with over 3,000 of them children – and Government politicians have conspicuously failed to remedy this.

As Catherine Murphy said in the Dáil: “We have the highest housing costs in the entire EU. In fact, housing costs here are an astonishing 88.5% higher than the EU average. We know from the latest Daft.ie report that the average rent across the country is nearly €1,700 per month and a staggering €2,300 in Dublin." 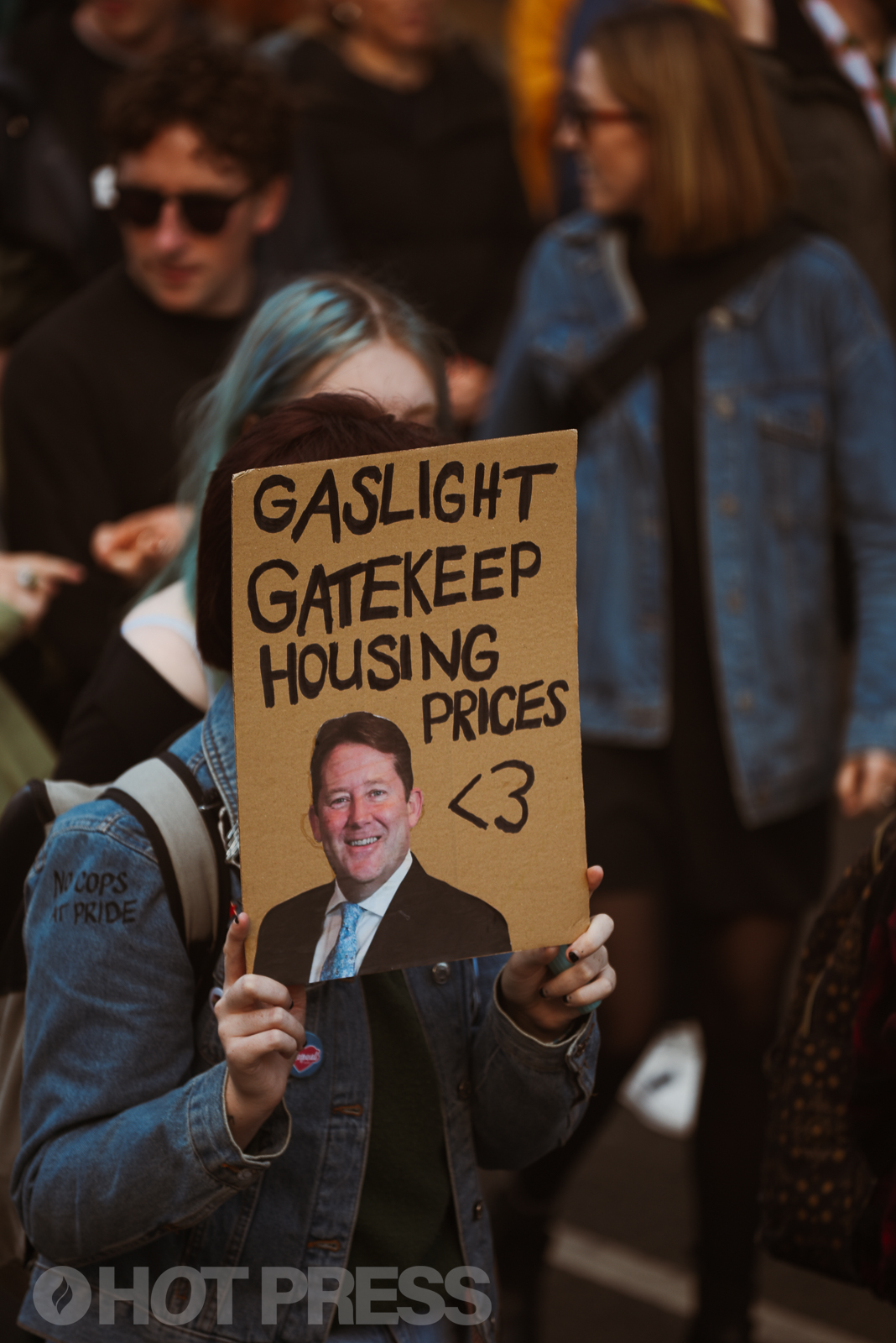 What politicians were in office during the CervicalCheck scandal – when it emerged in 2018 that 221 women were not informed that they were given incorrect smear test results, before later being diagnosed with cancer. What politicians promised that no woman involved would have to fight through the courts for the compensation they needed and deserved? The 221 are stuck in the courts to this day. These are the issues that matter. Kisses in a nightclub club are not.

Beyond the initial debate about the ethics of delving into a public figure’s personal life – and whatever your belief on that matter is – the practice of filming someone without their knowledge and blasting it on every social platform, without any context as to the background of the clip nor the people in it (the main subject excluded), should be seen for what it is: deeply invasive, prurient and bordering on politically motivated surveillance. The person who is not the politician in this video could be a partner of his, but also, he may not be “out” yet. Aside from the horrible fear that person may have felt when they opened TikTok or Twitter the next day, how might his friends and family feel? The horribly seedy, almost gleeful, homophobic tone on Twitter said it all. “What if this was Micheal Martin in a club with a woman half his age?” some geniuses offered.

This is not Matt Hancock kissing one of his political advisers at a time when that was completely against the Covid rules he had been directly involved in imposing. Nor is it anything remotely akin to Charlie Haughey in his long-term affair with Terry Keane, which clearly conflicted with policies in relation to contraception, and the right for women to control their own fertility, which Charlie was responsible for introducing and espousing. Besides which, it was Terry Keane herself who went on The Late Late Show to reveal that in fact she had been involved in a relationship with the sometime Fianna Fáil leader and Taoiseach for many years.

In contrast, in this instance, neither person involved had agency over the circulation of the video, nor the information being mass shared - presumably against their will. An LGBTQ club is not necessarily deemed a "public place" where a spotlight is on you, like Matt Hancock kissing his aide, Gina Coladangelo, on CCTV under bright lights.

What people do sexually, in their own time, is their own business as long as it does not openly conflict with political positions they have adopted, legislation they have supported or causes they have been advocated for.

So why would anyone want to turn a picture of two men kissing in a gay club into a bigger story than the cost of living, health or housing crises?

Which is more politically important: vapid gossip or people's right to have a roof over their heads? Right now, according to the most recent census, we have 166,000 vacant homes in Ireland and people are more interested in invading someone’s personal life than protesting about that.

We should be taking to the streets to make sure that the ban on evictions is extended way beyond April 2023, and that much more is done to prevent another wave of homelessness that will lead to misery, illness and death – and finally push our brittle society over the edge. That's what is important. Not whether a politician is seen kissing someone on a night out.