Putin: Portrait Of A Bloody Mass Murderer
The Hog

Sometimes, looking at an individual, it is hard to get our heads around the fact that he – or she – is capable of the most monstrous deeds imaginable. But there it is. Look at the man on the horse, Vladimir Putin, and weep for the endless suffering he has inflicted on his fellow human beings…

When pictures of Vladimir Putin posing topless on a horse appeared in 2009, everyone wondered what it was all about. There he is, looking ripped and getting ’em out for the lads. Well, fire away, whatever floats your boat.

It was a look, that’s true, but one that, in Ireland anyway, generally signals a very specific demographic: young and rowdy males on a very hot day in summer when there’s water nearby and drink to be had, preferably plenty of it.

If you saw him like that in or near any of our cities, you’d know your sat nav had failed. You’d check that you’d locked the car. You’d worry.

It wasn’t a once-off either. Vladimir was also snapped angling topless, swimming in icy waters and, for contrast, riding a horse replete in full steppe gear.

Back then he seemed very gung-ho for huntin’, shootin’ and fishin’, a hog for the great outdoors, the fresh air, clean water and raw fish.

But, unlike the raging white charger that North Korean hereditary dictator (Little) Kim Jong-Un was photoshopped on some time later, Putin’s horse looks like it’s merely going through the motions.

It’s not one you’d bet the house on at Cheltenham and certainly not what you’d expect to see bearing one of the Four Horsemen of the Apocalypse.

But that is what he seems intent on being now, as his hordes of darkness rain death and destruction on – and displace millions in – Ukraine.

Those now rather quaint photos were released in 2009 to project an image. They show the Russian dictator as he wanted to be seen, and perhaps as he saw himself: rugged, toned, at ease, alpha. A Hitler-sized Daniel Craig.

We know more now of his immersive Russianness, his fixations on the former glories of the old empire and the USSR, and his corrosive resentment at its dissolution.

So, does he know his Tolstoy? The Russian painter Ivan Kramskoi recalled that the latter was a fine horseman, and when riding was the handsomest man he had ever seen.

Is that it? That, for people in many parts of the world, riding a horse makes a man look handsome?

Almost a decade-and-a-half has elapsed. The apocalyptic furies unleashed on Chechnya in the 1990s have been further honed in Syria. Putin’s protégé, the execrable Donald Trump, came and went (we hope). Across many parts of the world, repression intensified. The far right bloomed. Then came Covid.

Putin watched. He has been top dog in Russia for all of twenty-three years. That’s a long time. One wonders what he thinks when he looks in the mirror today.

Perhaps he’s youthful for his age. He may well be as healthy as a trout and as ripped as he used to be but, other than his physician and the mirror, who knows?

But however fit and toned he is, he can’t enjoy the mountains anymore, and when he travels he needs his Praetorian Guard. Is there someone out there with a shooter, enough access, and a good aim?

He is an absolute monarch and it’s said that, like all such rulers, he’s paranoid and isolated. Can he even trust his food taster? Hopefully not.

When he meets people he sits three metres away from them. Why? Fear of germs or poison? Or just fear of making eye contact? Even with himself.

When he looks in the mirror, whose eyes look back?

Is it Vlad the Impaler, the notorious Wallachian ruler who killed and tortured tens of thousands, many by driving a wooden stake upwards through their bodies?

Perhaps he thinks he sees the eyes of Peter the Great. Of Ivan the Terrible. Of Catherine the Great even. They were all absolute Russian rulers, for whom war was a way of life and who thought nothing of eliminating anyone – or everyone – who got in their way.

Perhaps he was under-estimated all these years by politicians in the so-called West. Putin has enabled a massive programming and hacking culture in Russia. Some of the geeks are the very best in their field. They’re probably inveterate streamers and gamers which probably colours blokey conversations in his court.

So, has he entirely lost the plot, as some observers believe? Does he live in the real world or a VR mash-up, some apocalyptic gamer landscape? Has Game of Thrones crossed over from fantasy? Is he The Joker? Or Sauron, who rules the land of Mordor? Or in Vladimir’s case, the land of Mass Murder…

At what point might all of this have been forestalled? We can’t ever know. He is surrounded by a close coterie of oligarchs, global money launderers and yes-men, so it could be Don Corleone he sees reflected: Vladimir Putin as a St Petersburg gangster making offers they can’t refuse and blitzing Ukraine because they do.

And no one shouts stop.

Putin will be 70 years old this coming October. He is closer to the end than the beginning. Ripped, filled and botoxed or not, the mirror knows it and so does he.

So is this about legacy? About being remembered as the man who restored Russian glory? Who stands as the third of the triumvirate: Lenin, Stalin, Putin?

Or does he think of Nikita Khrushchev, known in Stalin’s time as The Butcher of the Ukraine. During the Hungarian revolt in 1956, as the de facto Soviet dictator, he sent 500,000 troops to Budapest, to suppress the uprising. Huge numbers were jailed, especially young men, and thousands were executed. At least 200,000 fled. 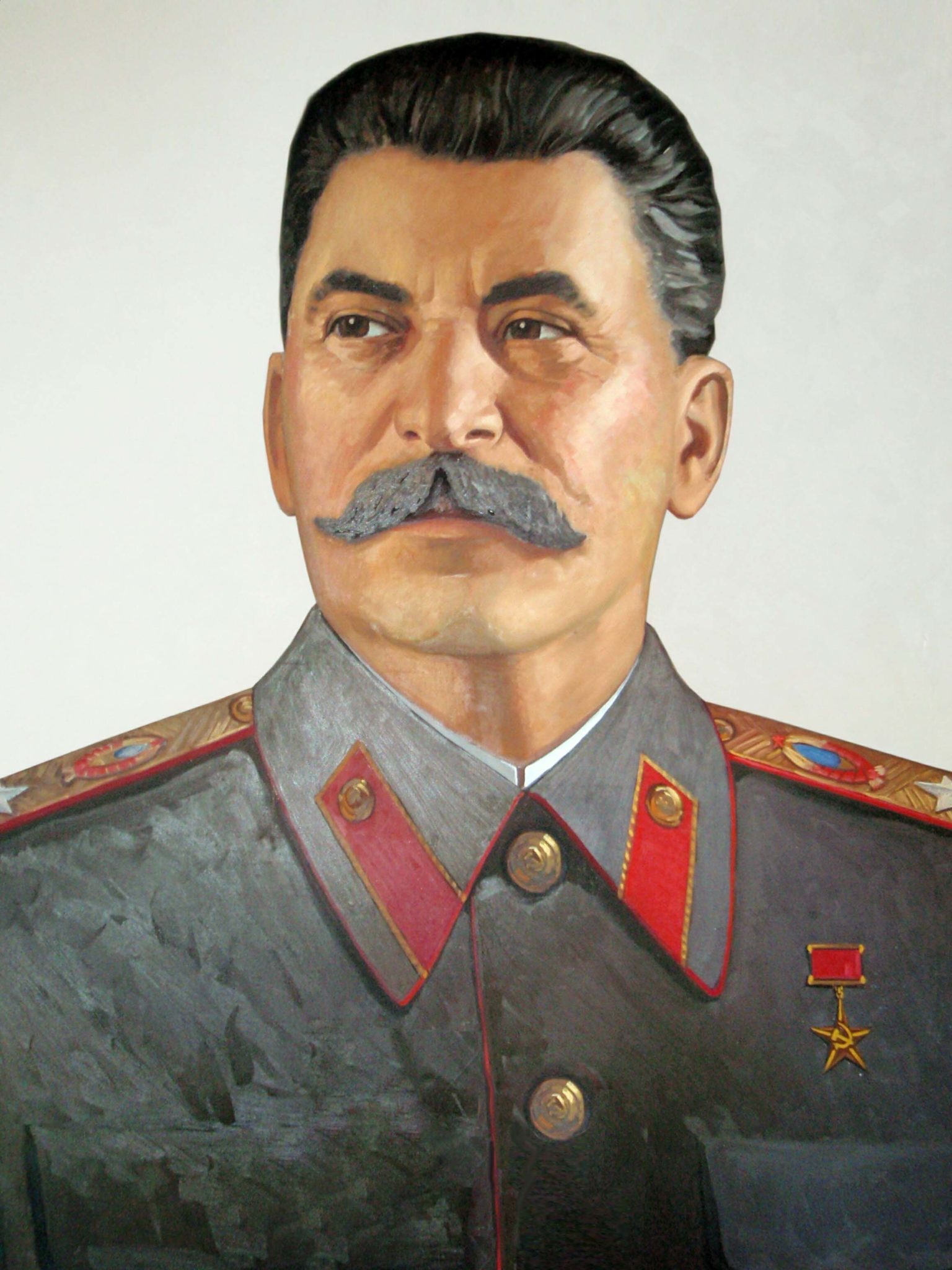 Maybe he wants to be remembered as a major Czar: Vladimir the Great, perhaps?

But the world, should it survive this particular splurge of unhinged, despotic, madness – and right now, nothing is guaranteed – will know him finally as Vlad the Invader, Vlad the Butcher. Vlad the Psycho. In schoolboy terms, he is a stinking bully, whose utterly corrosive attitude is: do it my way or die.

Vladimir Putin is a tyrant whose minions wander the world at will to poison émigré critics; a monster that can shower cluster bombs on defenceless civilians in Grozny, Aleppo and Kyiv alike; a demon of the dark, who can literally threaten to destroy humanity, and possibly all life on earth bar cockroaches, scorpions and rats if he doesn’t get his way.

And he blames his monstrous excesses on the very people he attacks.

There is no benign scenario in this. Appalling crimes have already been committed and many more will follow. Be prepared: there will be terrible suffering and grief before we emerge on the other side of this one-man-made catastrophe. If we do.

Putin probably thinks that – when the time comes – his memorial will have pride of place in Red Square. He dreams, perhaps, of a monumental statue of himself astride a horse, topless no doubt. Of a monument befitting an imperialist brute who butchered as many as Stalin.

But the horseman will pass. And the world will cast a cold eye.

The sooner the better.

Wilko Johnson: Rocking and Rolling and Without Regrets
Britain Faces A Nasty Post-Truss Hangover
The Message: "Surrender is a life story brilliantly told. It is by a fella called Bono, of whom you’ve probably heard..."

Elite Sport: In Praise Of Those Who Start On The Bench
Review: Immortality – "a fantastic dose of escapism"
Hot Press Mental Health Special – Aby Coulibaly & Monjola: "Music is everything to me. But mental health comes first"
Hot Press Mental Health Special - Michael Conlan: "I've seen so many people from my area suffer in silence"
There’s big problems in football that make singing ‘Celtic Symphony’ pale into insignificance
Eileen Flynn: "If the political will was there, this could be the Government that helps save Travellers’ lives"