Paul Nolan was on-hand as Athy heroes Picture This played a barnstorming first night in Dublin. There’s an astonishing four more to go!

This is the sort of homecoming that acts the world over generally only encounter in their daydreams – a sold-out five-night stand in the biggest arena in their home country. Over the course of their 3Arena ‘residency’, Picture This will be seen by in excess of 70,000 people. It is an extraordinary achievement by any standards.

Picture This vocalist, Ryan Hennessy, is clearly savouring the moment: as the wrap-around screen prises apart to reveal the band, the singer – clad in a nifty red suit – stands with his arm on the mic stand, legs crossed, taking in the crowd’s adulation.

That’s about the only moment of reflection the frontman allows himself, though – for the remainder of the night, he bounces up and down, throws shapes, reels around the stage and generally does everything in his power to win over the crowd.

As for stage banter, Hennessy doesn’t over-complicate it – like Mick Jagger, he settles for multiple variations on “Havin’ a good time?” (although he does mention that it was his birthday yesterday, and acknowledges these shows are the perfect way to celebrate).

The Athy group’s slick mix of singalong-friendly pop numbers (with echoes of Ed Sheeran and The Weeknd) and soaring power ballads are eagerly seized on by the young crowd, who are totally enamoured of their all-conquering heroes.

Notable highlights include the title track of their latest LP, MDRN LV, and the infectious funk-pop of ‘Life Of The Party’, which features some serious guitar-shredding from Hennessy – who describes the tune as “my favourite off the new album”. You sense from his fellow original Picture This member Jimmy Rainsford that he agrees...

Fists in the air anthem ‘Dance Away With You’, meanwhile, nearly takes the roof off the docklands venue. It is one of those nights when it all falls into place: for the band and for their audience.

The rise of Picture This is one of the most remarkable Irish music stories of the decade – and on tonight’s evidence, this is one pop juggernaut that’s still gathering pace. 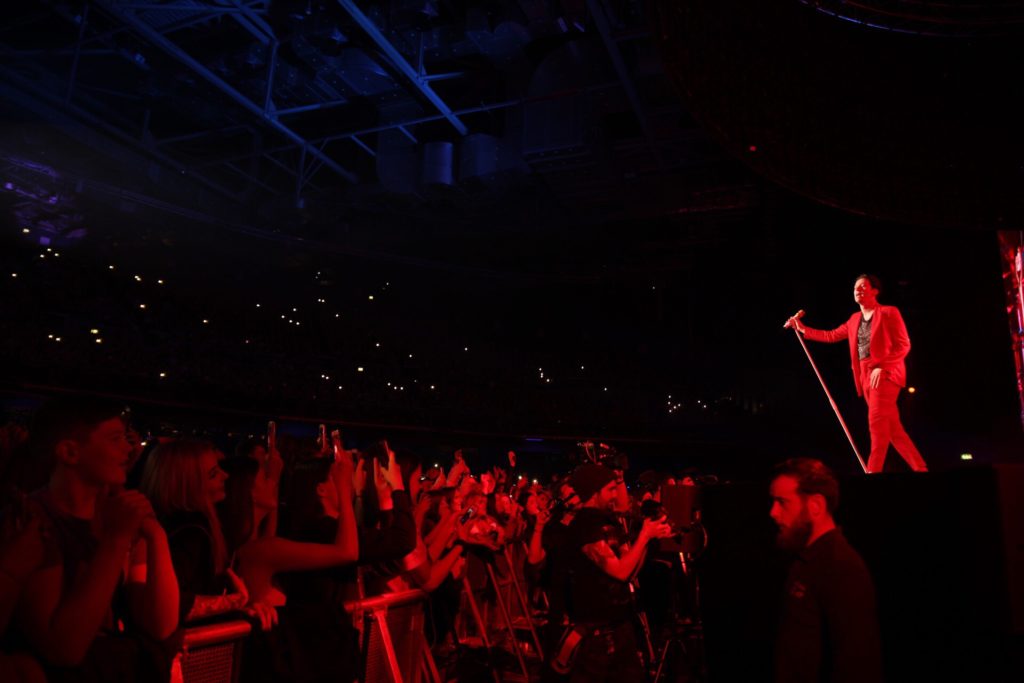