The word came through today that Paddy Moloney, the leader of The Chieftains – one of Ireland’s greatest ever groups – had died. Hot Press editor Niall Stokes pays tribute to one of the most important and influential musicians of the past 50 years.

Paddy Moloney was one of the outstanding figures in Irish music over the past 50 years. As the founder and leader of The Chieftains, he presided over the creation of an extraordinary body of work that was recognised all across the world for its remarkable power and often transcendent beauty.

The Chieftains were a truly great musical ensemble. As far back as 1962, Paddy gathered together a platoon of virtuoso players – and went on to achieve huge international success, successfully keeping the show on the road, with variations in personnel along the way, for well over 40 years. That was an extraordinary feat – and Paddy Moloney was the uniquely determined and brilliant mastermind behind it.

He was an outstanding uileann piper and a superb arranger. But he also saw the huge potential in the music, and went on to realise that more fully than could possibly have been imagined when The Chieftains started out.

Paddy was in love with the tradition – but he refused to be hidebound by it. The mini-orchestral sound he oversaw with The Chieftains presented Irish music in a new and very different light. Where The Bothy Band, who came through in the 1970s, were fiery and up-and-at-‘em in their approach, The Chieftains – picking up where Seán Ó Riada left off – had a more refined quality that brought Irish music closer to classical music.

But the group also had a tremendous sense of fun. You can see that in the way we approached putting them on the cover of Hot Press, which, from memory, required a bit of persuasion on our part – and an even bigger bit of acting on theirs! 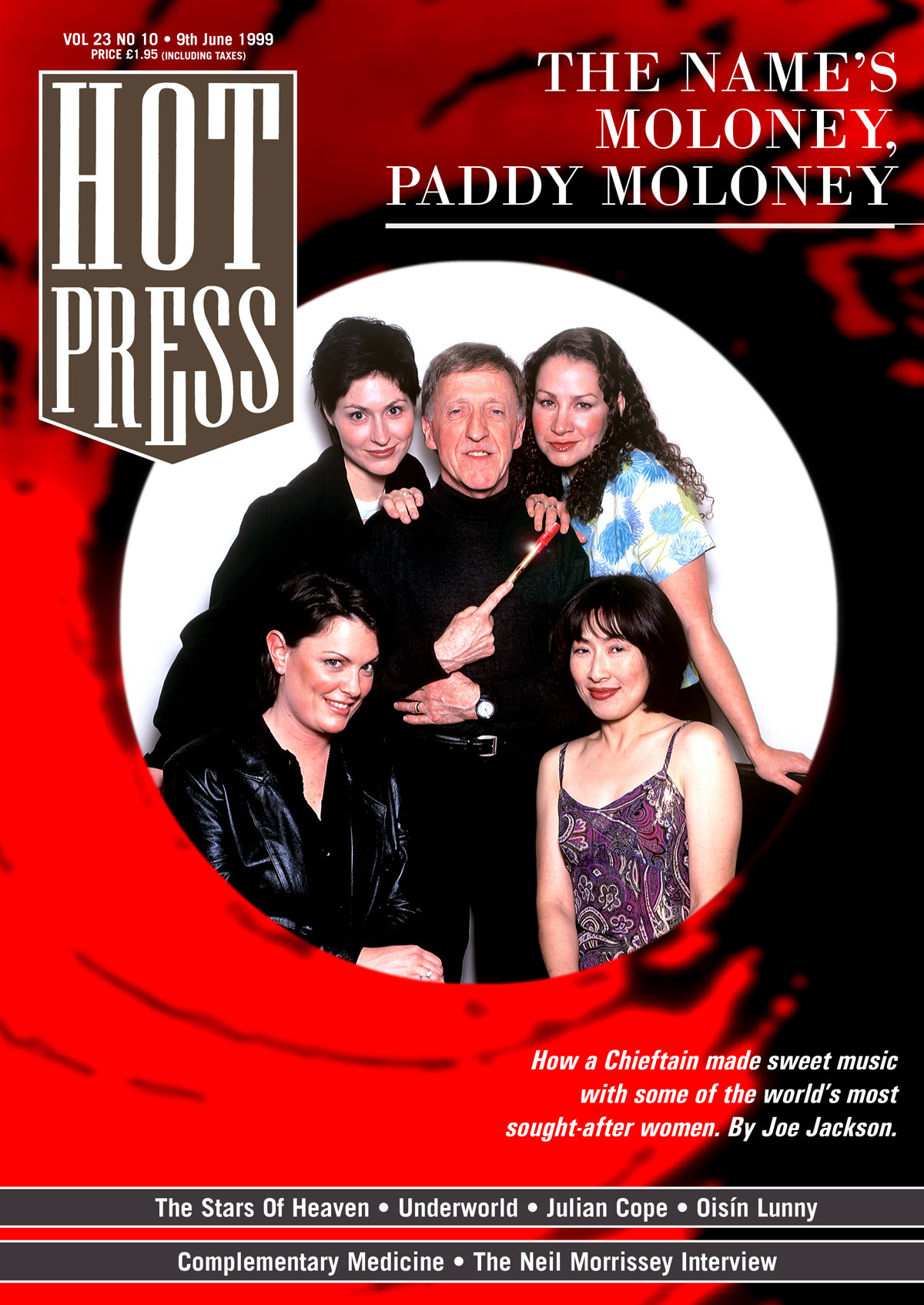 In truth, Paddy Moloney was always up for a challenge and he brought the rest of The Chieftains with him. They toured China successfully, and played a unique concert for the Chinese government at the Great Wall of China – the first so called Western group to do so. They were also the first ever group to play the Capitol building in Washington. That they were equally revered in both places is a reflection of the majestic quality of their marvellous and wonderfully memorable arrangements of Irish music.

Irish Heartbeat, the album they made with Van Morrison, is one of my all-time favourites. But that was just one among a huge range of collaborations they were involved in, including albums like The Long Black Veil, Santiago and Down The Old Plank Road, to which The Chieftains – under the baton of Paddy Moloney – always brought something very special.

Of course, Paddy had the gift of the gab. He was great fun to interview and loved regaling people about the illustrious company the band were keeping. But those fantastic musical adventures only happened because Paddy turned on the charm so effectively – and because the musicians and rock ’n’ roll stars he reached out to ultimately knew that, beyond the illusions of success it was a privilege for them to be asked to play with The Chieftains – rather than the other way around.

Hearing the news today, there is a feeling of great sadness. It really does feel like the end of what was an astonishingly productive and inspiring era. Paddy Moloney was a small man physically, but he was a musical giant. He gave so much to Irish music and led the way in popularising it all across the globe. Without him, nothing would have or could have been the same. We are all hugely in his debt.

The great Irish Chieftain, Paddy Moloney, originally of Donnycarney in Dublin, will be sadly missed. But, most assuredly, his music will live on.