McCann: Whose Northern Ireland Is It Anyway?
Eamonn McCann

Paisley’s? The Provos’? Stuart Bailie’s? Our columnist does a deep dive…

As Ian Paisley might have put it had he been civilised by learning Latin: “Caedite eos. Novit enim Dominus qui sunt eius?” But the Ballymena boor has never been known for that sort of quicksilver wit.

He did manage to generate a giggle with his recent rhodomontade against veteran republican Bobby Storey, who had just been accorded a flamboyant military funeral along the Falls. “Just a criminal,” honked the least favourite son of the preacher man.

I may have mentioned before that I constantly monitor Paisley to check for any sign of change. But no. He’s still a liar, thief, fraudster; a bully, a bigot, a racist. Not to mention a misogynist. But maybe it’s best not to add criminal. There are ordinary decent criminals out there who have suffered enough.

Paisley’s intervention underlined the impossibility of “normal” politics within the structures of the Northern State. Many who have no time at all for the Provos will have recoiled from taking a stance too close to a man of Paisley’s putrid morals.

When politics is constructed around conflicting senses of communal allegiance, the most strident cheerleaders for one side vis-à-vis the other are always likely to prevail.

To set out to solve the Northern problem by chivvying both sides to meet in the middle would be a flagrantly futile manoeuvre. This is the reason the Good Friday Agreement, 22 years after its ceremonial unveiling amidst the sound of trumpets blazing, has brought only a facsimile of peace-of-mind.

Politics slouches across a landscape defined by flags and embers.

None of which is to say that the North is a naturally uncongenial place. Almost invariably, people are better than the politics of wherever they’ve come from.

Which is the reason it’s right to stretch out a welcome to Stuart Bailie’s manifesto for a new North, Dig With It. The title comes from Seamus Heaney’s ‘Digging’. “My grandfather cut more turf in a day / Than any other man on Toner’s bog... The cold smell of potato mould, the squelch and slap / Of soggy peat, the curt cuts of an edge / Through living roots awaken in my head / But I’ve no spade to follow men like them / Between my finger and my thumb / The squat pen rests /I’ll dig with it.”

Seamus was from Bellaghy. He was a boarder a couple of years ahead of me when I was a dayboy at St. Columb’s. The Bellaghy sometimes came out in him. He was head prefect, once clattered me on the back of the head in the senior study. “Nobody gets any work done when you’re disrupting everything around you” – something like that, which he seemed to imagine was a bad thing. Years later, I almost forgave him, on account of him winning the Nobel Prize.

The living roots which wriggle in Stuart’s mind a generation and a half later are entirely different, except in this – that they draw sustenance from the same stratum of the Northern soul.

The first chunky-sized edition of ‘Dig With It’ features a backwards gaze at The Honest Ulsterman, a magazine celebrating liberation culture as refracted through the prism of Northern experience, which first appeared in the magic month of May 1968. Dig With It can reasonably be seen as direct descendant, re-emerging, naturally as it were, from the North you never knew existed.

Neither could the Wood Burning Savages from Derry, nor Vale (as in Woodvale, at the top of the Shankill), nor Malojian from Lurgan, nor half-a-dozen of the other bands referenced here which I confess I’d never heard of.

(There’s a 40-minute Vale set on YouTube which you should really check out.)

Plus striking, assertive illustrations by Sasha Samara Khairuddin, and by James Ashe, whose Red (and pink and orange and yellow and green and turquoise and indigo and violet) Hand of Ulster proclaiming “I Do”, was made to tear out neat and put in a frame.

Dig With It has been fashioned in what the Field Day crowd used to call “the Fifth Province.”

We can’t wish away the acrid past, and shouldn’t want to. But there’s here-and-now too, and it’s better.

On top of all of which, there’s an anecdote from Terri Hooley.

“There was a whole lot of us in the ’60s in McCann’s clothes shop in Smithfield, they had these old bus conductor overcoats and we all went down and got them and they were really warm. Because we didn’t actually drink in pubs, we used to drink bottles of wine in Lavery’s entry, and then my mate Tommy’s auntie saw us one night with all these bottles of wine, so she sewed big patches inside the overcoats where we could put our bottles of wine.”

I’m not sure that’s exactly true, but I’m choosing to believe it anyway.

The debut edition of Dig With It is out now. It could be collectible. 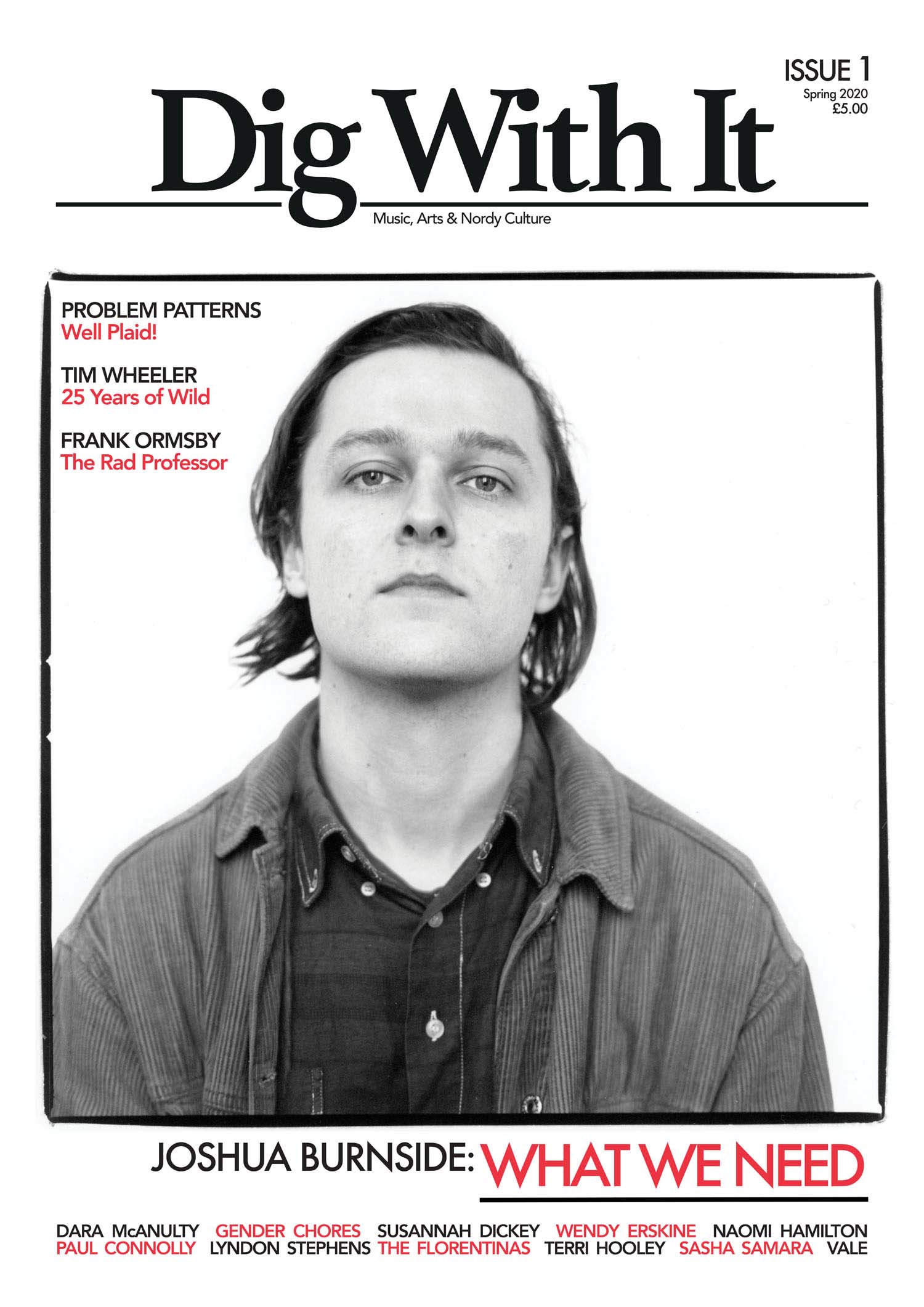