The rockstar of a new generation took the stage at Vicar St.

Teenage misfits and underdogs assembled at Dublin's Vicar St last night 'cause generation Z's emo king had arrived! Before Yungblud jumped on stage, however, they had to endure a painfully long intro during which the kids chanted his name – but not just his stage name. They shouted for "Dominic", the person behind the moniker. This small moment said a lot about the connection between Yungblud and his fans.

After 7 minutes, Dominic Harrison finally arrived on stage – and boy, oh boy did he arrive. The UK singer jumped around like a maniac and didn't take a break for the next five songs. I swear to god, this guy has an endless amount of energy in his body! I firmly believe that if I had jumped everytime Yungblud told the crowd to, I would have lost 4 or 5 pounds.

In all fairness, his first five songs were bangers which fed off of and deserved the energy he brought to the stage. Needless to say, the audience was right there with him. '21st Century Liability' and 'Parents' both had moshpit potential, but it wasn't until the third song, 'I Love You, Will You Marry Me,' that the first pit opened (and it wouldn't be the last one of the night).

Yungblud created a safe space for his fans – both figuratively and literally – where they could be "whoever they wanna be, look like they wanna look like and love whoever they wanna love." This kind of mutual acceptance and appreciation makes for a very special relationship between artist and audience. Yungblud sees his fans more like members of the same club – the Black Hearts Club, as he calls it – that fight against the misconception of a young generation and for diversity and equality. 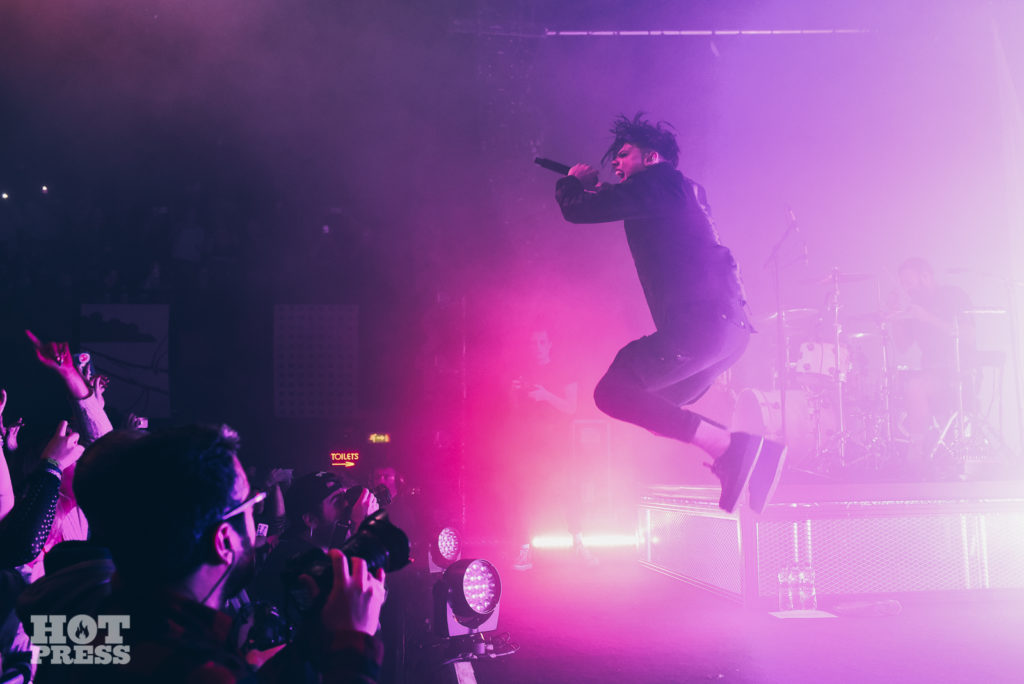 His lyrics seem extremely angsty (and they probably are) but they voice the frustration of a whole generation that isn't taken seriously. They reflect all the issues teenagers have to deal with in these shitty times. That includes politics, too, because teenagers aren't half as apolitical as older generations may believe.

"This next song goes out to Mr Boris fucking Johnson," Yungblud said to introduce the pop-punk-y 'King Charles.' The song references the tyrannical king from the 17th century who acted in his own interest and didn't care about the needs of the public. (See the similarities?)

In one song, he also addresses rape and sexual harassment. 'Polygraph Eyes' tells the story about a girl that is taken advantage of while being drunk. Again, it's an issue that's getting more and more talked about these days and sadly affects a lot of people. The song also allowed the singer to take a first break from his trampoline work-out, creating a more serious atmosphere.

The closeness to his fans is immensely important to Yungblud, and even though they can be a pretty frenetic bunch, he can't resist getting as close to them as possible. Halfway through the set, he disappeared from stage and got escorted into the middle of the crowd to perform 'Kill Somebody' alone with his electric guitar. It was an intense and intimate atmosphere and completely explained why Yungblud is seen as the voice of this misunderstood generation. 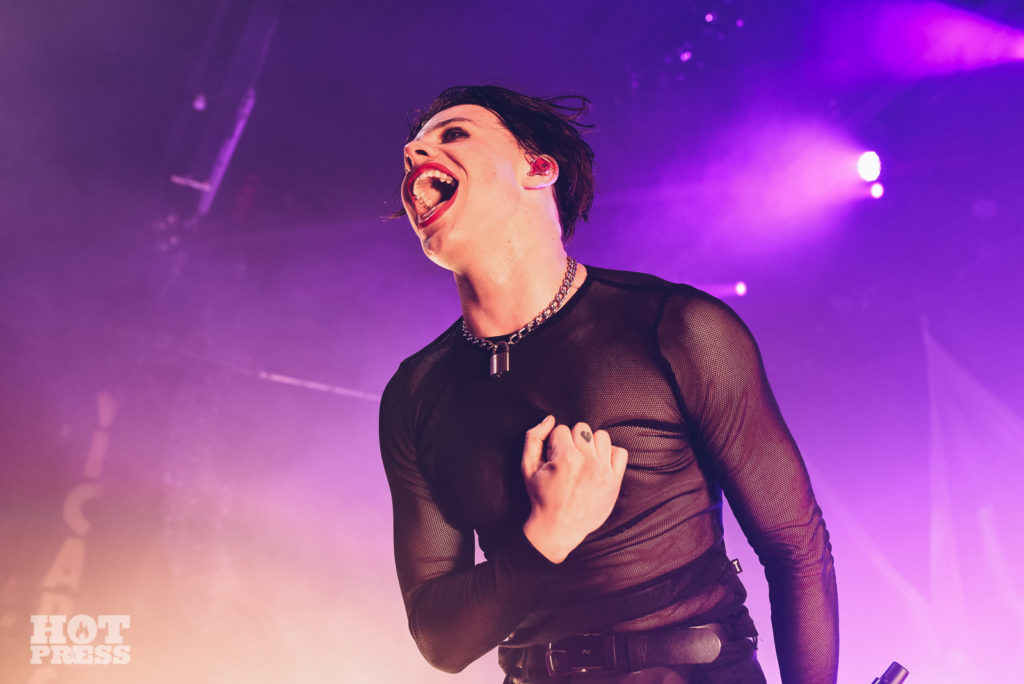 Back on stage, he played a set of slower songs that showcased his singing abilities (even Yungblud gets puffed at some point). 'Casual Sabotage' and 'Waiting on the Weekend' both made for some beautiful moments and sing-alongs.

Yungblud ended the show as he started it, though. After an incredibly energetic rendition of 'Hope for the Underrated Youth,' he and his (extremely talented) band played their last song, 'Machine Gun.' As you'd expect, everyone went crazy. While Yungblund started a 'Fuck Brexit' chant, the biggest moshpit of the night opened. Looking down from the balcony, it was a pretty impressive sight.

Last night showed that Yungblud embodies everything a discontent youth is looking for at the moment. He adopts some of the traits that made 2000s emo-punk so appealing to teenagers, but puts a an up-to-date twist on it. By wearing a skirt, not giving a shit about gender roles, kissing his guitarist and advocating gay rights, he represents what this younger generation is about: allowing everyone to be themselves. His lyrics may be rebellious and disturbing enough to offend your granny but it's all about love and being loved in the end. This is what a fucking rockstar looks (and should look) like in 2019! 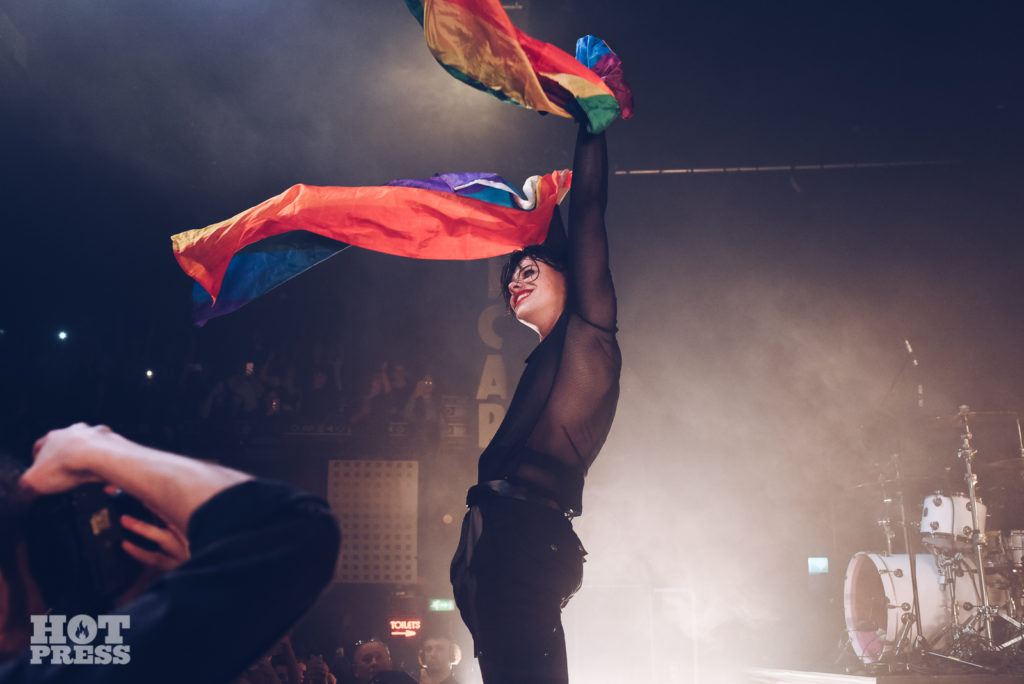