'The Tolü Makay Experience: A Night to be Reborn' was a truly magical night of music from one of Ireland's finest artists.

It's almost 11 months ago to the day that Tolü Makay announced her first ever headline show, 'The Tolü Makay Experience: A Night to be Reborn', for May this year.

At last on Friday night, after nearly six months delay and added dates due to demand, she took to the stage of the Grand Social. And what an experience it was. The Nigerian-born genre-bending singer songwriter has created a truly magical night of music for her three sold out dates (November 12th, 14th and 16th) at the Dublin venue.

Support on the Friday night came from the ethereal and lovely Emileo, a Dublin-based singer-songwriter-storyteller from Berlin. Singing in both English and Spanish and playing a mostly acoustic set with incredible skill on her small guitar; Emileo later switches things up with a backing track at the end for a bigger, dancier sound. She is surely one to watch.

It was time then for the main attraction. Her band and back-up singers, dressed in all white with sashes of green tied about their waist, head or arms, preceded Tolü's glorious entrance to the stage. She appeared walking like a bride up the aisle through the audience as a vision in white, accessorised with incredible green and silver jewellery, a veil and a towering headpiece. Makay then launched into the first two songs of the night, the gorgeous 'Hello Are You Awake', and one of her earliest singles - 'Reflection'.

The excitement of the crowd to be back at a live show was only outdone by Tolü's own delight at being back on stage. It was clear she'd been looking forward to this for a long time. "I had a dream in 2018, a vision:"Oh my god, I need a Tolu Makay Experience tour," she told us, "and here we are!"

Six songs in (including this year's single 'Used To Be' and a beautiful yet stirring track about climate change called 'Earth'), Tolü dipped off stage for a costume change. It was at that point that her extraordinarily talented backing singers stepped up and began a spine-tingling rendition of 'Blackbird' by Nina Simone, after which a small figure clad in black walked through the crowd and stepped up to the mic. This was none other than poet Felispeaks, who performed her piece from the recent short film They to a rising crescendo of music that quite honestly left one breathless in its energy and impact. As interludes for costume changes go, I never wanted it to end. 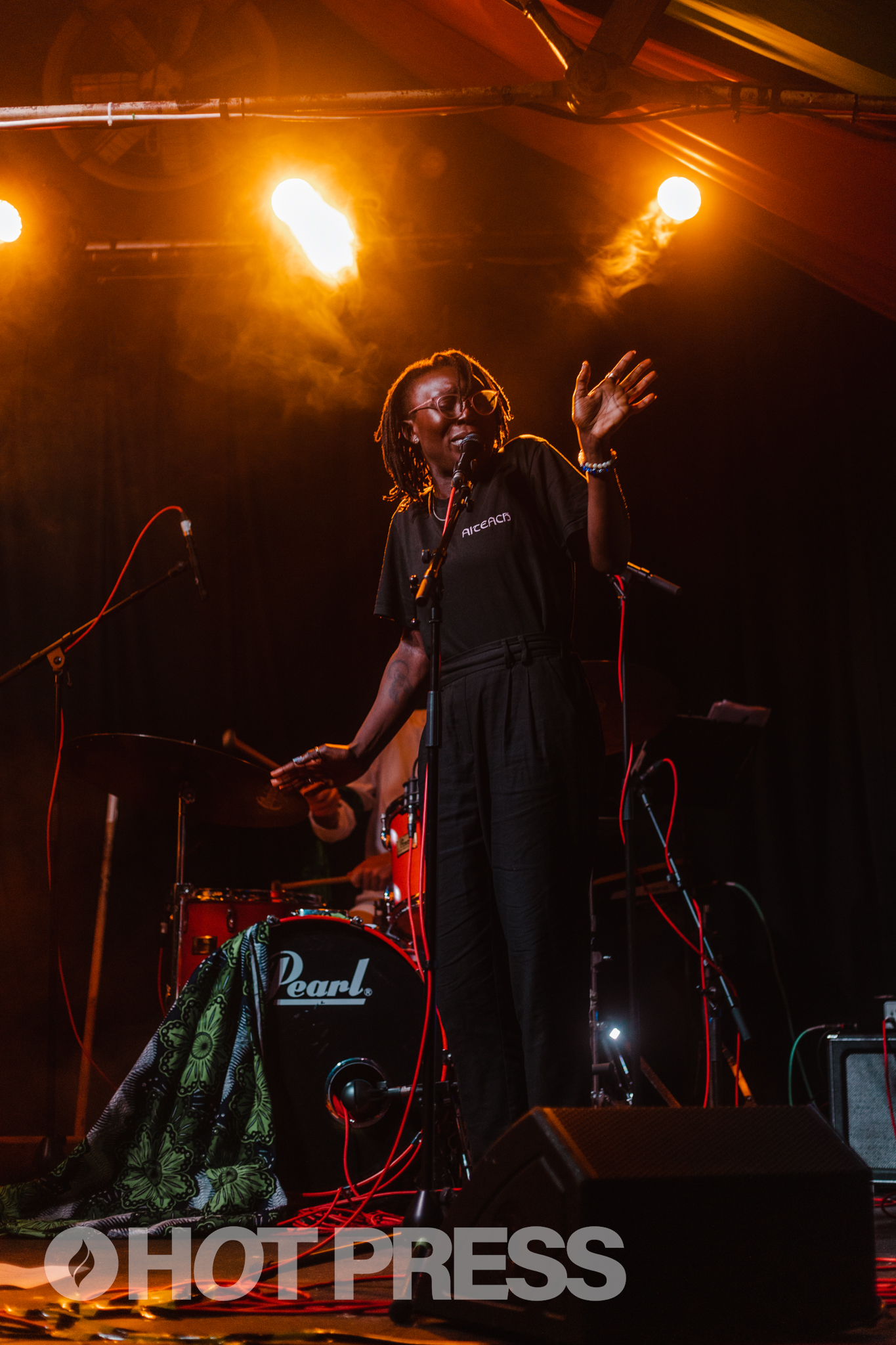 Felispeaks at 'The Tolü Makay Experience: A Night to be Reborn' at the Grand Social - by Meryl Prendergast

Tolü returned to the stage clad in a red dress like a princess with a stunning silver collar necklace, Wonder Woman-style bracelets, huge earrings and barefoot. Free from the stilettos and headdress of her previous outfit she was able to move and dance more freely around the stage, sitting on the steps and crooning 'Don't Let Go' straight to the front rows, and busting some serious moves for 'Wild Thang' and 'Let Me In'.

I can only assume the fact the show was all seated was a leftover requirement from the last set of Covid restrictions, because we should have all been up dancing at this point (much swaying in our seats was happening in my row at least).

The night ended on a high, as she ended her set with absolute banger 'Behavin Like a Lil' B**' (the extended remix version), and obliging our calls for 'one more tune' with her incredible single 'You Are Enough'. As first headline shows go, it was an incredible and immersive experience from one of the most talented artists on the Irish scene right now. 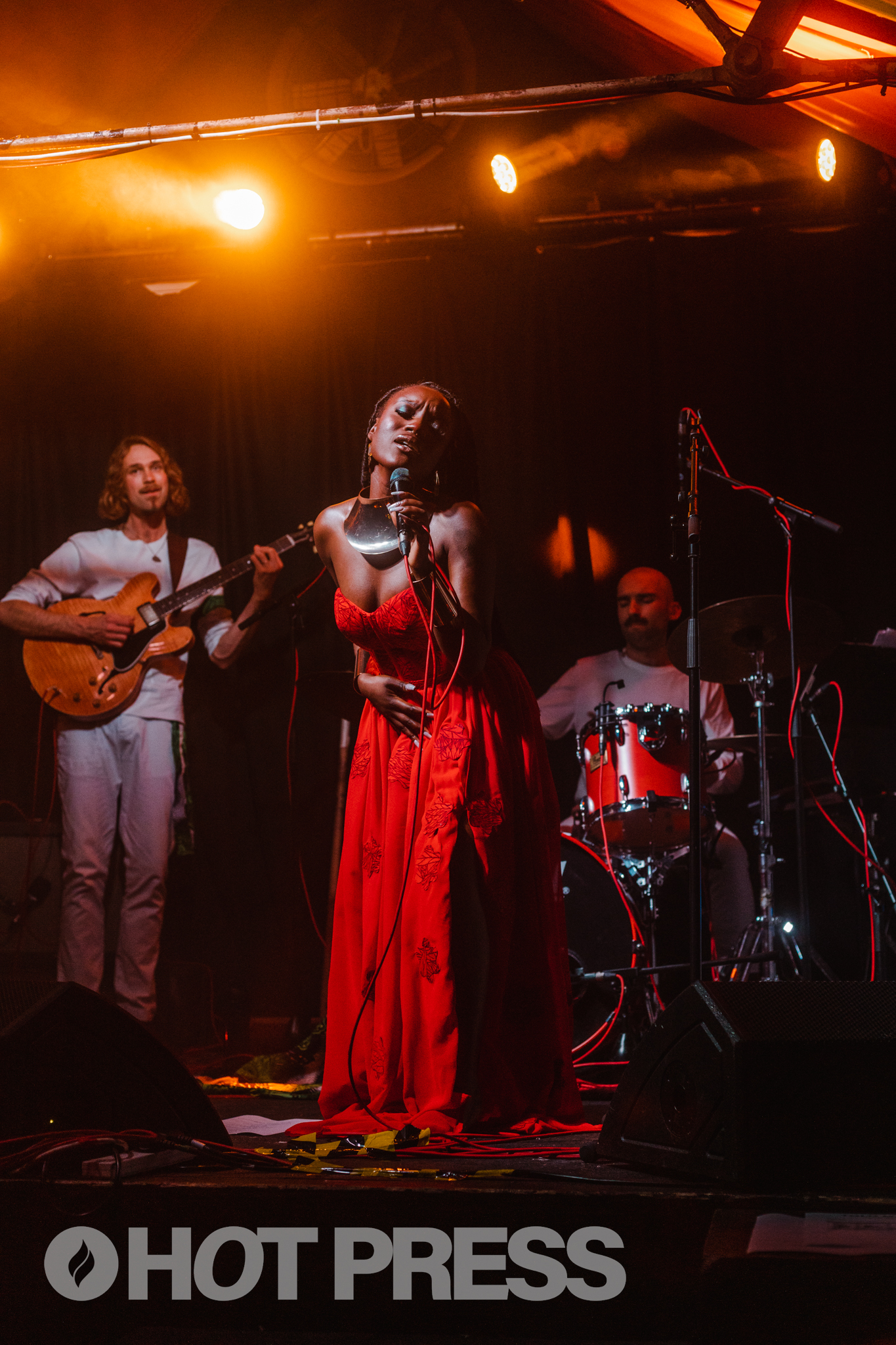 'The Tolü Makay Experience: A Night to be Reborn' at the Grand Social - by Meryl Prendergast
Share This Article: