Jamaican-American musician and singer Masego wowed spectators at The Academy in Dublin last Friday with his superior showmanship.

The music was playing, the drinks were flowing, the audience was ready for a show - and boy did they get one.

Patrons stood shoulder to shoulder on the dance floor and lined the upper balcony level of The Academy, Dublin to see multi-instrumentalist Masego - who is currently in the middle of his biggest ever UK and European tour.

Opening act Mereba took the stage in a sparkling white shirt reminiscent of those worn by the likes of Aretha Franklin. Mereba's voice was that of a soulful siren. The 31-yeae-old Alabama native easily got the audience swaying to the R&B serenades of 'Kinfolk', 'Highway 10', and 'Stay Tru', all from her debut album The Jungle Is The Only Way Out. She also took the chance to show off her lyrical dexterity, rapping several intricate verses in 'Black Truck'. 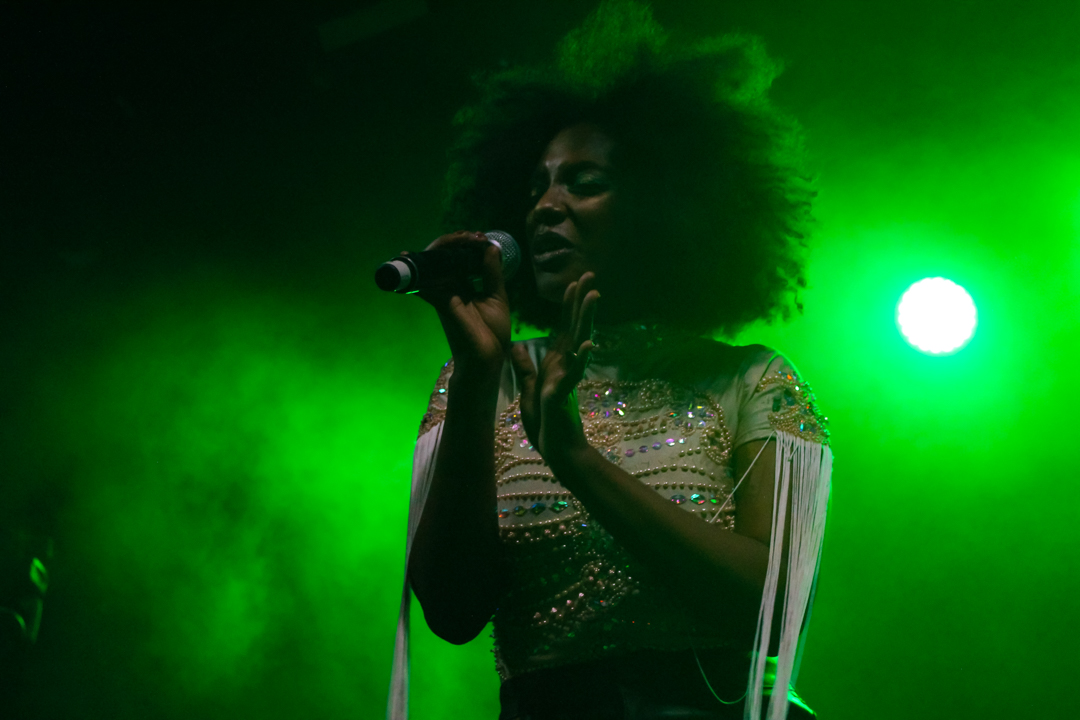 “I love this city,” she said as she concluded her set to ample applause from the Dublin crowd.

While the stage was being set for Masego, the audience was treated to the ever reliable “bah bah bah"s of Neil Diamond's 'Sweet Caroline' that never fail to get an audience energised.

Masego’s entrance would have brought the crowd to their feet if they weren't already standing. The tall singer wore a black shirt adorned with white doves and a pair of pince-nez sunglasses. Masego, a Tswana translation of his church name "little blessing”, was clearly as eager for a good time as the audience. 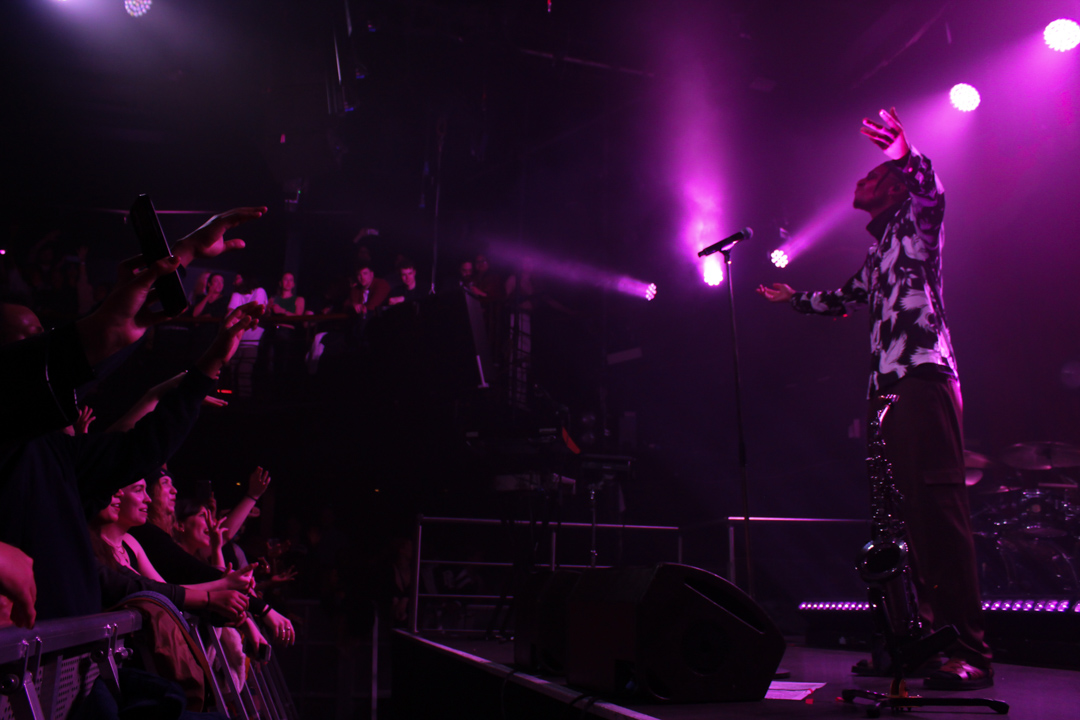 “Wow! There’s mad people in here,” He said upon surveying the crowd size. He then turned to his drummer. “You owe me five dollars!” he gibed.

He opened with his 2017 single 'Navajo'. From the very first verse it was clear that the Virginia-born singer is not just performing - he's like a little kid playing on stage. The debonair performer's carefree vibes washed over the venue as attendees raised their glasses and let all their worries go for the next hour.

During Masego's second song 'Queen Tings' from his debut album Lady Lady, there came the moment the whole crowd had been waiting for. He picked up his saxophone from the front of the stage and began to play his signature jazz riffs. 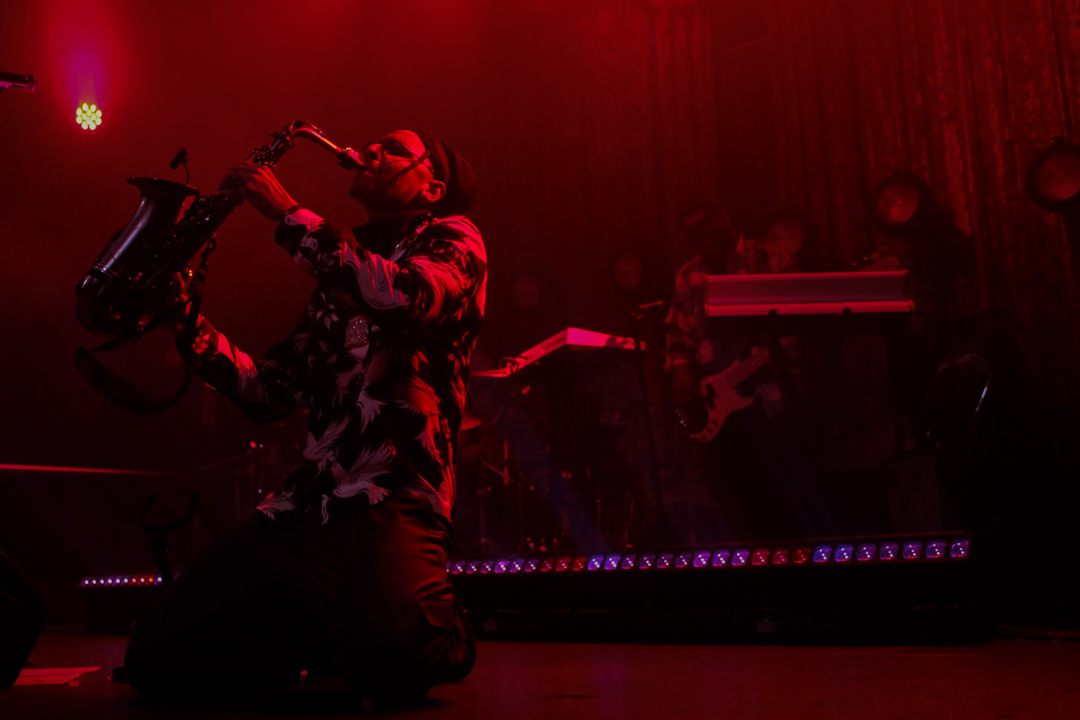 Masego is a self taught saxophonist, pianist, and drummer, who refers to his own musical style as “TrapHouseJazz”. He cites his influences as artists ranging from rapper Andre 3000 to vaudevillian bandleader Cab Calloway.

The 28-year-old Jamaican-born artist then showcased his humorous side with the cheeky and witty track 'Old Age', also from Lady Lady. “Old age doesn't mean nothing to me, wise man said age ain't nothing but a number,” he declared.

After that, Masego (real name Micah Davis) got the whole Academy crowd bopping to the catchy refrains of 'Mystery Lady', the first song he played from his 2020 EP Studying Abroad.

By now Masego was clearly winded between each song, having given every moment his all. His magnetic stage presents and inimitable charm never faltered. "Imma write about this in my diary,” he quipped while dabbing the sweat from his face. “And imma get me those five dollars,” he reminded his drummer. 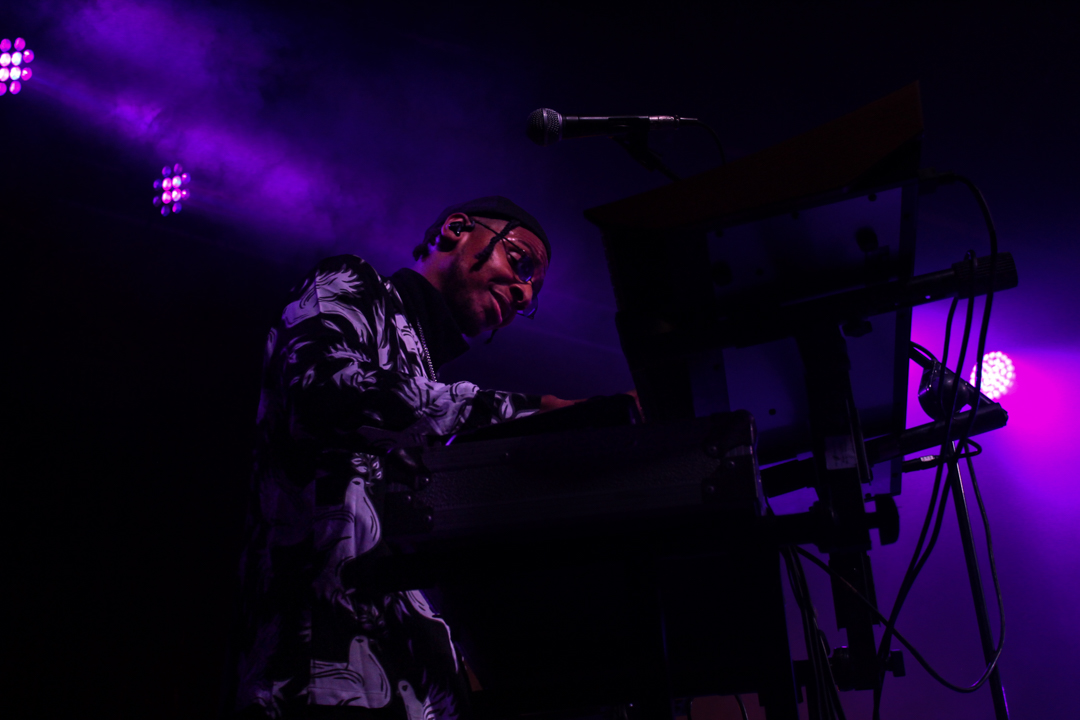 Throughout the remainder of his set - which included tracks like 'Sides of Me', 'Bye Felicia', 'Smith and Westin', and 'Passport' - Masego continued to display his incredible showmanship.

He chucked bundles of roses into the crowd, donned an apron to cook up a remix of 'Mystery Lady', and filmed the audience with a vintage 16mm camera. He even showed off his skill as a juggler in between his solos on sax and keys.

For his encore, Masego played his irresistibly catchy hit single 'Tadow'. With more than one billion combined global streams, 'Tadow' is his most popular track and is certified platinum in the US.

The enigmatic multi-instrumentalist dazzled The Academy's crowd with his enthralling musical charisma and theatrics, constantly leaving us wanting more. Here's hoping he returns to Ireland sooner rather than later, his audience just got undeniably bigger.

New Irish Songs To Hear This Week
Yewande Biala: "A lot of people don’t see police brutality up close in Ireland, so they don’t believe it's here"
Student Special: "Although it's important to be aware of what's happening in the world, doomscrolling is harmful in a plethora of ways"