Live Report: KAWALA dance the night away at The Academy
Kawala at Dublin's Academy on 22/11/21. Photo by: Meryl Prendergast

Supported by Oscar Blue, the five-piece UK band put on an energetic performance at the Academy on Monday night.

Opening the night was Clare native Oscar Blue. With music that blends pop, indie and folk influences, Blue performed a six-song set, featuring songs like 'Silhouettes,' '99 Ice Cream' and his latest single 'Backyard Mafia.' The singer-songwriter, who was previously named as one of Hot Press' 'Hot For 2020 Acts,' performed on our Lockdown Sessions' Y&E Series last year. 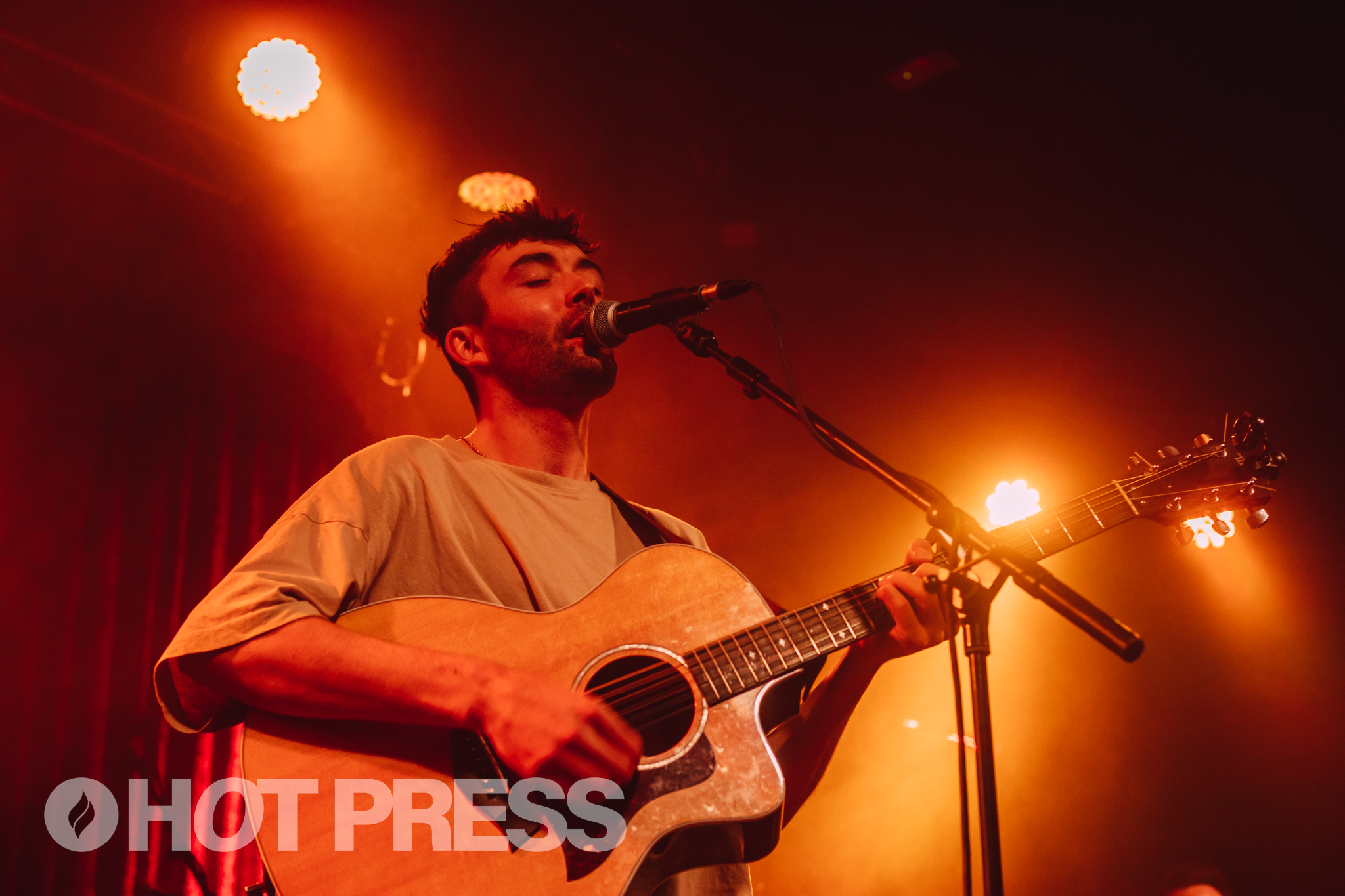 Oscar Blue supporting Kawala at the Academy on 22/11/21. Photo by: Meryl Prendergast

When the five-piece band finally took to the stage, it was immediately clear that the crowd was in for an energetic, dance-filled night. Jim Higson, one of the lead singers, was jumping around on stage. His dancing was eccentric, which he later recognised when he told the crowd his "dancing has not improved" – though it wouldn't stop him.

The set started with 'Funky,' the second track from the band's first EP D.I.L.Y.D that is exactly as its title suggests – funky. The groovy tune was followed by 'Angry Man,' 'Pure Desire,' 'Animals' and 'Heavy In The Morning.' Each song showcased the band's indie folk sound.

Throughout the set, Higson and Daniel McCarthy, the other lead singer, chatted and bantered with the crowd. McCarthy, in particular, nearly started a riot in The Academy by asking if Cork was the real capital of Ireland, referring to their previous show in Cork.

"I just started a civil war in the Academy in Dublin!" he joked. 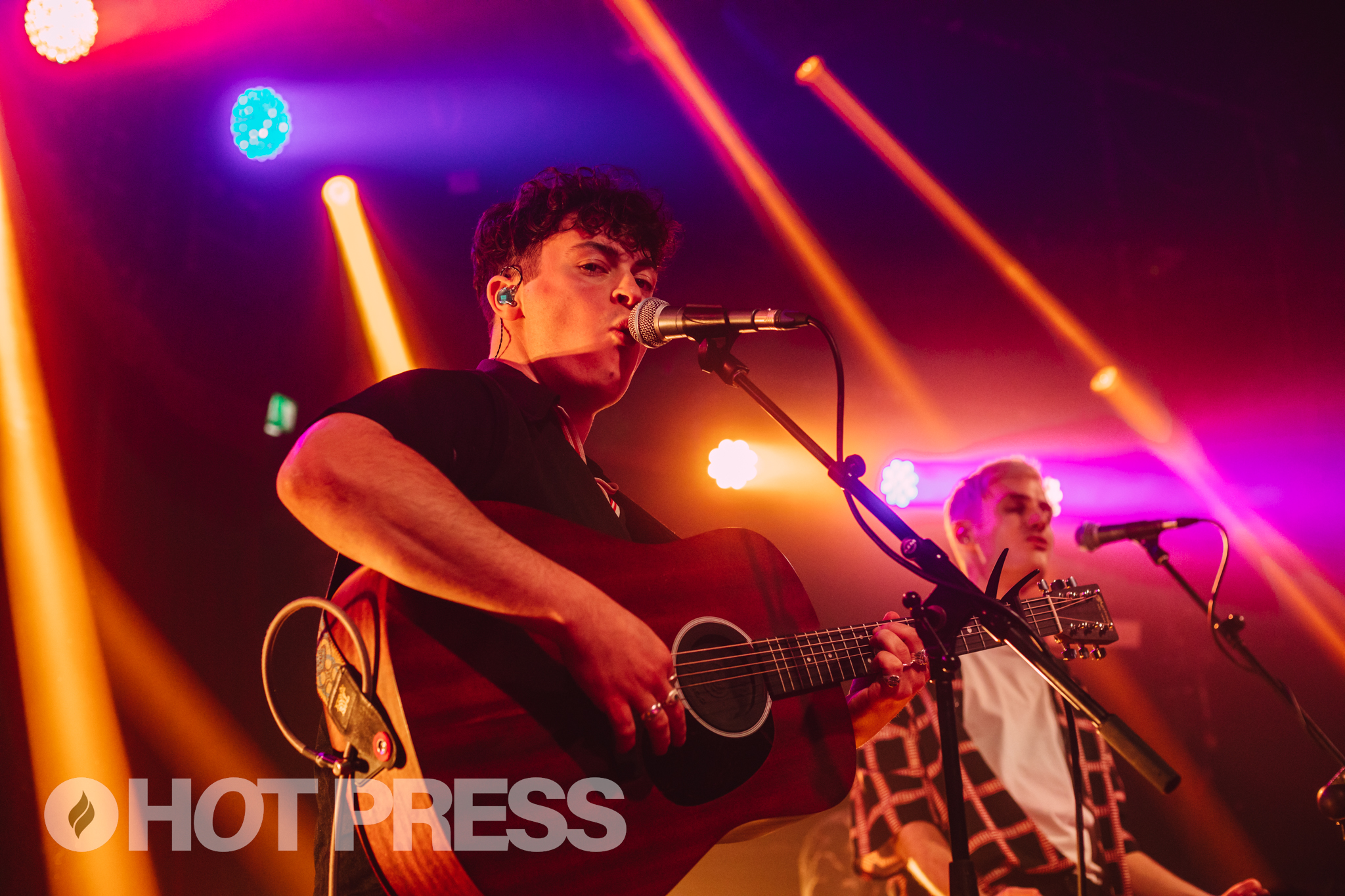 In between original songs, the London-based band took a moment to perform a cover of Griff and HONNE's '1,000,000 X Better,' bringing a stripped-back approach to the electro-pop song. 'Searching,' 'Back Of My Hand' and 'Loosen Up' were played before an unreleased track.

'Runaway' and 'Mighty River' were some of the last songs played during the encore, but the night wouldn't have been complete without a venue-wide sing-along to 'Sweet Caroline.' It cemented the sense of community created by KAWALA's music, bringing people together with live music. 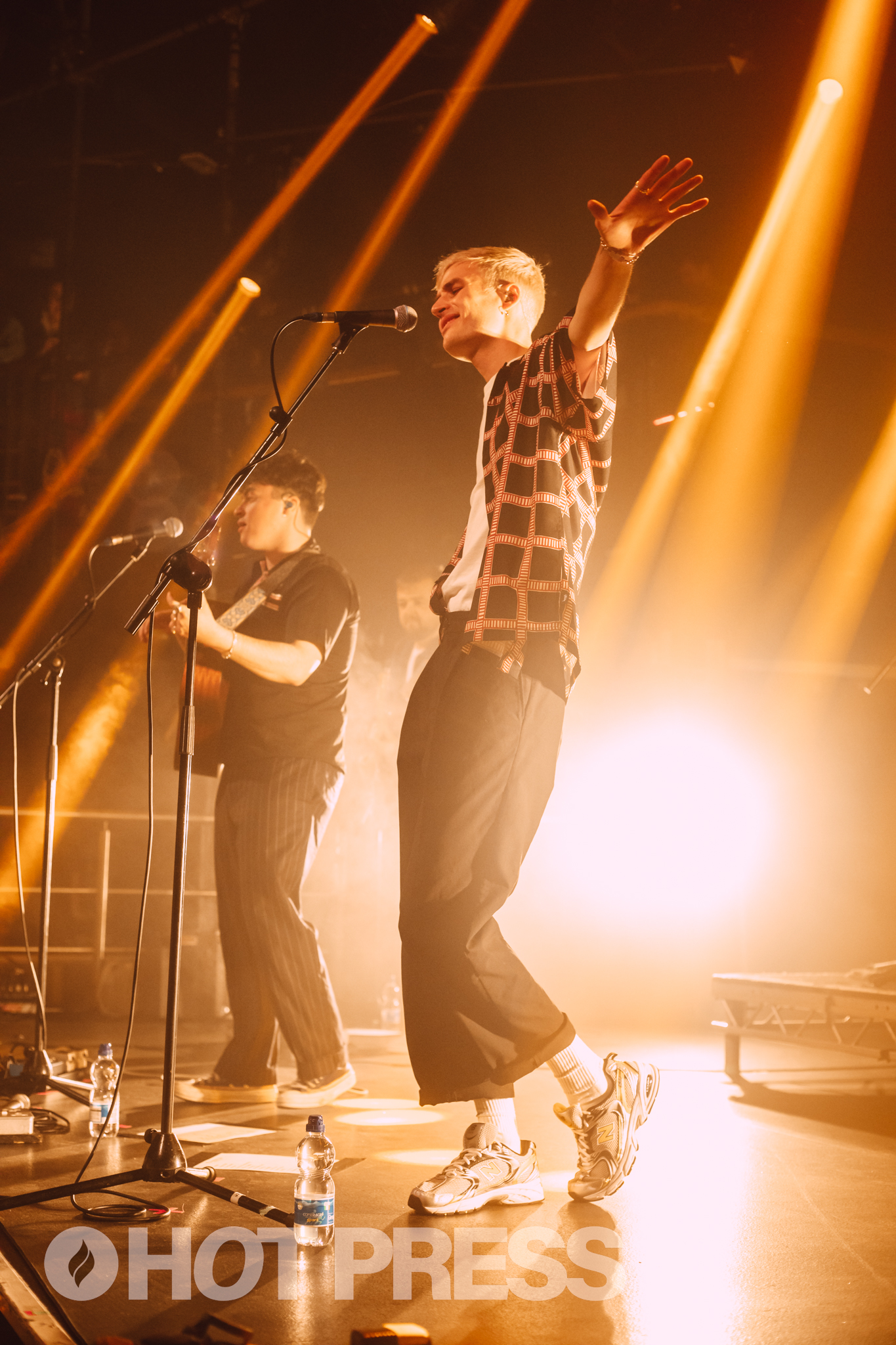 Listen to the band's latest single below:

In the new issue: The Coronas grace the cover of Hot Press as they return with new album Time Stopped
New Irish Songs To Hear This Week
KNEECAP: "The only thing to do is take the piss – because if you don’t laugh, you’d be crying your eyes out"

Student Special: Go Your Own Way – "Keep your options open. Not every decision is final"
Album Review: Alex G, God Save The Animals
Student Special - College Life: "While there are no clear answers, the journey itself is what is most important"
New Irish Songs To Hear This Week
Live Review: Trinity College showcases superb music talent during Freshers Week
Album Review: Vieux Farka Touré Et Khruangbin - Ali