Folk singer Joshua Burnside puts in a crowning performance for a prolific year that saw the release of a new album and a collaborative EP.

As the Taoiseach announced a new round of restrictions on venues and clubs this past Friday, Northern Irish singer-songwriter Joshua Burnside reminded the Grand Social audience of the importance of live music with a thrilling performance that enraptured the crowd.

Kicking off the night were the dulcet tones of Lemoncello. The duo, made up of Laura Quirke and Claire Kinsella, took the stage brandishing a four-string banjo and an acoustic guitar. The darkly ominous 'House of Cards' quickly displayed their mastery over the instrument while also showcasing dauntingly beautiful vocals. 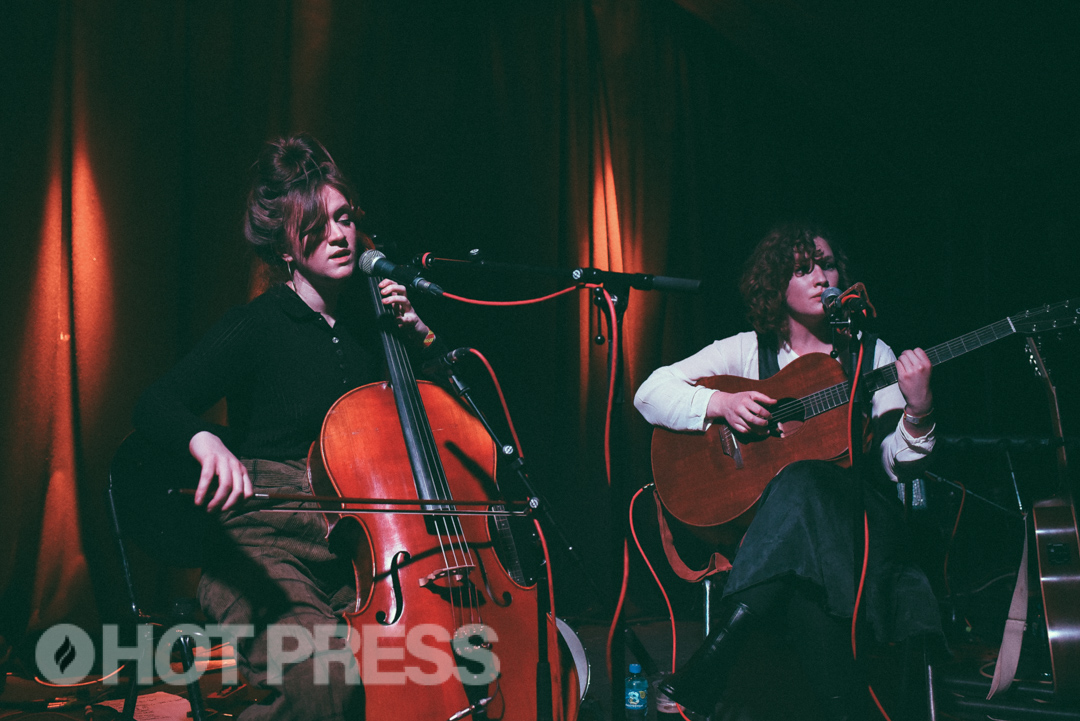 From a tribute to Josephine Hopper - the overshadowed wife of American painter Edward Hopper - in 'Sunflower' to what they described as an "exorcism of anxiety" in 'Libra'; Lemoncello captivated the crowd of the Grand Social with clever lyrics and superb instrumentals.

After a brilliant opening act, the crowd was pulsing with energy. Part of it was the anticipation for the Belfast-based singer, but another part was the news for many this gig would be the last proper live show they'd see in a while, with news of the restrictions starting to circulate.

So as Joshua Burnside took the stage, violin in hand, along with his band, the crowd was already cheering. Before even reaching the first verse of opener 'I Saw the Night', the singer managed to pacify the crowd into a captivated silence. 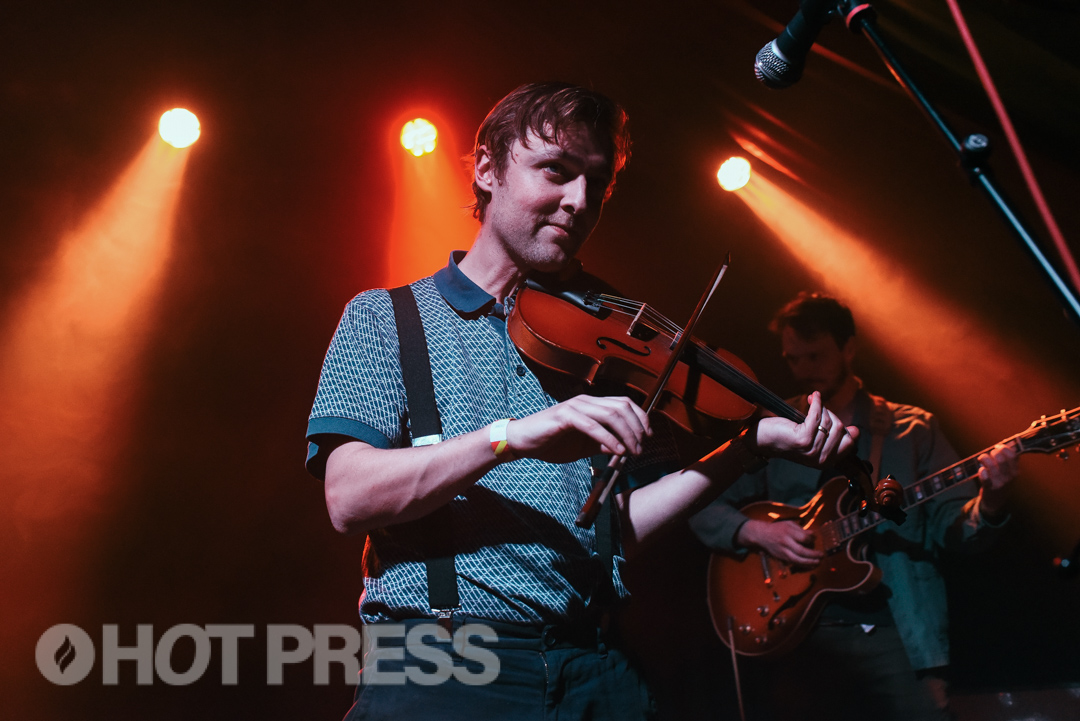 Switching over to an acoustic guitar, Joshua delved into back-to-back, beautifully melancholic performances of 'Driving Alone In the City' and 'Noa Mercier'. When the group switched gears, delving into the up-tempo 'War on Everything', the excitement and energy that had been mellowed by the slower performances returned with eruptive intensity, catching even Joshua by surprise.

The night's highlight came with the singer's hit single 'Whiskey Whiskey' from his 2020 LP Into the Depths of Hell. Written on a plane on his way to Dublin, the tune impeccably encapsulated the dread and angst of a nervous flyer. A reminder that you don't need to hash out a repetitive love song to connect with the audience, the crowd joyfully sang along to the sorrowful chorus. 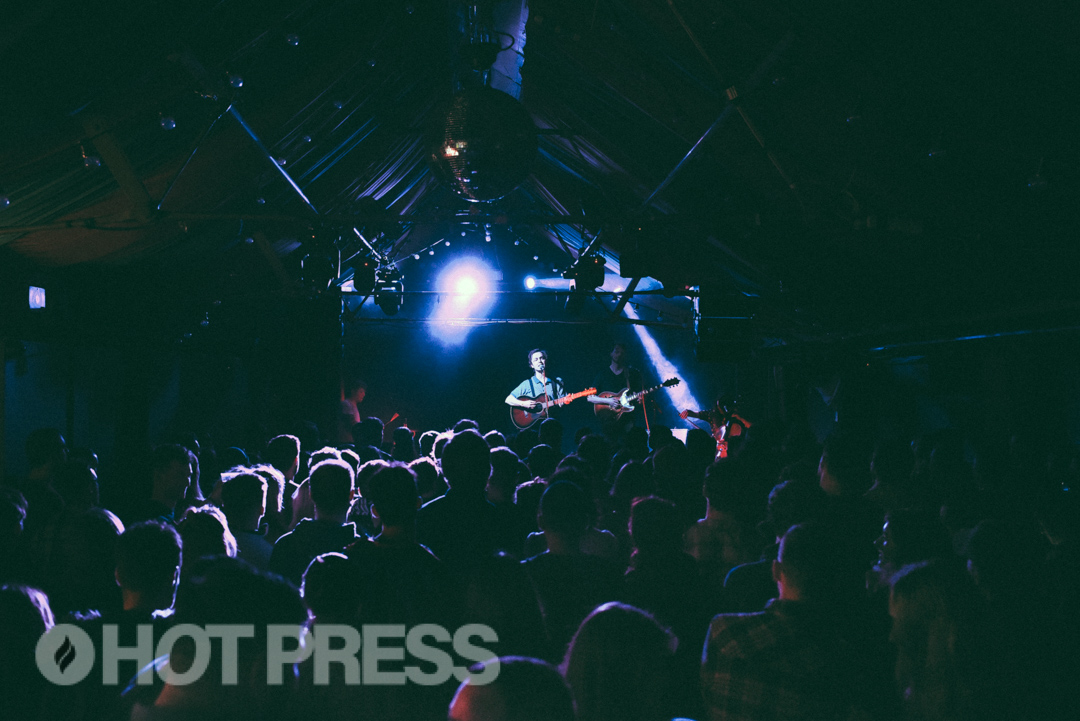 Finishing off the set with an energetic performance of 'Northern Winds,'  Joshua left the crowd wanting more - and they weren't shy in making it known. As the audience of the Grand Social clamoured for an encore, the Northern Irish singer returned to the stage.

Switching his band for multi-instrumentalist Laura Quirke, one half of opening band Lemoncello, they performed two songs from their collaborative EP, In the Half-light. While the songs themselves were lovely pieces, they were significantly slower than the original high-energy closer, making the encore feel slightly anti-climactic.

Nevertheless, the two slow ballads capped off a brilliant night of folk music. For some, it marked a last hurrah to live gigs.

ETBI: "There's a real pride in Further Education and Training, as the journey of choice, and the primary choice, for many learners"
EU Careers: "The amount of things you can accomplish is amazing"
Live Review: Des Bishop brings laughter and tears to the 3Olympia Theatre
New Irish Songs To Hear This Week
Album Review: The Arcs, Electrophonic Chronic
PREMIERE: 'My Reading Of It' – Joseph O'Connor shares a fascinating chapter from My Father's House