For 50 years, Israel has occupied the West Bank. Increasingly, Israeli policy has been to render invisible the three million Palestinians who live in that small area of Palestine. The truth is that it is a process in which the International Media has colluded – and will again on the upcoming Election night.

After 18 months of near constant electioneering, and with less than a week to run before voters go to the polls for the second time in five months, the Israeli Occupation of the West Bank has finally made headlines.

On 10 September, the incumbent Prime Minister Benjamin (Bibi) Netanyahu promised that, if re-elected, his government would annex large swathes of Palestinian Occupied territory in the Jordan Valley.

“If I am elected,” the Prime Minister announced, “I commit to annex the Jordan Valley. Is our eastern border, our defense wall. Give me the mandate. No previous Israeli Prime Minister has proposed doing so,”

Bizarre as this may sound to outsiders looking in, the Israeli Occupation itself, has become largely invisible to ordinary Israelis. So too have the lives of millions of Palestinians living under Israeli domination and military control. In the normal run of things, these hard realities do not impinge on Israeli life. This is an “Occupation” that is for the most part largely hidden behind walls, out of sight, kept at a safe distance.

Up until this week, the Occupation did not feature much, if at all, as an election story.

The decision by the Attorney General earlier this year to recommend the indictment of Netanyahu on various corruption charges continues to dominate much of the main evening election news cycle, six months on. 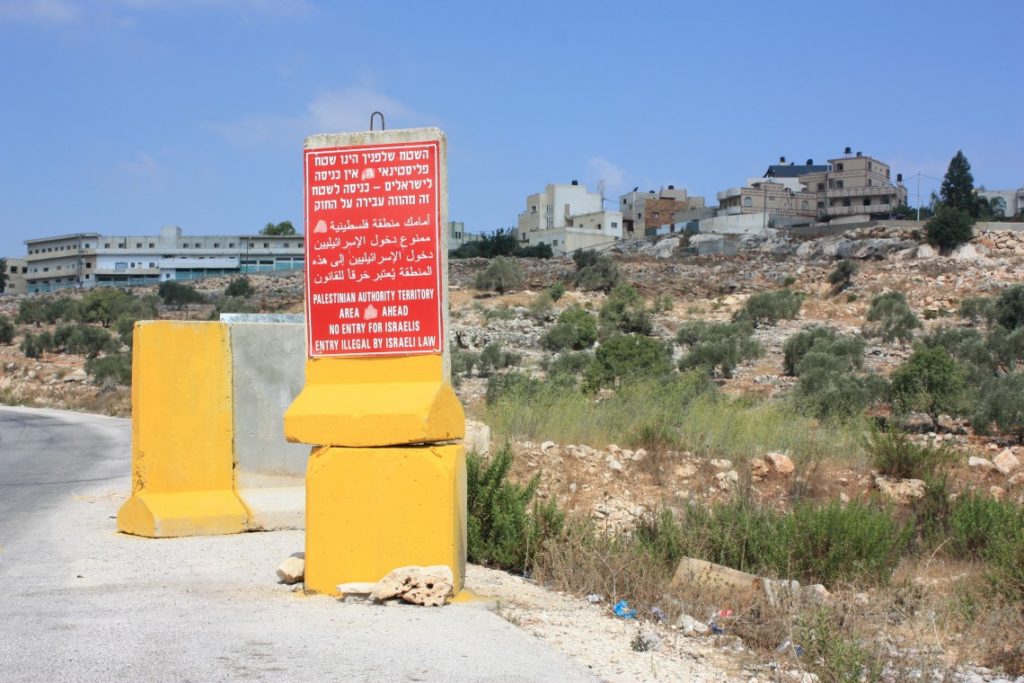 In a ‘Times of Israel’ poll earlier this year – when asked which issue was the most important for the government to deal with – 46% of Israelis chose “Economic issues such as the cost of living, housing prices, employment.” Some 21% opted for “Security”.

Surprisingly, despite the whirlwind of charges hanging over Netanyahu, just 17% plumped for “Democracy, the rule of law and corruption.”

A dispiriting 11% of voters chose “Relations with the Palestinians, diplomacy and the peace process.”

Little has changed since then.

The general election, which took place in April, proved inconclusive – hence the need for a second poll. Netanyahu’s rightwing Likud emerged with 35 seats (out of 120). The then hastily-formed new centre-party alliance – “Kahol-Levan” or “Blue-White” – lead by a troika of ex-military Generals also secured 35 seats. Both parties are once again neck-and-neck in the opinion polls.

The troika of retired army Generals – all ex-chiefs of the Israeli Defense Force (IDF) – have been brandishing their security credentials for six months now, in an attempt to dislodge Netanyahu from power.

In a controversial video back in April, ostensibly designed to undercut any accusations that he is in any way a “leftist” (a political insult in Israeli politics), Benny Gantz, the leader of “Kahol-Levan”, boasted of how many Palestinian “terrorists” he (as head of the IDF) was responsible for killing during the most recent Israeli-Gaza war. His boastful bodycount? 1,364 dead Palestinians to be precise.

Those same Arabs – all three million of them – will not be taking part in the Israeli election on September 17. Living under Israeli rule, and as de facto Israeli ‘subjects’, they do not of course have the right to vote in any Israeli election. Indeed, they are forced to live without any of the fundamental rights of citizenship.

There hasn’t been a meaningful peace process since Ehud Olmert was in power more than a decade ago. The political parties on the ‘Centre’ or the ‘Centre-Left’ generally do everything to avoid talking seriously about the issue. The media with a few notable exceptions has generally colluded in this public indifference.

The front line of the conflict – too often deadly – has largely shifted to Gaza. The “Occupation” (of the West Bank) has strangely morphed into something altogether more abstract. For the vast majority of Israelis, it’s something that’s happening ‘over there’, somewhere else, down the road.

Suicide bombings have long ceased on the streets of Israeli cities. Despite their near constant complaints, life is generally good for Israelis. Israelis are, according to the United Nations, amongst the happiest and healthiest people in the world. It is a strange reality that doesn’t square with perceptions elsewhere.

The question “at whose expense are we happy and healthy?” doesn’t seem to occur to the majority of Israeli people.

To talk of an invisible “Occupation” may seem somewhat perplexing to outsiders. For Israel’s many critics, the 50-year old “Occupation”, the continued denial of Palestinian statehood, the imagery of military checkpoints, separation walls, segregated roads, define the nation itself.

How, one might wonder, is the “Occupation” physically or psychologically invisible when the entire country (West Bank included) is not much bigger than the US state of Vermont, and smaller than the size of Belgium, with Israel proper, at its tightest point, being narrower than the length of Manhattan.

How is it invisible, when earlier this year a UN Report revealed that 2018 was the worst year for Palestinian deaths and injuries in the West Bank and Gaza since the Gaza conflict of 2014? In 2018, 295 Palestinian were killed and 29,000 were injured. In the same year 15 Israelis were killed and 37 injured.

Despite these numbers, particularly in greater Tel Aviv (home to 4 out of 10 Israelis), the “Occupation” remains largely unseen. This is an “Occupation”, the concealment of which has been achieved through a curious mix of blissful ignorance, willful detachment and jaded indifference. That toxic cocktail of ignorance, detachment and indifference is fed and sustained in multiple, diverse and often subtle ways.

The so called “Green Line”, or 1949 armistice, that delineates Israel proper from the Occupied West Bank, has become ever more effectively erased. Israelis pretend to themselves that it is next to impossible to understand where their country’s internationally recognized border actually lies in the country’s self-proclaimed capital city, Jerusalem.

There is a reason for this too. The “Green Line” is all but invisible in the geography books of Israeli schools and in the maps hanging in government offices around the country.

Even the infamous 8m (24 ft) high concrete Israeli separation barrier has in places been made to disappear.

The wall that surrounds the Palestinian city of Qallkiliya – a city of 45,000 people – on three sides is concealed for Israelis whizzing past it on the motorway (in Israel proper) by dense green lush trees, ostensibly motorway landscape planting, but in fact an act of concealment, that is proximate to burial.

Many Israeli motorways that cut deep inside the West Bank do not allow for access to surrounding Palestinians towns and villages, dotted across the landscape. Israelis are after all legally forbidden from visiting Palestinian cities in the West Bank, supposedly for their own safety, though in truth it is a provision which conveniently reinforces a collective “Out of sight – Out of mind” mentality.

Perhaps it’s not so surprising then that, in a recent study, two in five Israelis aged 18 to 29 believed Israel had already annexed the West Bank, presumably in the knowledge that Palestinians in the West Bank can’t vote in the Israeli parliament. It seems that the 50-year occupation is reinforcing not just its own normality but, ironically, its invisibility. Netanyahu’s proposed annexation of the Jordan Valley presumably means little to those who have already swallowed the illusion of Palestinian erasure.

In Israel proper, Palestinians (or Israeli Arabs as most Israelis prefer to call them) make up some 20% of the population. They are of course entitled to vote next week. Turnout amongst Israeli Arabs in the April election fell to just under 50%, compared to 75% for Israeli Jews. The “Joint List” – a resurrected coalition of four Palestinian parties – is, however, expected to secure 11 seats in the Knesset.
On Election night, the Palestinian Parties are also largely ignored by the Israeli television pundits, ostensibly because a Palestinian-dominated political party has never been (formally at least) part of any Israeli governing coalition. Whatever the result in September, this too is unlikely to change.

There is another – and peculiarly overlooked reason – why the Palestinian vote on election night is simply ignored.

Israel is unique in the democratic world in not having any electoral constituencies. The entire country is simply treated as one, single constituency.

What is often central to television audiences on election night in other countries simply doesn’t exist in Israel. There are no ‘swing states’, constituency ‘swing-ometers’ or maps of colourful flipping seats. There are no ‘blue’ or ‘red’ states, regional or local swings.

Election night analysis is, for the most part, restricted to the declaration of overall national ‘winners’ and ‘losers’ and the perennial Israeli challenge of coalition formation. The Palestinians parties are not part of that political conversation – and as a result, they are simply ignored. 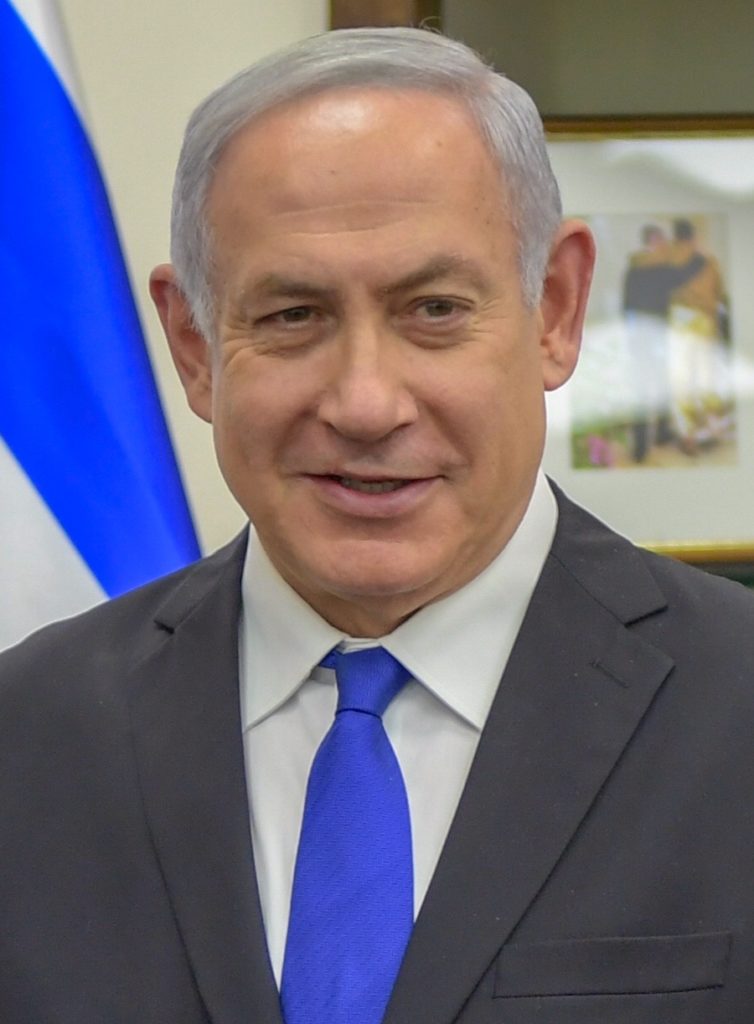 There are perhaps many reasons why Israel, uniquely amongst democracies, doesn’t have any local or territorial based constituencies.

As late as 1972, ‘just’ 10,000 Israeli settlers were scattered across the West Bank. This accounted for 0.31% of the total Israeli population. By 1993 that had risen to 280,000, or 5.3% of the Israeli population. Today more than 700,000 Israeli citizens (99% of whom identify as Jewish in the Israeli census) live in the Occupied Territory of the West Bank (including annexed East Jerusalem).

These same 700,000 Israeli settlers – who live in the Occupied West Bank but who reside outside the borders of the internationally recognised Israeli state – are nevertheless eligible to vote in an Israeli general election. In a multiple constituency-based electoral system, these Israeli citizens would account for about 10 Knesset seats (out of 120).

Living amongst them are those three million stateless Palestinians (or happy Arabs according to Benny Gantz).

With three million Palestinians living alongside 700,000 Jews, how exactly would Israeli Political Geographers or Electoral Administrators draw those 10 constituencies? And how would local or international media report on such constituencies?

To endeavor to draw “Jewish only” voting constituencies in the West Bank would of course invite accusations of the “A” word.

Perhaps this alone explains why – since 1967 – Israel has not chosen, and is unlikely to choose, to experiment with constituency geography.

Perhaps also an Invisible Occupation is best served by an electoral geography that conveniently makes invisible three million Palestinians. That these three million non-voters are completely ignored by the local media may not surprise many. What is surprising is that this ‘invisible’ electorate has now become largely invisible to most of the ‘International Media' on Israeli Election night as well.