Following the release of his gripping new autobiography, The Monkey Puzzle Tree, Stephen Gillen tells us about his upbringing in Belfast, and his journey from Category A prisoner to entrepreneur, motivational speaker and international peace prize nominee. Plus, he and screenwriter Kieran Suchet discuss the upcoming film adaptation of Gillen's life story.

In a year of immense stress, new challenges, and social isolation on a global scale, the publication of Stephen Gillen’s autobiography, The Monkey Puzzle Tree, feels timely. Journeying from the Troubles in Belfast, to the UK care system, to high-security prison, Stephen’s life story delves into the darkest depths of the human experience – while also highlighting human beings’ remarkable ability to survive the seemingly impossible, and emerge triumphant.

The book, which has been nominated for The People’s Book Prize 2021, is set to be adapted into a major motion picture, with a budget of £30 million and rumours of Hollywood heavyweights, including Tom Hardy and Christian Bale, being considered for the lead role.

“I actually wrote this book before, a year ago, but I wrote it in a different way,” Stephen tells me. “We went to the New York Book Expo with it, and publishers there wanted it. But I knew it needed to be written in a different way. There was too much of a focus on the self-development in it – and what people really wanted was the story.”

Raised by his aunt Madge in Belfast in the ‘70s, he was deeply affected by witnessing a young man die in front of him at the height of the Troubles. Stephen was just seven at the time.

“All these things shape us as human beings,” he reflects. “Seeing that young man being shot in front of me, calling out for his mother, and all the other stuff that I saw – it had a very profound effect on me. And then my aunt Madge dying... She was my mother for all intents and purposes. But I didn’t speak about any of that for so many years. I carried it with me, up until around seven years ago – which was the first time I really started speaking about stuff like that in detail.”

Following the death of his aunt, he ended up in the UK care system at the age of nine – and after being sent to prison for the first time at 14 years old, he progressed into serious crime. He was ultimately sentenced to 17 years for armed robbery as a category A prisoner. While serving his time, he pledged to turn his life around – and he went on to build up a global reputation as an entrepreneur, life coach and motivational speaker. Through his work in social issues, he has also been honoured with a nomination for the Sunhak International Peace Prize.

“I’ve been through so much,” he says. “I’ve had to do so much internal work as a human being, and figure so much out. Obviously I’ve done well with that. But when I went to write the book again, I realised that there was still stuff there. It was a very cathartic process to write it.”

“It’s a very human story,” he continues. “It’s for everyone. But I was particularly looking to reach people who have a lot of the adversities and challenges that I would’ve had. I was hoping that it would expedite their ability to live more healthy, fulfilling lives – where they could create more, live more, and be happier and safer.”

With his life story set to get the silver screen treatment, Stephen reveals that he’ll be serving as a producer and consultant for the film – with Roseita Royce, President of the British Film Festival, also featuring as a producer. Kieran Suchet, the son of the broadcaster John Suchet, and nephew of Poirot star David Suchet, has written the screenplay.

“There may be stories about bad-boy-come-good, but Stephen’s life is quite remarkable, because it’s not over,” he says. “In a sense, he’s only just peaking, and he’s still pursuing all the projects and philanthropy he’s been involved in. He’s not exactly sitting back, and he’s certainly not retiring. So the difference is that he’s living history. And that is incredibly inspiring.

“But it’s also important to note that there’s always ambiguity in everything,” he adds. “It’s not like he’s suddenly seen the light – he must work at it everyday, to be the best that he can be. That’s what’s fascinating. You have to have such a level of self-discipline, and self-awareness, just to be able to stay on the straight and narrow and to do the right thing. That’s why he’s such a role model – especially to other offenders that may be inside, and looking at a long stretch. You can really look at this man and see that he’s living proof that life is not easy – it’s actually an incredible struggle. But, that struggle can be overcome, if not managed.”

While the lead actor has yet to be revealed, Kieran notes that they “certainly have a few names in mind”.

“It will be very exciting to get people to do some readings for us,” he says. “But there are certainly some young actors out there – possibly Irish – who we think would be very suitable.”

Stephen, meanwhile, finds that “it’s going to take a real heavyweight to be able to carry this role properly, and do it justice.”

“A lot of actors are typecast, as either playing the good guy or the bad guy,” Stephen argues. “But this takes someone with real maturity and depth – they have to portray a real darkness, but they also have to make that transition into real light.”

Interestingly, Kieran’s other writings include a feature-length biopic about Irish politician Noel Browne – and his battle to provide free healthcare for mothers and their children.

“As far as I’m aware, Noel Browne has been made into a documentary by the Irish director Alan Gilsenan,” Kieran says. “So we’re waiting to hear more about when that might go out on air. But the production itself is still absolutely on the cards, and we are certainly looking to go forward with Noel Browne.”

“It’s an incredible story that I’ve been working on for at least seven years now,” he continues. “His story is really incredible, and now, with the young demographic in Ireland and the progressive nature of Irish society, it’s time the story of Noel Browne was told.”

“He was a man who was ahead of his time – and whose ideas ultimately clashed with the moral thinking of the political and religious establishment. And he ended up being a very bitter man – which is where he and Stephen differ. But at the same time, like Stephen, he was a man who had a very troubled childhood. He was sent away to England as a boy and lost most of his family to tuberculosis – so again there are those childhood experiences of loneliness and isolation. And that drove his adult behaviour.”

Stephen has his sights set on the bigger picture too – with plans to cement his legacy with the founding of the Stephen Gillen Foundation.

"The third part is about entrepreneurship. It saved my life. Regardless of your schooling, your colour, your religion, or where you come from, it enables people to go forward – and learn skills to take their own destiny in their own hands. I’m not a capitalist, but I believe in entrepreneurship. When people become good at that, then they can take on staff. This then helps other people to pay their bills, and get more opportunities for their families.” 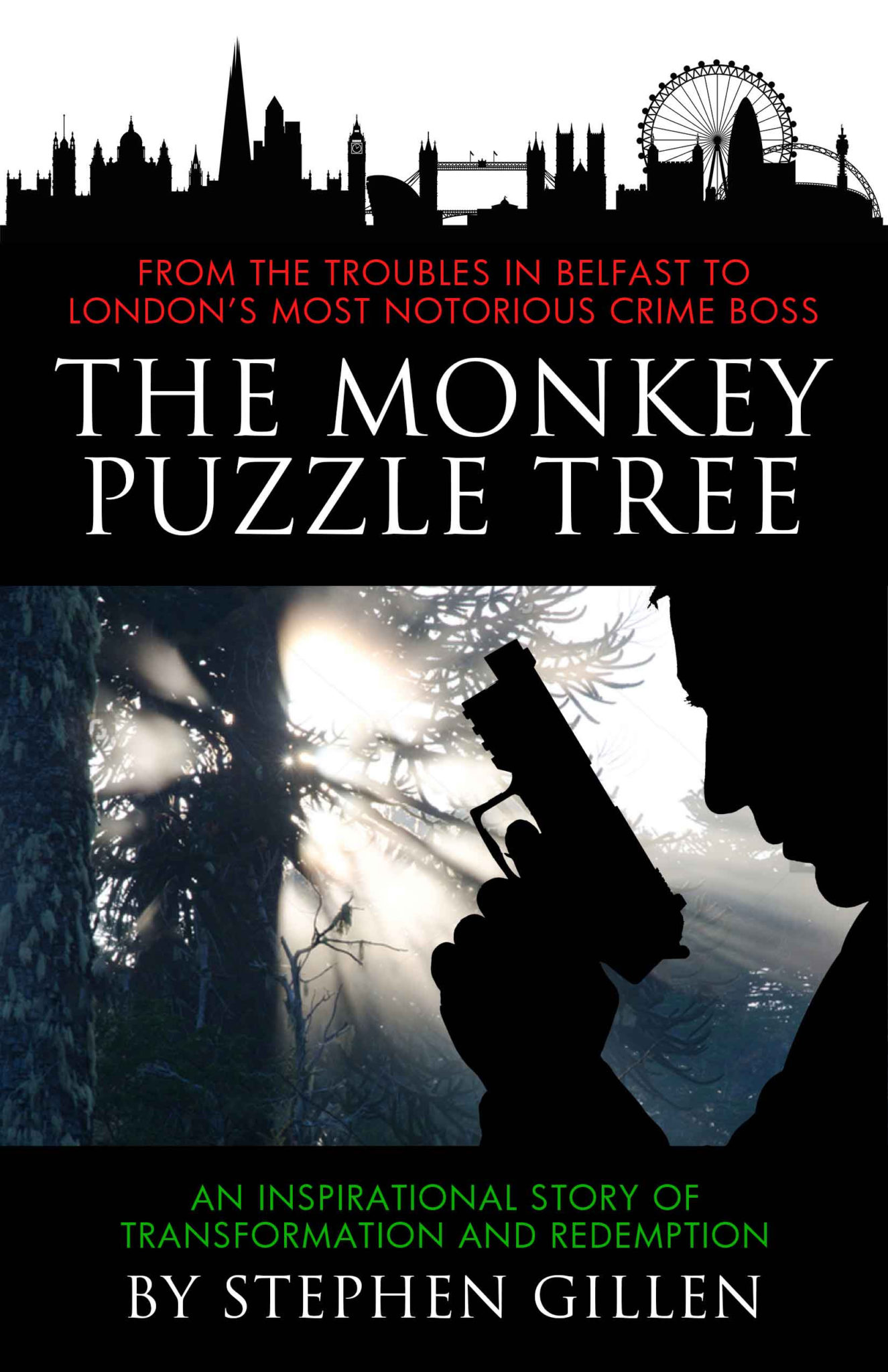