England had given official birth to heavy metal in 1970 with the arrival of Black Sabbath’s self-titled debut LP. And while Ozzy and Co. (plus proto metal acts like Deep Purple, Judas Priest, Budgie and UFO) began the decade with all guns blazing, by the end of it, they were all looking decidedly dog ear-ed.

It’s fitting that it was England who gave the scene a new lease of life, then, with the arrival of New Wave Of British Heavy Metal (NWOBHM) – a term coined by journo Geoff Barton in Sounds magazine, in May 1979.

Featuring a battalion of bands who had grown tired of the excesses of prog, the musical limitations of punk and the widespread political unrest in their homeland, the denim and leather-clad likes of Iron Maiden, Venom, Saxon, Def Leppard, Girlschool and Diamond Head offered escapism through their lyrics inspired by everything from Hammer Horror to romantic-era poet Samuel Taylor Coleridge. There was also plenty of excitement too via-duelling guitars, galloping basslines and leather-lunged vocals.

Ireland can also take some credit for NWOBHM’s thunderous sound and vision. Thin Lizzy’s ‘Emerald’ and ‘Massacre’ in particular were big influences on a young Steve Harris (Iron Maiden even covered the latter for a b-side in ‘88), while Def Leppard continue to tip a cap to Lynott’s lads. 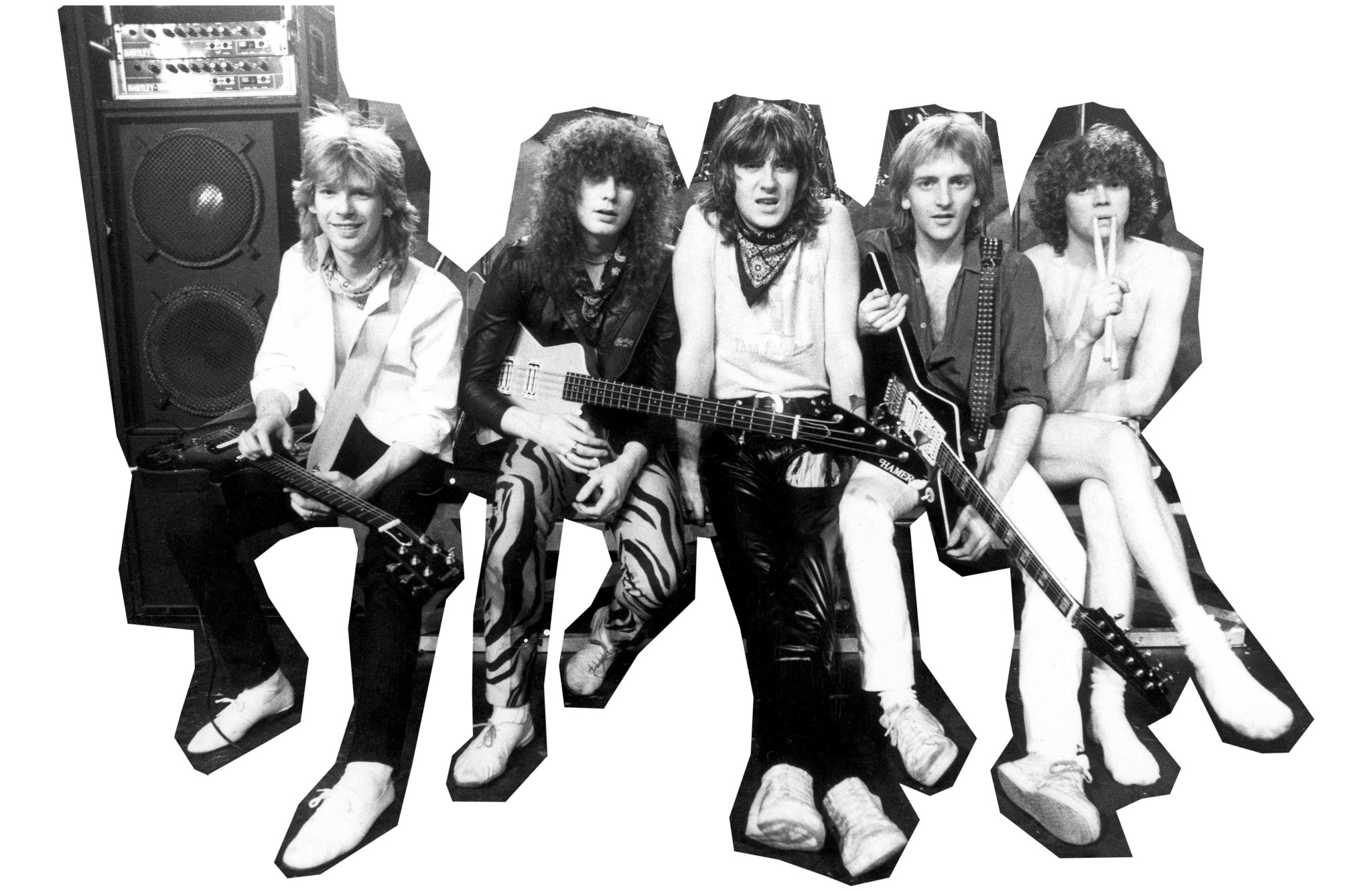 The genre has been credited with creating the definitive look and sound that most people associate with heavy metal. Meanwhile, Maiden and Leppard used it as a spring-board into stadiums around the word, where they remain to this day.

NWOBHM also inspired much of the antics in 1984 mockumentary This Is Spinal Tap. Comedian and Tap bassist Harry Shearer famously went on tour with Saxon before making the movie and put the experience to good use. Plus, has anyone ever seen Spinal Tap’s David St Hubbins and Saxon’s Biff Byford in the same room?

The release of Leppard’s mega selling ‘83 album Pyromania is widely regarded as marking the end of NWOBHM, but the sub-genre went out with a bang as it helped birth thrash. The Big Four – AKA Metallica, Megadeth, Slayer and Anthrax – took the aggression and power of the scene, fused it with hardcore punk and, in Metallica’s case, became one of the biggest bands in the world. 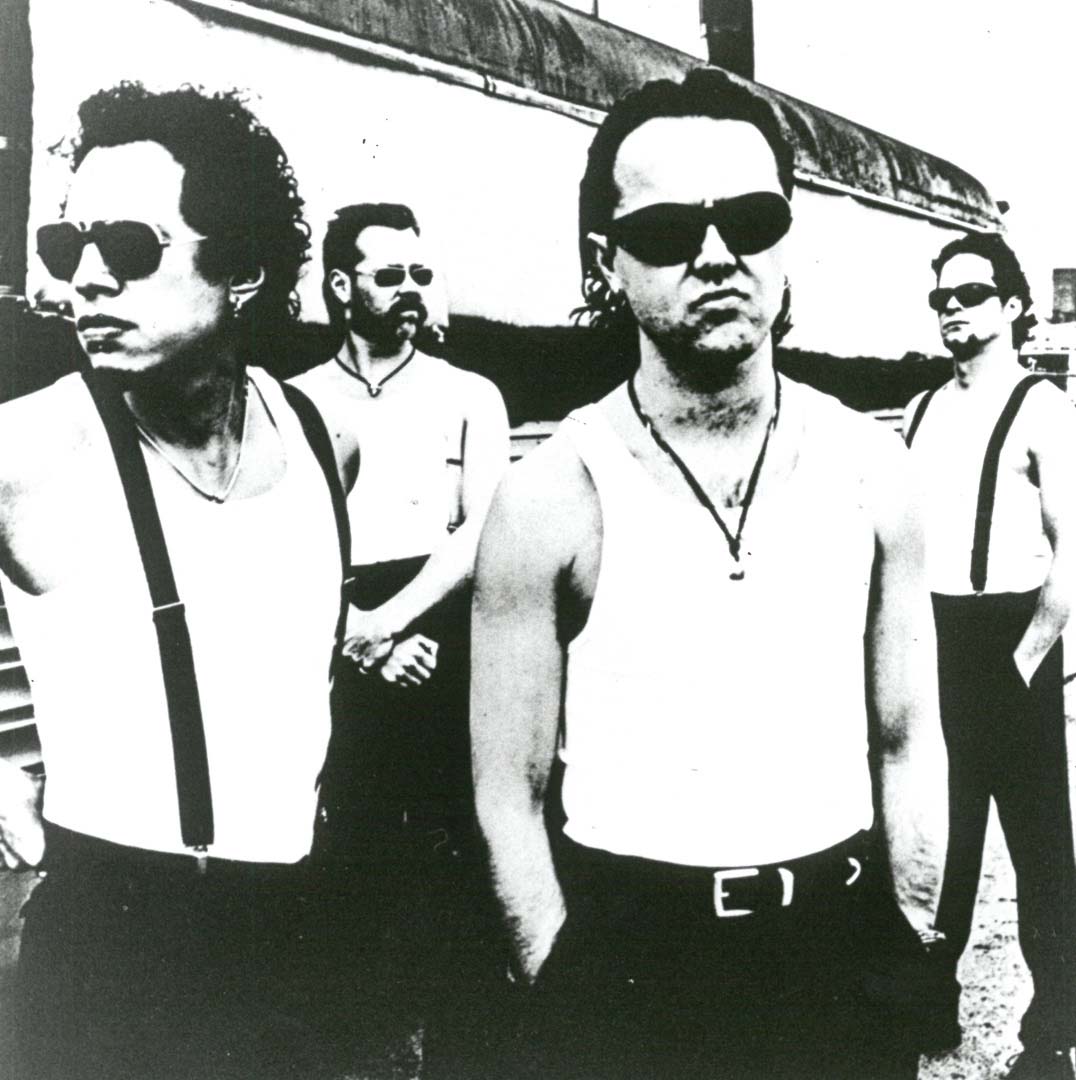 Hot Press would also be remiss if we didn’t point out that Sweet Savage from Belfast played a role in Metallica’s garage days, with the Bay Area thrashers regularly covering ‘Killing Time’ by the NWOBHM cult heroes.

Early thrash also drew on the sometimes overlooked political side of NWOBHM. Lest we forget, the sleeve of Iron Maiden’s second single ‘Sanctuary’ featured an image of their mascot Eddie stabbing the British Prime Minister Margaret Thatcher to death. Thrash has continued to rage against the machine, with the likes of Municipal Waste and Power Trip opening both pits and minds.

“Phil Lynott, Phil Mogg from UFO and Bon Scott were the people who taught me about stagecraft. Thin Lizzy weren’t your standard rock band, there was something different about them. They were bluesy, soulful and lots of other things all at the same time.”

New Irish Songs To Hear This Week
KNEECAP: "The only thing to do is take the piss – because if you don’t laugh, you’d be crying your eyes out"
Student Special: Go Your Own Way – "Keep your options open. Not every decision is final"