If the opening day of Longitude was good, then even better was to follow, with an earlier start and an extraordinary array of top acts on Saturday. But it all led to Stormzy, with the last-minute headliner delivering a powerful and emotional set...

The second day of Longitude starts with  a cloudy sky and a little bit of rain, as the crowd – not in the least bothered by the bad weather – gathers at the main stage to see Bugzy Malone.

The English grime rapper begins with his hit 'M.E.N', which immediately gets the people bouncing. He follows that up with the heartfelt 'Run', a feature-piece with singer-songwriter Rag'n'Bone man, giving the crowd something to sing along to. For those yet to join in the singalong, Bugzy Malone's DJ plays 'Wonderwall' by Oasis: the whole of Marlay Park seems to be singing along. Bugzy Malone then starts into his song 'Memory Lane', which includes lyrics from the famous tune. You just can't go wrong with a little Oasis. After that, the crowd is constantly bouncing along, with songs like 'Bruce Wayne' and the rapper's new hit 'Kilos' featuring Aitch. 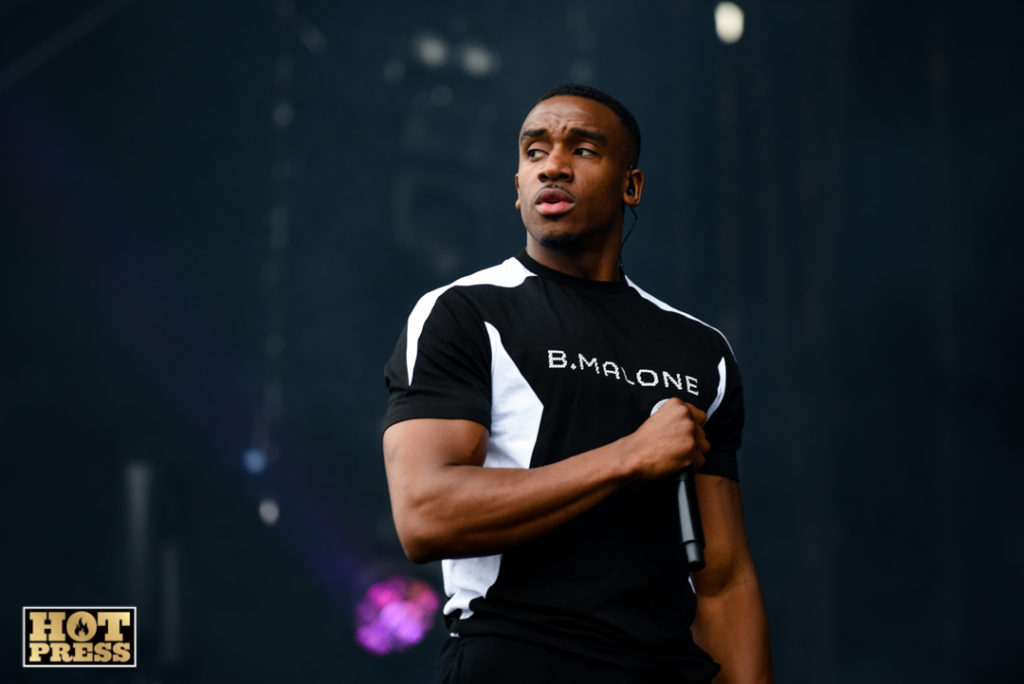 Next on the main stage is American rapper Lil Baby, who has brought a few dancers with him. His first song 'Pure Cocaine' immediately confirms his ability to spit the lyrics fast, getting the crowd hyped up for what's coming next. Every drop strikes a match with the audience: they dance around to songs like 'My Dawg', upstaged only by one of Lil Baby's dancers, who performs multiple backflips! After all these bangers, the audience is happy to slow down and sing along to the hit 'Close Friends' featuring Gunna, who took the main stage with huge success the day before.

With football references and a gigantic skull on stage, Longitude's line-up continues with English rapper Dave, who confesses his love for Ireland multiple times during his set. "Ireland, I'm home," he says and it feels kinda appropriate. Songs like 'Voices' and 'Samantha' are more on the melodic side and the lyrics are deeper than in most rap tunes. That Dave's lyrics have a specific importance is underlined by the fact that some of them are written on the screen behind him while he performs the songs.

'Hangman' stands out as an emotional outpouring, with the rapper referring to criminality and growing up on the streets. You believe the man, every word he sings. But it's not all deep and melancholic songs either. For his hit 'Thiago Silva', Dave welcomes his mate AJ Tracey on stage. 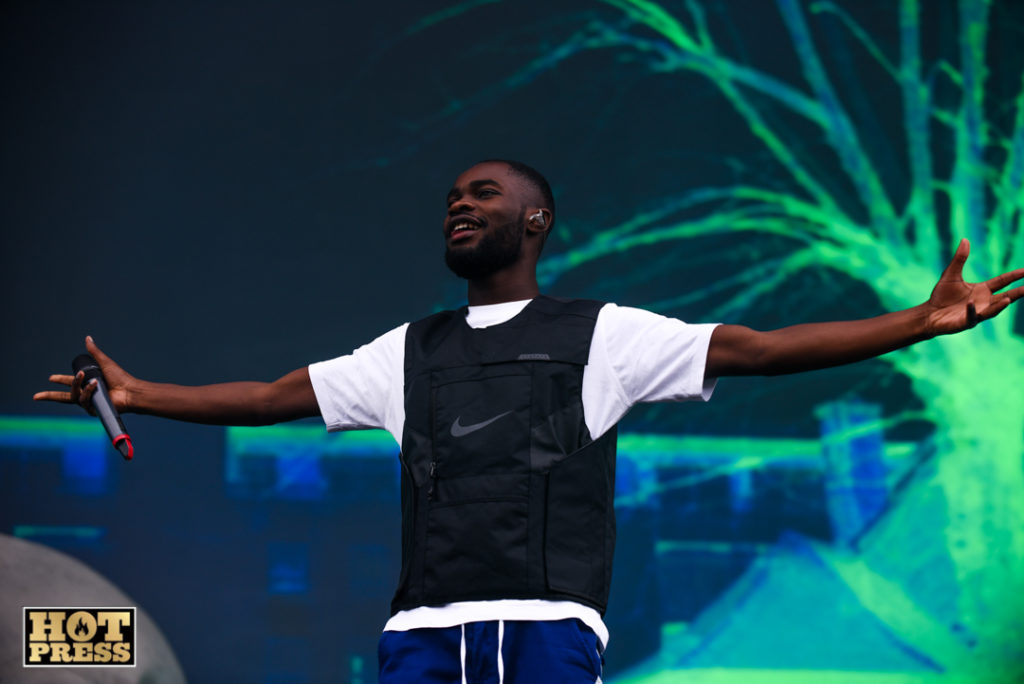 Next, we make a detour to catch Suicideboys away from the main stage. The music couldn't be more different, as they play a mixture of hiphop and a little bit of heavy rock. Their performance is highly energetic and the audience is already going wild during the first song 'Carrollton'. The atmosphere in the big tent is amazing, a perfect place to experience Suicideboys' heavy tunes. Songs like '2nd Hand' and 'Aliens Are Ghosts' are welcomed by the crowd with moshpits and frenetic jumping.

Now back to the main stage for Anne-Marie. As one of the few female acts at Longitude 2019, she attracts a more girly crowd: they know the lyrics to hit songs like 'Ciao Adios' and 'Alarm' by heart. In fact, they sing so loud you can't even hear Anne-Marie anymore. The screaming and shouting becomes even more ear-piercing when a video is shown of people describing what perfect means to them – amongst them James Arthur, Ed Sheeran and Shawn Mendes. Stimulated by the frenetic audience, Anne-Marie delivers flawless vocals combined with a great energy. Even the sun comes out for the joyful tunes by the English singer. 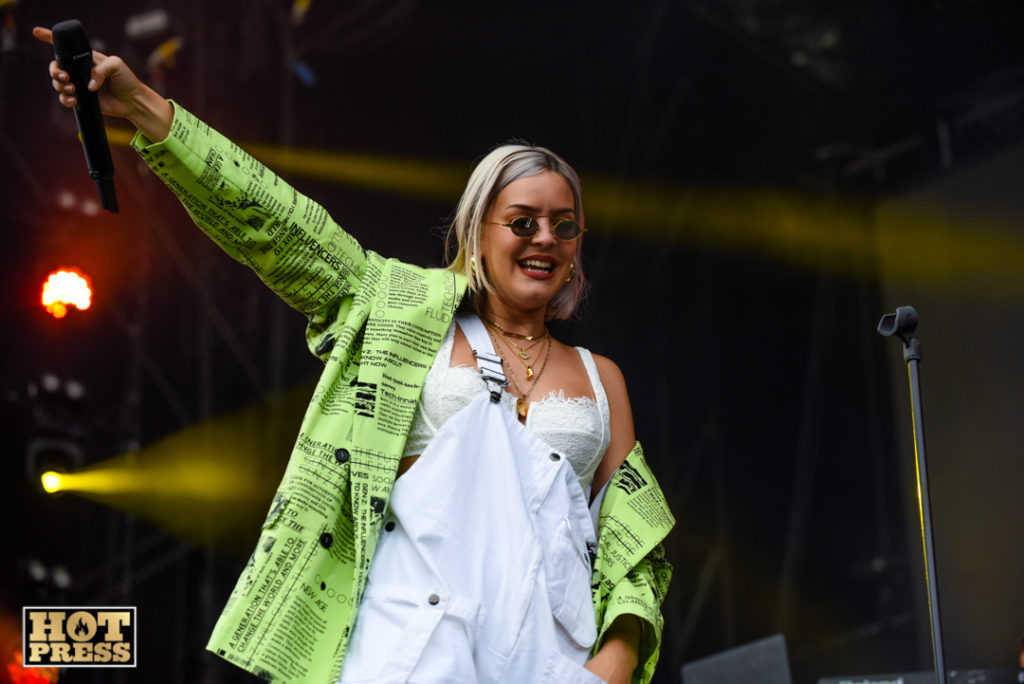 Anne-Marie at Longitude 2019 by Miguel Ruiz.

Nevertheless, we have to leave the sunny atmosphere of the main stage because American rapper Aminé is getting ready to rock in the big tent. The audience couldn't possibly be more hyped up when he takes the stage. The whole tent is packed, everyone eager to see Aminé perform his hit songs 'Shine', 'Reel It In' and 'Caroline'. With a lot of smart pop culture references and loads of positive energy, Aminé created a fun atmosphere that could only be topped by one other... 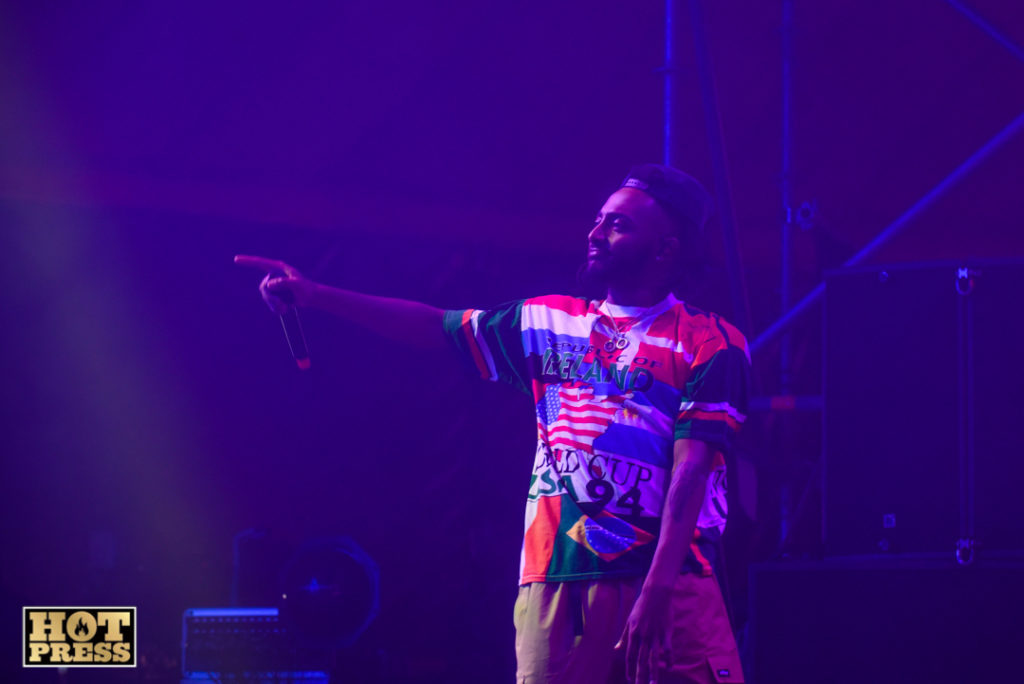 Amine at Longitude 2019 by Miguel Ruiz.

By the time Stormzy steps onto the main stage, everybody has already experienced an amazing festival day. No one, however, was as energetic, joyful and touching as the British rapper. Throughout his set, he never gets tired of emphasising how much he loves performing in Dublin, recalling his first ever headline show at Longitude 2017. Originally, Chance the Rapper should have headlined this year's festival at Marlay Park. "It was the easiest yes that I ever said in my life," Stormzy relates, referring to the call he got after Chance the Rapper cancelled. "I'm so happy Chance the Rapper couldn't make it!" And he's wearing an Irish football jersey to confirm his love! Either way, you can see that he means it, as he performs songs like 'Shut Up', 'Cigarettes and Cush' and 'Vossi Bop' with everything he has.

Stormzy ends his amazing performance with the tearjerker 'Blinded By Your Grace, Pt. 2'. As he watches the sea of lights created by mobile phones, he gets visibly emotional. Clearly he is as overwhelmed as we are by a moment that so perfectly captures a day of Longitude magic.